The title is short for Neko Paradise which means “Cat Paradise”. 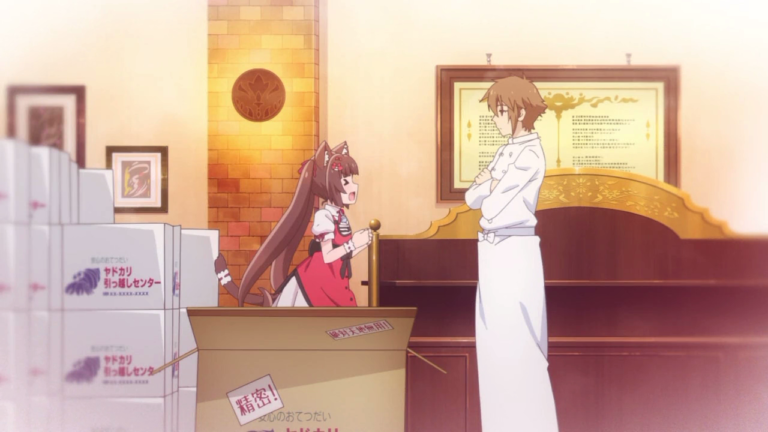 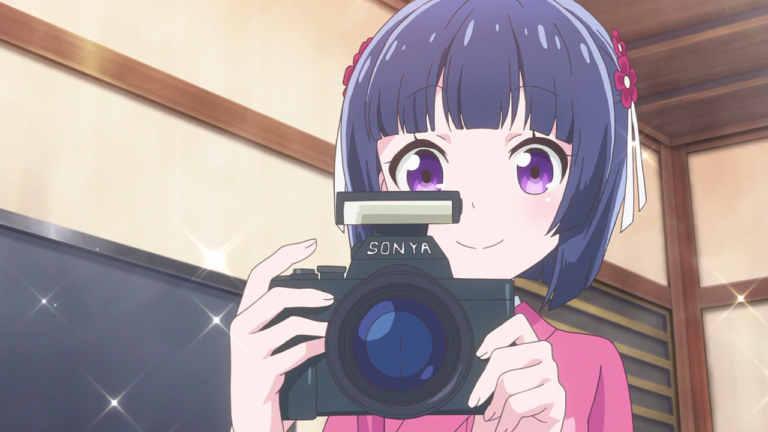 SONYA is a parody of SONY 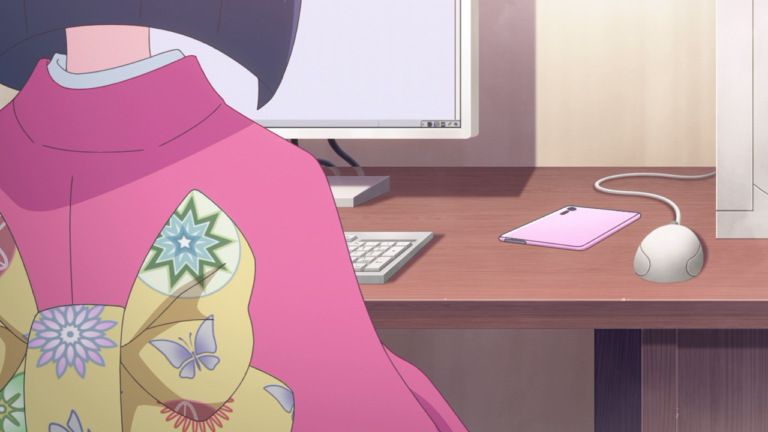 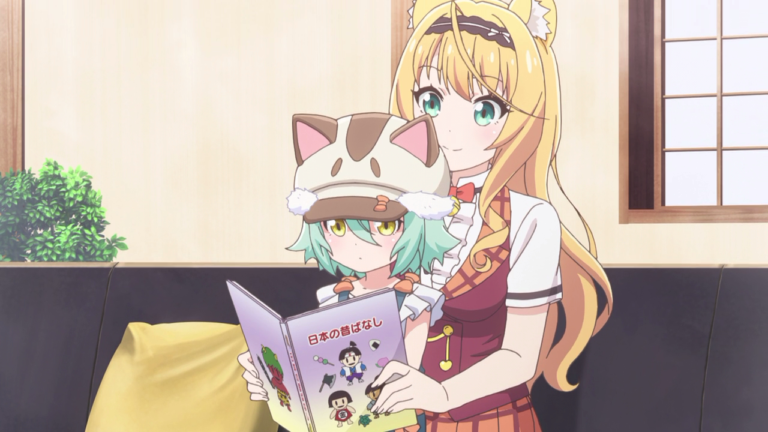 The characters on the front of the book include Aka Oni / Red Oni, Momotarou, Kintarou. The story Maple was reading to Cocoa which involved a grandpa and granny living somewhere and then one day the granny was about to do something is probably the Momotarou story. 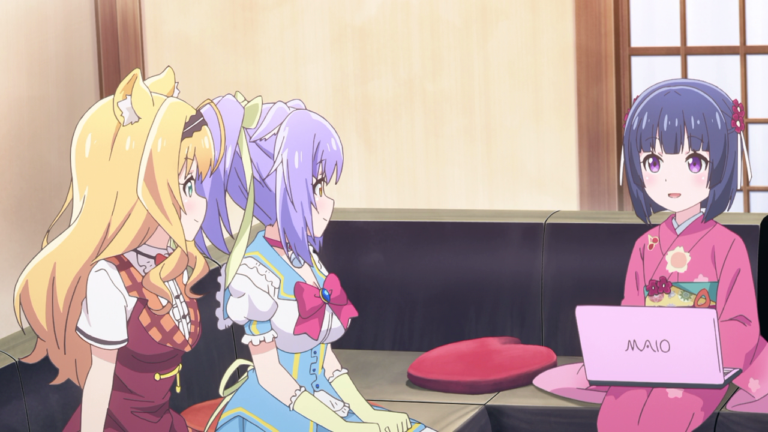 MAIO is a parody of VAIO 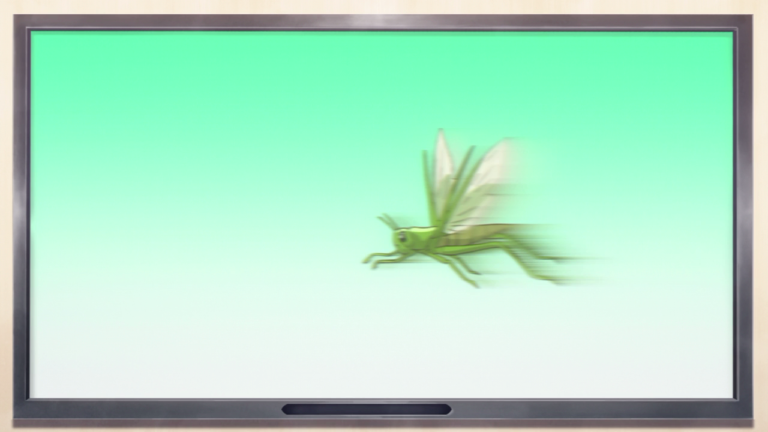 The 3 animals shown flying across the screen, taka / hawk, tora / tiger and batta / grasshopper are the 3 animals that form the Tatoba Combo used by OOO from the Kamen Rider OOO tokusatsu drama.