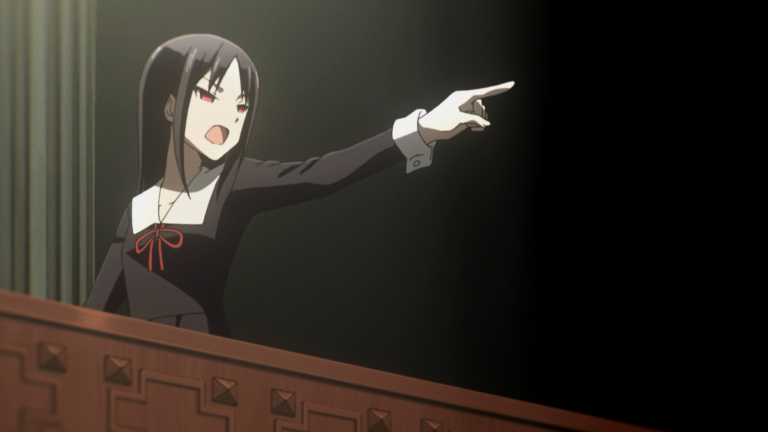 Kaguya (Ice)’s pose appears to be the “igi ari / objection” pose from the game Gyakuten Saiban / Ace Attorney. The situation and actions also resembling court cases in the game. 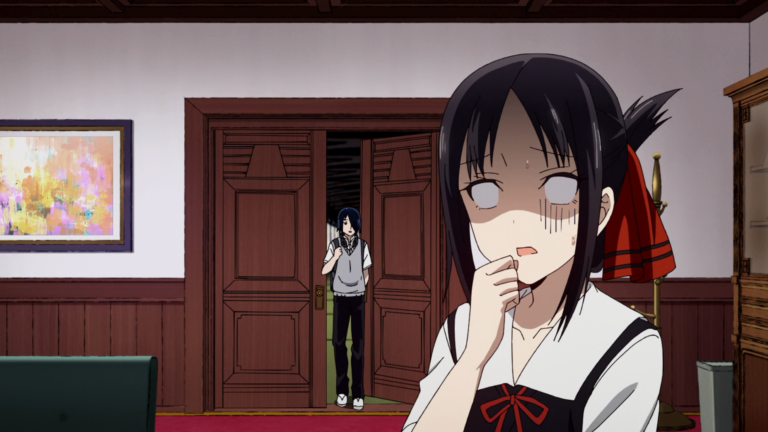 4:14 Shinomiya Kaguya’s “Kei-san” and “Kei-chan” addressing of Shirogane Kei were both translated as “Miss Kei”, which did not reflect the honorific title difference.

4:56 Kaguya said “sou deshita” (literally “that’s how it was”) which was translated as “I had no idea”. But probably she did know and just forgot but was reminded by Kei’s story. 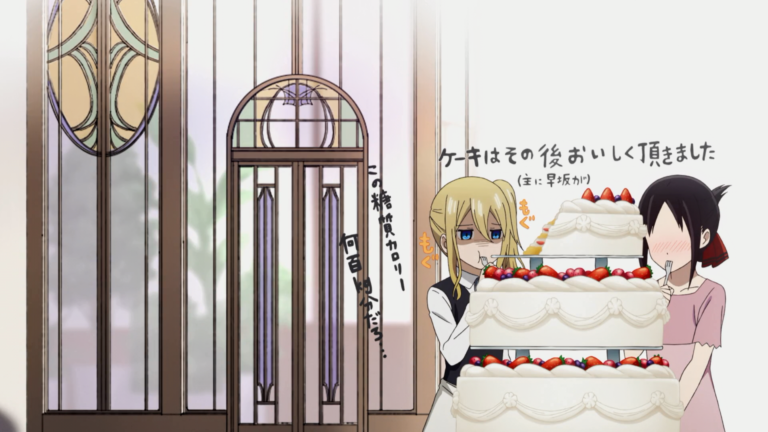 The left-most vertical line of text seemed to be untranslated. It meant roughly “how many hundreds of kg worth?” in relation to the amount of calories of the cake. Also the orange text was untranslated. They were “mogu mogu“, the onomatopoeia for chewing sounds. 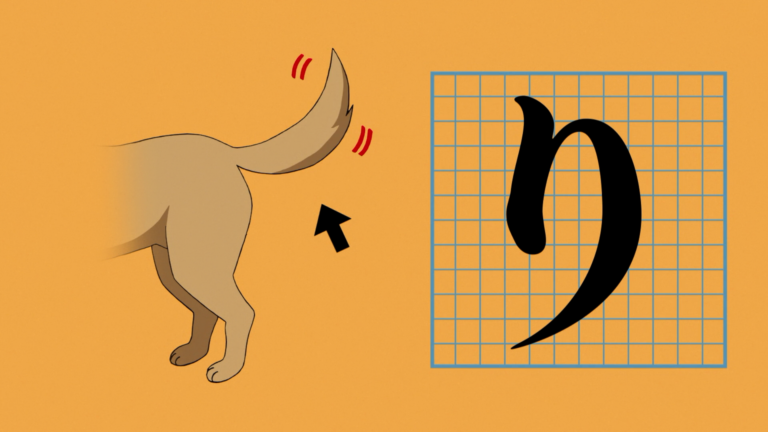 The strange picture of the dog(?)’s tail (shippo) and the “り / ri” hiragana form the word “shippori” (which means “fondly/moistly”) said by Fujiwara Chika in her line “shippori yattetakatta deshou” meaning “(you) wanted to do it fondly/moistly, right?”.