3:13 The opening theme sounds like a combination of the song Y.M.C.A and In the Navy by Village People. 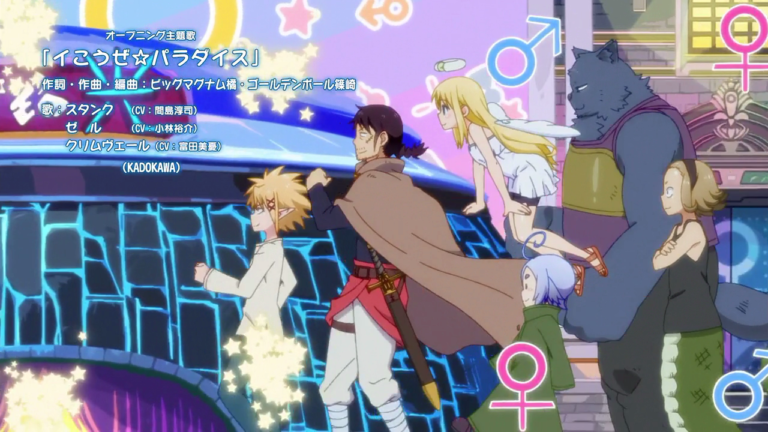 The song name is “Ikou ze☆Paradaisu” (Let’s go☆Paradise) and is possibly a parody of the Village People song title Go West. The name of the opening theme lyricist, composer and arrangement is “Big Magnum Tachibana・Golden Ball Shinozaki(?)” which seems to be another name for the musical group Massive New Krew. “Golden Ball” in Japanese is “kintama” which is the same word for “testicle”. 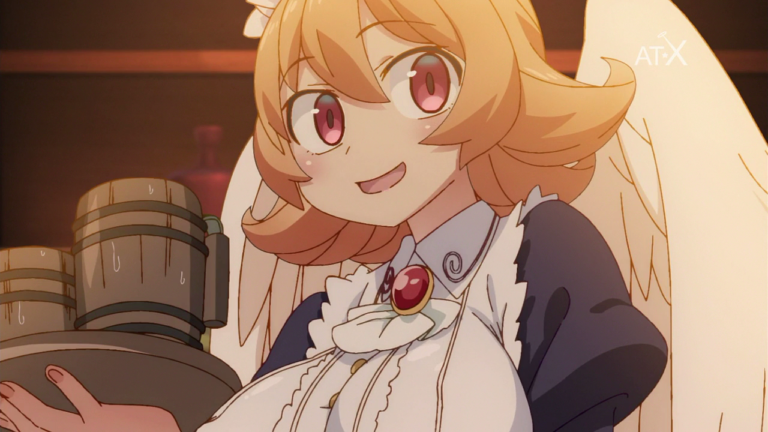 Meidri’s name in the Japanese is “Meidorii” which is probably is a pun combining the 2 words “meido” (maid) and “dori” (bird).

8:00 Stunk said “haaremu no shumi wa tashika ni yokatta” which was translated as “he did like his harems”, but should be more along the lines of “(his) harem was definitely good”. That is, Stunk was praising his father’s harem rather than saying his father liked harems or his harem. 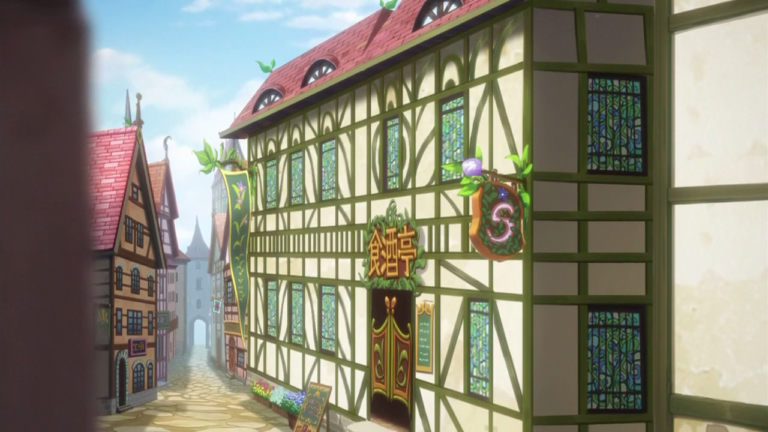 The name of the eating and drinking place was “shokushutei” (literally “food alcohol restaurant” and translated as “Ale’ n Eats”). “Shokushu” is also a homophone for “tentacle”, so it also sounds like “tentacle restaurant”.

15:32 Kanchal said “zatsu” which means “sloppy” but was translated as “rough” which is ambiguous with the “intense/violent” rough instead of being clearly “crude/not careful” rough.

16:25 Stunk calls the reviews “anna rakugaki” which is literally “those scribbles”, but it was translated as “little opinion piece”. The translation does not seem to convey the low opinion he has of the reviews.

18:26 “Yuuyokujin” was translated as “birdmaid”, but is more literally “winged person”. “Birdmaid” suggests the species are all females which is possible but not yet confirmed in the anime at least. 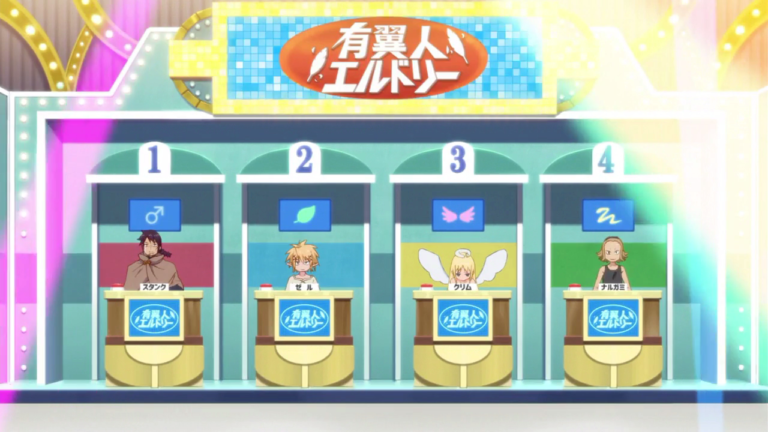 The quiz show-like thing was a parody of Quiz Derby, the Japanese version of the American TV game show Celebrity Sweepstakes. In particular, the stage looks like the Japanese version, not the American version. Also the name of the “birdmaid” was “Eldri” (“Erudorii” in Japanese). The “dorii” is probably from “dori” (bird), but it is unsure where “eru” would come from.

19:39 Zel says “sekisei inko naranu sekushii inkou“ (literally “not a budgerigar but a sexy obscenity”) which was a pun on “sekisei inko” (budgerigar) “sekushii inkou” (sexy obscenity). The line was translated as “Parakeet? More like gonna skeet!” which seemed to be a pun relevant to birds and ejaculating while keeping the parakeet meaning intact. 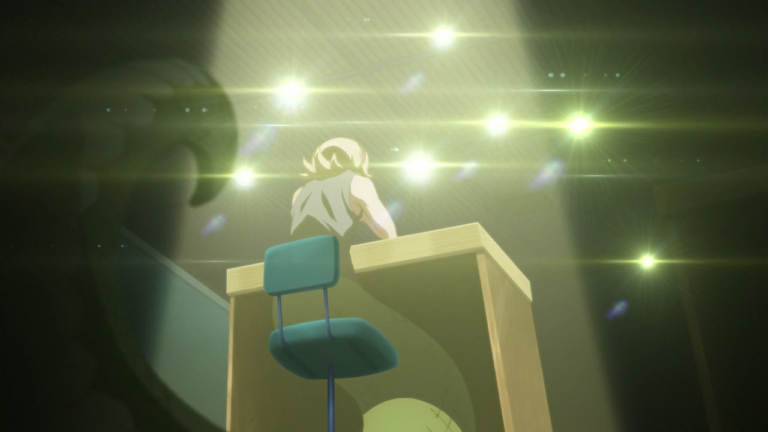 The lamia said “hebi no namagoroshi” which was translated as “talk about cold-blooded”. Literally it means “half-killing a snake” and figuratively refers to “leaving something unfinished with the intention of inflicting suffering”. It is an elaborate joke involving him both being a snake and him having gotten aroused only to be left unable to finish.

20:33 “Kandou ei” was translated as “real sensitive” but probably meant “sensitivity (level) A” as if there were some kind of sensitivity grade scale where A > B > C, etc.. 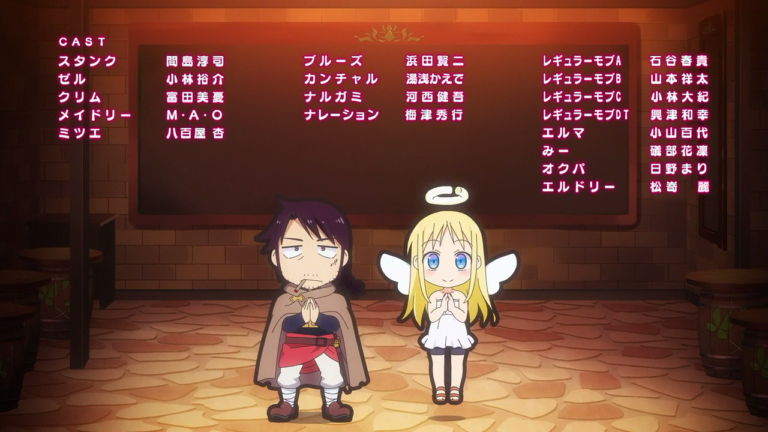 In the cast names is “レギュラーモブＤＴ” which means “regular mob (character) DT”. It is a pun on “D” and “DT“, where D is the letter after “C” as in the previous 3 regular mobs directly above that name and where “DT” is short for “doutei” which means “(male) virgin”. The name is for the lizardman who was teased about being a virgin after his comments on the reviews.