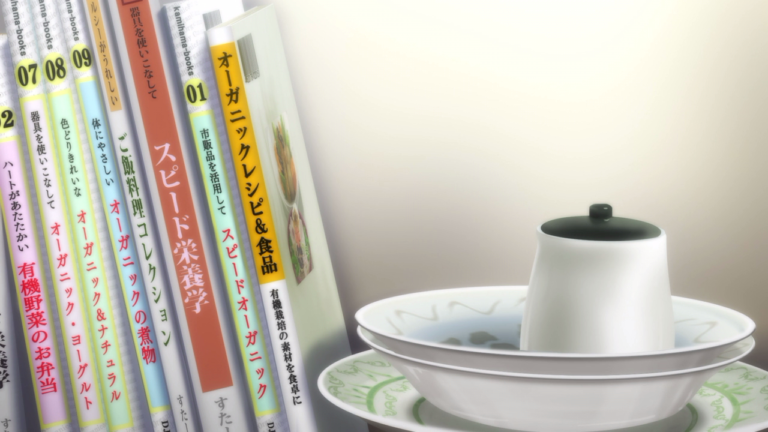 The books shown were those related to cooking, food and, particularly “organic”.

4:51 “nando mo kakunin shita” was translated as “I checked and double-checked“, but it should be more like “I checked many times“. The number of times checked could have been many times more than just twice. 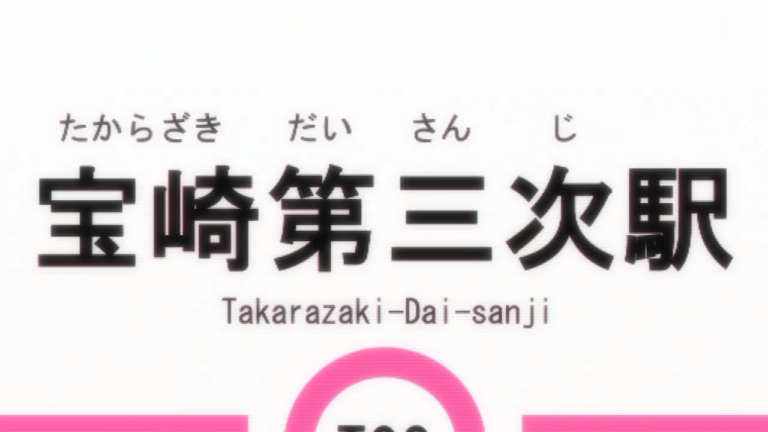 5:12 “kaji mo dekiru wo shiteru desho” was translated as “you know I can do all the chores”, but more literally is “(you) know (I) can do the chores too, right?”. That is, she is known to be able to do the chores on top of other things as well. 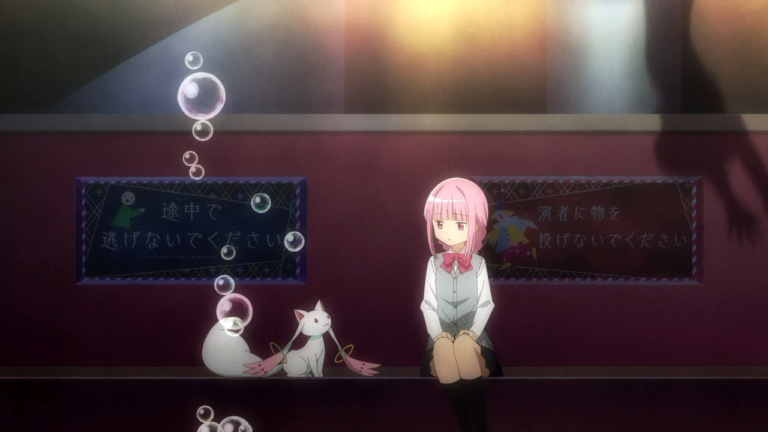 The two signs for some reason were not translated. Respectively, they are roughly “Please don’t run away in the middle (of the show probably)” and “Please don’t throw things at the performers”.

7:54 The teacher’s line’s translation only had “business trip” and no mention of “overseas” which was said in the Japanese.

8:19 “tamaki-san cchi tte ima oya inai no” was translated as “Tamaki, your parents are out of the country right now?”, but is more like “Tamaki-san’s house right now has no parents?”. This time, there is no mention the parents being overseas, yet the translation did have that detail. It would be strange for the one who overheard the conversation and then pass it on to the friends to think the parents are on an overseas business trip despite the previous translation never mentioning “overseas”. Business trips are not necessarily overseas and her parents could be out of the house even without being out of the country.

9:57 “jouhou koukan wa taisetsu desu kara” was translated as “it’s important to keep our information updated“, but is more literally “because information exchange is important”. Probably it is less ambiguous to mention that they are sharing information with each other rather then having information that is up to date.

15:38 “Uwasa” was left untranslated for some reason. Possibly it is a foreshadow of some sort. Typically, “uwasa” means “rumour” in Japanese. 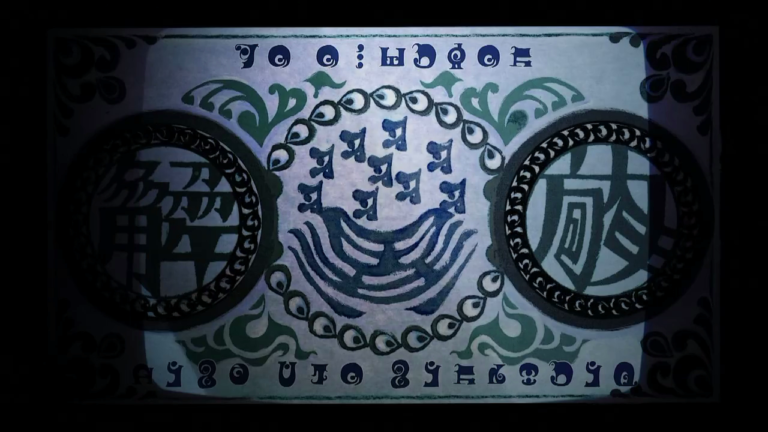 The runes when deciphered reads “we escaped from the ordinary”. 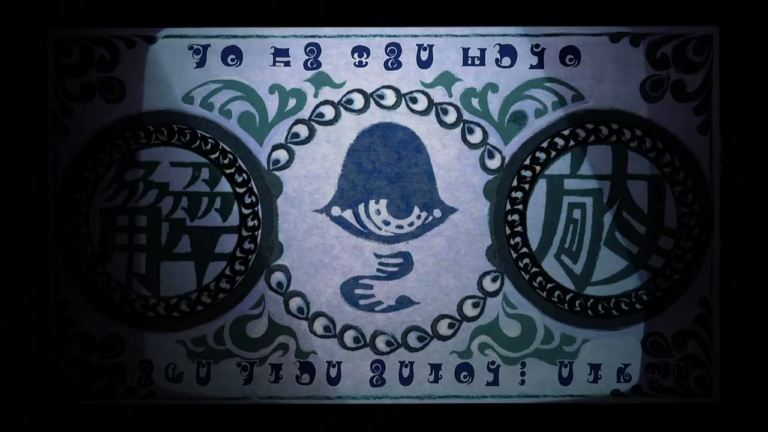 The runes when deciphered reads “we do not care but what others think”. 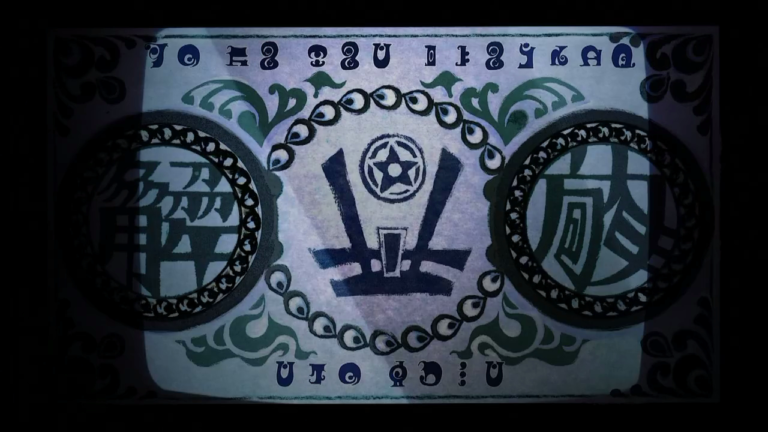 The runes when deciphered reads “we do not glorify the past”.

The runes when deciphered reads “we do not tolerate anger”. 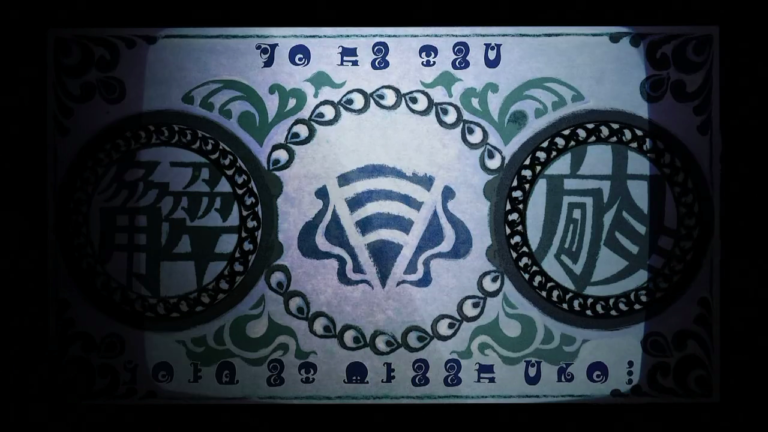 The runes when deciphered reads “we do not rely on blood ties”. 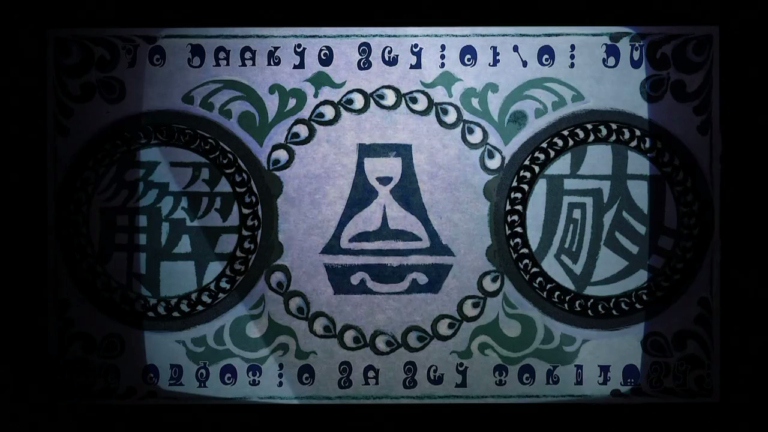 The runes when deciphered reads “we affirm ourselves at expense of our neighbor”. 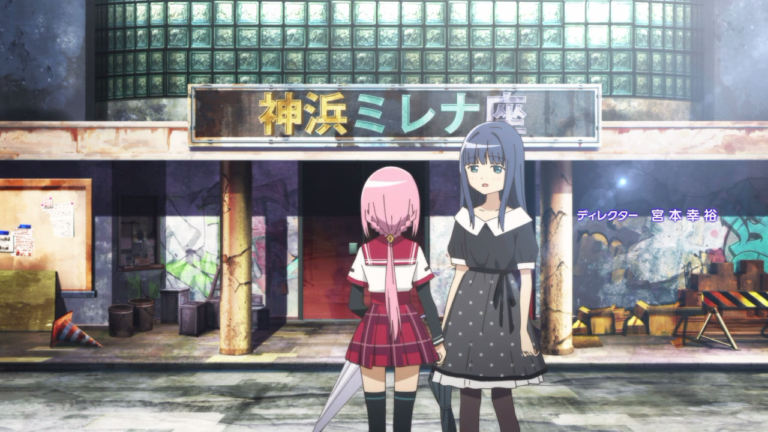 The sign reads “Kamihama Mirena Za”. The “Za” probably is used as a counter for “theatres”.

Many of the wishes were left translated. From up to down then left to right, most of the wishes are (possibly some non-wish signs are mixed in): 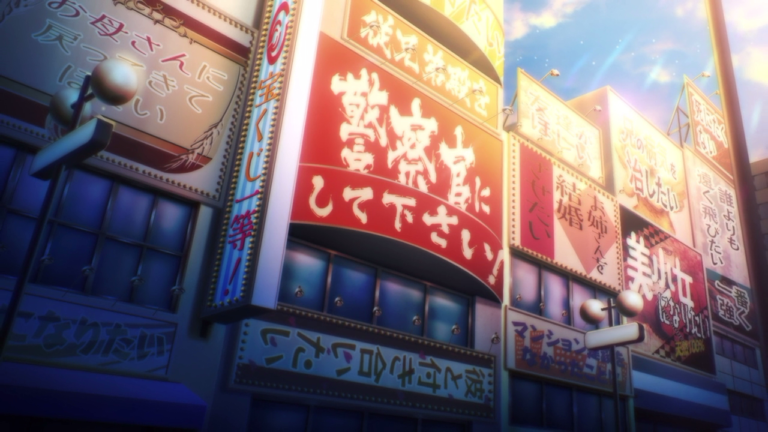 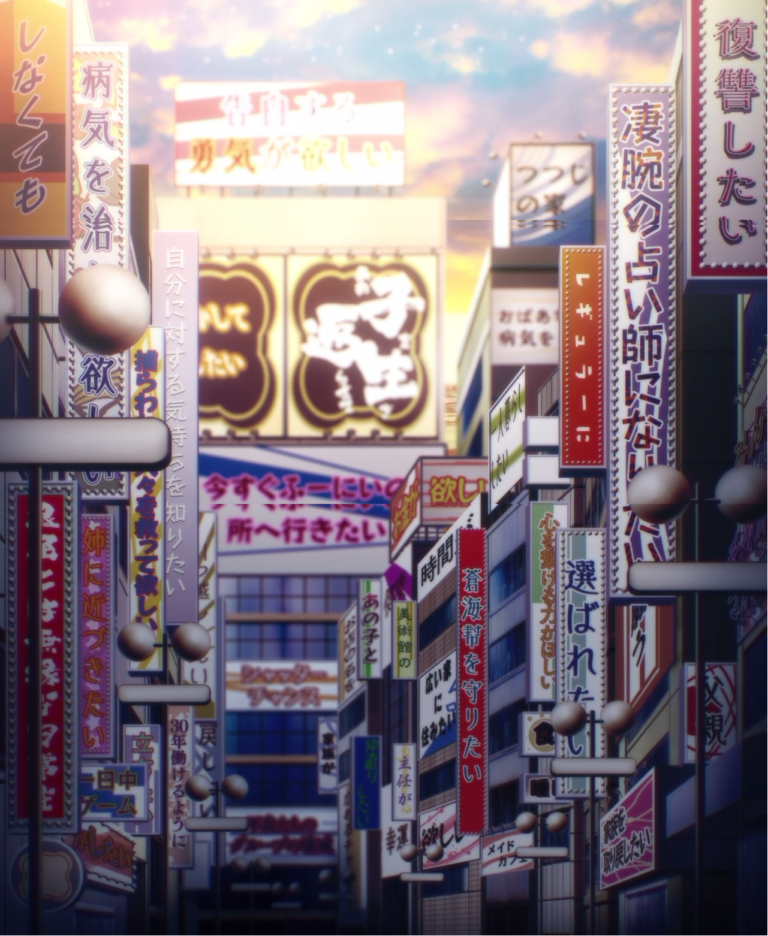 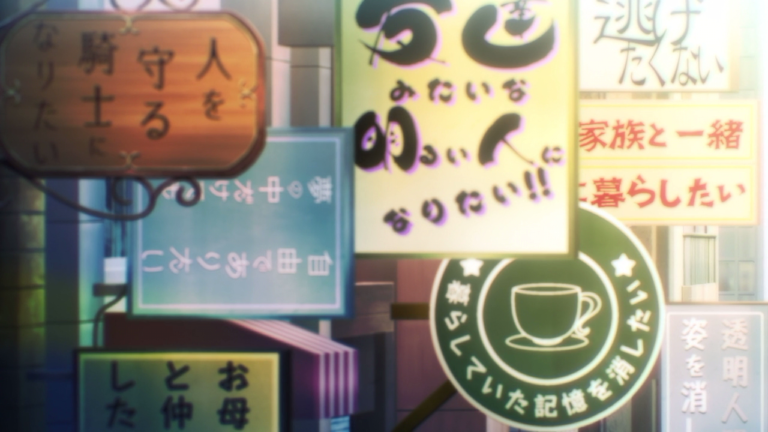 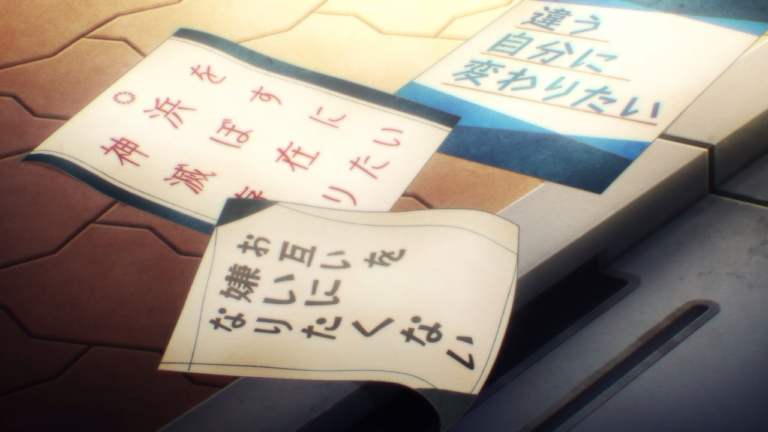