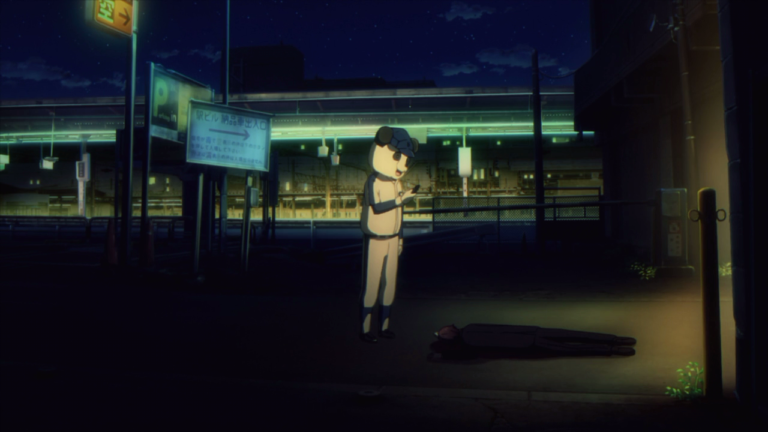 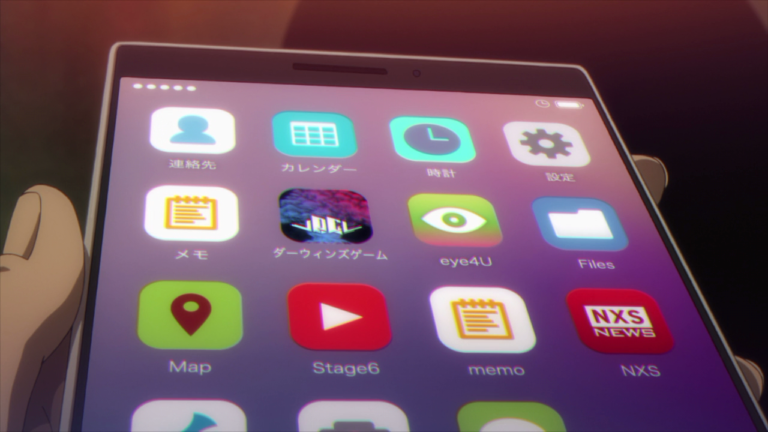 Sudou Kaname’s phone screen had 2 “memo” apps for some reason (second row first column and third row third column). The first one’s app name is written “メモ” which is the katakana for “memo”. 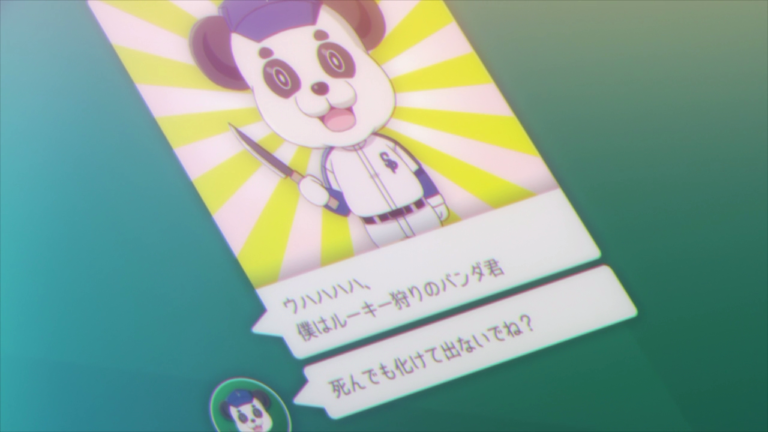 Banda-kun’s messages to Kaname was untranslated. They meant “uhahahaha, I am the rookie-hunter Banda-kun” and “Even if (you) die, don’t take the form of a spirit and appear, okay?”. (Note: “uhahahaha” is laughing sounds). 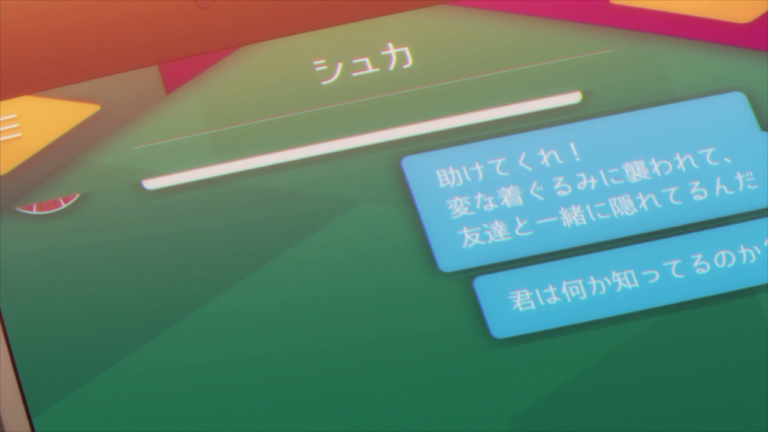 Kaname’s messages in blue were untranslated. They meant “Save me! (I) was attacked by a weird character costume, I am hiding together with a friend” and “Do you know something?”. 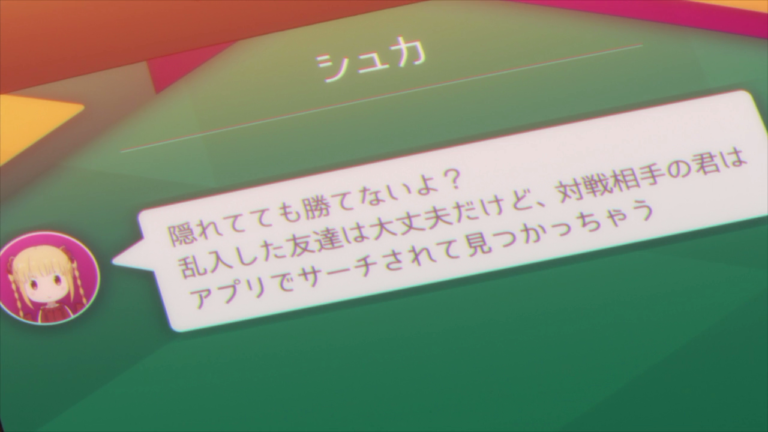 Shuka’s message was untranslated. She said “Even if (you) hide, (you) won’t be able to win? (Your) friend who barged in is fine, but you, the opponent in the competition are being searched by the application and will be found”. 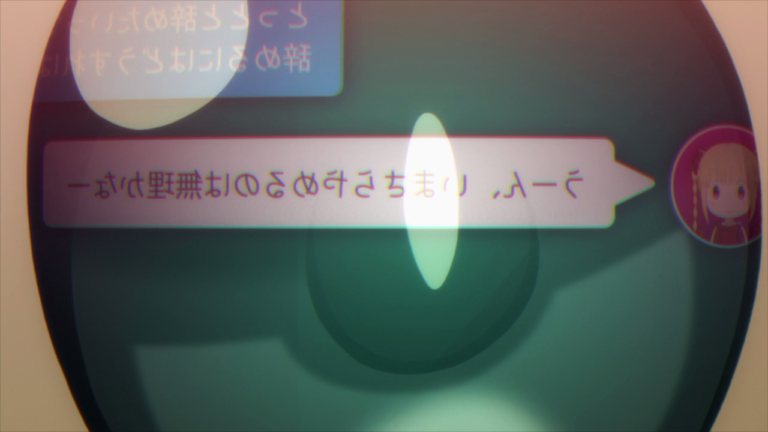 Top message in blue is from Kaname and says “(I) want to quit already… To quit what do (I) do…”. The reply from Shuka is “uun, quitting at this point in time is impossible, I’d say”. 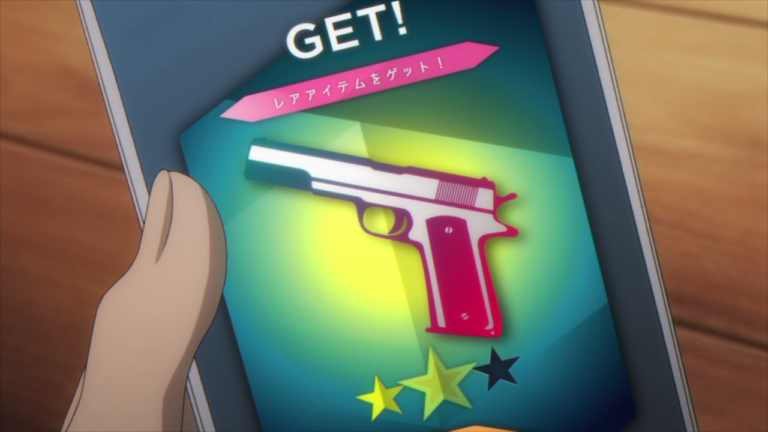 The text in the pink thing under “GET!” means “got rare item!”. 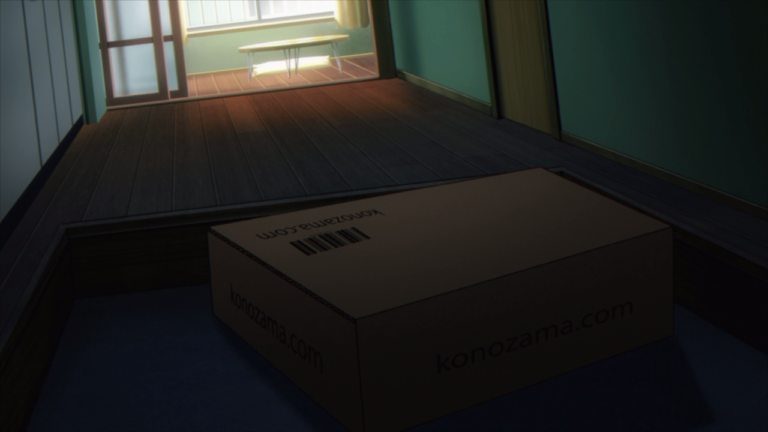 “konozama.com” is a parody of “amazon.com”. Further, “konozama” means “this sorry state”. 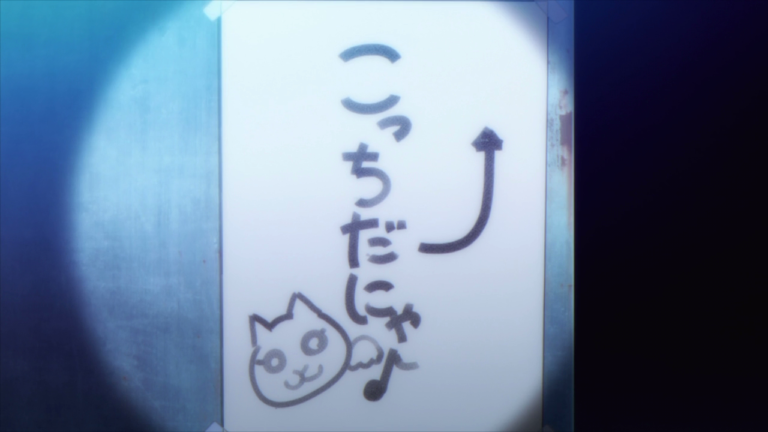 The sign “kocchi da nya ♪” was translated as “THIS WAY”, which is correct in the meaning but left out the “nya” cat cry. 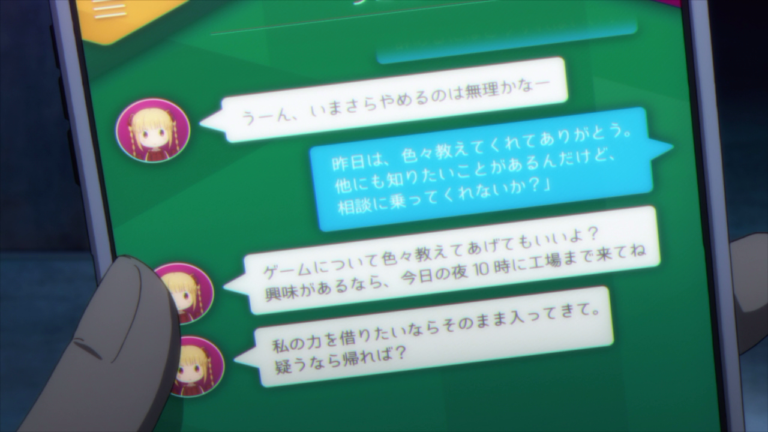 The top messages which were untranslated meant:

33:35 “kono koujou denki kiteru ka yo” was translated as “the factory’s got a remote-controlled door”, but should be more like “there’s electricity coming to this factory?”. It is not known if Kaname knew the door was remote-controlled. It may have just been

36:45 “ippatsu irenakya ki ga sumanee” was translated as “love to put a bullet in the head”. More literally, it meant something more like “(I) won’t be satisfied until I put in a shot”. That is, the “shot” is not necessarily a bullet, but could be a punch, for example, and not necessarily into the head.

40:37 “arakajime ni me wo kurayami ni narashite oita kara naa” was translated as “eyes adjusted to the darkness after first setting foot in here”. However, it is more literally “because (I) left (my) eyes adjusted to the darkness beforehand”, where “beforehand” is probably the time he spent with his eyes closed after the lights went out rather than the time when he first went inside the factory. 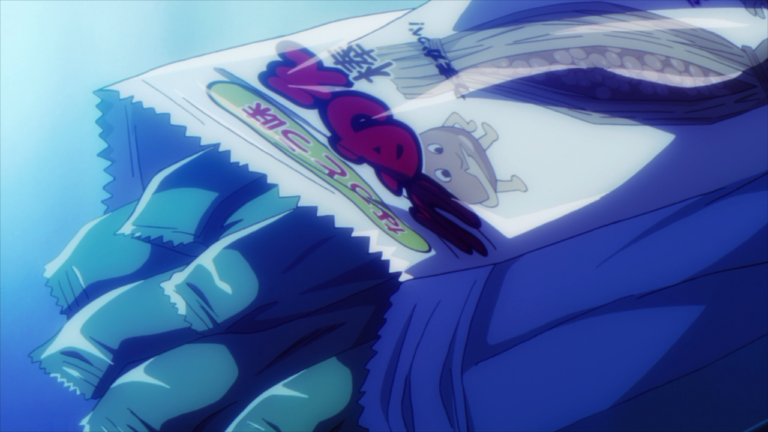 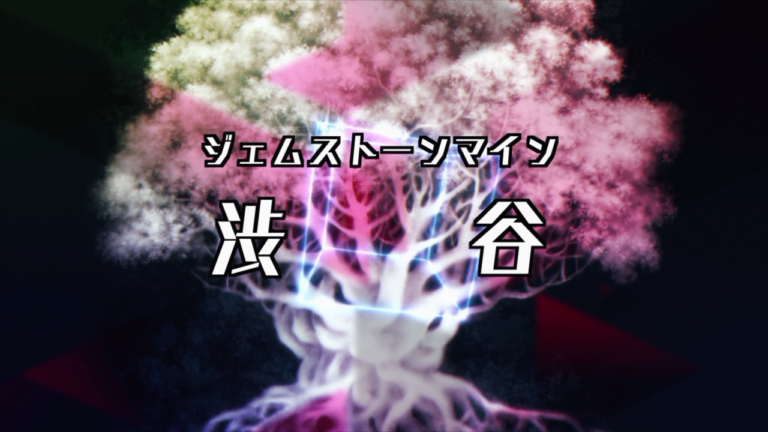 The top text for the next episode title is in katakana and reads “gemusutoonmain” (gemstone mine). However, the bottom 2 kanji characters can read “Shibuya” or “Shibutani” among other readings. It is possibly the name of someone or something.