7:55 The strip and scenic background after first tasting the food is possibly a parody of the food-eating reactions from the manga Shokugeki no Souma / Food Wars!: Shokugeki no Soma. 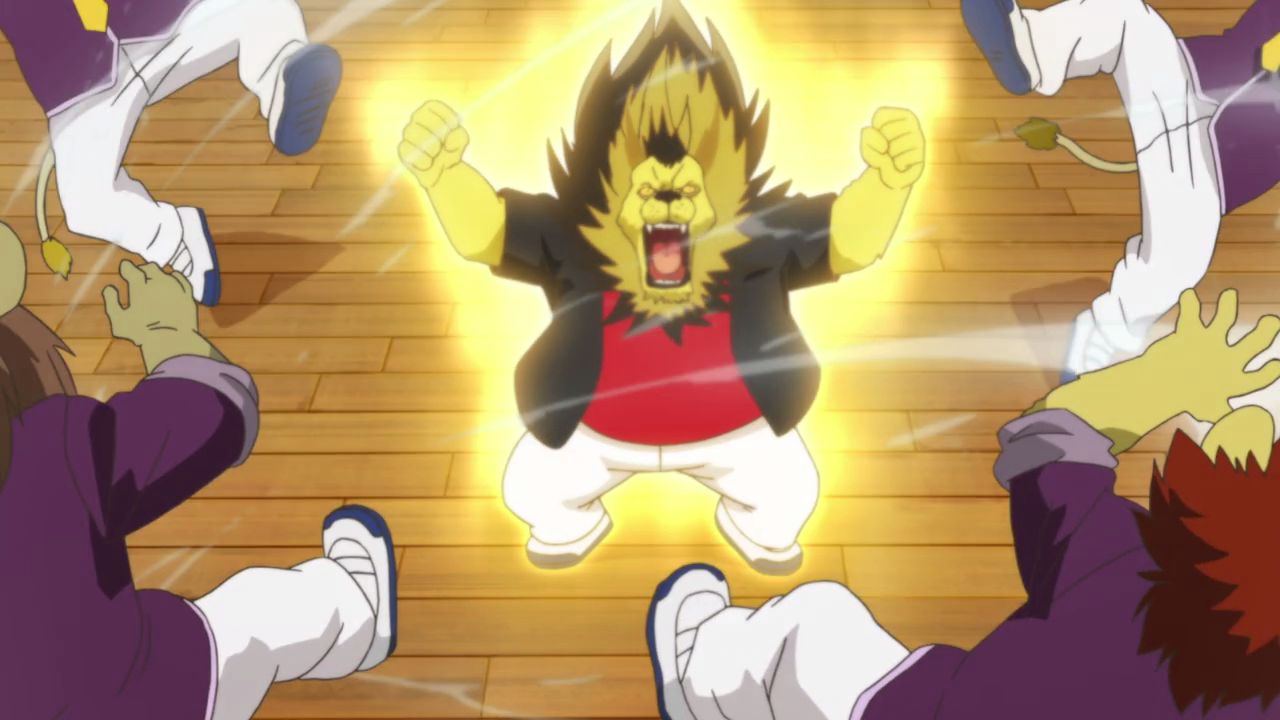 Shishino King’s burst of yellow glowing power is possibly a parody of the Super Saiyajin / Super Saiyan from the manga Dragonball. 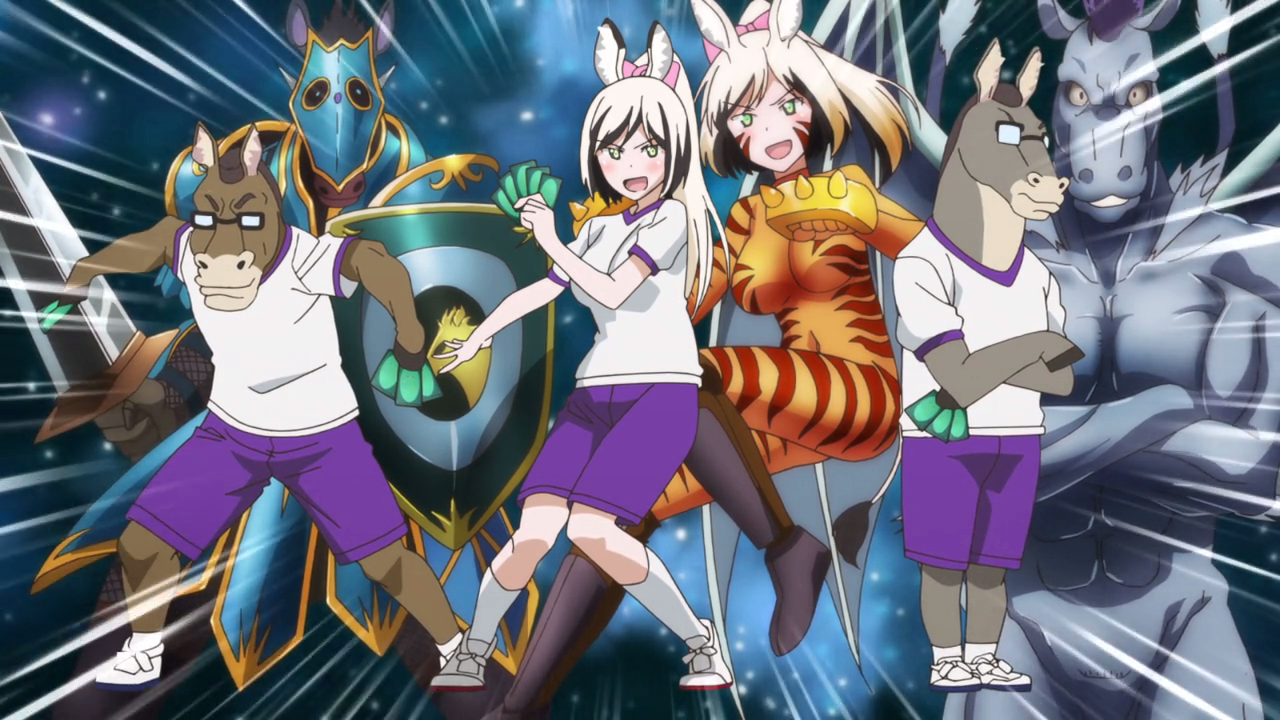 The card game called “Magic: the Donkeys” and it’s card design is possibly a parody of the real card game Magic: The Gathering. 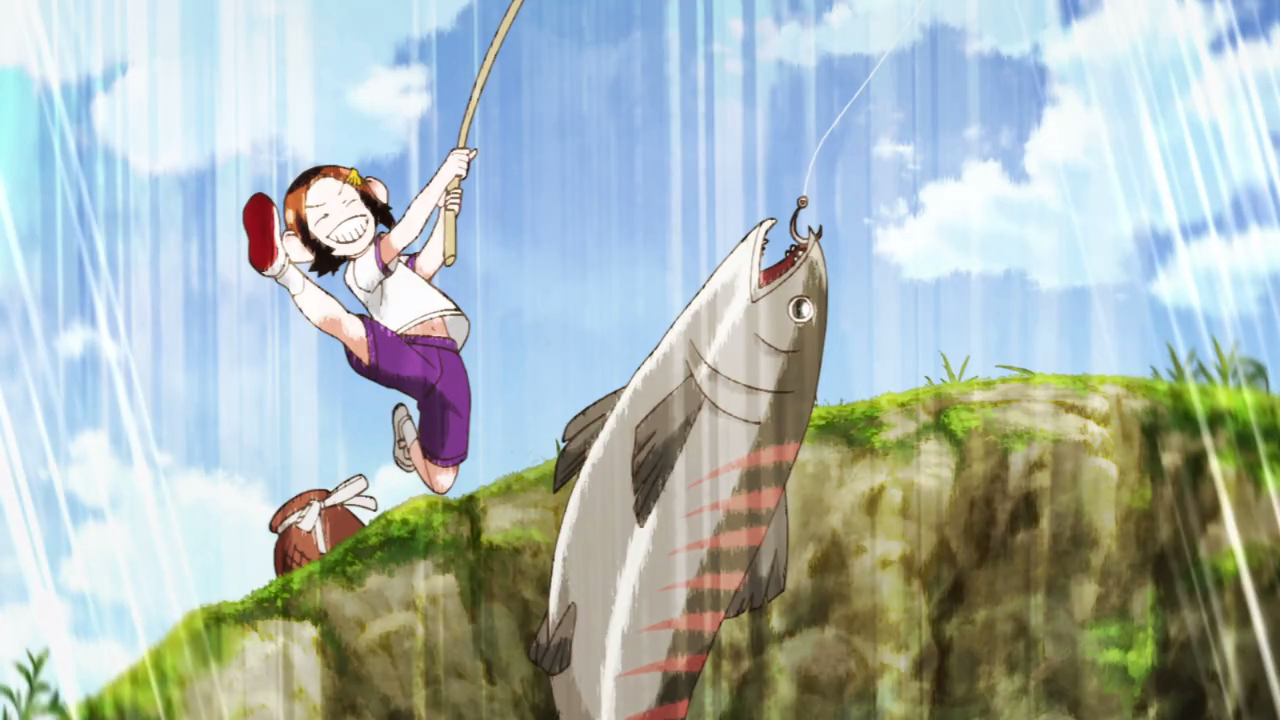 The fishing and pose done by the chimpanzee girl Saruhara Pan much resembles that of some of the poses of character Mihira Sanpei from the manga Tsurikichi Sanpei / Fisherman Sanpei. 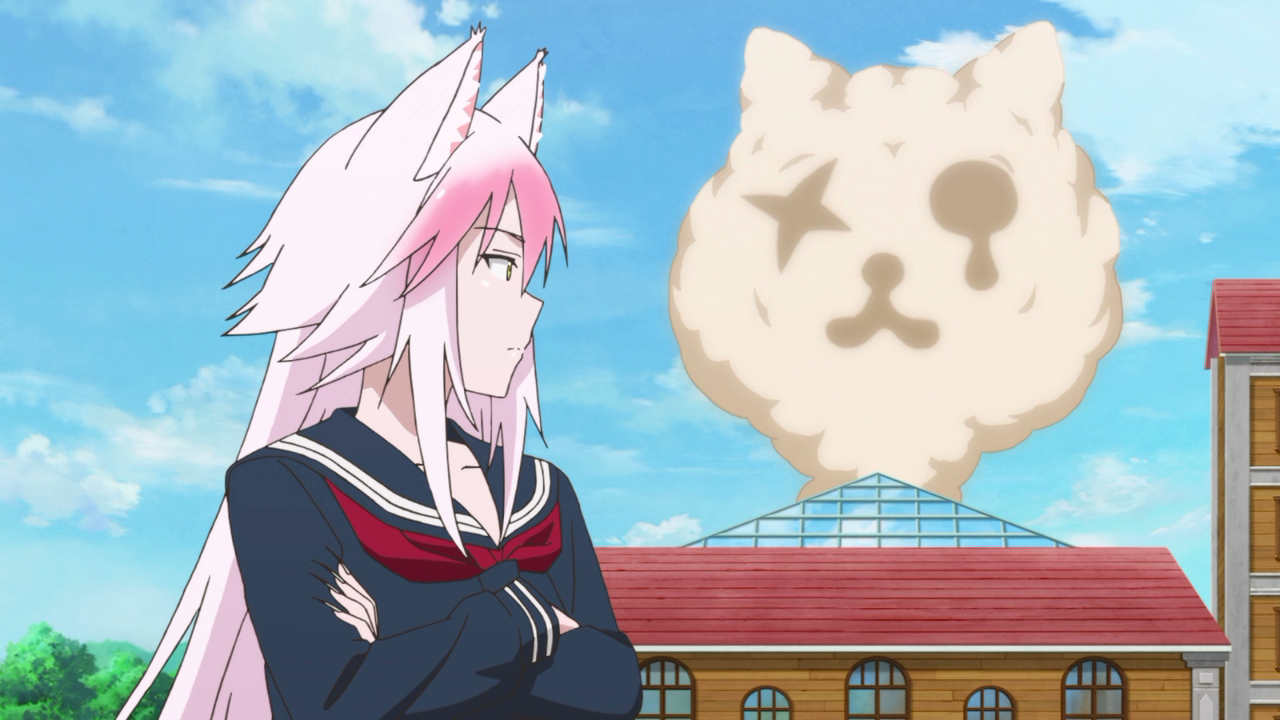 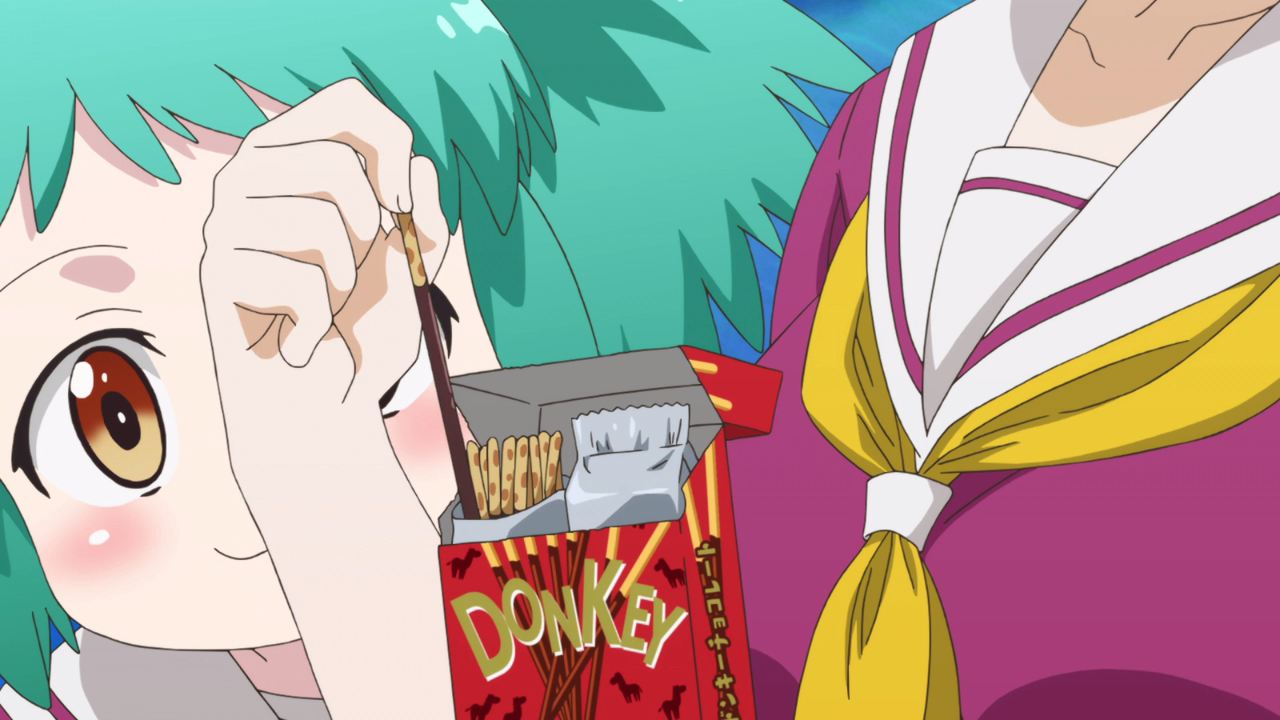 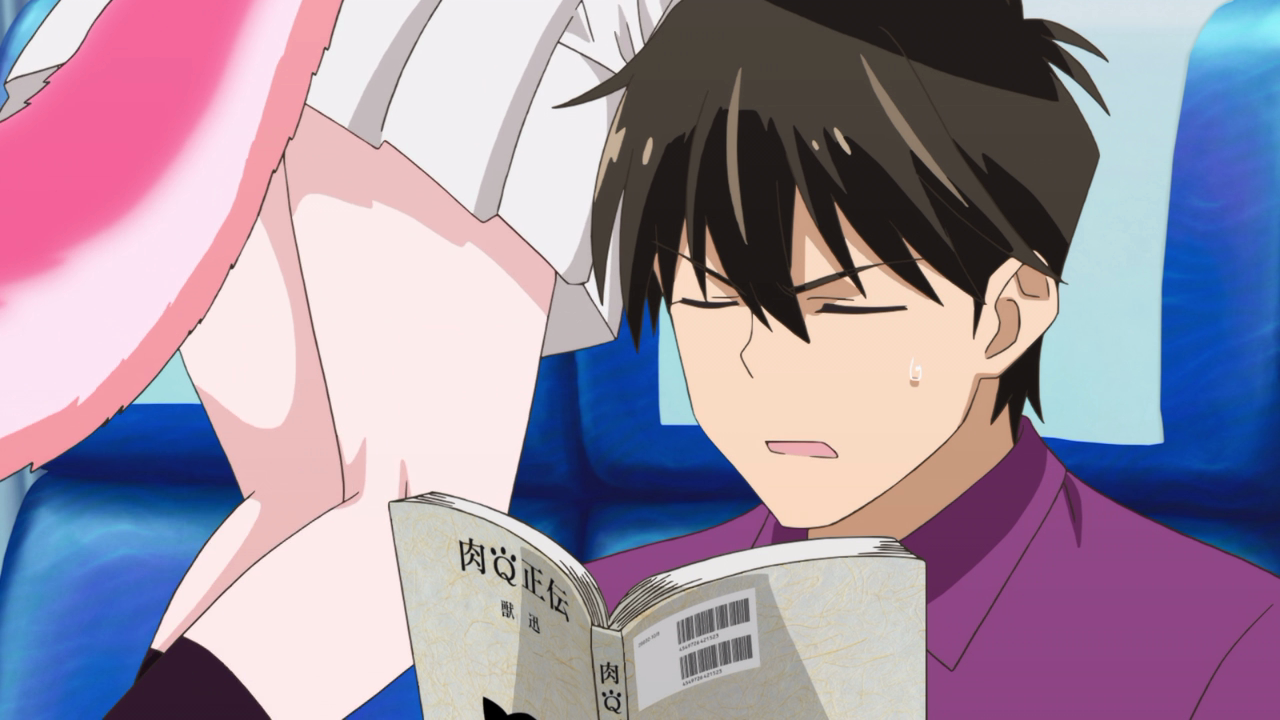 The title of the book Mazama Jin, “Niku Q Seiden” (literally “paw authenic biography”, but with a pun on the “Q” being the same pronunciation of the Japanese “kyuu” in “niku kyuu / paw”), is a parody of the Chinese novella title “阿Q正傳 / The True Story of Ah Q”.

The Sunrise tachi / Sunrise stand pose, a pose while holding a weapon like shown (except mirrored direction), from the Sunrise animation studio. 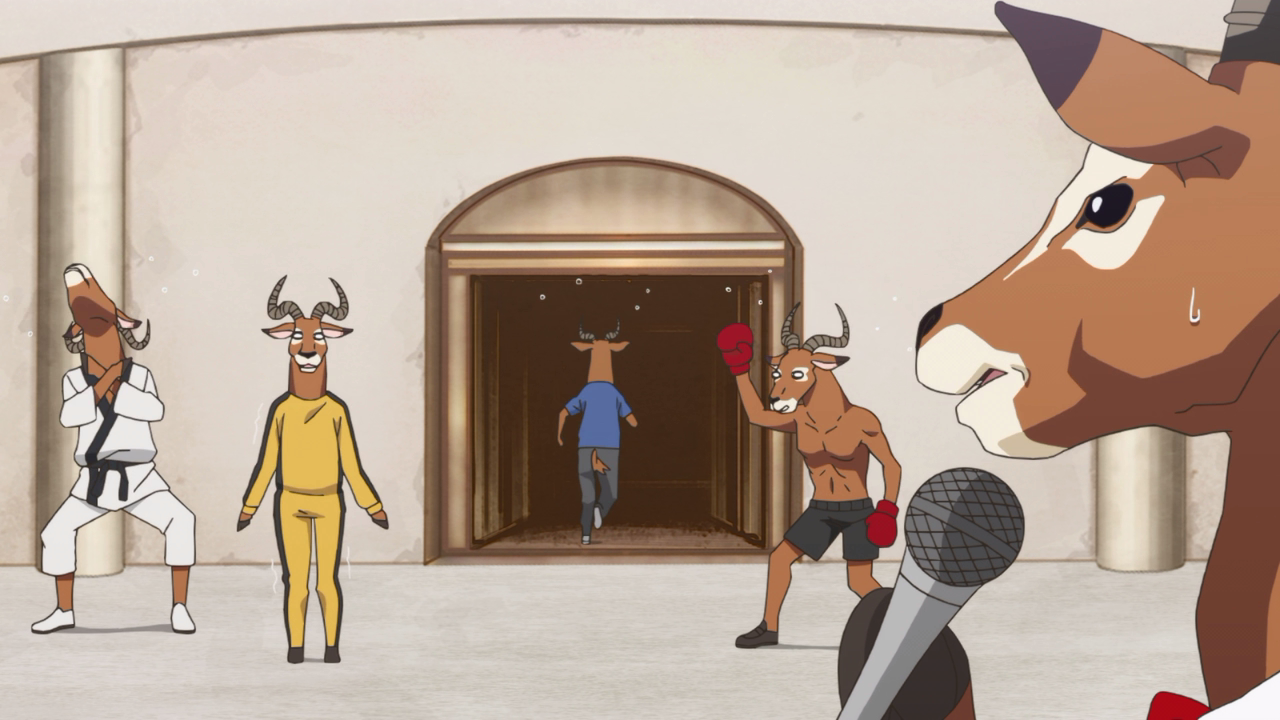 The yellow with black stripe jumpsuit is the same worn by the character Hai Tien (played by Bruce Lee) in the film The Game of Death. 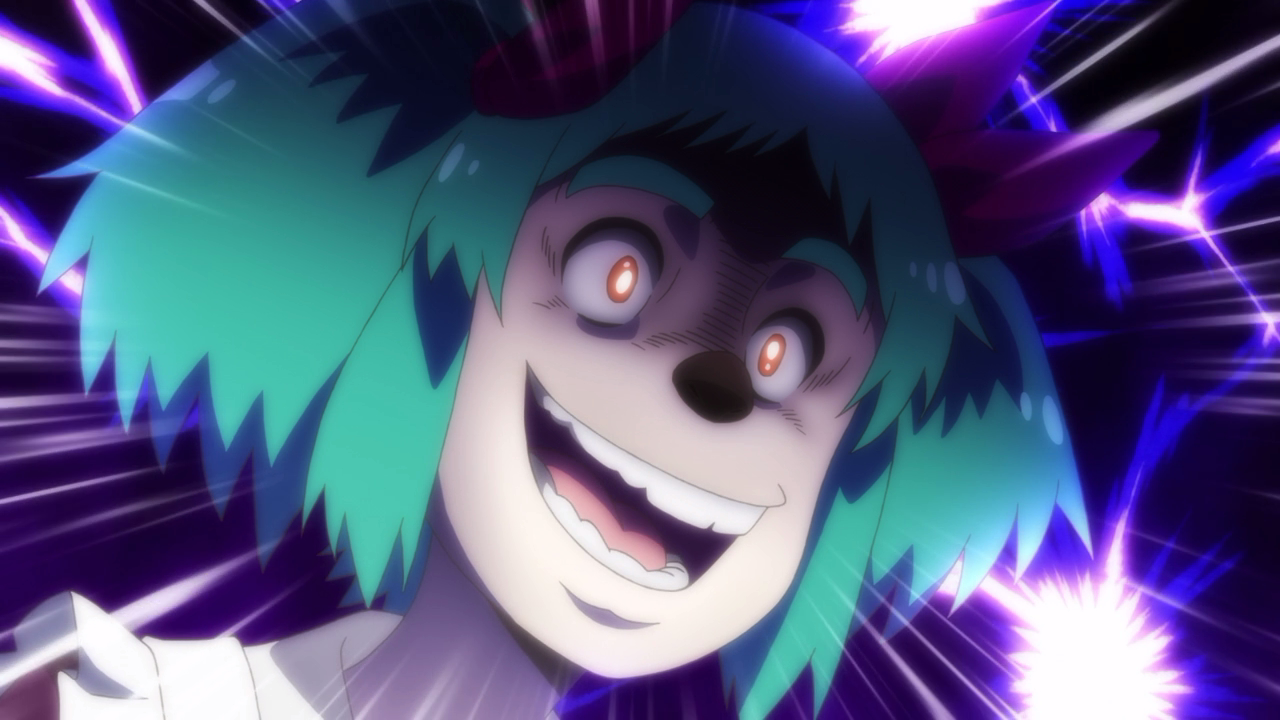 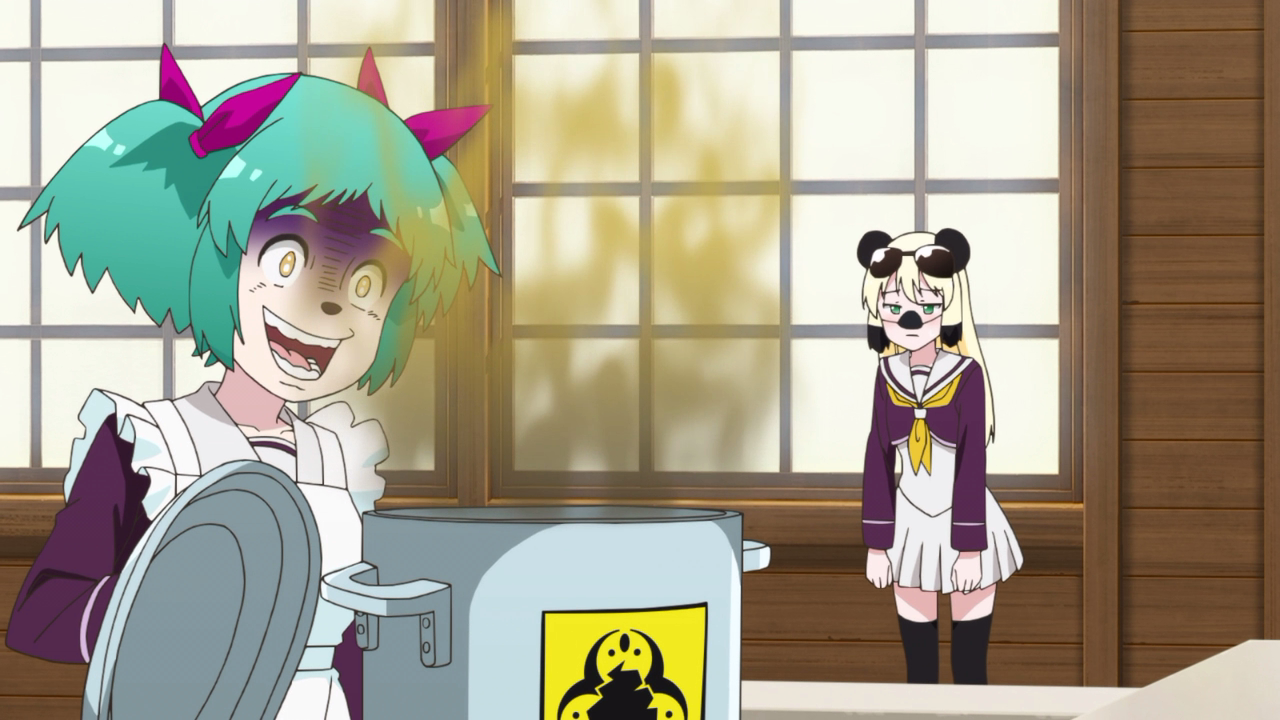 Meimei’s nose accessory resembles that of a certain character also from the manga Houchounin Ajihei.

14:58 The music during the scene is a parody of the theme music from the boxing drama film series Rocky.