The 4 shapes (not including the question mark) in the background behind Shirogane Miyuki are the symbols for the Sony PlayStation controller buttons. 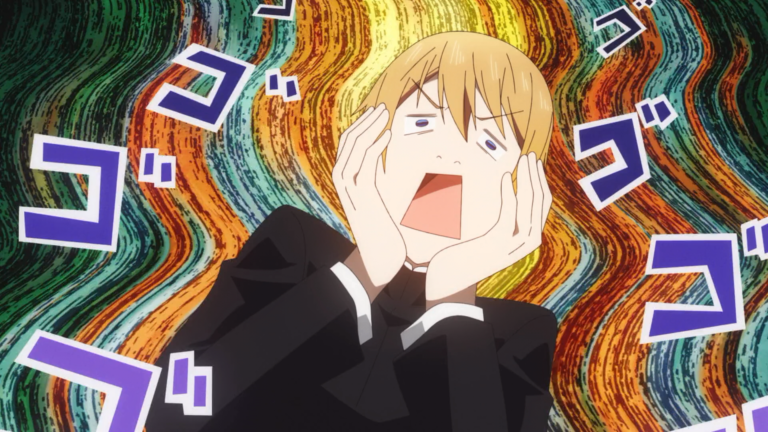 The background art and Shirogane’s pose resembles that of the painting Der Schrei der Natur / The Scream. But it is possibly a coincidence… 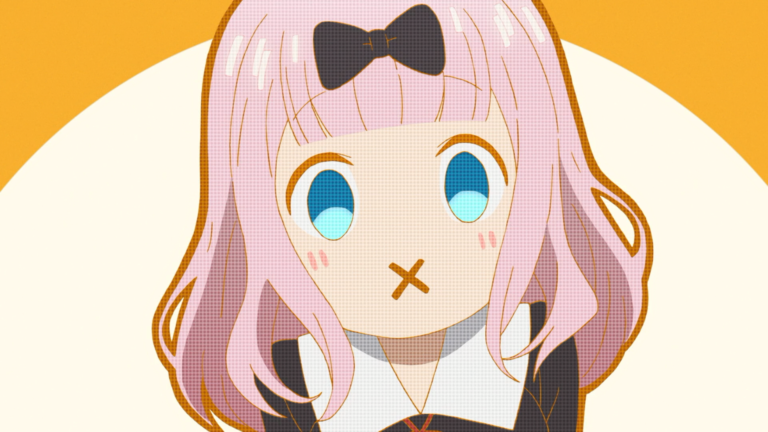 Fujiwara Chika’s facial expression resembles that of the characters in the Nijntje / Miffy series. 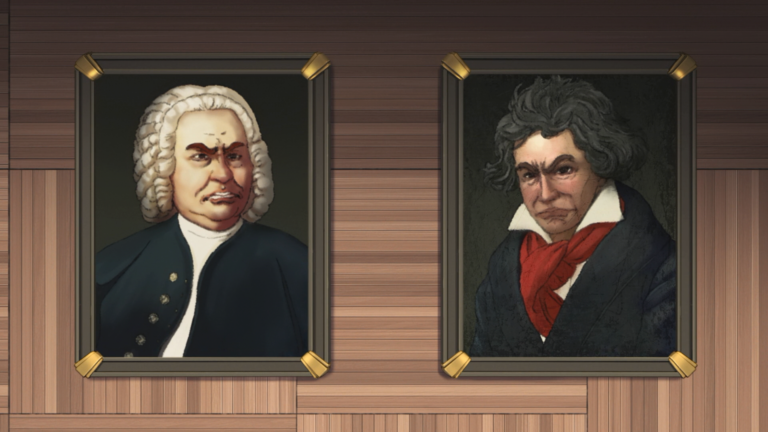 15:25 Fujiwara says “Jaian tte kanji” (roughly “like Jaian / Gian”) which was omitted from the translation. It was a reference to the character Gouda Takeshi (nicknamed “Jaian” for being big like a “giant”) from the manga Doraemon. In Doraemon, Jaian showed off particularly bad singing similar to that of Shirogane’s.

2:48 Shirogane’s questioning of why Fujiwara was so far away from him was translated with the use of the term “social distancing” (probably as a timely joke with the COVID-19 / coronavirus situation). The original Japanese was “nande sonna tooi tokoro ni iru desu ka” (literally “why are (you) in such a far away place?”) with no implication of trying to reduce spread of some communicable disease. “Social distance” was also used later in the episode (again with the original Japanese not having any relation to reducing communicable disease).

13:54 Shirogane literally referred to his voice as “like trash”. 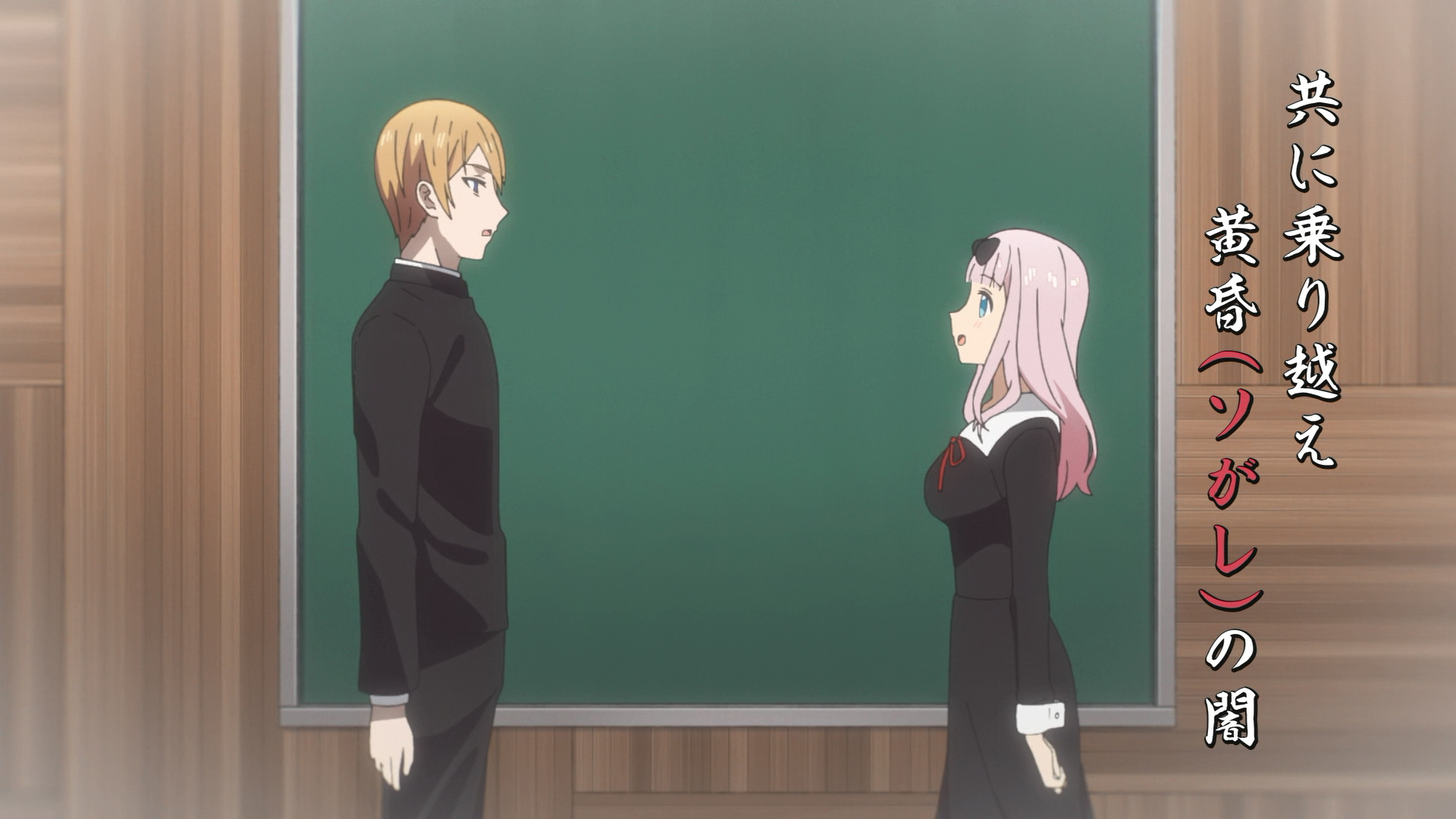 The line in the song was translated as “together we will rise above the darkness of discouragement”. More literally it should have been the “darkness of dusk (so is re)”. In the red parenthesis is “so ga re” (literally “so is re”) which is a pun with the Japanese “tasogare” (dusk), and referencing back specifically to Shirogane’s mistakenly singing “re” instead of “so”.

17:52 For some reason the last line of the song which mentions the school’s name was omitted from translation.

18:18 Fujiwara says “itsu no mani konna ni seichou shite” (literally “at some point, grew up this much”), but it was translated as “he made me so proud”. The translation did not very well imply her raising him as if a mother of a child.

18:20 Shinomiya Kaguya said “haha” which means “mother” but it was not translated at all. Back in the first season, Kaguya also responded with “mother?” when Fujiwara mentioned raising Shirogane to get good at volleyball.

20:10 For some reason “bisuketto” (literally “biscuit”) was translated as “cookie”. 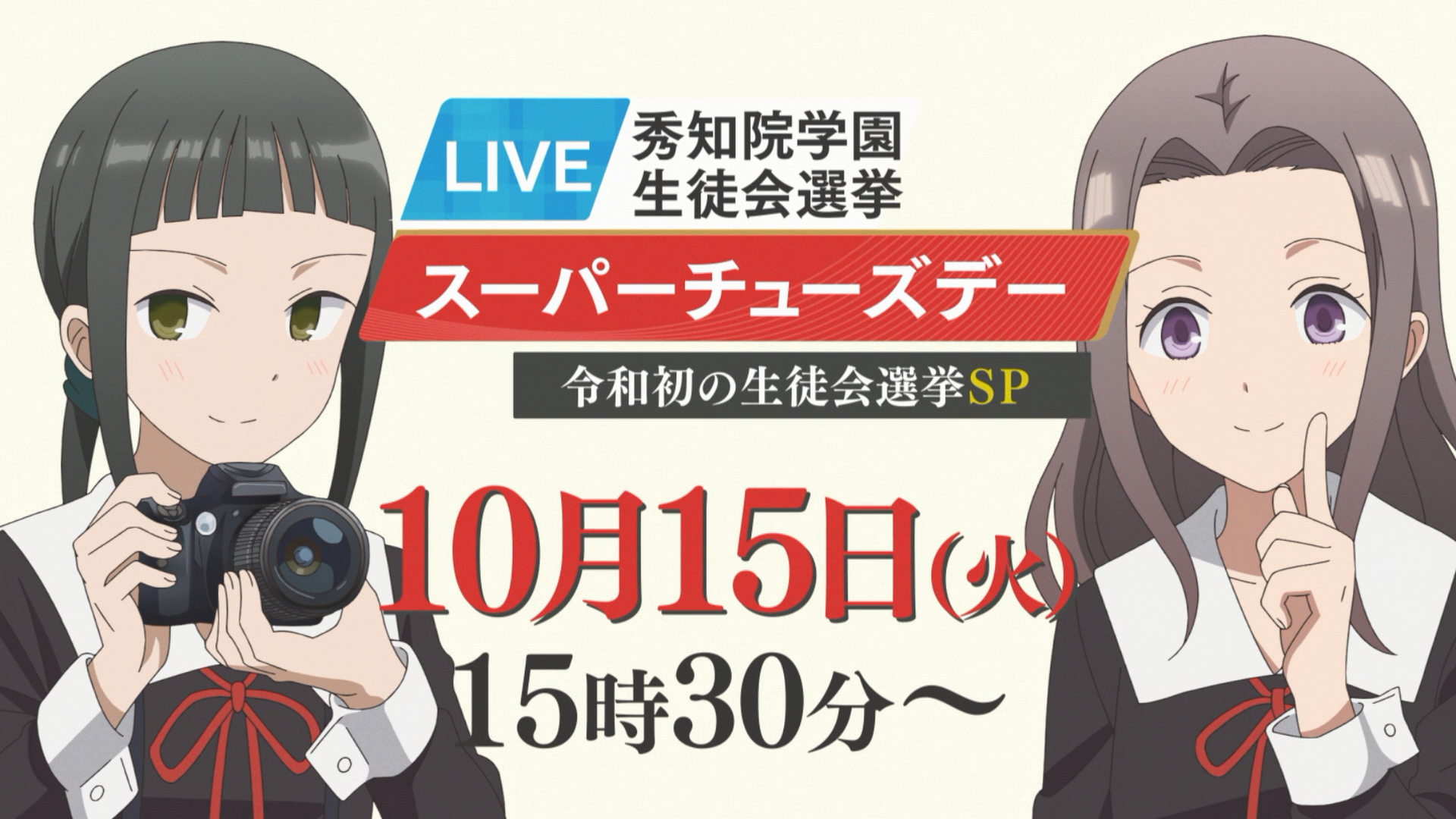 Most of the text was not translated. For example the parts about it being “the first Reiwa Student Council Election” and the date and time being “October 15th (Tue) 15:30”.