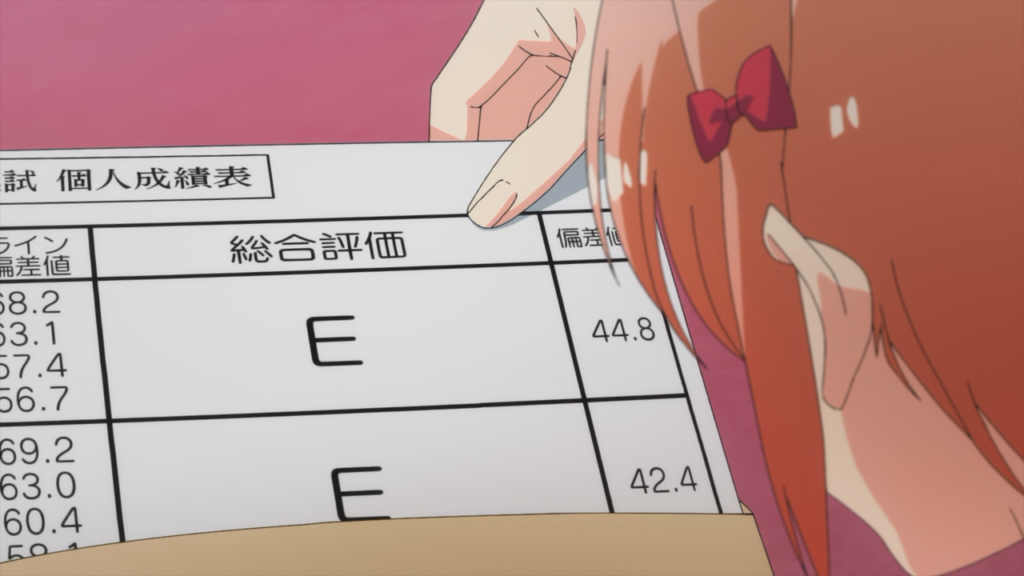 Ogata’s “ii houkoku” (literally, “good report”) was a pun with “ii” being the homophone for “good” and the letter “E”. So she would indeed give an “ii” report, an “E” report, that is! The official translation for the related line was “This time for sure, I bet I can  give Yuiga-san a decent report” which doesn’t convey the pun. 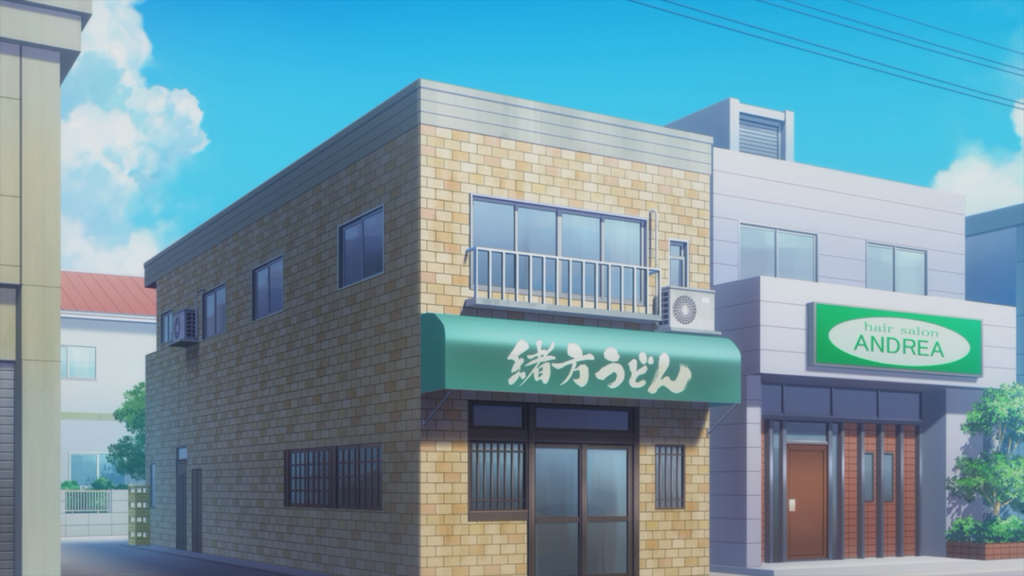 The store sign is “緒方うどん”, which is literally “Ogata Udon”. 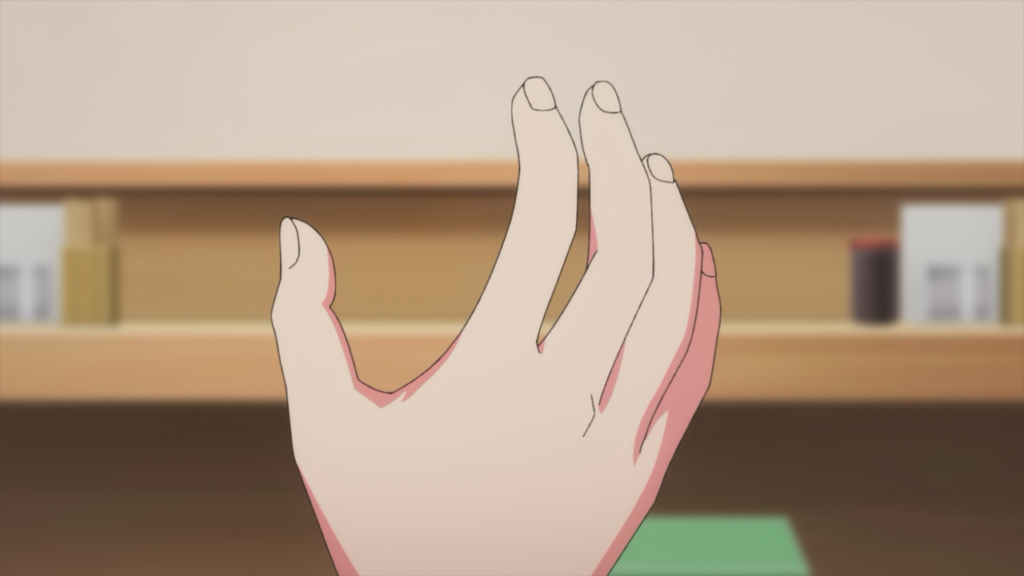 During Yuiga Nariyuki’s air grasping gesture, he says “nakanaka tegotae ga tsukamenai toki tte hontou ni kurushii mon na” which roughly means “the time when you can’t quite grasp the substance in the hand is really painful after all”. This “substance” could be interpreted as the feeling of the breast pushing back against his hand if he grabs into it. The official translation, “It’s really tough when you can’t get what you’ve been aiming for”, does not convey the physical feeling aspect. 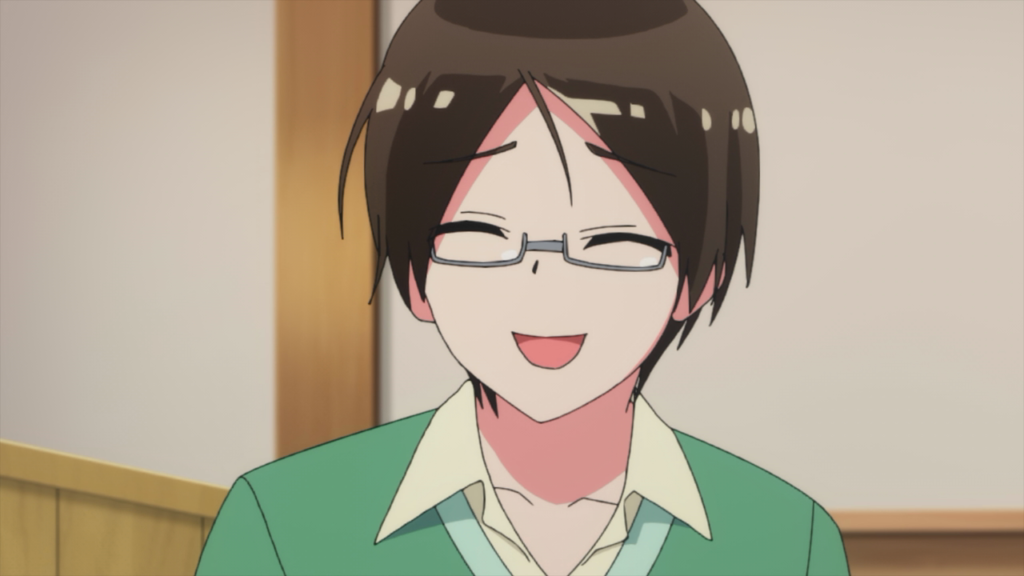 Nariyuki’s “hekonderu Ogata nante mitaku nai mon na” line in the official translation was translated as “I don’t want to see Ogata get discouraged”. However, what he said could also roughly mean “I don’t want to see a sinking-in Ogata after all”, which could be interpreted as him not wanting to see her with breasts that got smaller (i.e., sunken in). 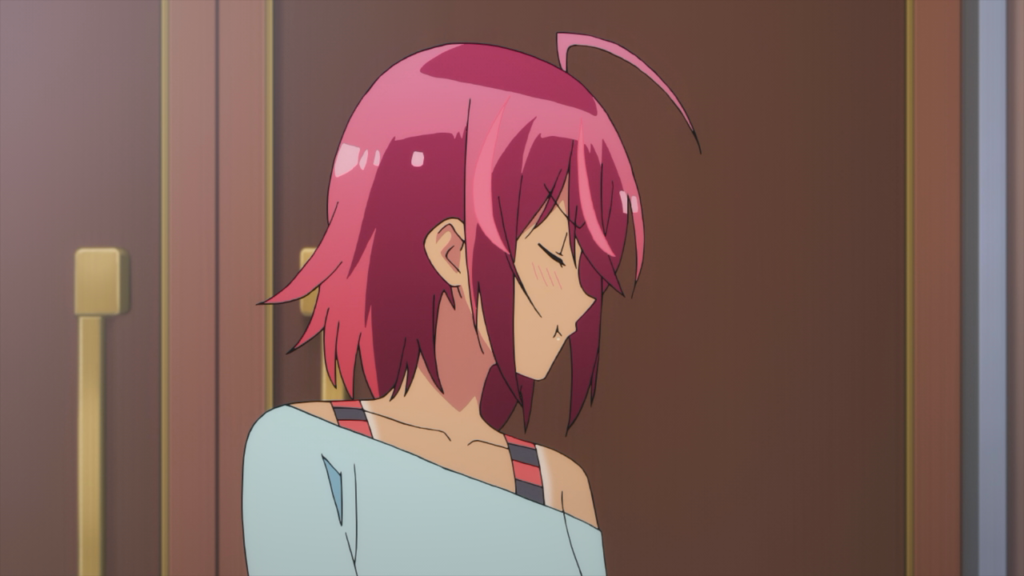 Takemoto’s “tsun” (the same “tsun” in “tsundere“) was translated officially as “hmph”. It is not incorrect, but “tsun” is the onomatopoeia for treating someone coldly and usually would not be used by itself as a sound effect. So she was being quite blatant with her cold treatment here. 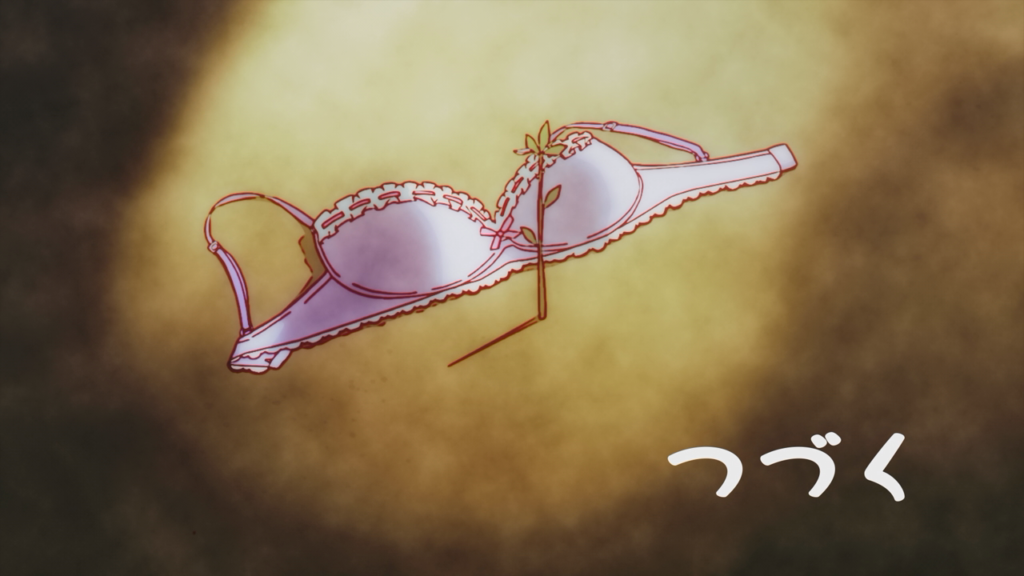 The “to be continued” screen at the end with the plant growing out of the ground next to the bra was a parody of the ending scene from the movie Kaze no Tani no Naushika (Nausicaä of the Valley of the Wind).