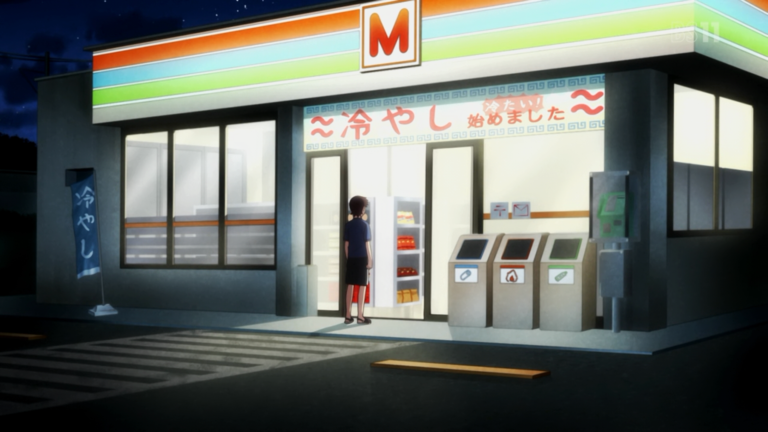 Possibly a parody of 7-Eleven. 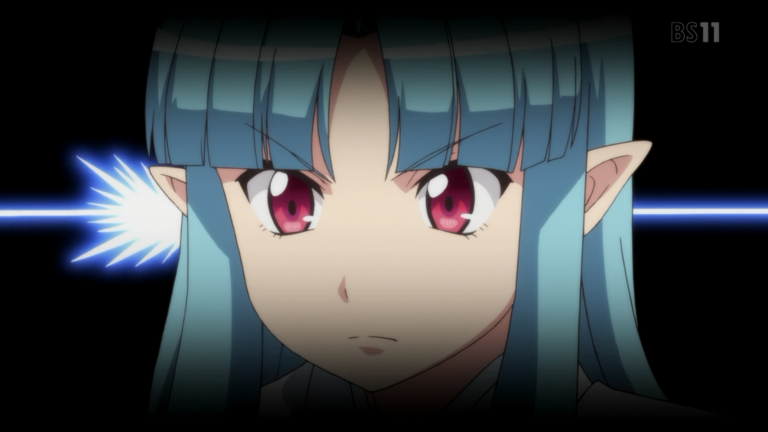 Kiriha’s realising something with the light line in the back is the newtype ability from the anime Kidou Senshi Gundam / Mobile Suit Gundam.

16:01 The voice on the screen saying “juunana sai desu” (“(I am) 17 years old”) and said by voice actress Inoue Kikuko with the reply “oi oi” is the greeting routine of Inoue Kikuko. 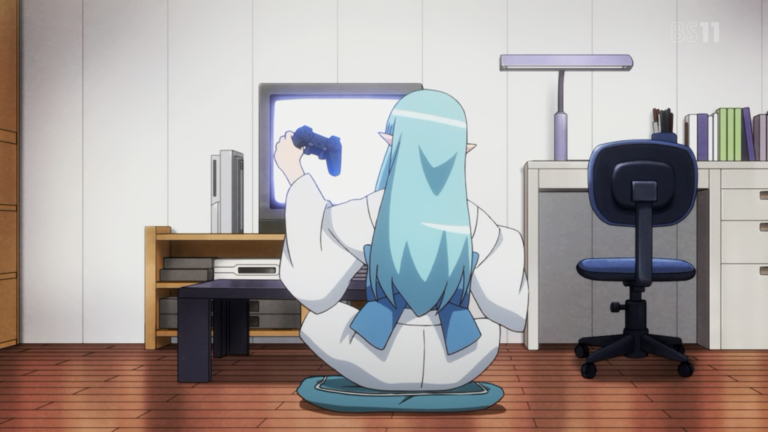 Kiriha appears to be holding a controller similar to the one for the PlayStation 2 or 3 console.

16:41 Kiriha talks back to the game she was playing complaining about crouching all the time and telling whoever told her to go back to her country that they themself should go back to their country. She was most likely playing some game where she lost to the Street Fighter game character Guile resulting in him telling her to “return to her country” (variations exist depending on the game). “Go home and be a family man!” is the English version of the Guile’s Japanese line “kuni e kaeru nda na. omae ni mo kazoku wa iru ndarou….” (literally “(You) should return to (your) country. You, too, have a family, right….?” from the Street Fighter II game. 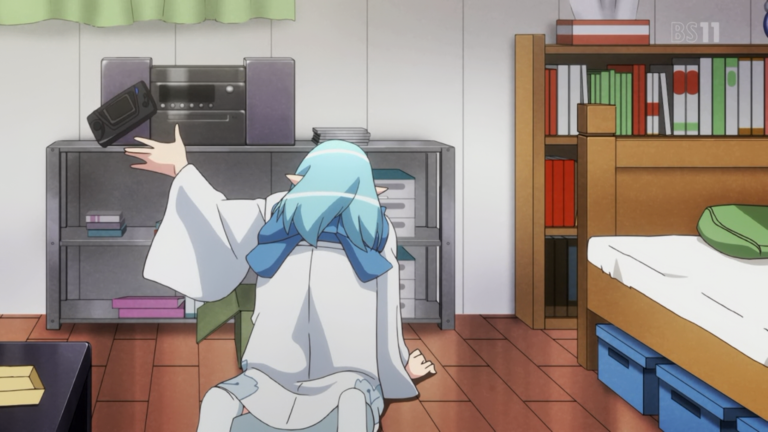 The first handheld console thrown by Kiriha is the SEGA Game Gear. 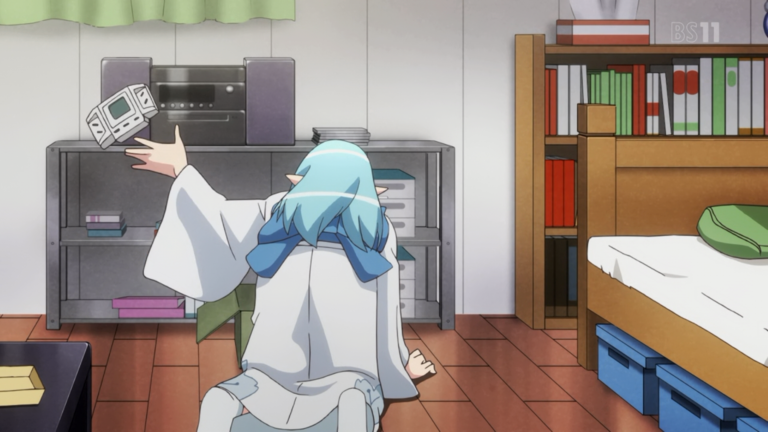 The second handheld console threw by thrown is the Barcode Battler. 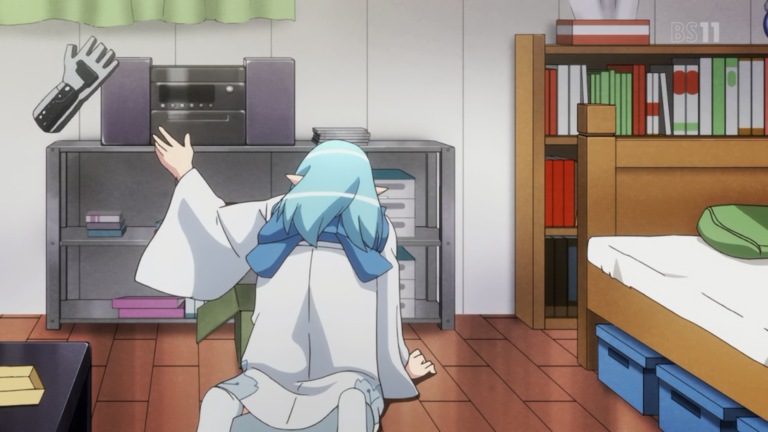