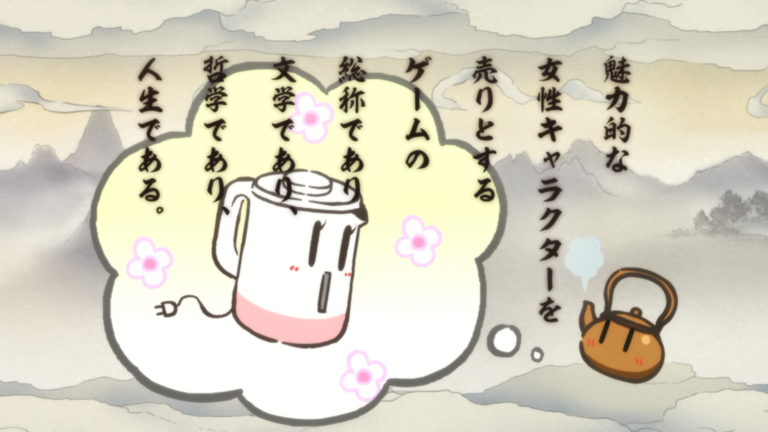 In the explanation, the narrator says “gyaruge […] wa jinsei de aru” (literally “galge is life”). It is possibly a reference to the phrase about the visual novel Clannad, “Clannad wa jinsei” (literally “Clannad is life”), which is the result of someone’s reply to the question “if [Clannad] is not an Eroge, then what is it?” (that reply being “jinsei… kana, meaning “life… perhaps?”). 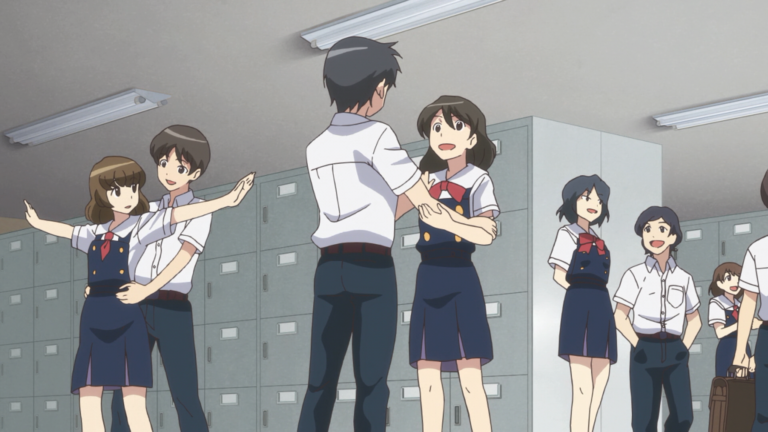 The couple on the far left are doing the “I’m flying” action scene from the film Titanic done by the 2 lead characters Jack Dawson and Rose DeWitt Bukater. 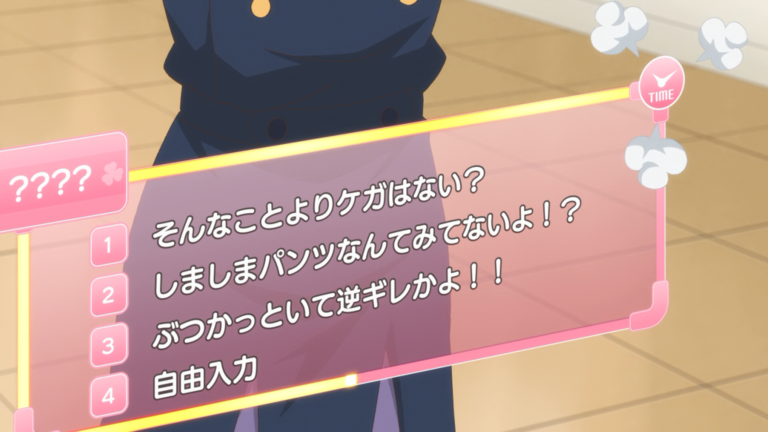 The time limit for the game choice options with the border filling up is from the first Sakura Taisen / Sakura Wars game.

4:57 The sound effect at the time is the sound effect which occurs in the Sakura Taisen / Sakura Wars game when the player increases their affection level with a character. 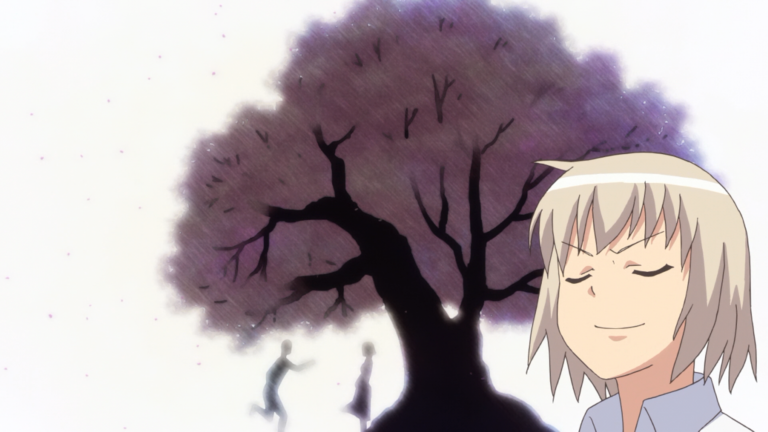 The successfully confessing under the legendary sakura / cherry blossom tree leading to a fulfilled love is from the game Tokimeki Memorial. 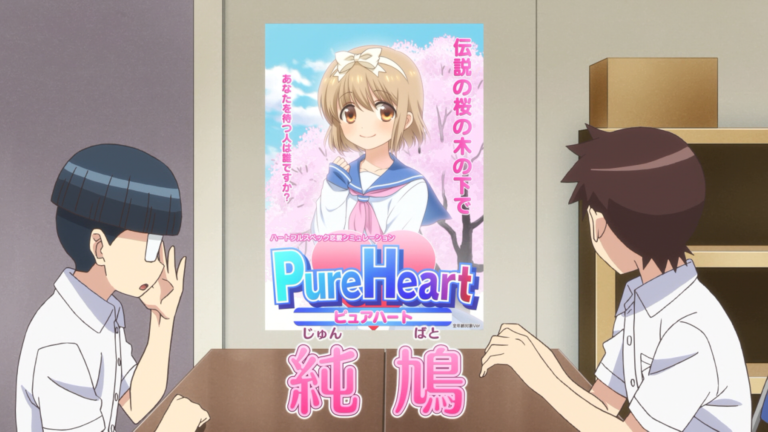 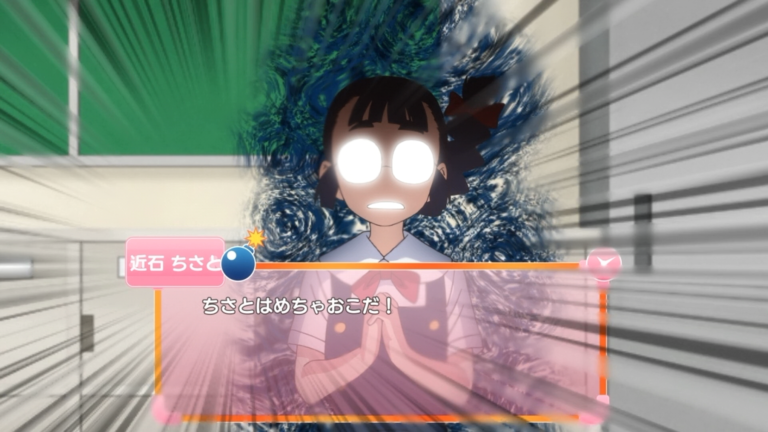 The game mechanic of dealing with the “bomb” before it explodes is from the game Tokimeki Memorial. 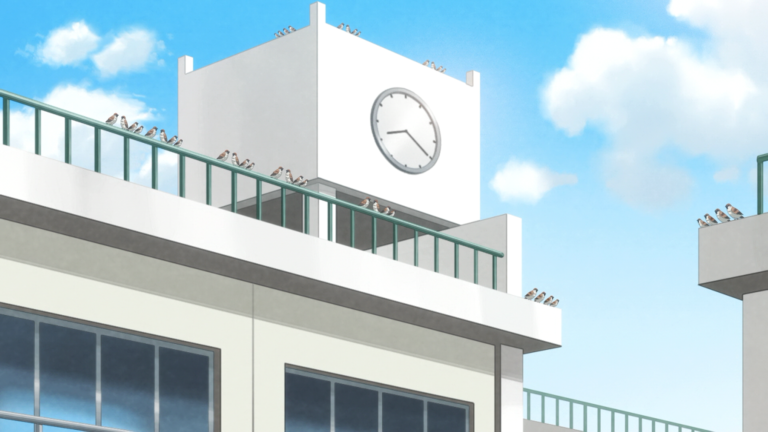 The Eurasian tree sparrows chirping in the morning is a technique to imply that sex occurred the previous night. Usually there are much fewer sparrows than shown… 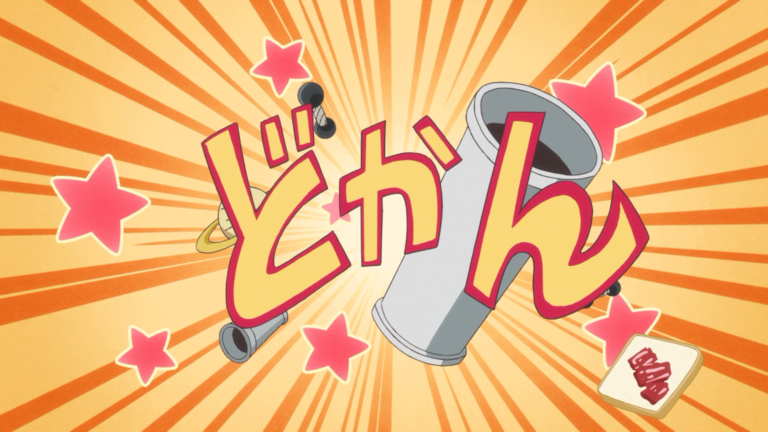 “dokan” is the onomatopoeia for certain sounds of things colliding. Also shown in the image is an earthen pipe which is “dokan” in Japanese. 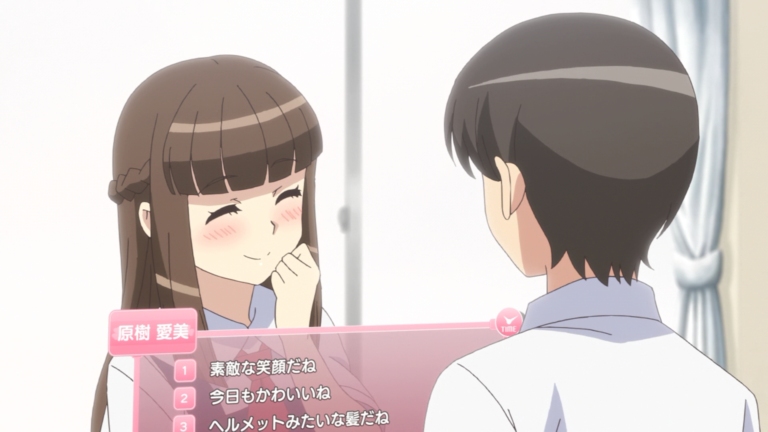 (Unsure how name is read, given name is probably “Ami” or “Aimi”) 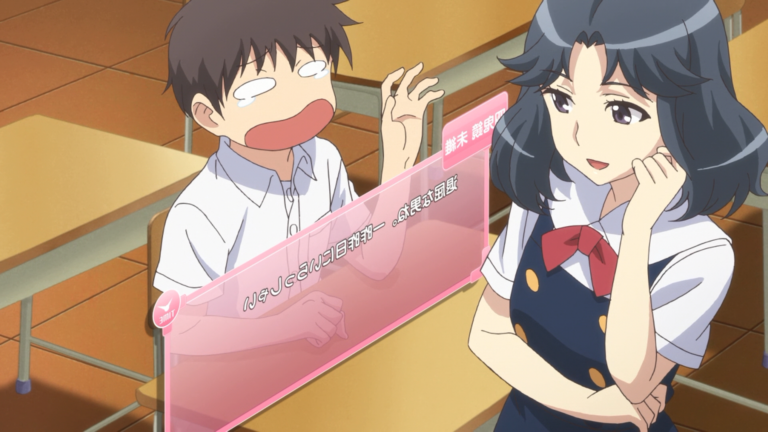 The text box is the girl character’s line. It says “Aren’t (you) a boring man. Come 3 days ago.” 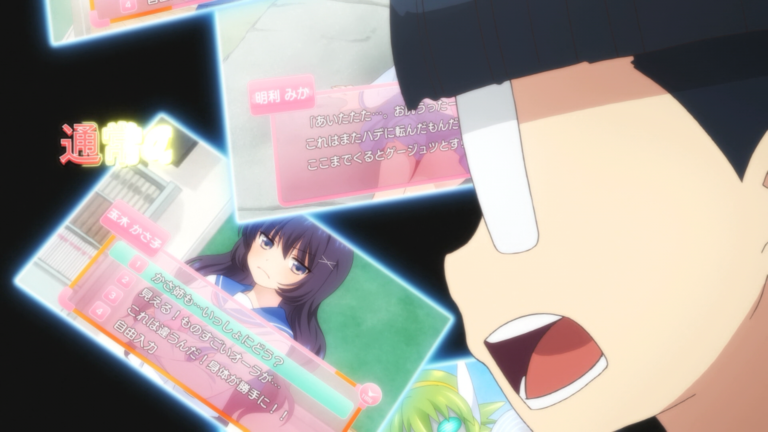 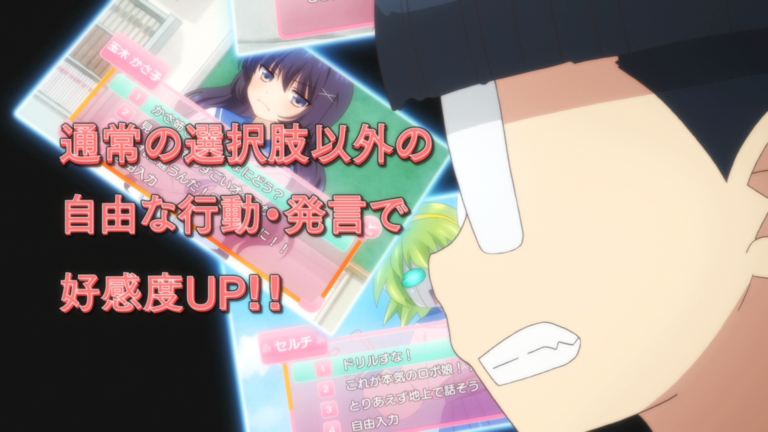 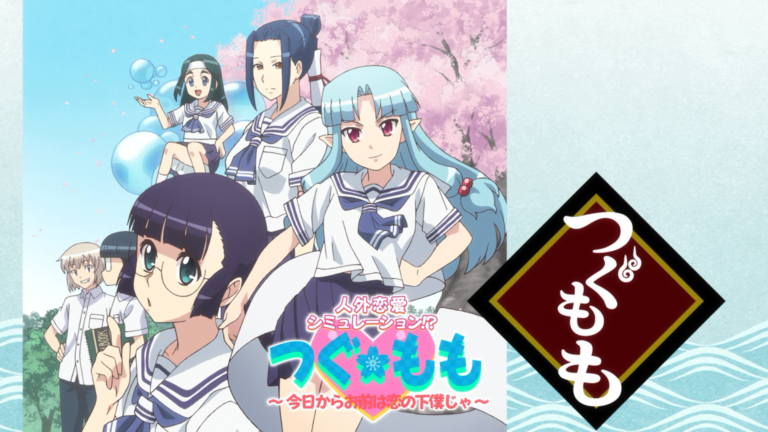 The game text was translated as “human x spirit starting today you are my servant”. More accurately, it should be “Non-human simulation?! ~From today, you are love’s servant~”