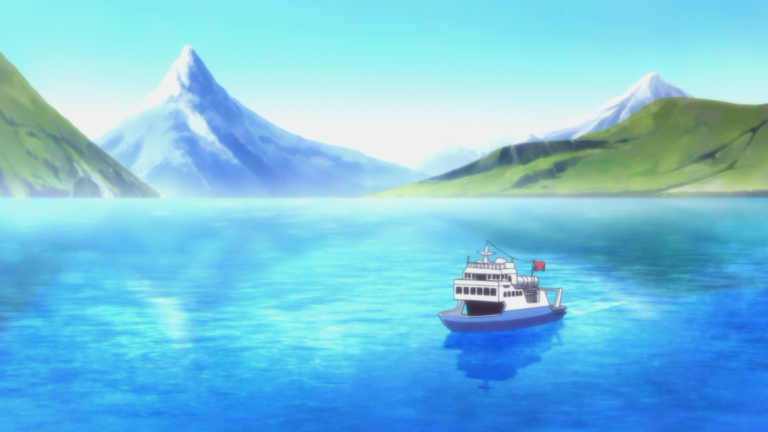 Parody of the scene from the TV show which replaced the TVK (Television Kanagawa) broadcast of the final episode of the anime School Days (episode 12) which was supposed to air on the 18th of September 2007. The scene is famous for the “Nice boat” meme. 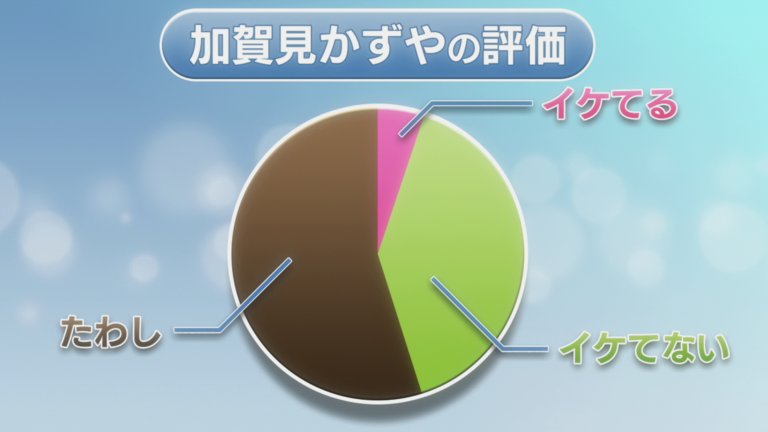 The brown area for “tawashi” was translated as “scrub”, which could have been ambiguous.

17:41 Kagami Kazuya says “Seitoku Futoshi” which is a misreading of “聖徳太子 / Shoutoku Taishi / Prince Shoutoku”, but it was translated as “Prize Sudoku”. It implies he remembered how the name was written, but not how it was read or he was saying it incorrectly on purpose. 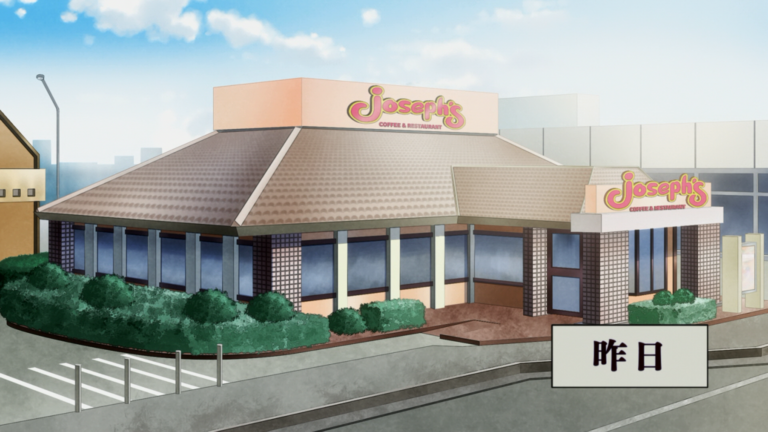 Parody of the Jonathan’s restaurants.

21:36 Osanai Osamu says “kinou wa otanoshimi deshita ne” (translated as “you must have enjoyed yourself yesterday”) which is a parody of the line “yuube wa otanoshimi deshita ne” (roughly “(you) must have enjoyed (yourself) last night”) from the first Dragon Quest game. The line was said by the “yadoya / innkeeper” to the player after staying in the inn the previous night with the princess.

At 21:42, Kazuya refers to Osamu as “yadoya” which means “innkeeper” and is a reference to the line/event described above.

15:35 Tadata Tadataka says “kusattemo seito kaichou” (literally “Even if rotten, (I) am the student council president” and translated as “I’m a student council president to the bone”). The “rotten” is probably referring to him being attracted to another male, where fans of gay fiction are referred to as “rotten” in Japan and such terms as “fujoshi / rotten girl” and “fudanshi / rotten boy” exist. 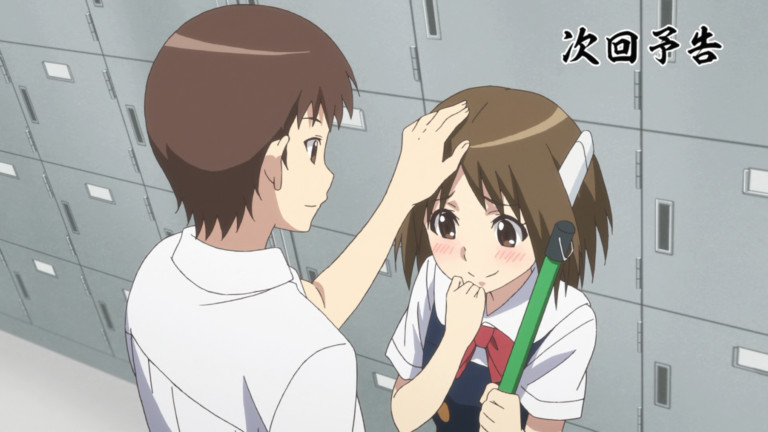 The girl in the scene is a parody of the character “HMX-12 Multi” from the visual novel game To Heart.