“Gattan gotton” is the onomatopoeia for the sound of the train moving along the tracks. The “gattan gotton” sound effects were made by Robo the whole time, and we could see her lipsync as well.

The official subtitles for some reason made a joke with the word “DERAILING” which was confusing didn’t really make sense. 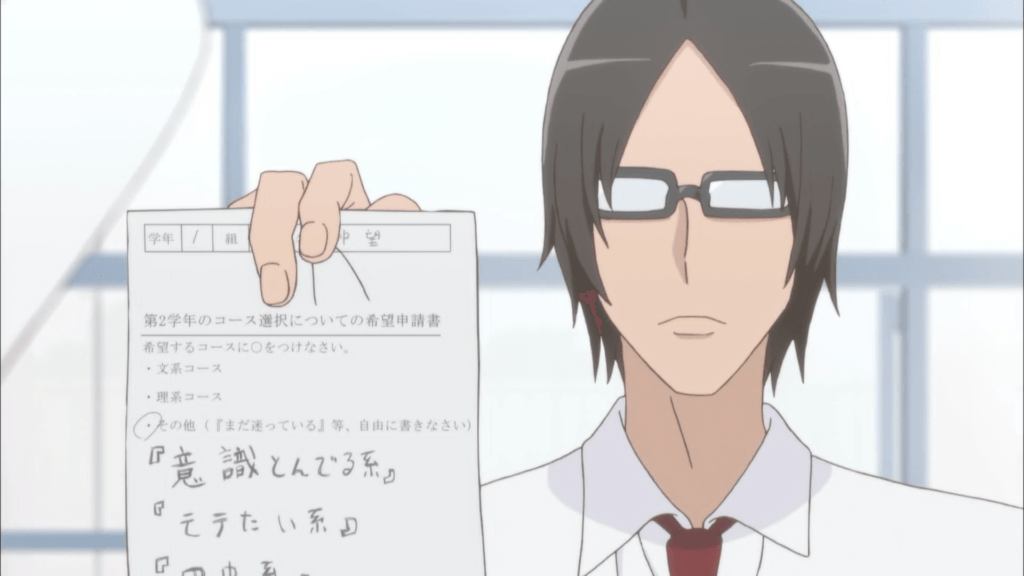 The three choices on Baka‘s questionnaire sheet were:

『田中系』(literally, “Tanaka type”, and Tanaka being her family name) 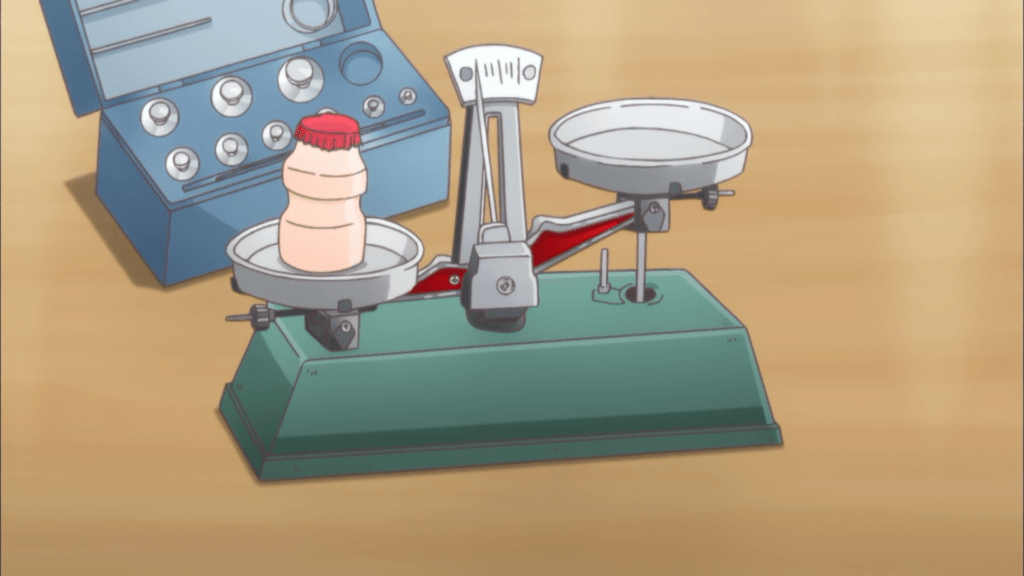 The weight on the scale resembles the distinctive Yakult bottle drink. 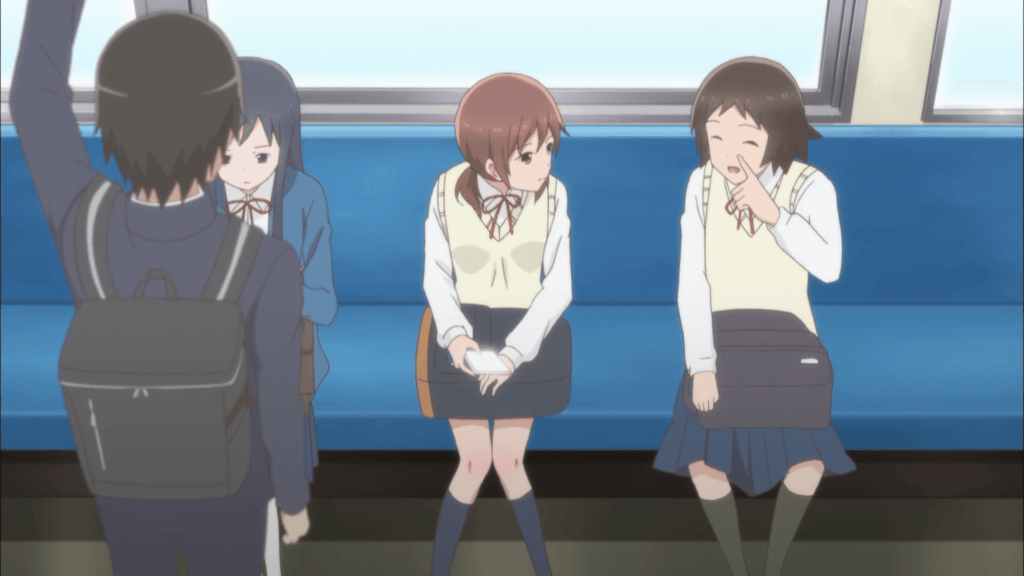 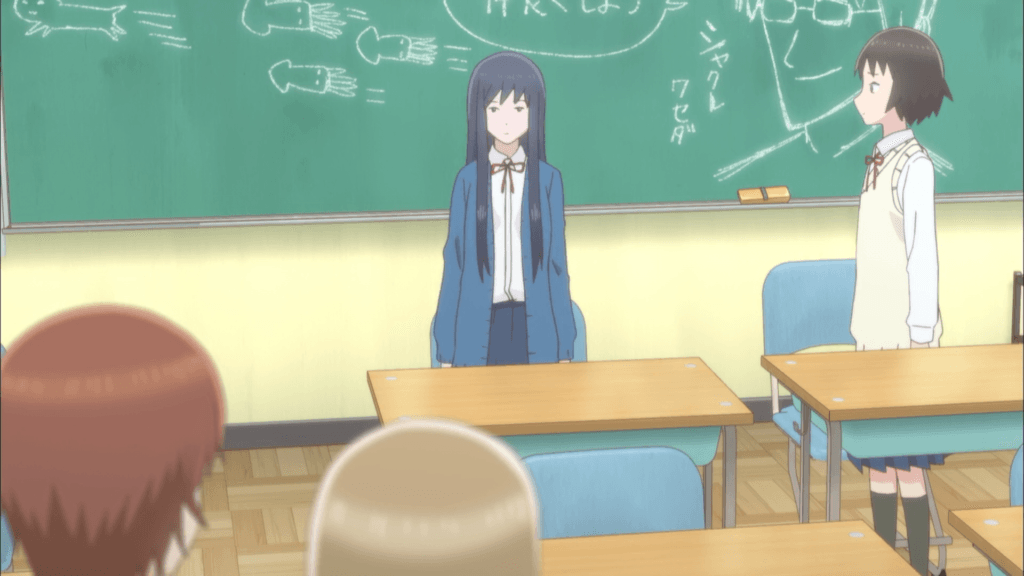 On the chalkboard, next to the drawing of what seems to be Waseda, is the writing “シャクレ ワセダ” which literally means “protruding chin Waseda“. More “シャクレ ワセダ” can be found in episode 11. 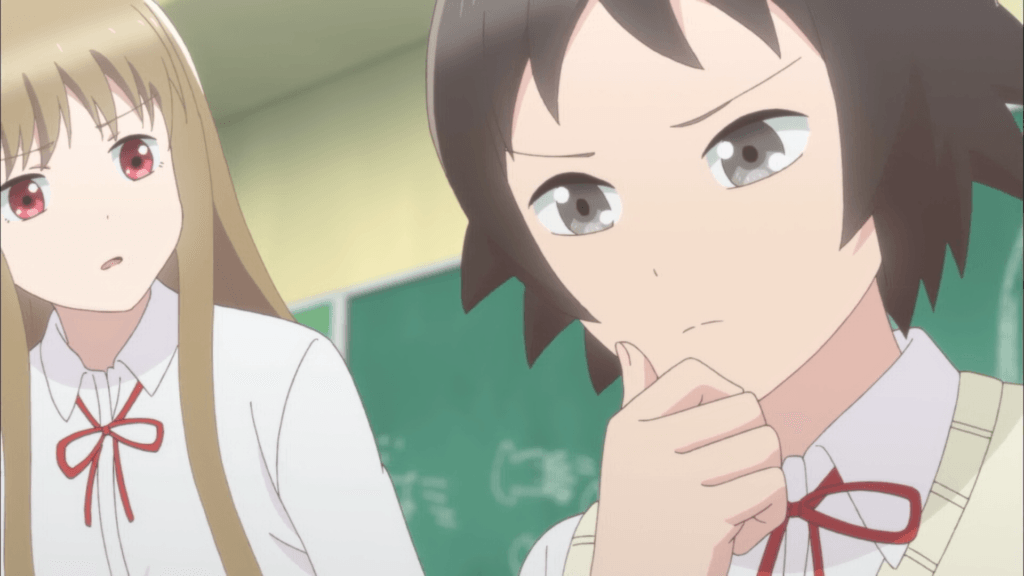 In this scene, the official subtitles translate Loli‘s line as “I can’t stand that look you’ve got on your face!”. However, the Japanese line was “omae ga sonna kao shiteru no tte sugee kishoku warii” which was a slangy way of saying “your making that kind of face is incredibly sickening”. The official translation made it seem more like Loli was being kind and worried as opposed to rather rude and grossed out. 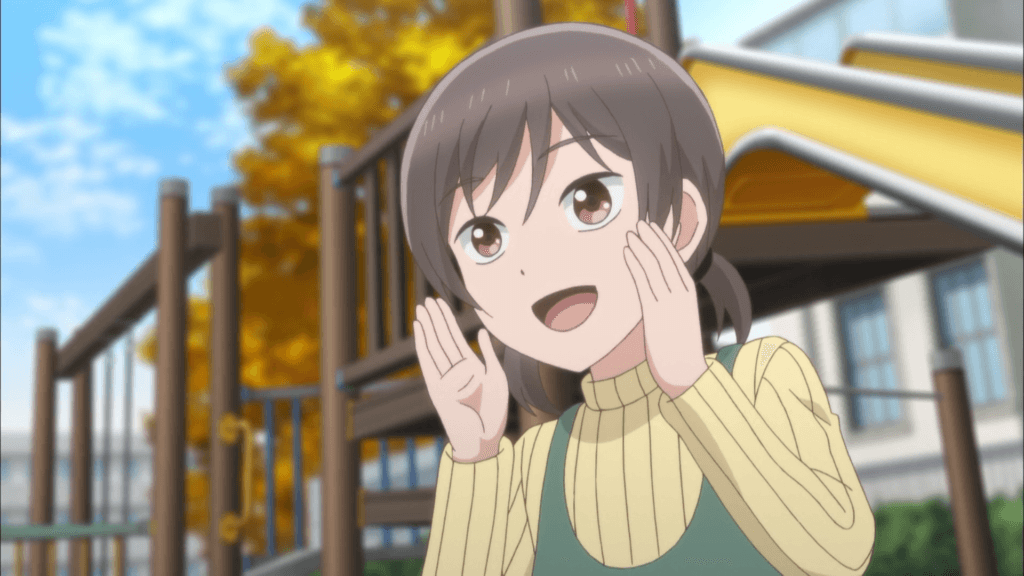 In official translation, Wota’s “dorokei” was translated as “cops and robbers”. However, “keidoro” is the more common variant for the name of the game and means “cops and robbers” in an abbreviated kind of way, where “keiji” means “police detective” and “dorobou” means “robber”. So the reaction of some would be to say “isn’t it keidoro?”. 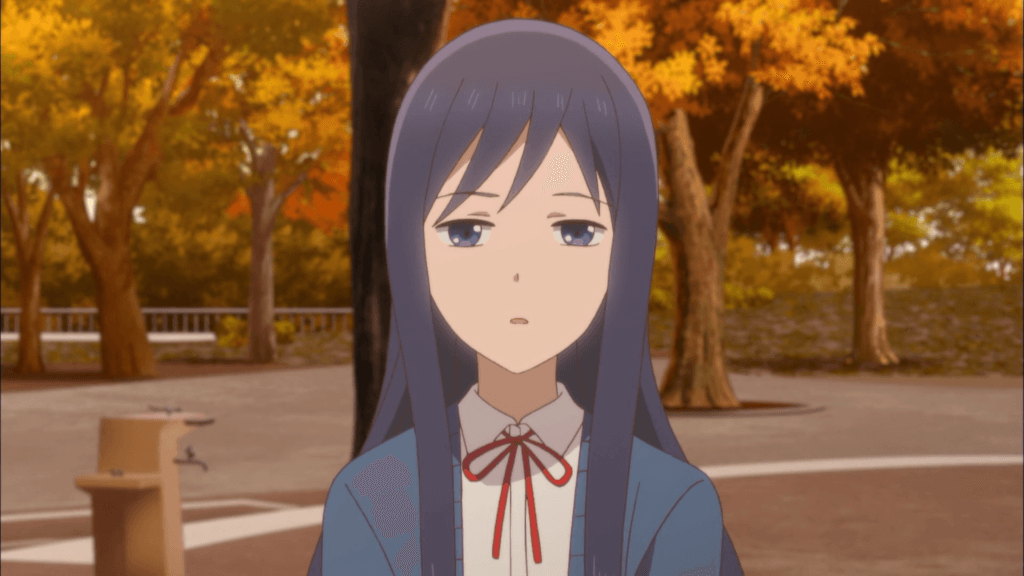 In the official subtitles, Robo’s “kinaga ni matteru” line is translated as “I shall be waiting”. More literally, it could be “I shall be casually waiting” with an emphasis on not being too eager about it. 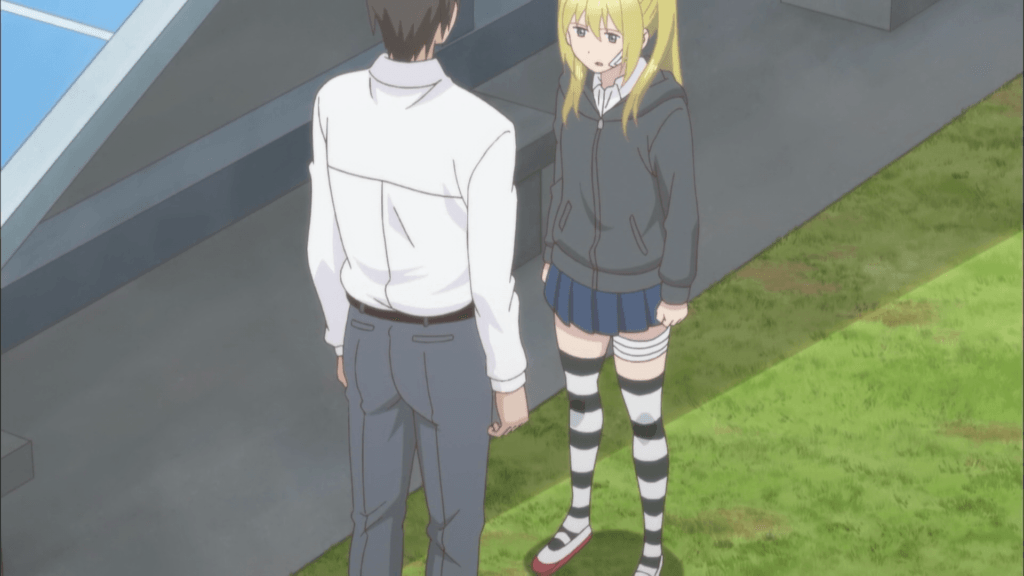 The rap by Yamai was noted for being similar in style to Japanese rap rock group Dragon Ash.

And, perhaps as expected, Yamai‘s lines about “leaving her bag at the ramen store and causing trouble for her parents” are a parody of the lines from the Dragon Ash song “GRATEFUL DAYS“. The original song’s lines were all the same except for the place being the high school instead of the ramen store. 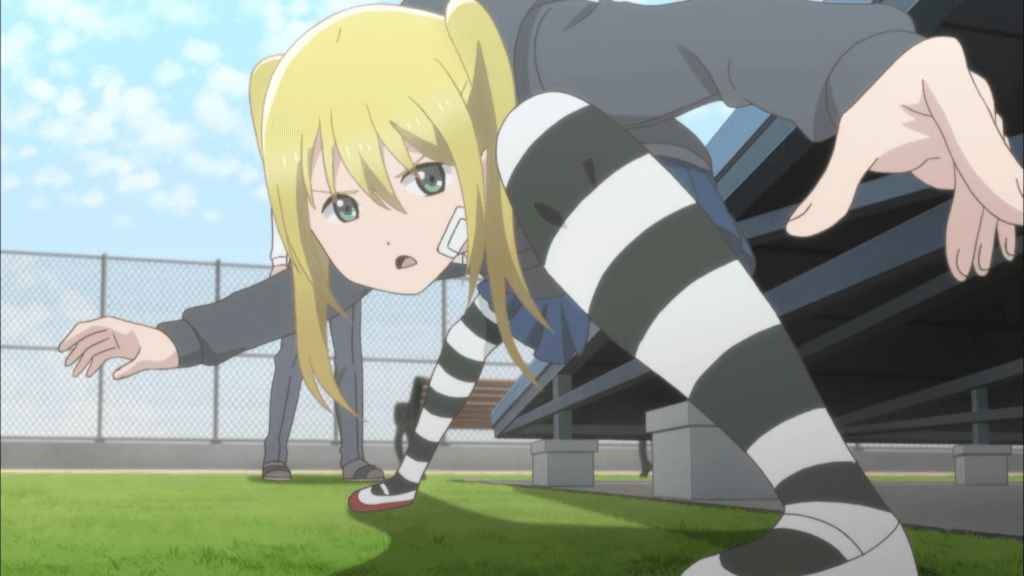 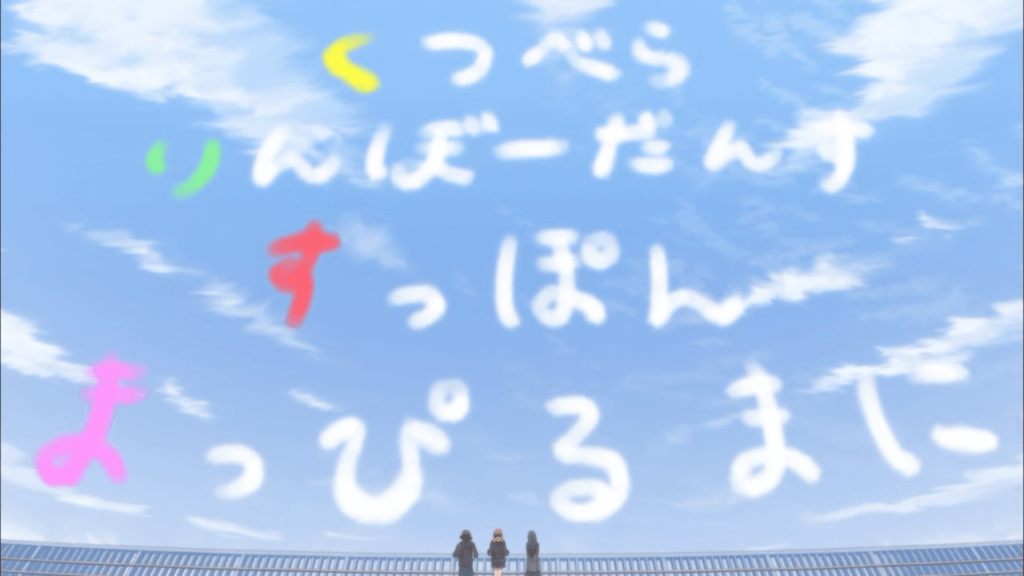 The actual Japanese and translations of Baka’s random stuff were: 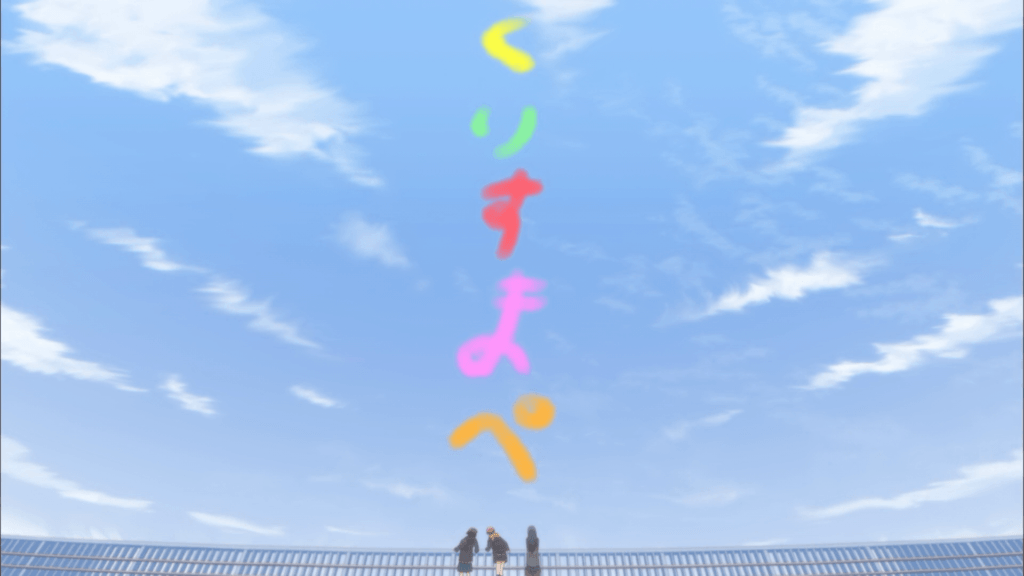 Pe is the onomatopoeia for spitting saliva out.

“くりすまぺ” as in the cloud writing can literally mean “christma— pe” which can be like someone saying “christmas” but then stopping before the last “s” sound and then spitting in contempt. 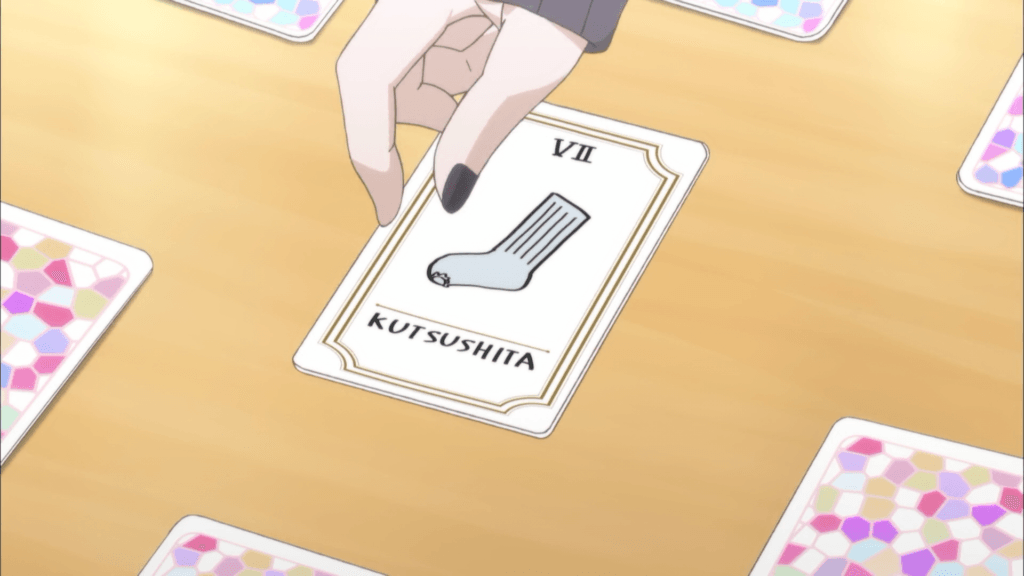 “Kutsushita” literally refers to “sock(s)” in Japanese and are written with the “shoe” and “down” kanji together (“靴下”). The particular drawing of the sock appeared to have had a hole at the toe end (for anyone who didn’t notice). 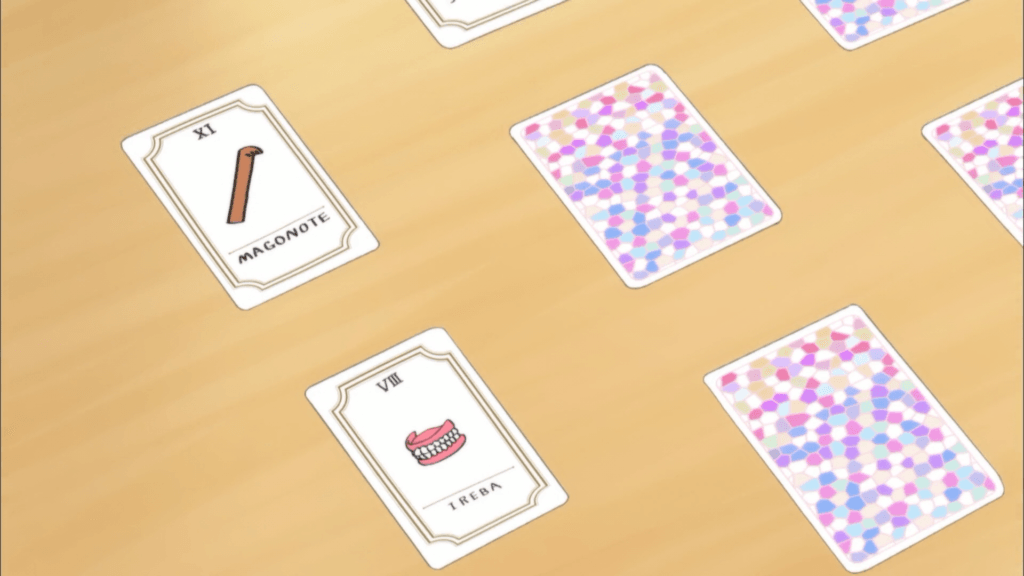 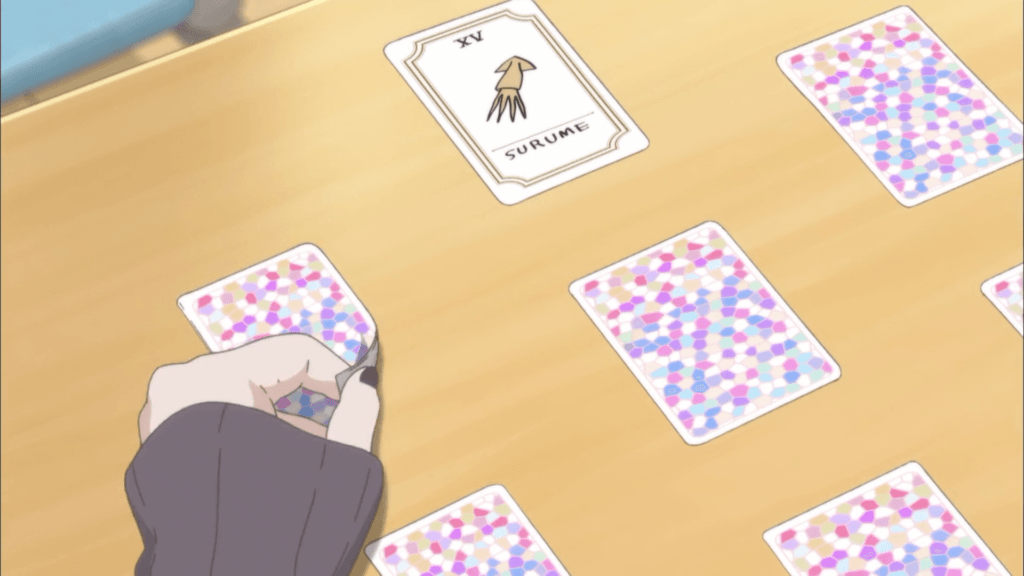 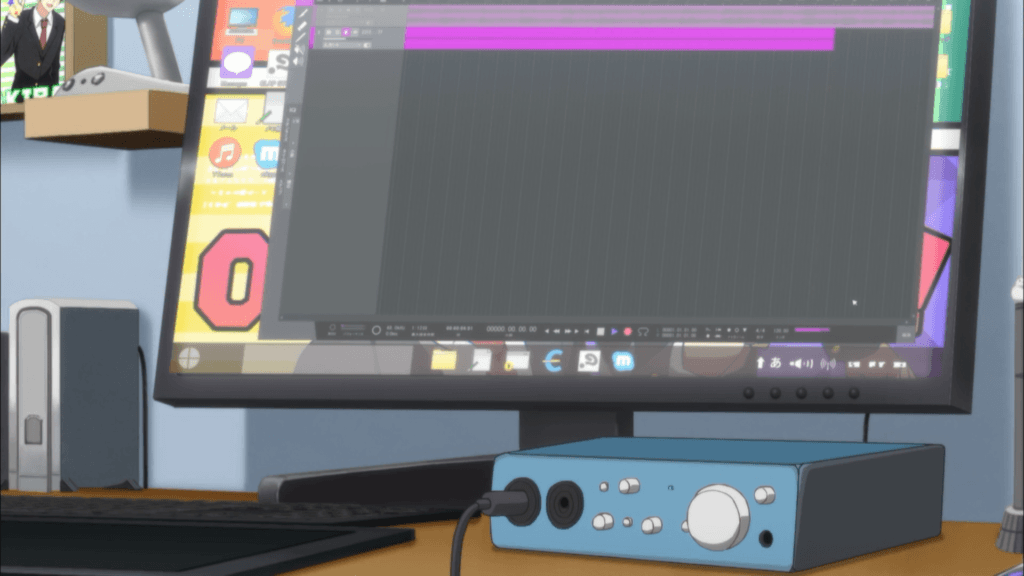 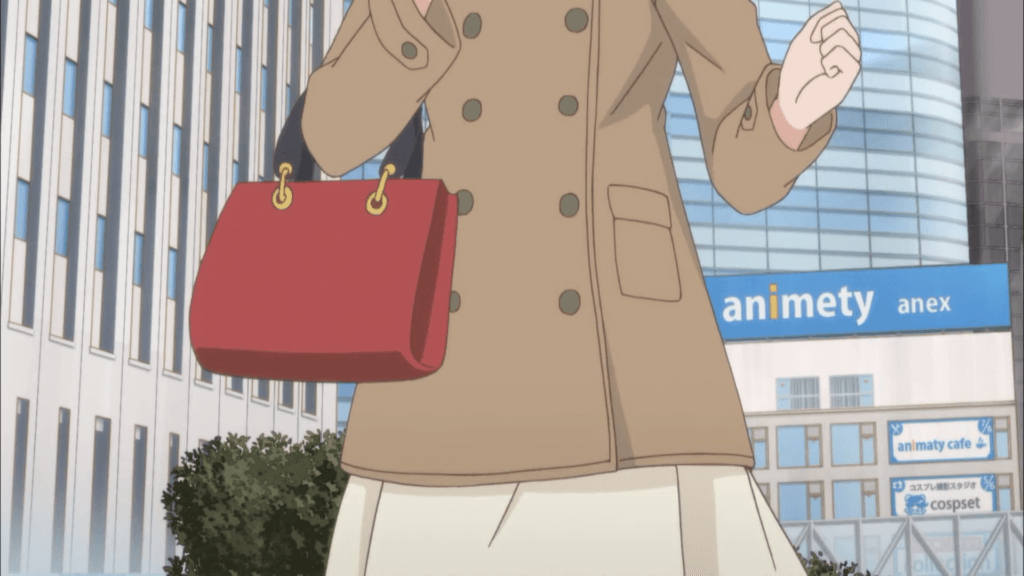 The “animety” in the background is a parody of animate the company logo. 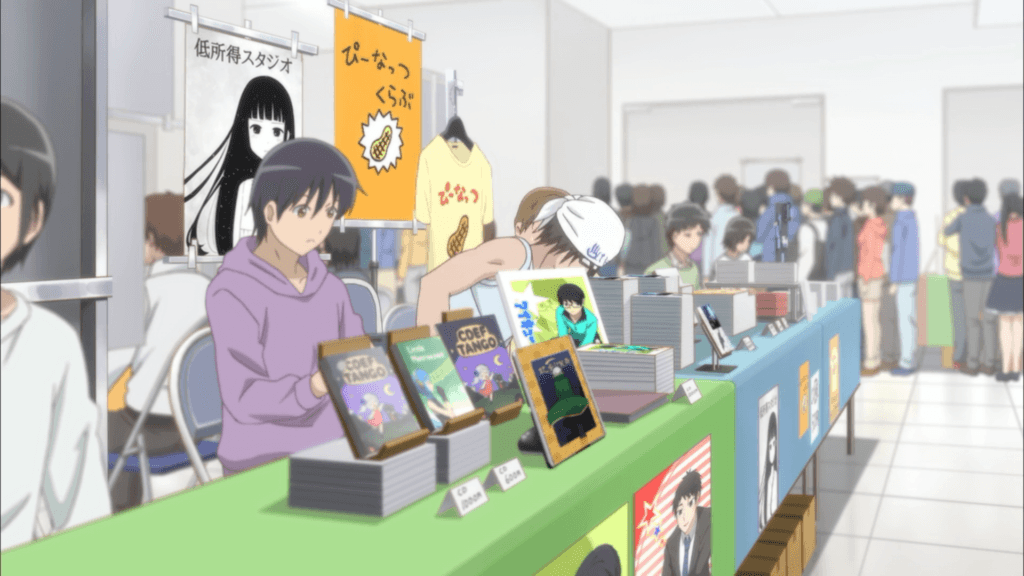 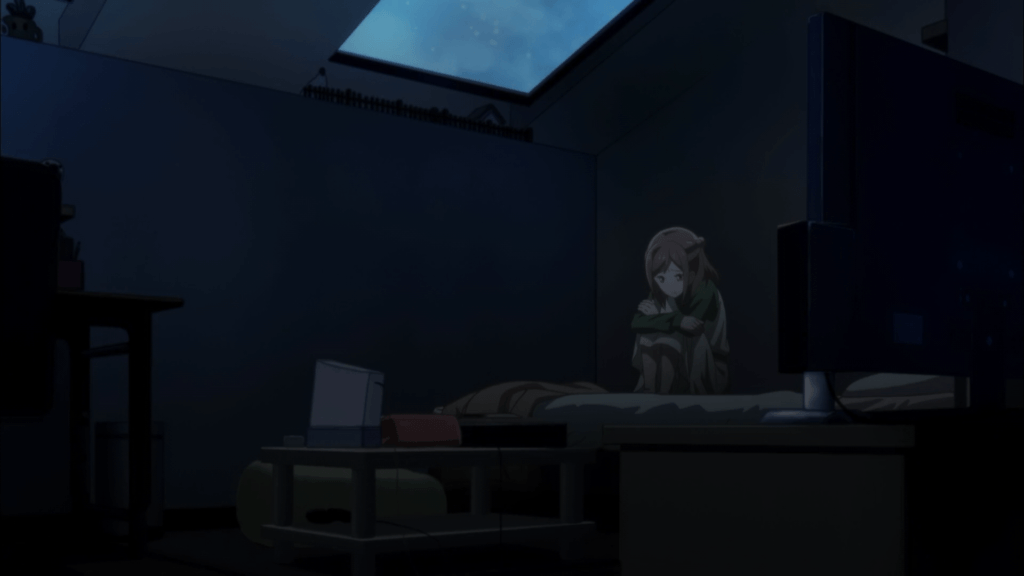 This scene where Wota sits hugging her legs on her bed in her unlit room and says “Hidoi yo. Amari da yo.” (literally “It’s cruel. It’s too much.”) may be a reference or inspired by a scene from Mahou Shoujo Madoka Magica where the main character Madoka sits the same way in her unlit room and says “Amari da yo. Hidosugiru yo.” (literally, “It’s too much. It’s too cruel.”). Both were in response to realising some kind of horrible truth. 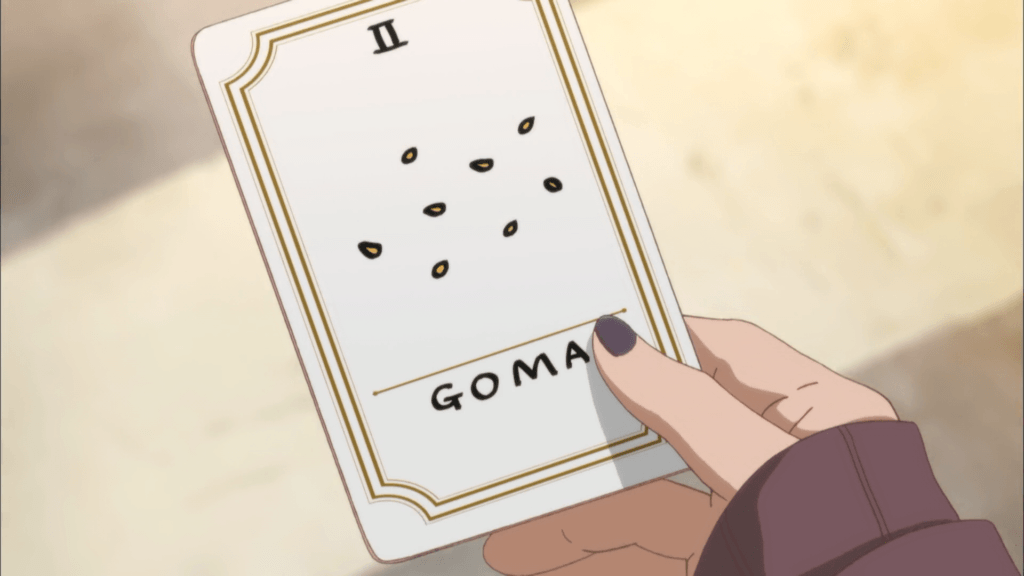