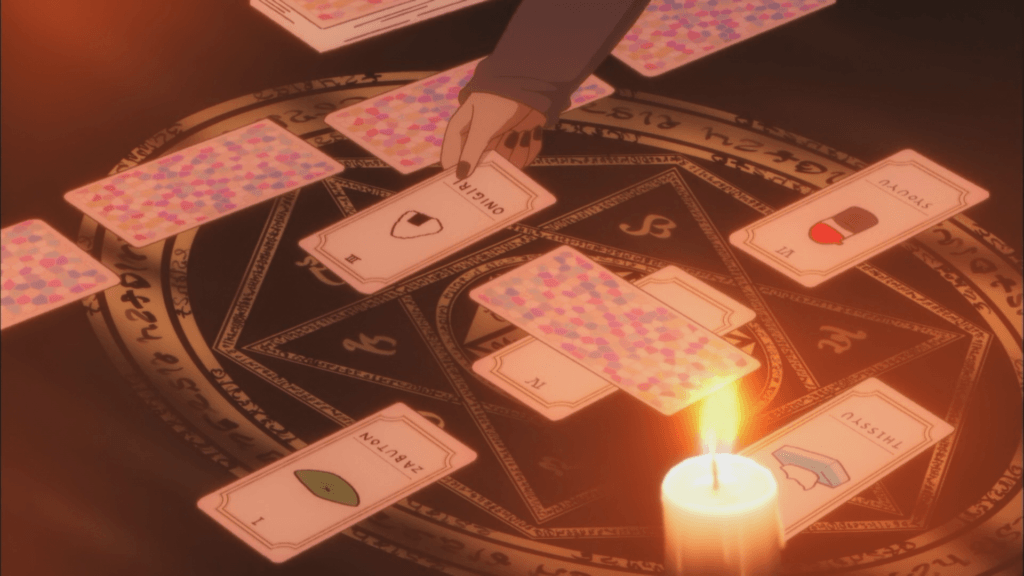 The cards and meanings are: 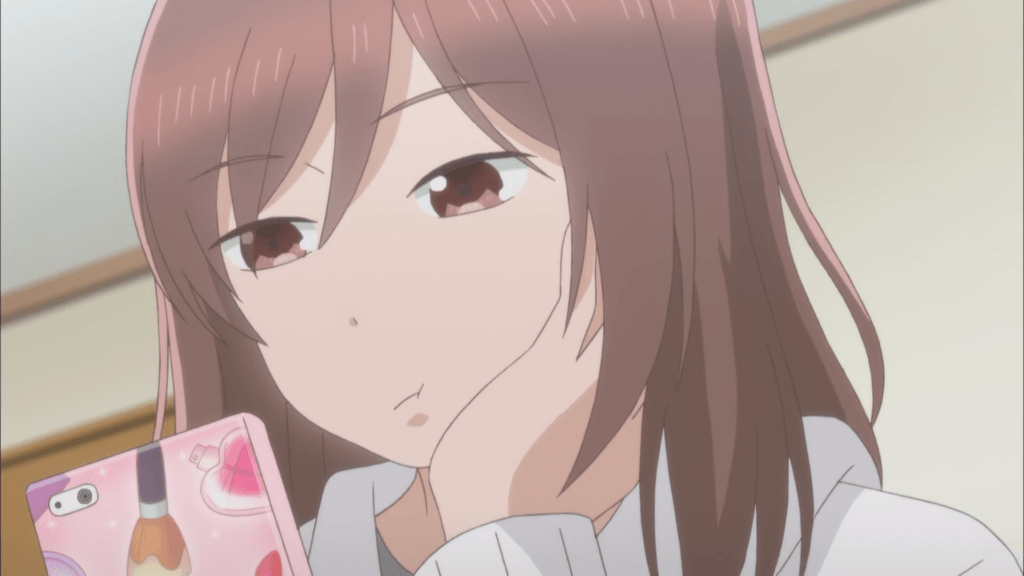 In the official subtitle, the line “shakaiteki ni massatsusuru” was translated as “I will erase your existence”, but more accurately it should be “societally erase”. 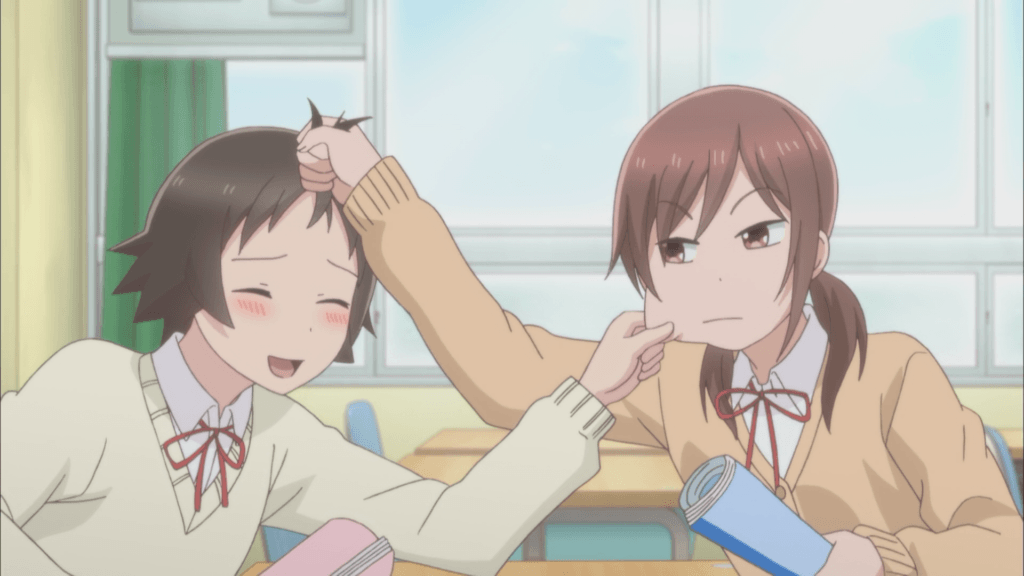 In the official subtitle, the line “dango mushi” was translated as “insect”, but more accurately it should be “pillbug”. 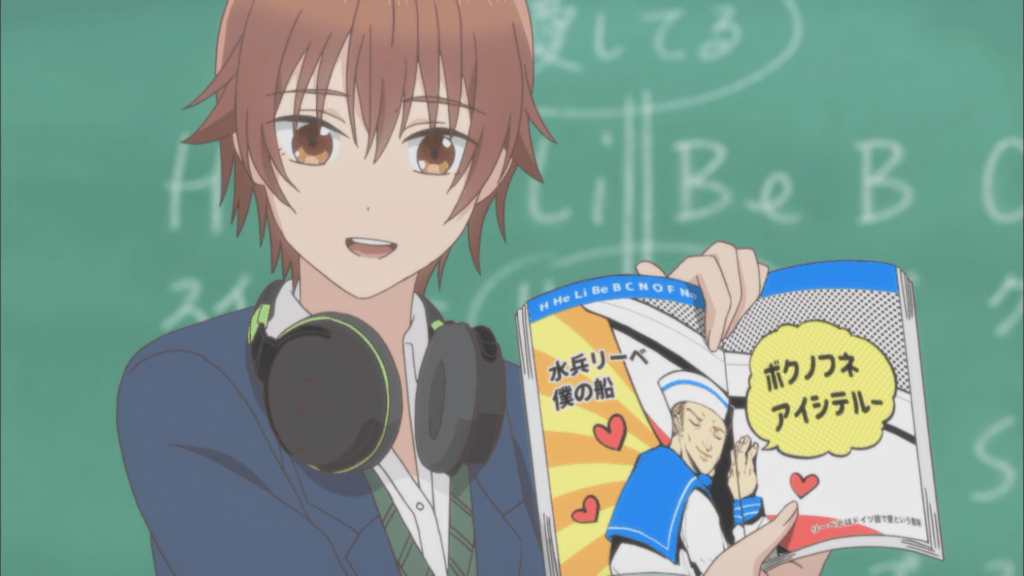 The first 10 elements of the periodic table “H He Li Be B C N O F Ne” are remembered via the mnemonic “suihee riibe boku no fune” (literally, “naval sailor Riibe my boat”). 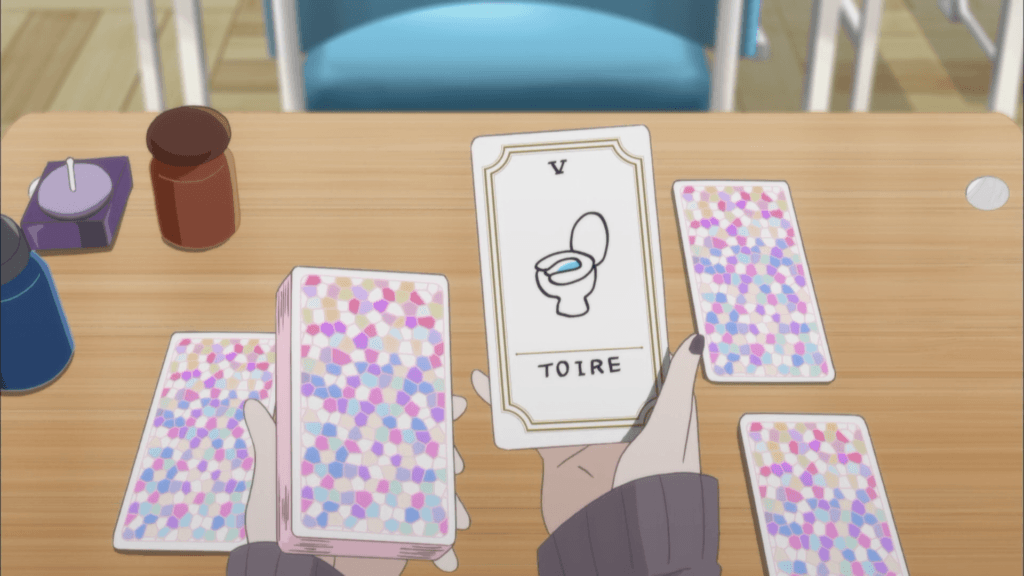 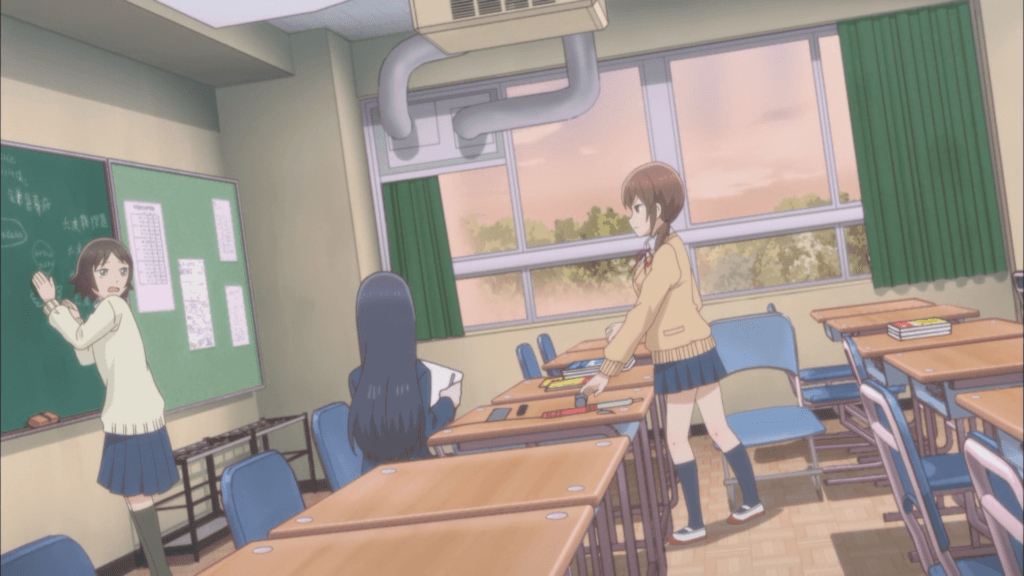 In the official subtitle, “muri muri katatsumuri” was translated as “Forget it, forgot it, four goats and a tit!”. The more literal meaning would be “no way, no way, snail!”, as “katatsumuri” means snail and contains “muri” in it which can have various meanings, but, in this case, means “no way”. 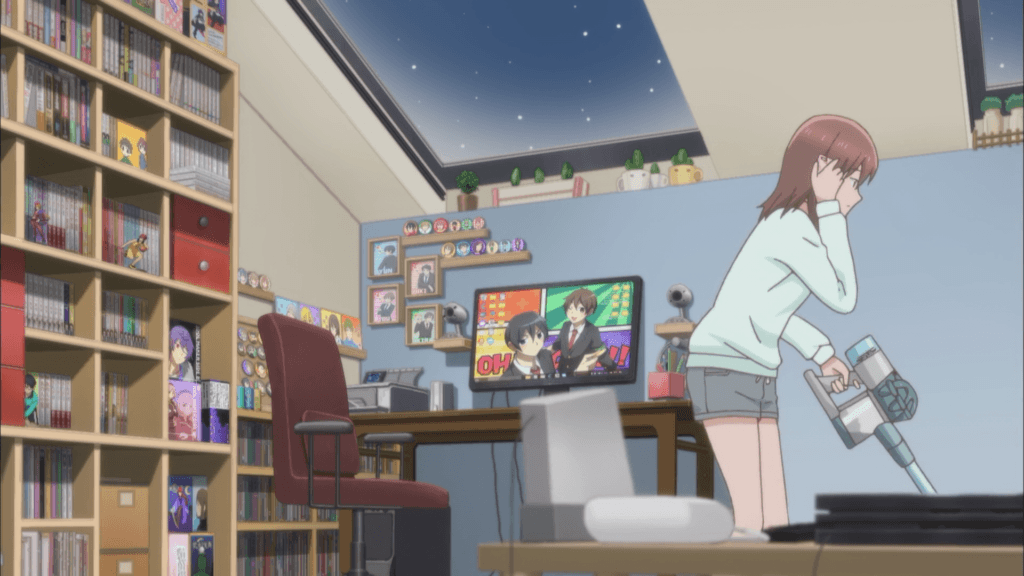 The vacuum cleaner used by Wota appears to be a Dyson Cord-Free. 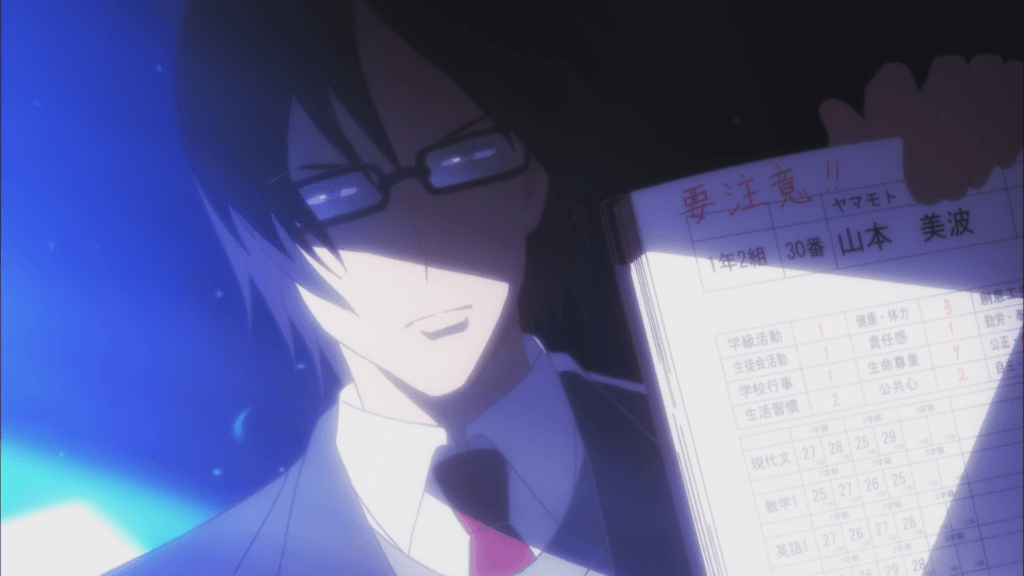 The print regarding various grades for Yamai

The first table are scores for her as an individual.

The scores for each are presumed to be out of 5, so she at least seems to have good “health” and “respect for life”. 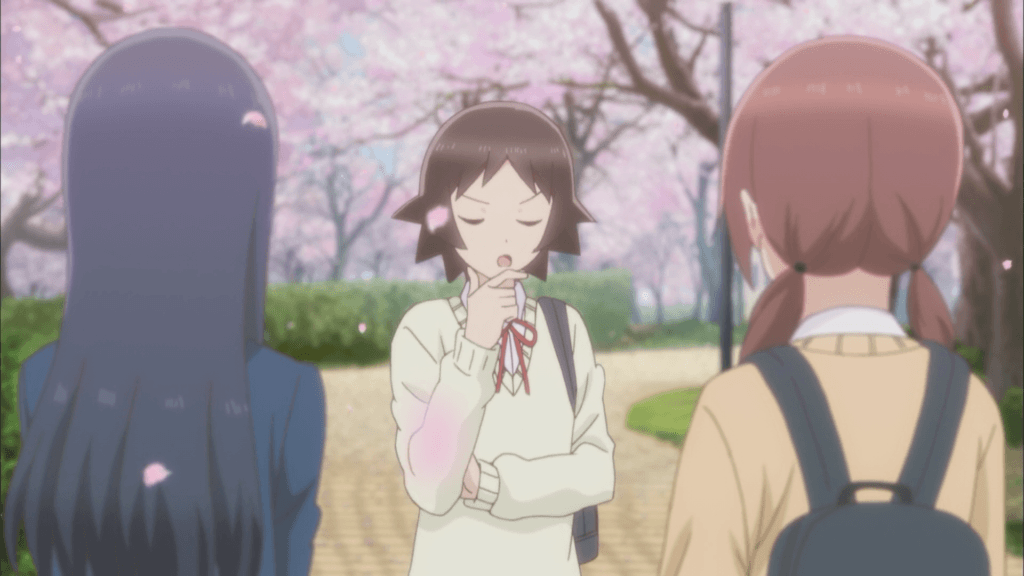 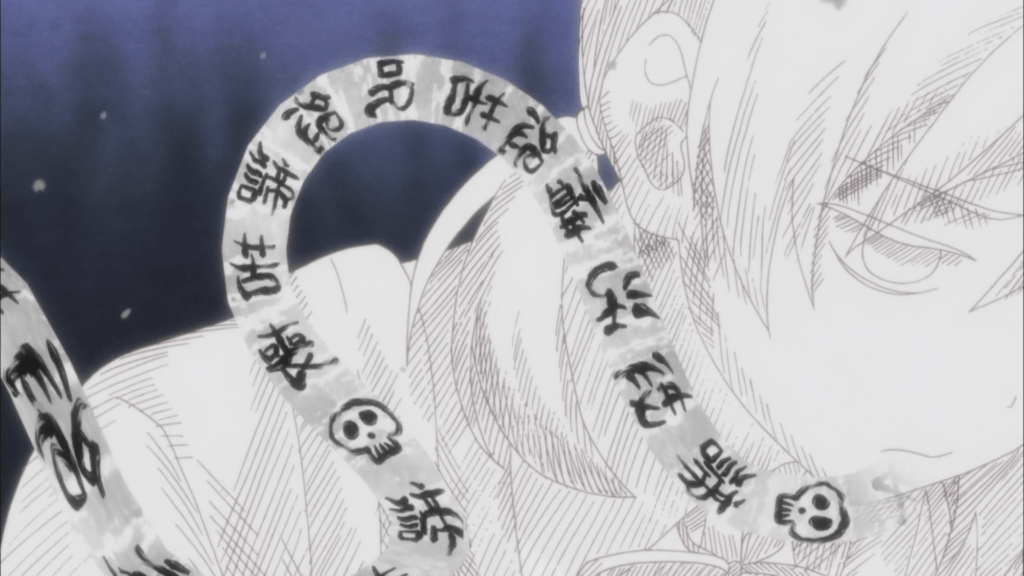 While Baka had all “あ” (literally just pronounced “a”) coming out of her mouth, Wota, besides the skull symbol, was releasing a group of the same kanji with mostly negative meanings in random orders. The kanji included: 怨 (grudge/resentment), 諦 (give up), 喪 (mourning), 汚 (defile/dirty), 情 (emotion), 苦 (suffering), 呪 (curse).