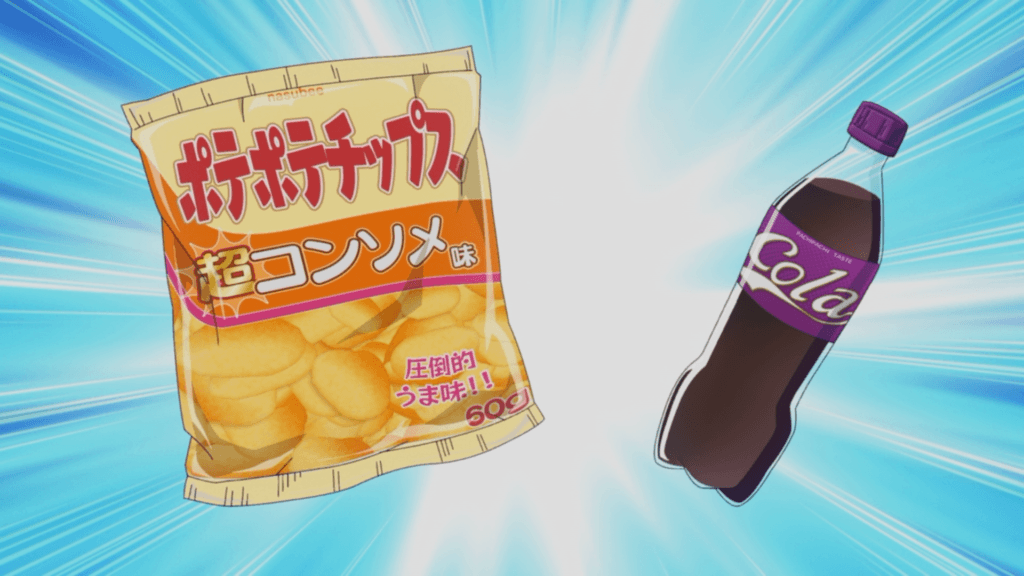 Parody Coca Cola. The combination of cola with potato chips may be a reference to Doma Umaru from the manga Himouto! Umaru-chan 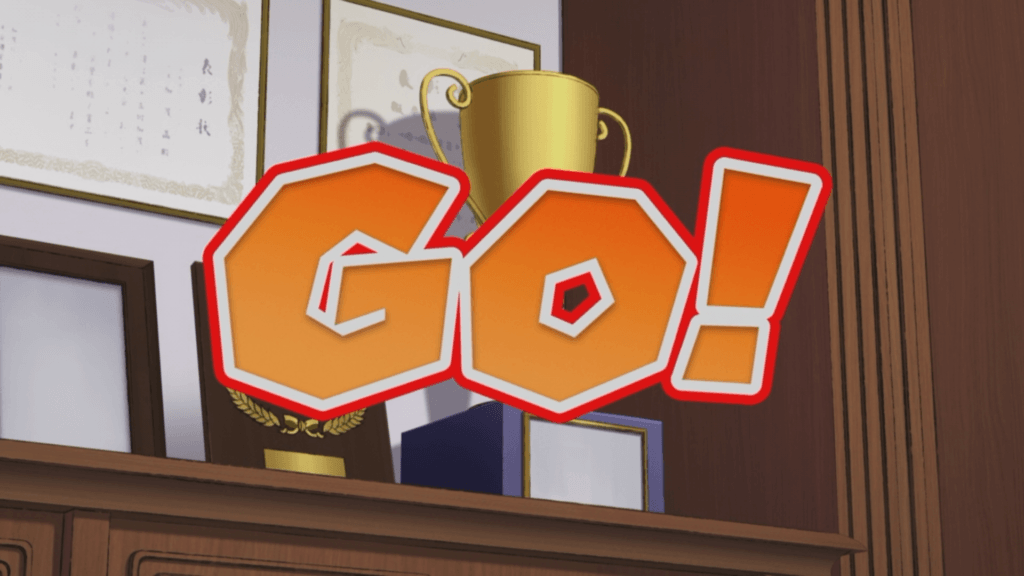 The countdown and sound effect are the ones from the game Mario Kart. 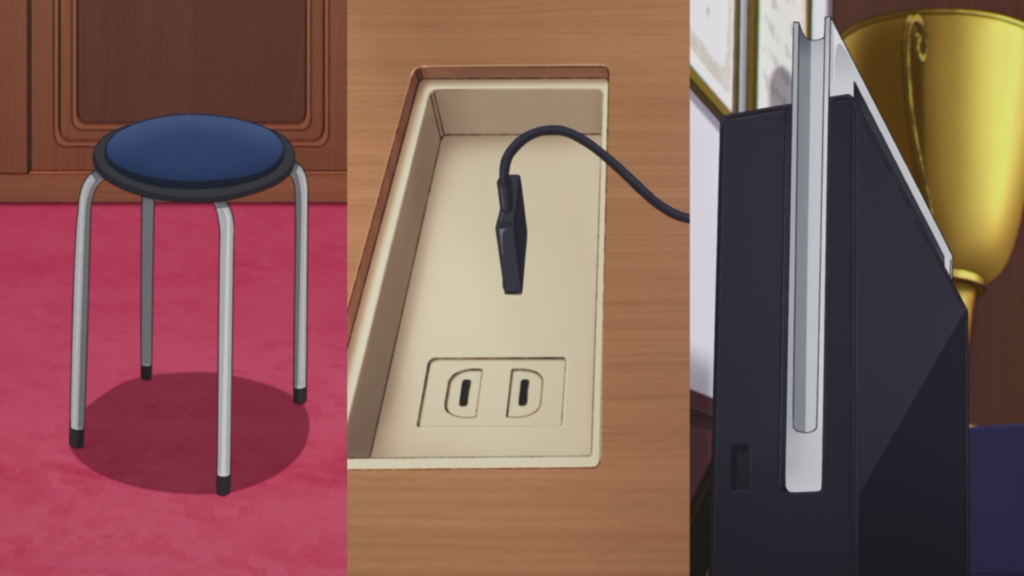 The right most item is the Nintendo Switch dock system 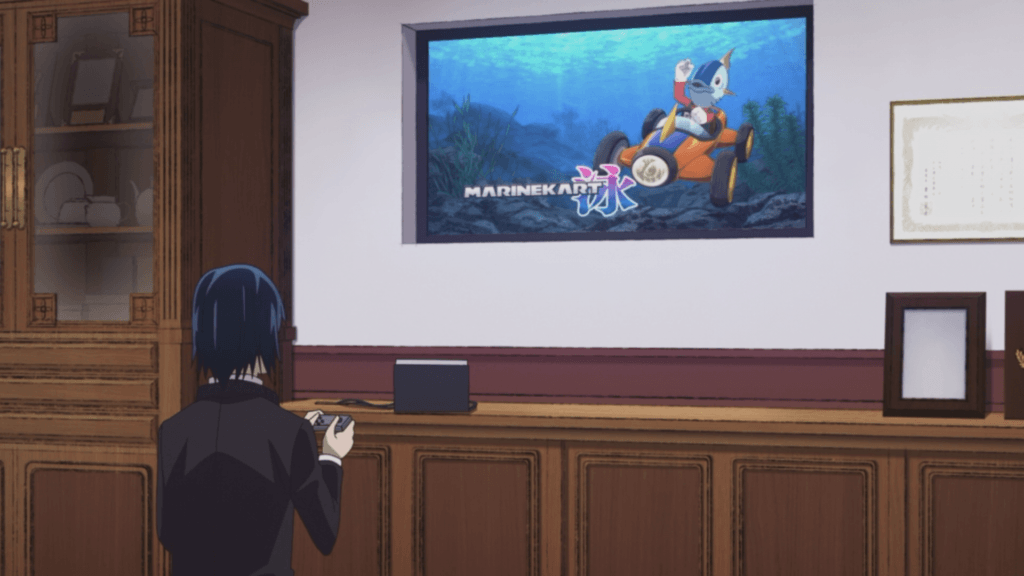 “MARINEKART” is a parody the name “Mario Kart”

The bottom left icon is the Twitter icon and the bottom right icon contains what resembles a mix between the first PlayStation controller and the Dual Analog Controller. 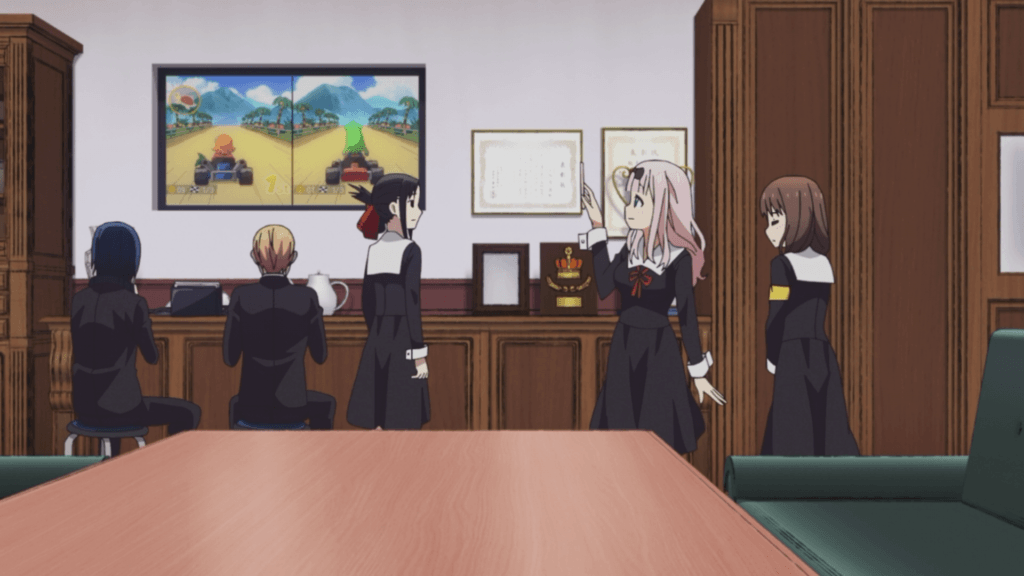 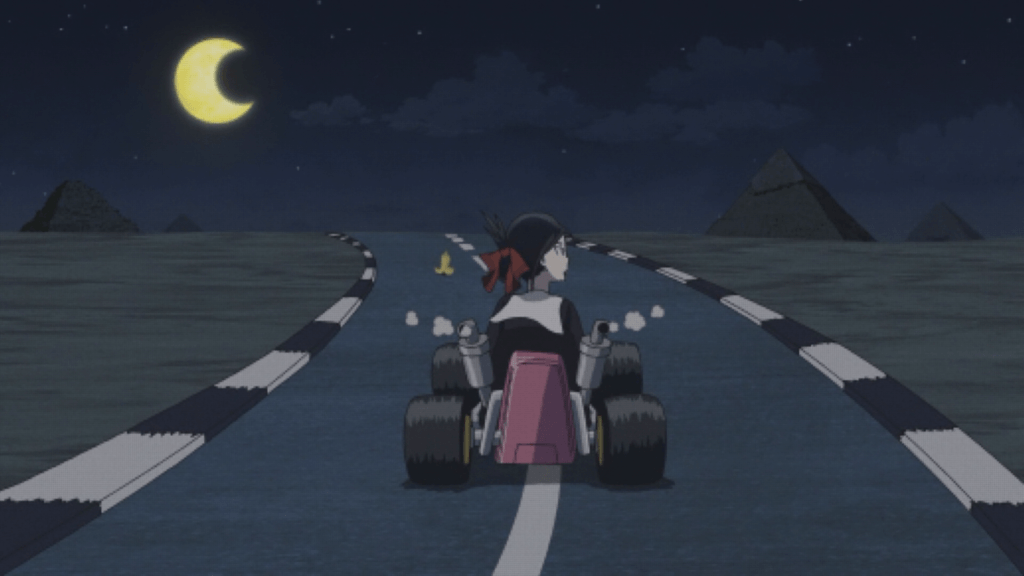 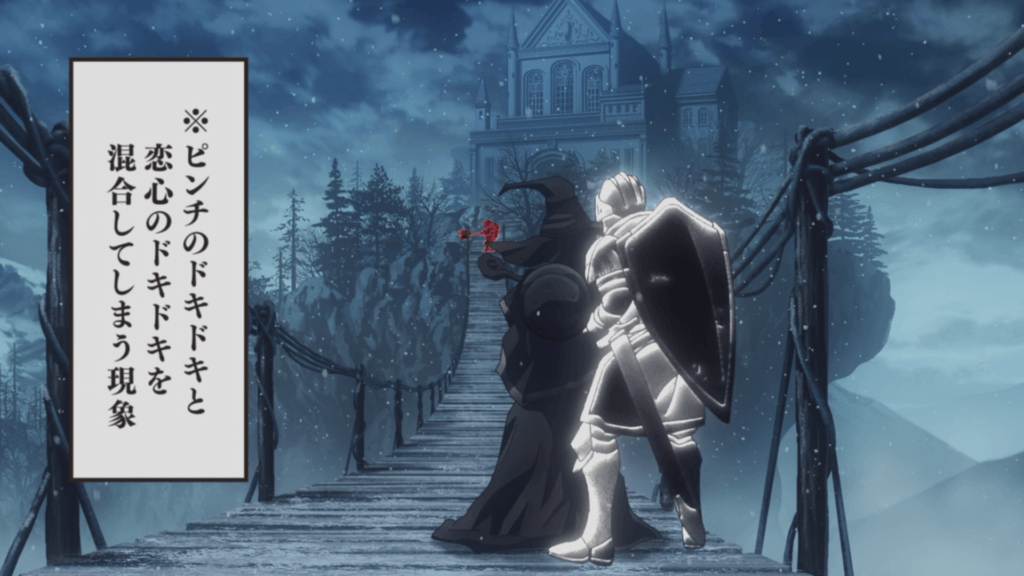 There are various parodies of the game Dark Souls. The area seems to be the rope bridge leading to the cathedral in the Painted World of Ariandel from Dark Souls 3. What resembles the characters from the game also are present including the Red Phantom, a Witch and someone in a Knight Set armour. 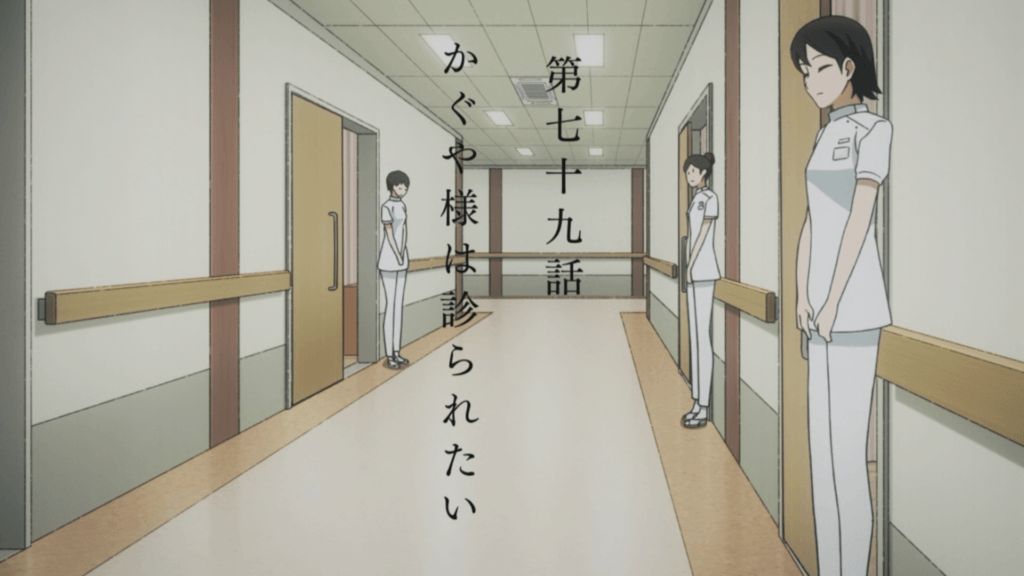 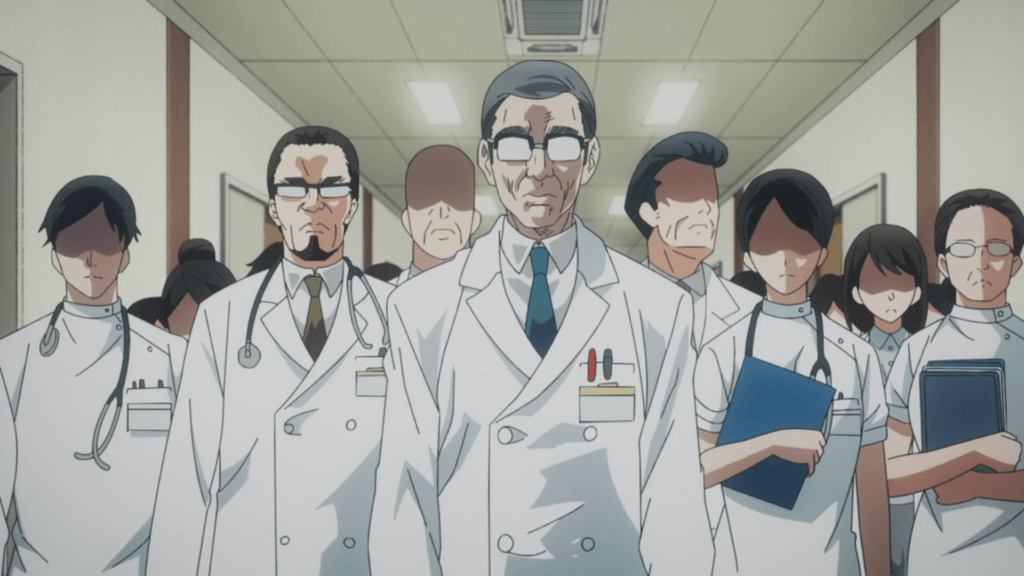 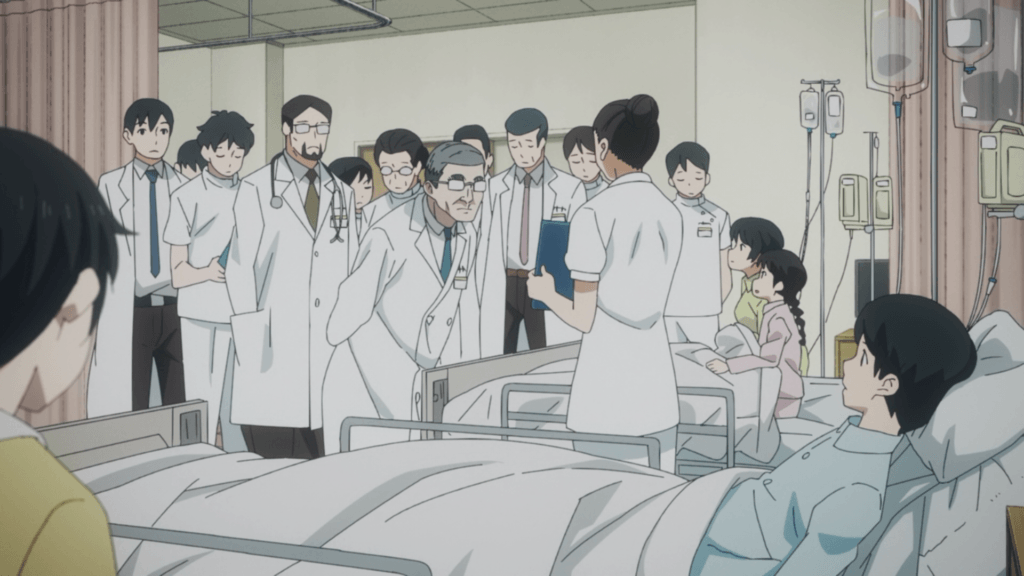 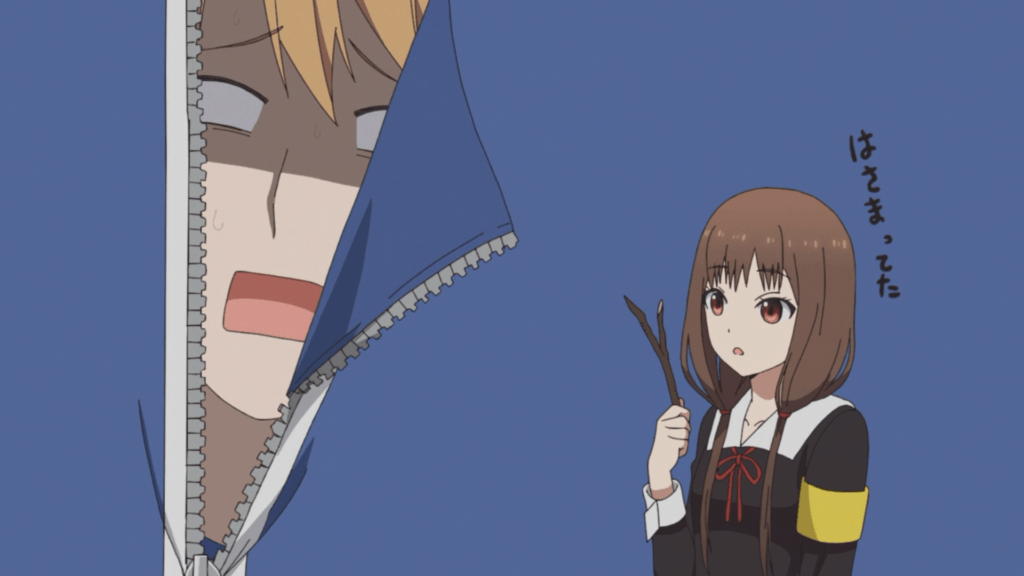 The text means roughly “got stuck” without specifying what got stuck. The imagery of Shirogane Miyuki behind the opened zipped material may be alluding to some other thing being stuck… 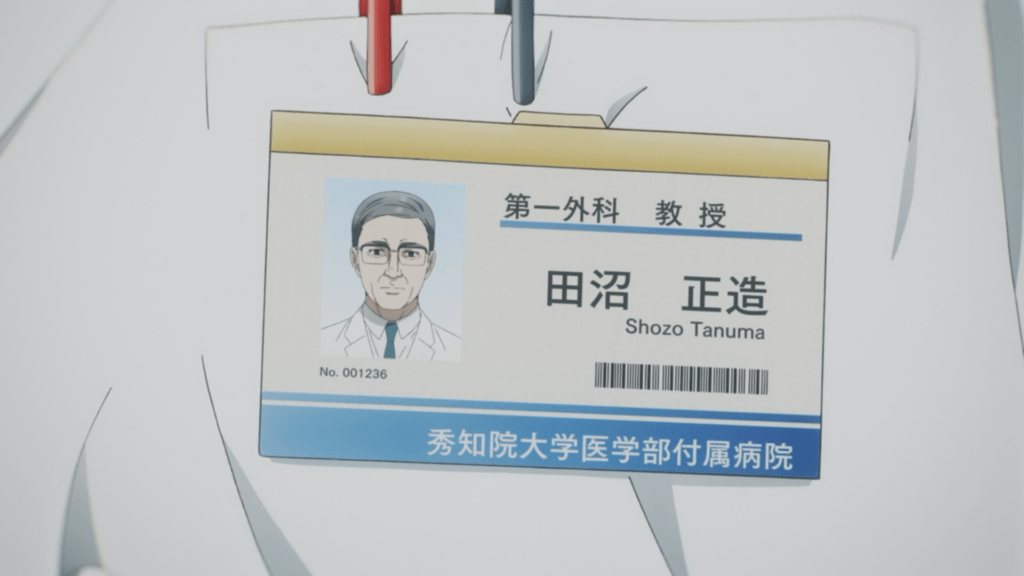 The Doctor had always been referred to as “Professor”, yet the subtitles referred to him as “Dr.” most of the time.

16:51 The subtitles omitted that Professor Tanuma Shouzou’s is referred to as “God Hand”. 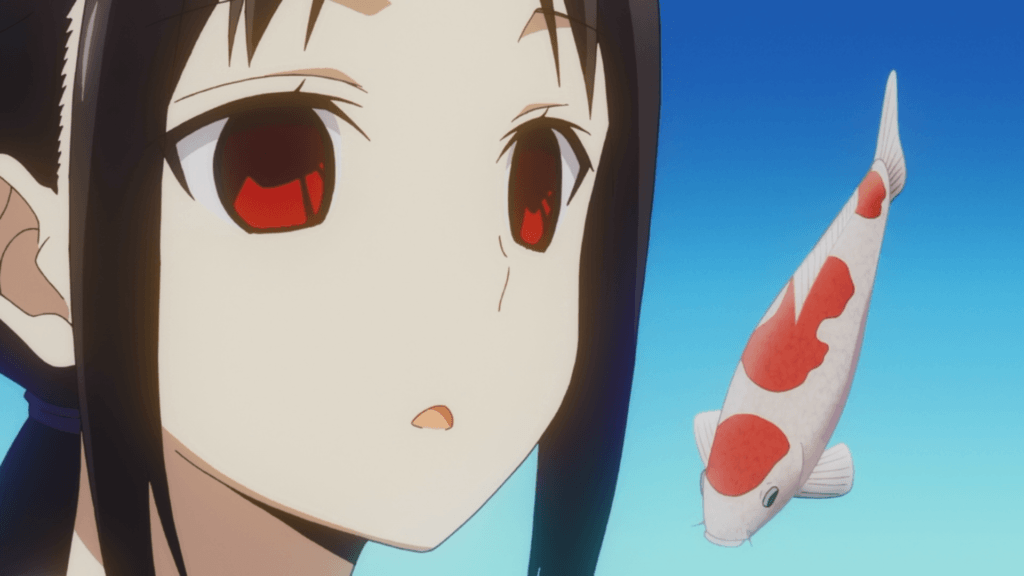 The fish depicted is a “koi” which is a homophone for “romantic love” in Japanese. Without any explanation, it is unclear that she Shinomiya Kaguya were misunderstanding the Professor saying “koi” to mean the “love” and not the fish. 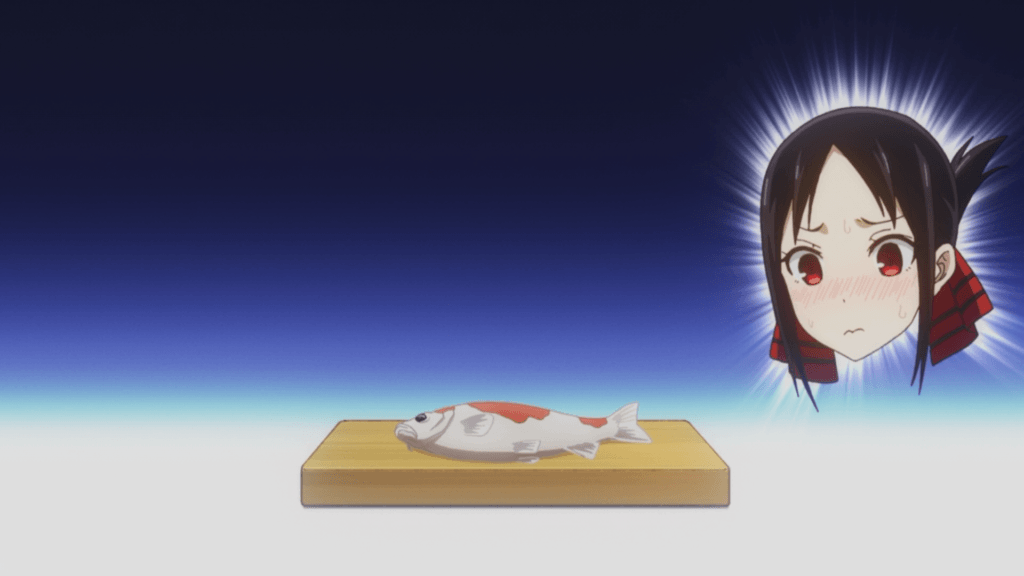 The koi on top of a chopping board (“manaita no ue no koi”) is an expression expressing a situation where someone doomed to their fate (like a fish on top of a chopping board is doomed to be chopped up). “manaita no ue no koi” can also be used where the meaning of the “koi” is the “love” koi and not the fish, in which case, it means someone is one party involved in the love is at the mercy of the other. 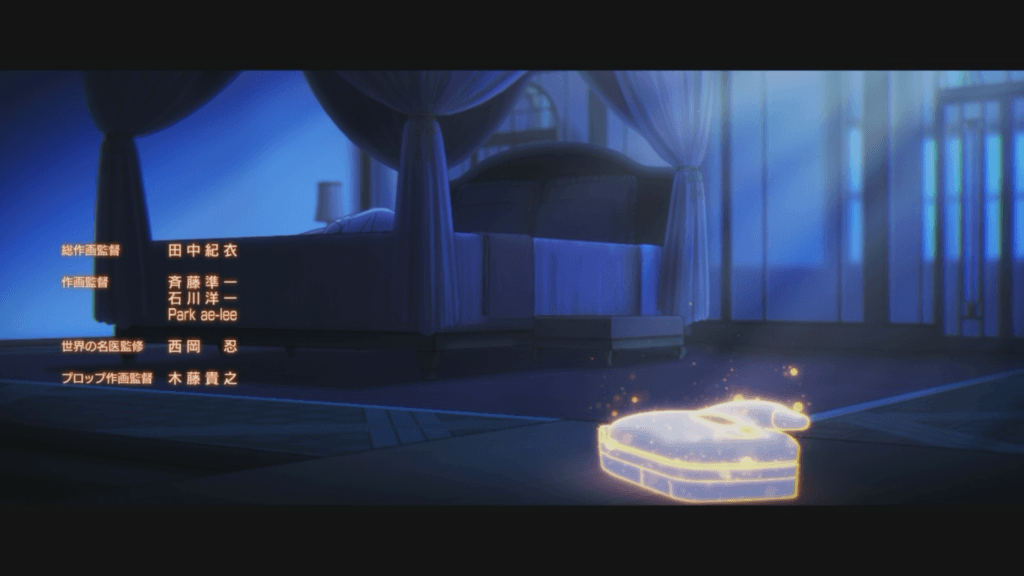 An interesting role in the credits is “世界の名医監修” which means “World’s Excellent Doctor Supervisor”.