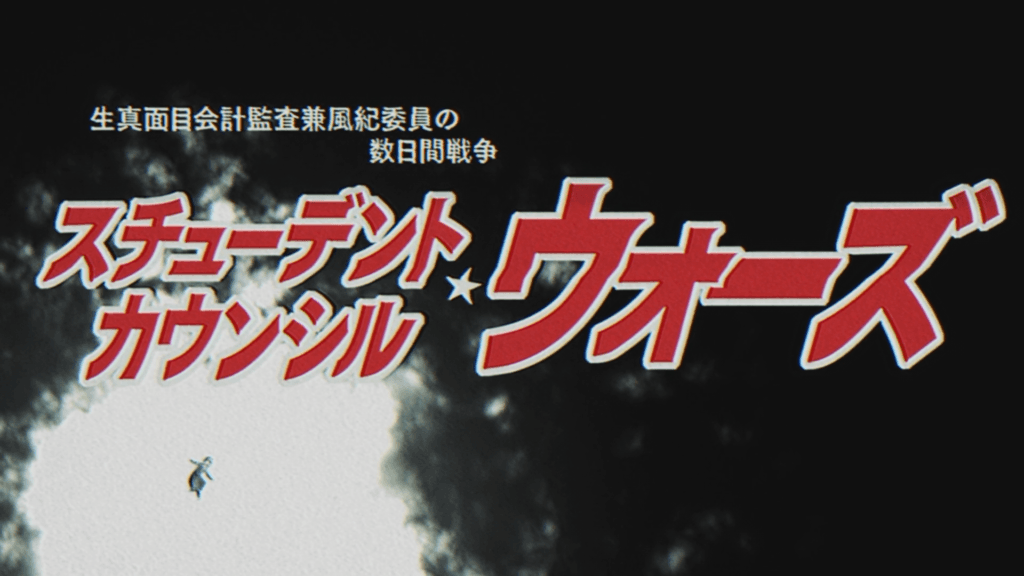 The sequence is a parody of the opening for the 1984 Japanese TV series School Wars ~Nakimushi-sensei no 7-nen Sensou~. 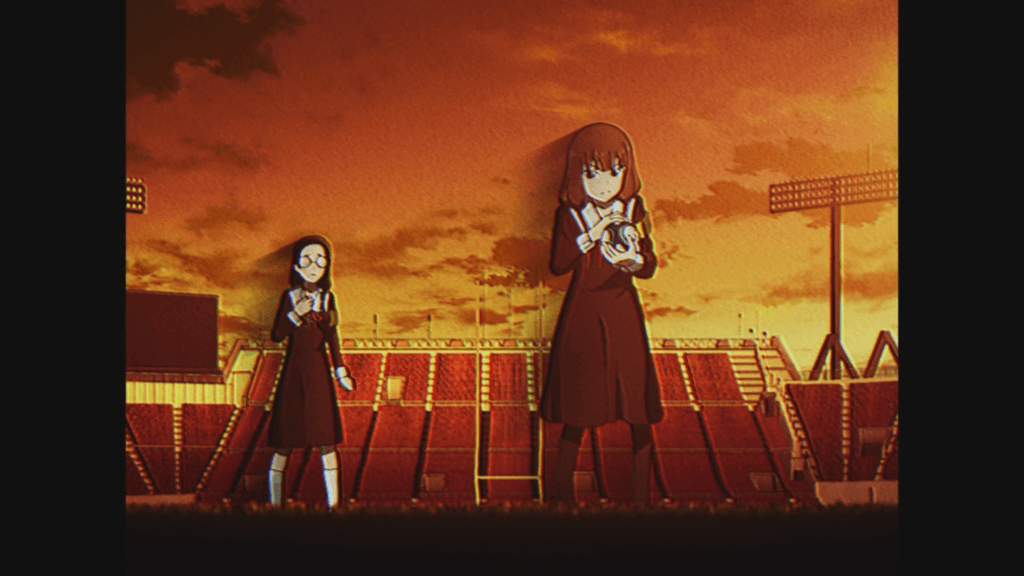 The rugby part at 8:48 is also referencing School Wars with rugby being a central part of the story.

2:53 Shinomiya Kaguya in Iino Miko’s fantasy says “kusatta mikan wa hayame ni shobunsuru ni kagirimasu” (literally “rotten mikans (Citrus unshiu) are best disposed of early on”, and translated as “We have to get rid of the rotten apples as soon as possible”). It is possibly a reference to the Japanese TV series San-nen B-gumi Kinpachi-sensei / Mr. Kinpachi in Class 3B where delinquents were seen as “rotten mikans” inside a box with other students which would cause nearby mikans (other students) to also become rotten and therefore should be disposed of. 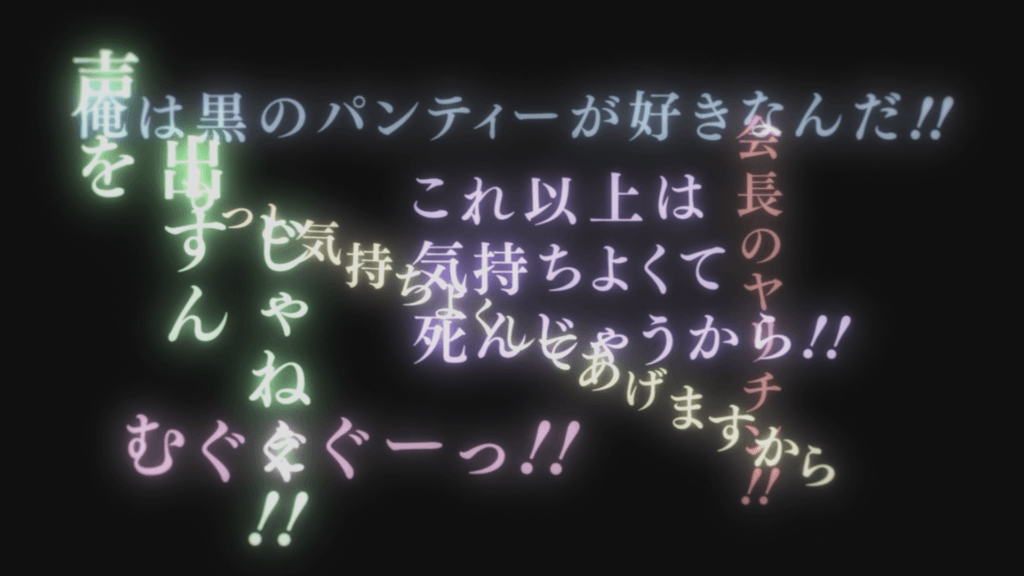 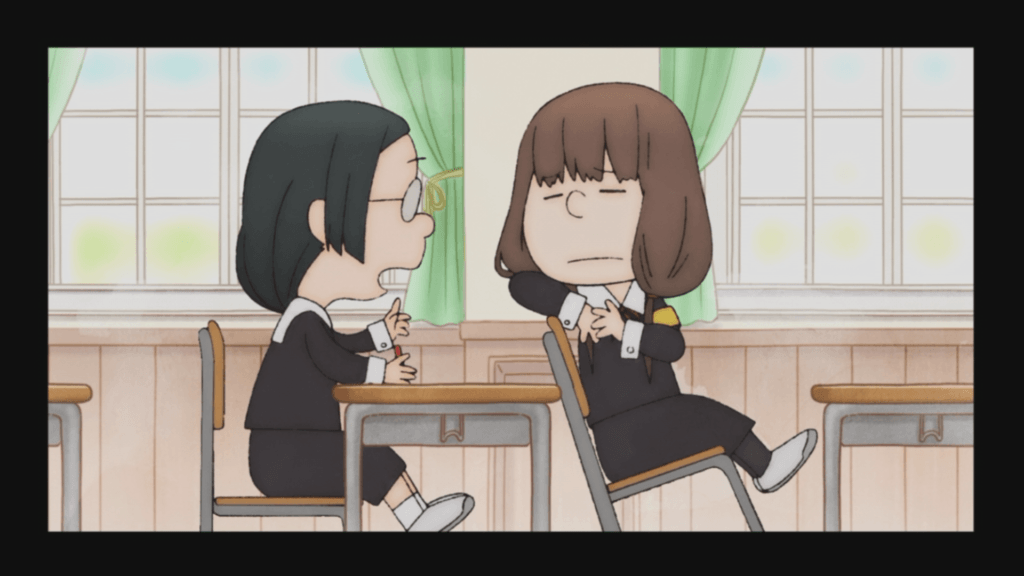 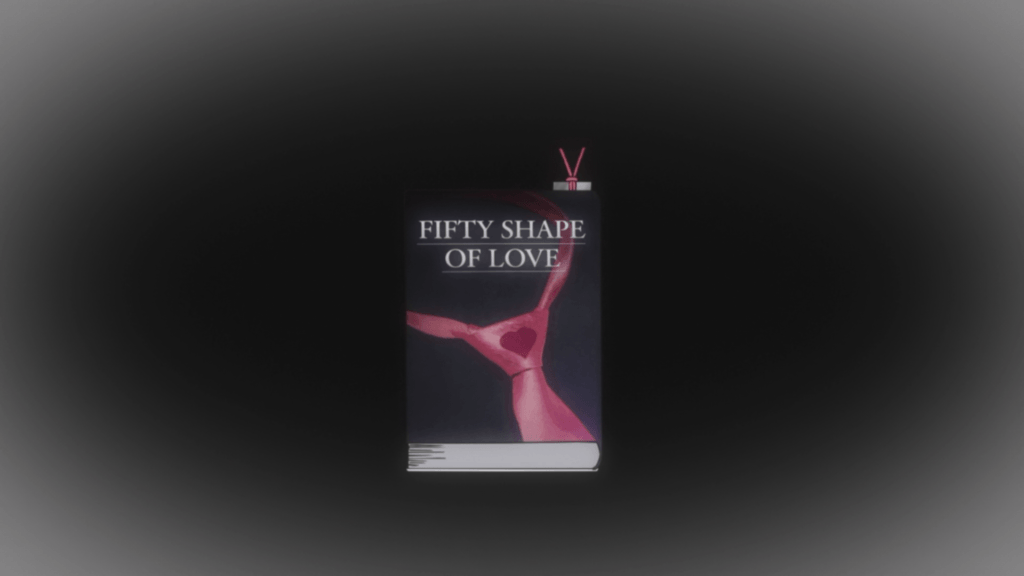 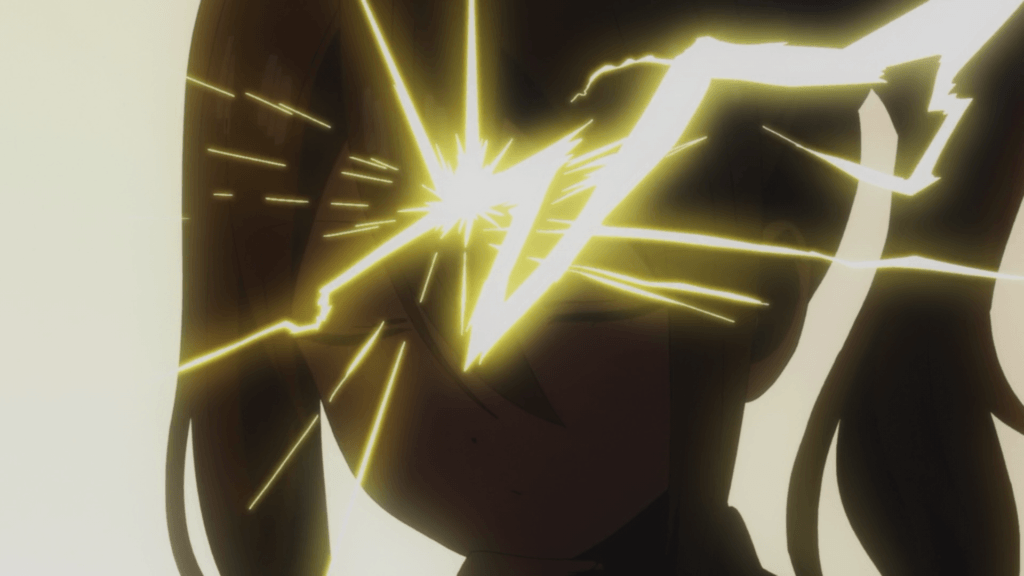 The newtype detection ability from the anime Kidou Senshi Gundam / Mobile Suit Gundam and parody of its sound effect which sounds similar. 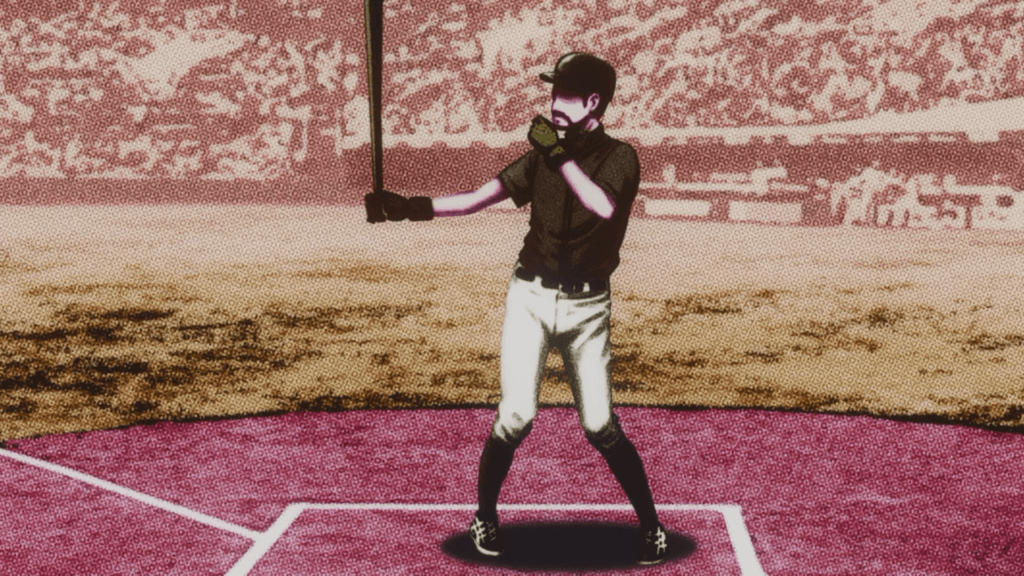 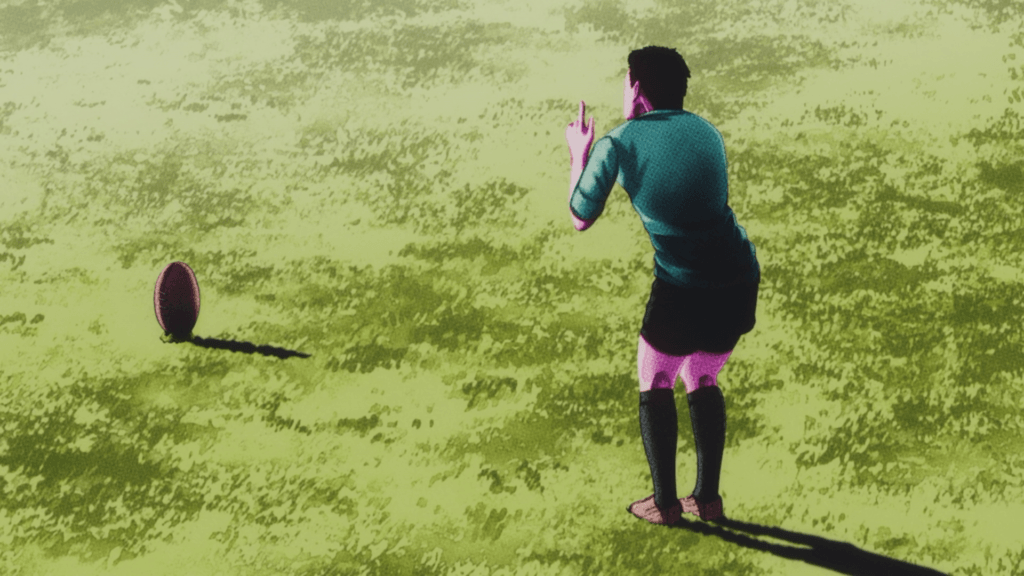 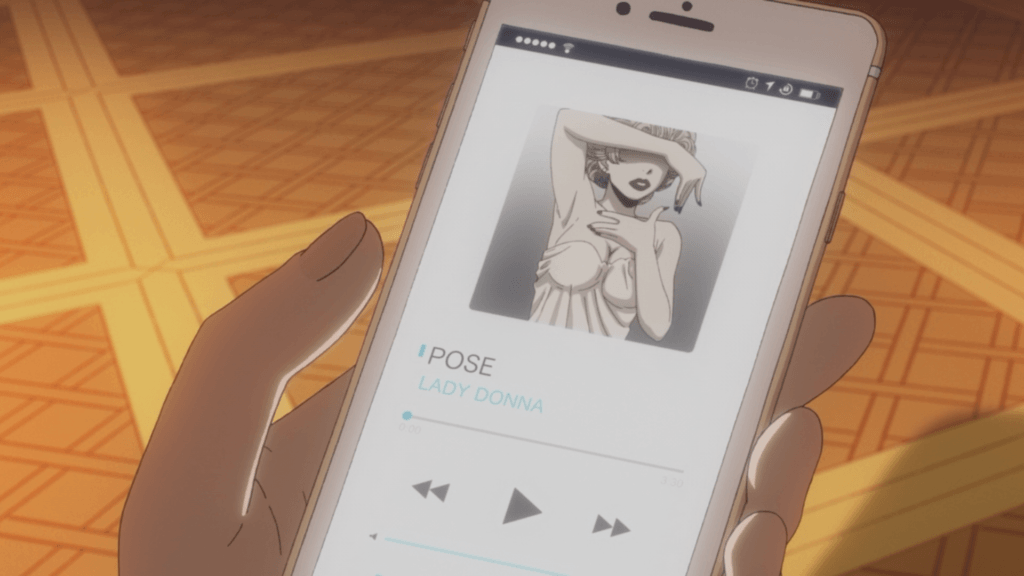 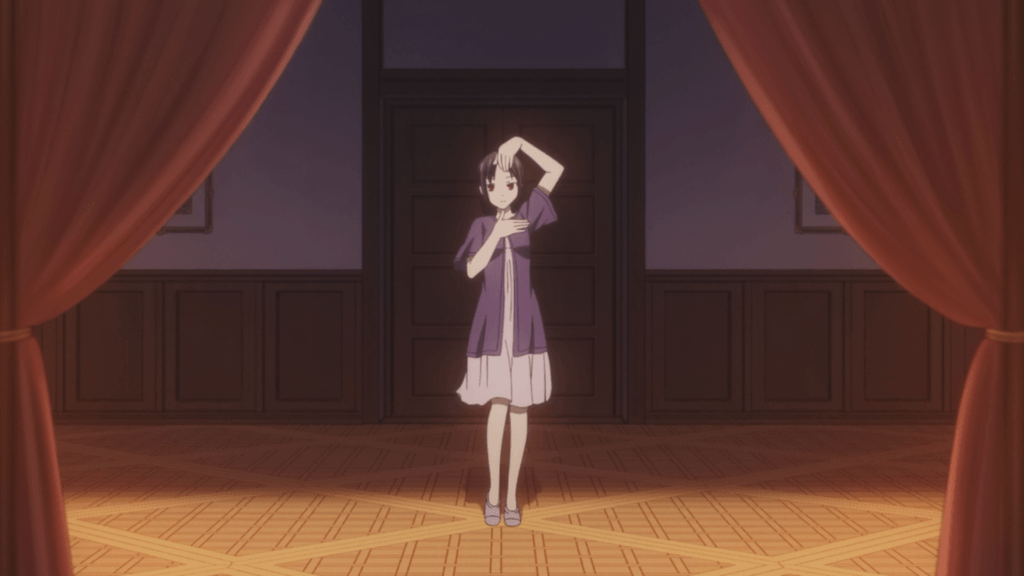 Kaguya does vogue dance which was used in the music video for the song Vogue. 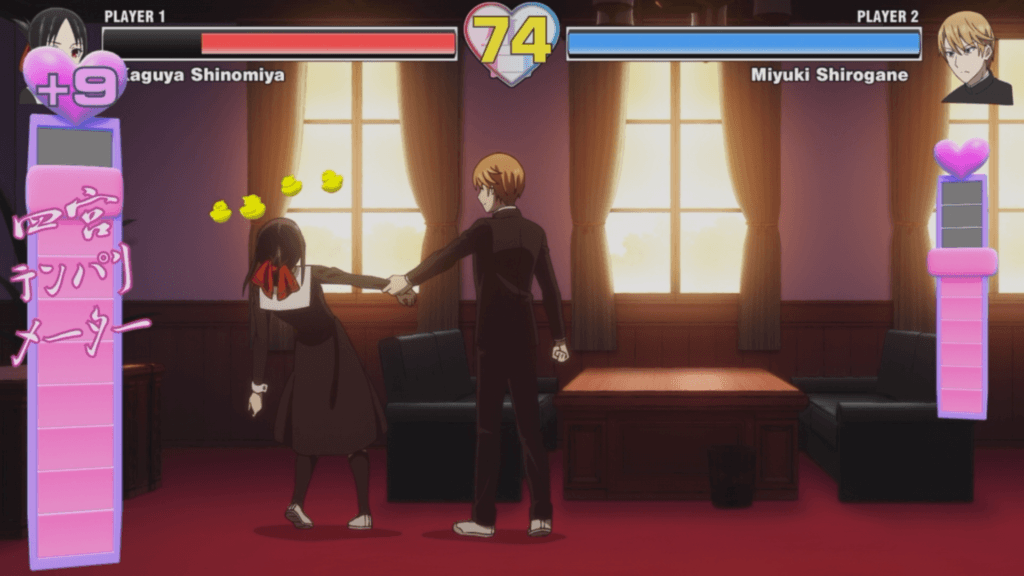 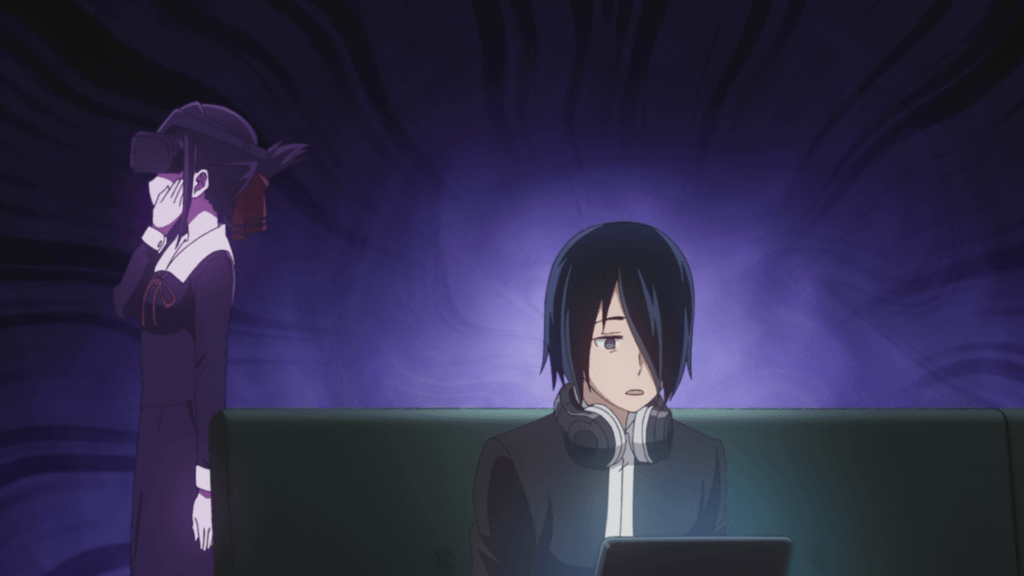 Kaguya is wearing probably a parody of the PlayStation VR headset 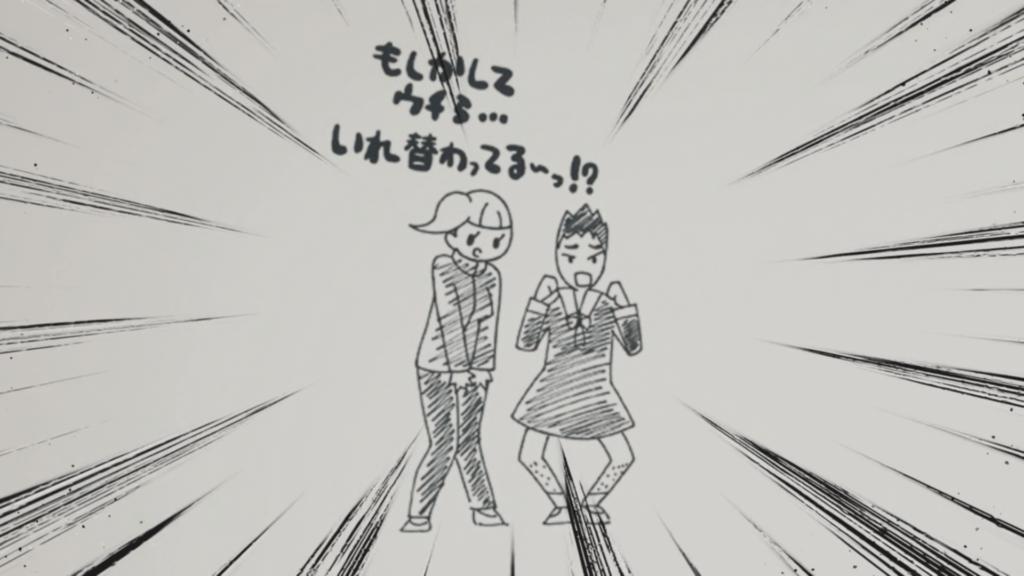 On the whiteboard is “moshikashite uchira… irekawatteru~!?” (roughly “could it be we are… swapped!?”) which is a parody of the longer lines said by the 2 main characters in the anime film Kimi no Na wa. / Your Name. 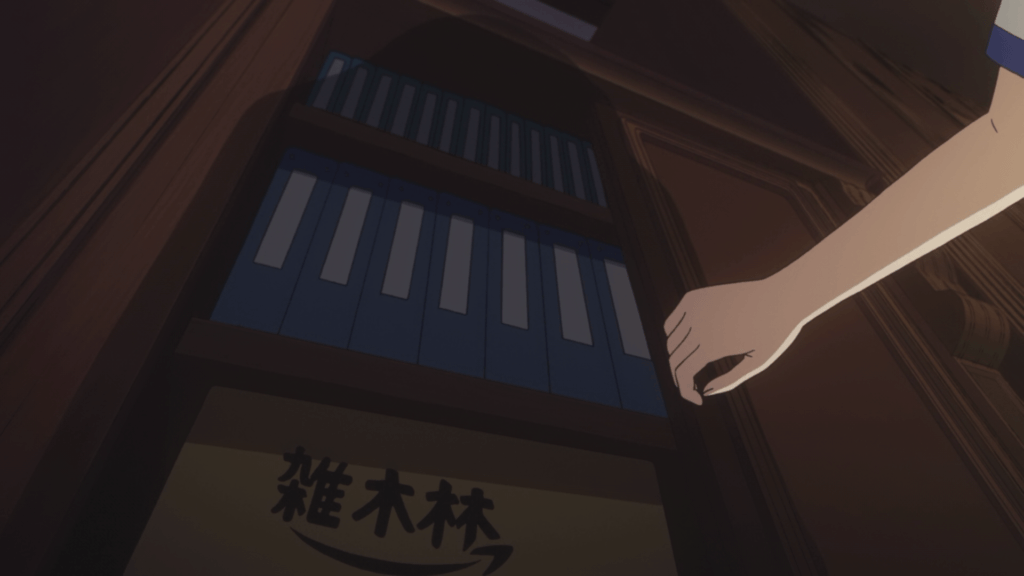 Parody of Amazon and its logo. “雑木林” refers to “thicket” which is probably a parody of “Amazon rainforest”. 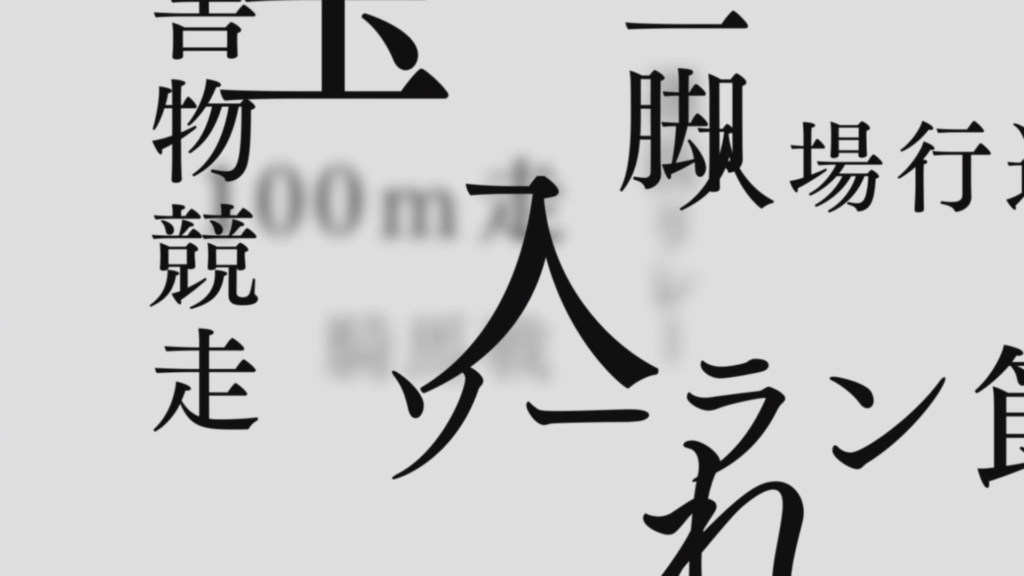