Parodies, references and notes explanation for Dumbbell Nan Kilo Moteru? / How Heavy Are the Dumbbells You Lift? episode 3. 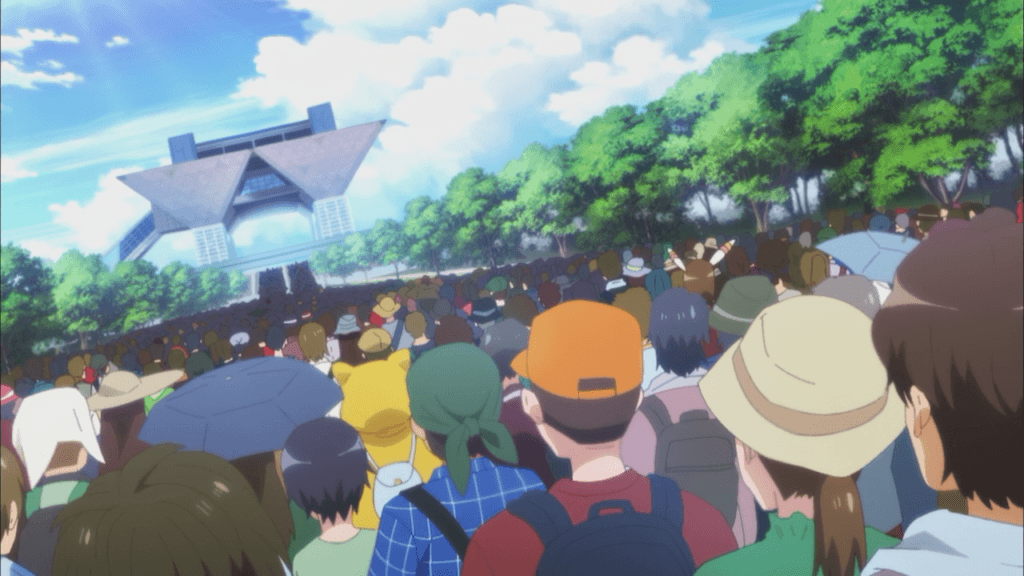 The venue depicted is the Tokyo Big Sight where the characters were likely attending some kind of Comic Market event. 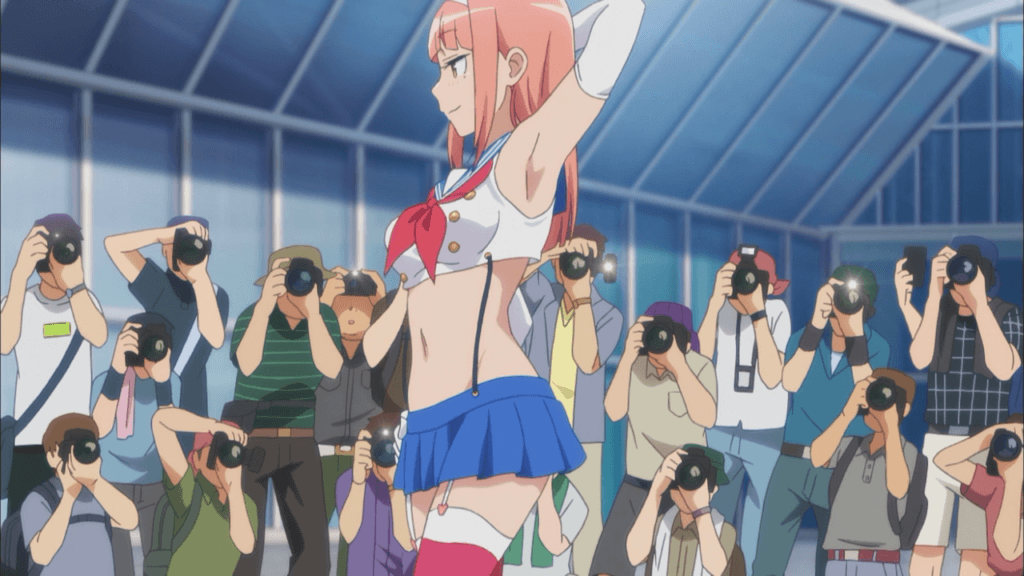 Tachibana-sensei’s cosplay resembles closely that of the character Zekamashi from Kantai Collection. 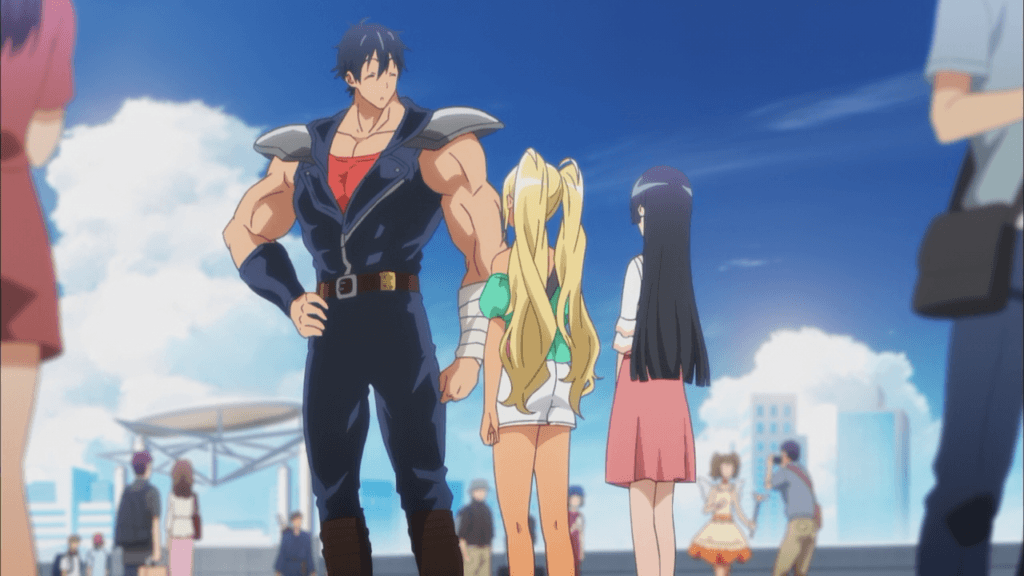 Machio-san cosplays as Kenshirou from Hokuto no Ken. However, he was referred to as “筋王様 / Kin Ou-sama” (literally “Muscle King-sama”) which was probably a reference to Raou (also known as “拳王 / Ken Ou” which means “fist king”) from Hokuto no Ken. 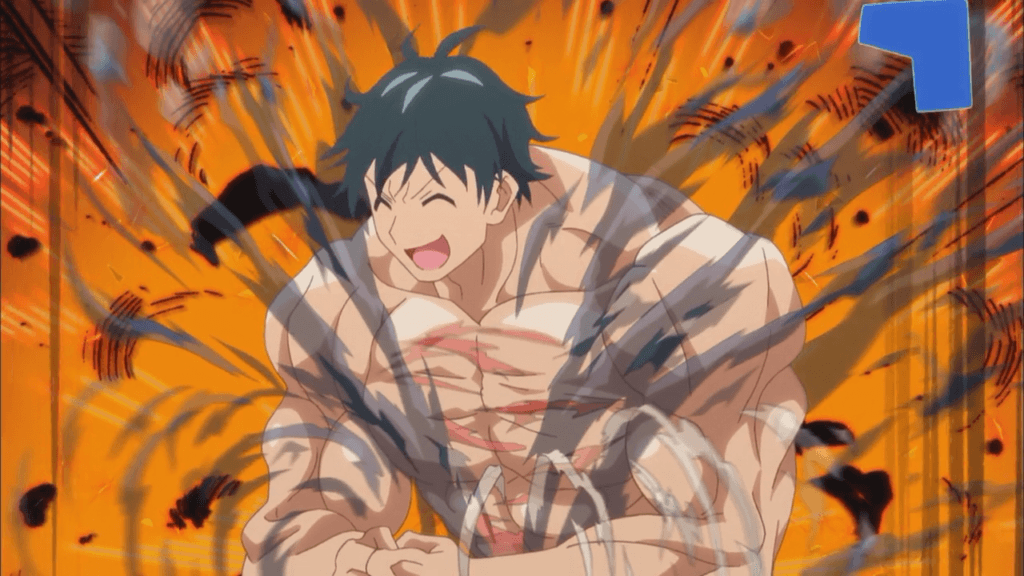 The parody line was “temeera no niku wa nan kilo daaaa” (roughly, “How many kilos are your(plural) meats?” and translated as “how much do your muscles weeeeeeigh?”).

The original line by Rei was “てめえらの血はなに色だ―――っ / temeera no chi wa nani iro daaaa” (roughly, “What colour are your(plural) bloods?”). 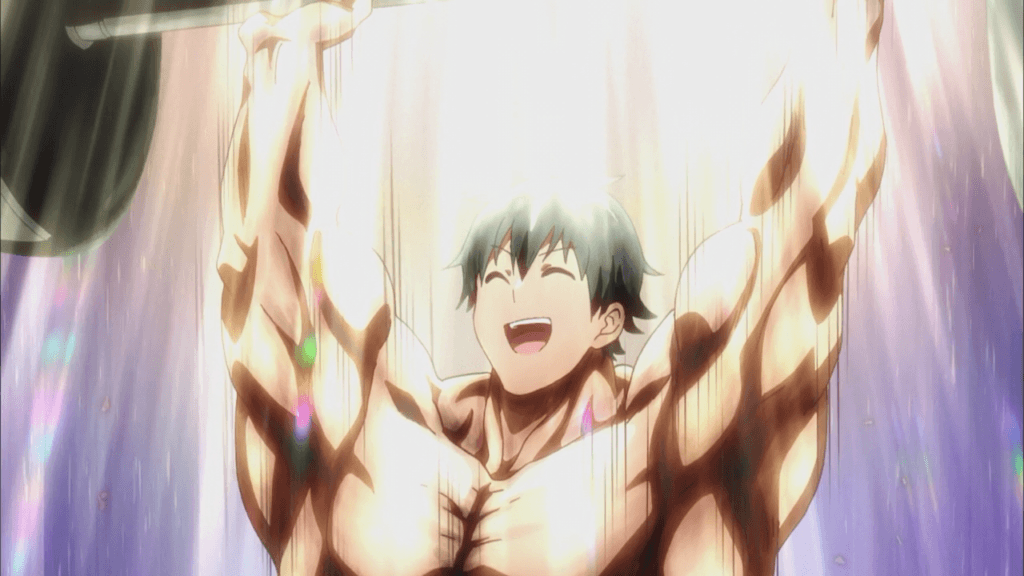 Machio-san’s line after he finished lifting the barbell over his head was a parody of a line by Raou also from Hokuto no Ken.

The parody line was “waga sankaku kin ni ippen no yoryoku nashi” (roughly, “In my deltoids, not one piece of remaining strength” and translated as “My deltoids are all outta juice”).

The original line by Raou was “わが生涯に一片の悔いなし！！ / waga shougai ni ippen no kui nashi” (roughly, “In all my life, not a piece of regret!!”).