Parodies, references and notes explanation for Dumbbell Nan Kilo Moteru? / How Heavy Are the Dumbbells You Lift? episode 5. 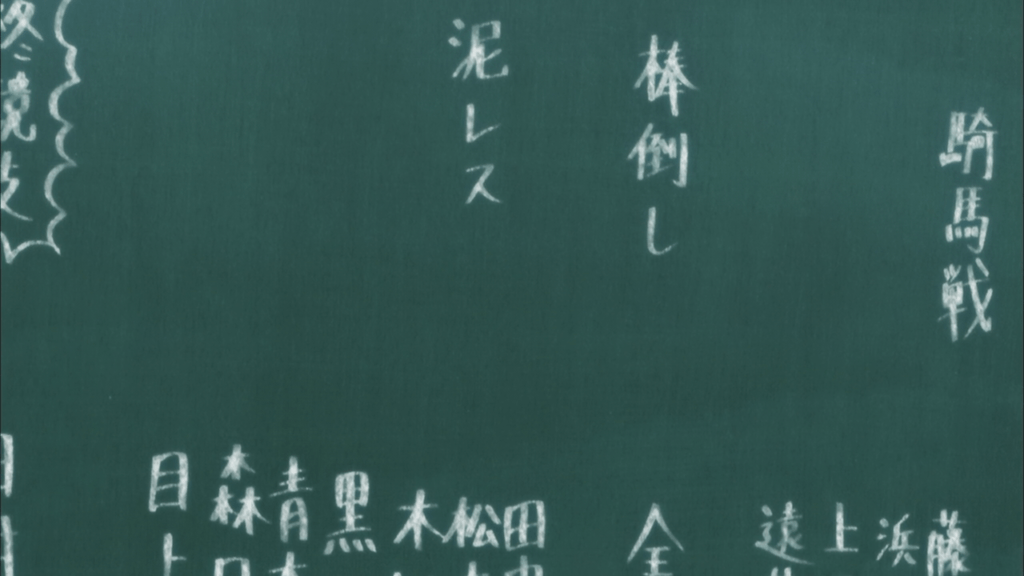 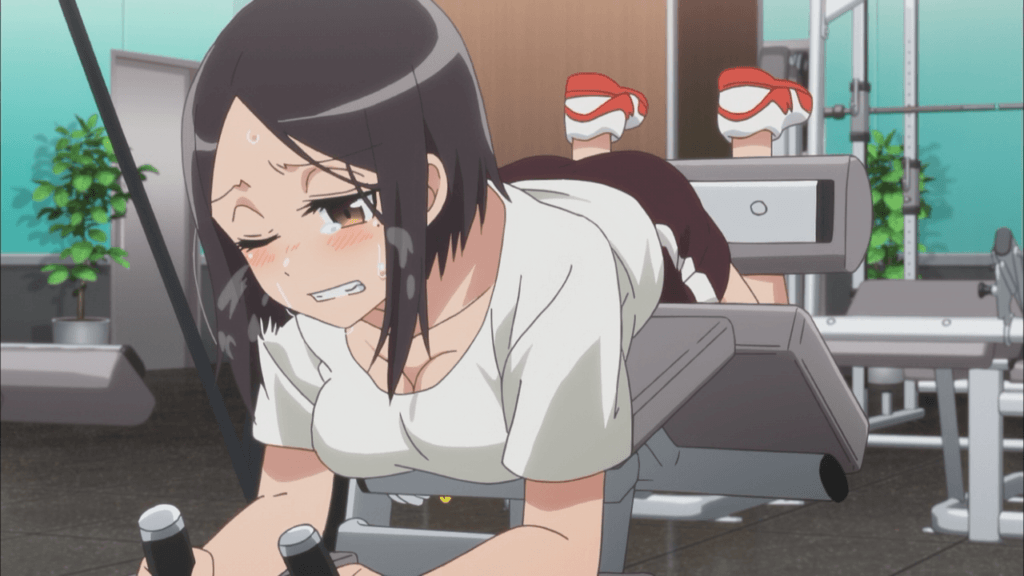 The final groan let out by Tachibana-sensei is “higii“. It is a particular kind of sound caused when one normally does the typical shrieking sound “hii“, but then clenches the teeth which produces a “gii” sound. 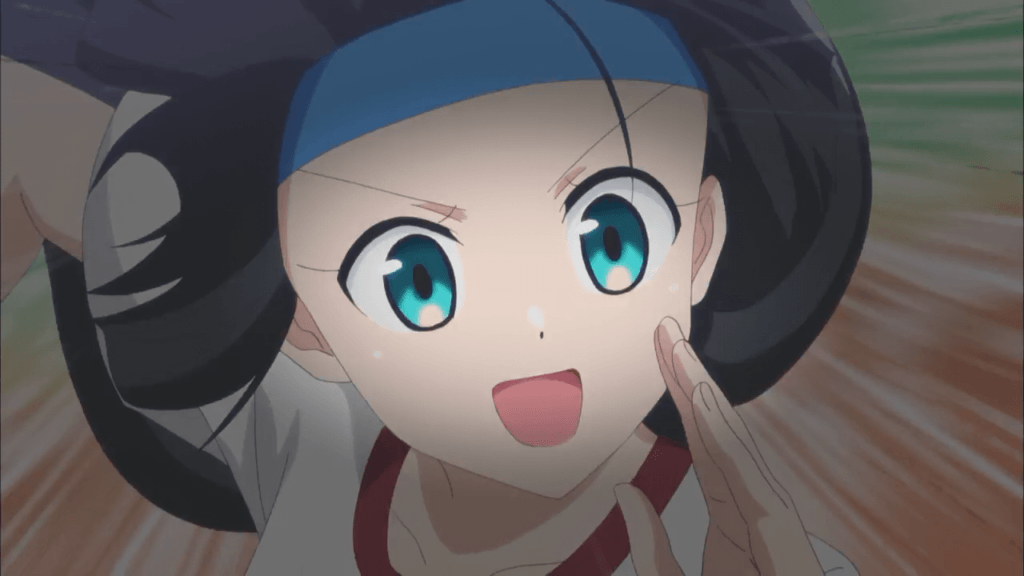 The name “Joyner” mentioned in this scene is a reference to Florence Griffith Joyner. 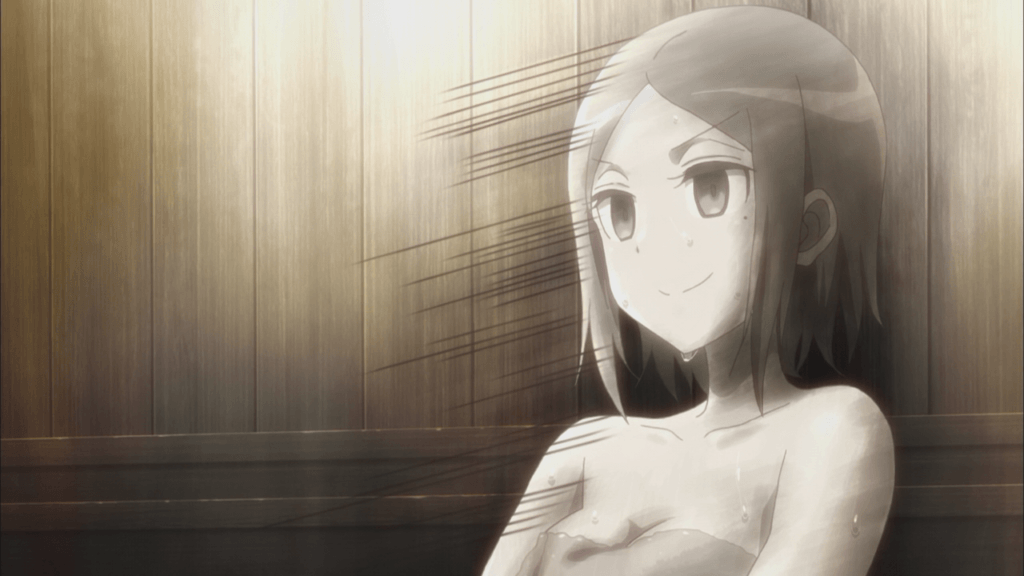 The scene of Tachibana-sensei frozen in the sauna may be a parody the scene in the manga Ashita no Joe / Tommorow’s Joe where Joe is burned out and all white. 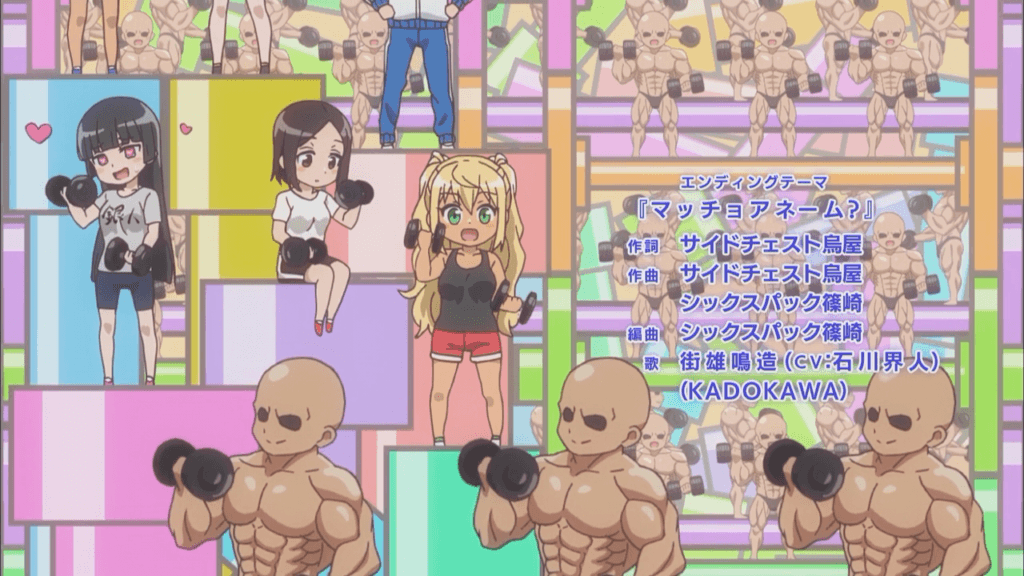 In the ending theme here, we can see that Akemi was wearing the very shirt focused on in this episode. Further, “銀人” literally means “silver person”.