Parodies, references and notes explanation for Dumbbell Nan Kilo Moteru? / How Heavy Are the Dumbbells You Lift? episode 6. 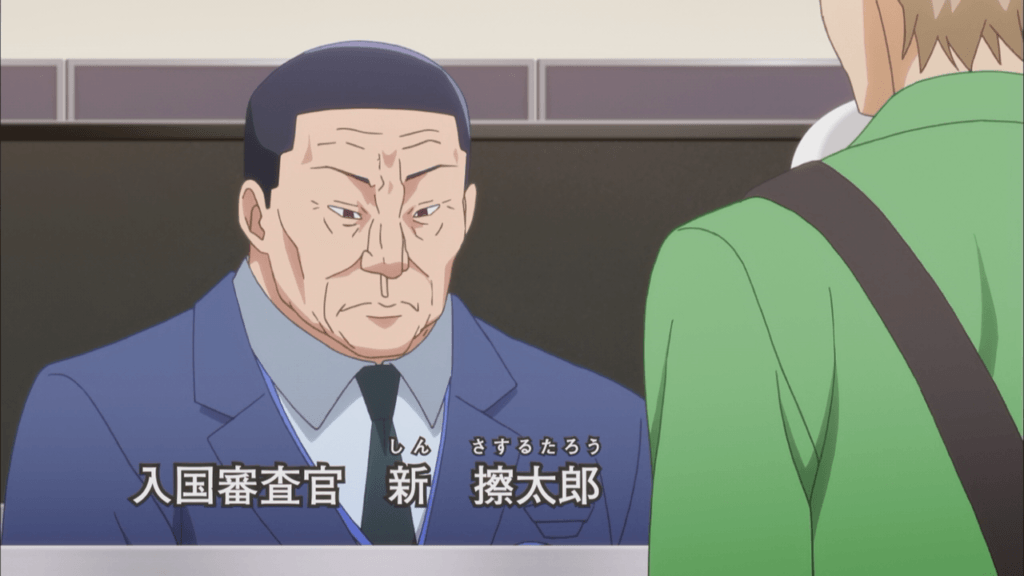 The inspector’s name “Shin Sasurutarou“, phonetically, roughly means “Tarou who inspects” and is a joke because he is an inspector. 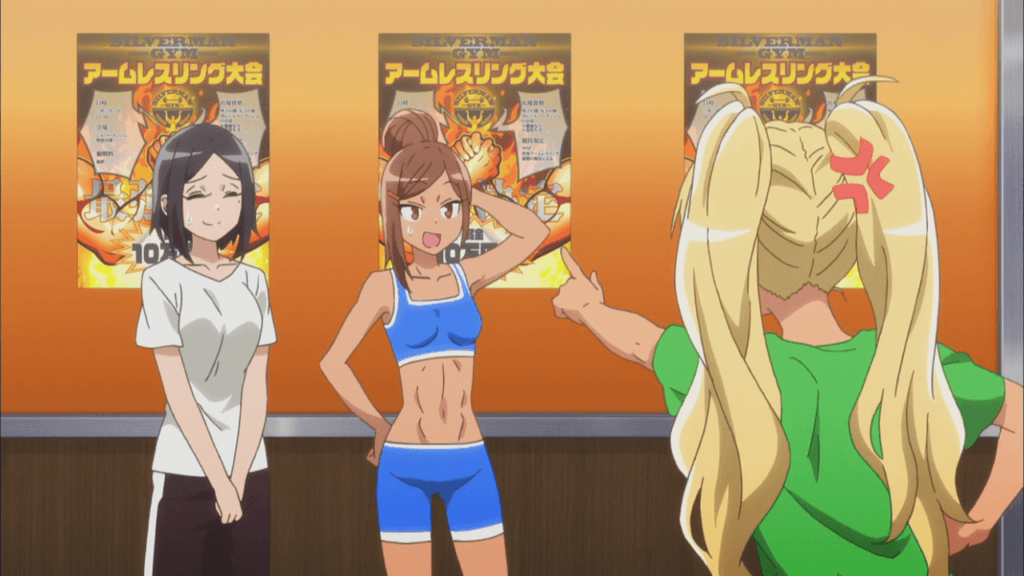 In this scene, Hibiki referred to all the characters she addressed as “omaera“ (literally, “you(plural)”). However, it is considered impolite to address non-peers such as one’s teacher with “omae” (you(singular)). 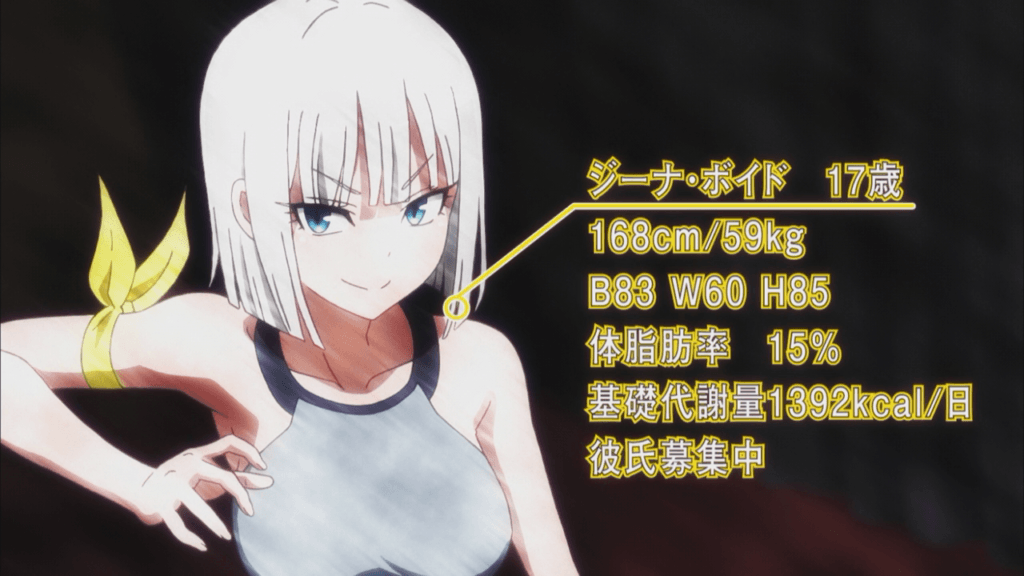 The official translation, at least at the time, did not seem to translate the bottom 2 lines of text.

The second last line (基礎代謝量) is her basal metabolic rate or how much energy she expends per day just from existing. The rate is at 1392kcal / day.

The last reads “彼氏募集中” which means “currently looking for a boyfriend”. 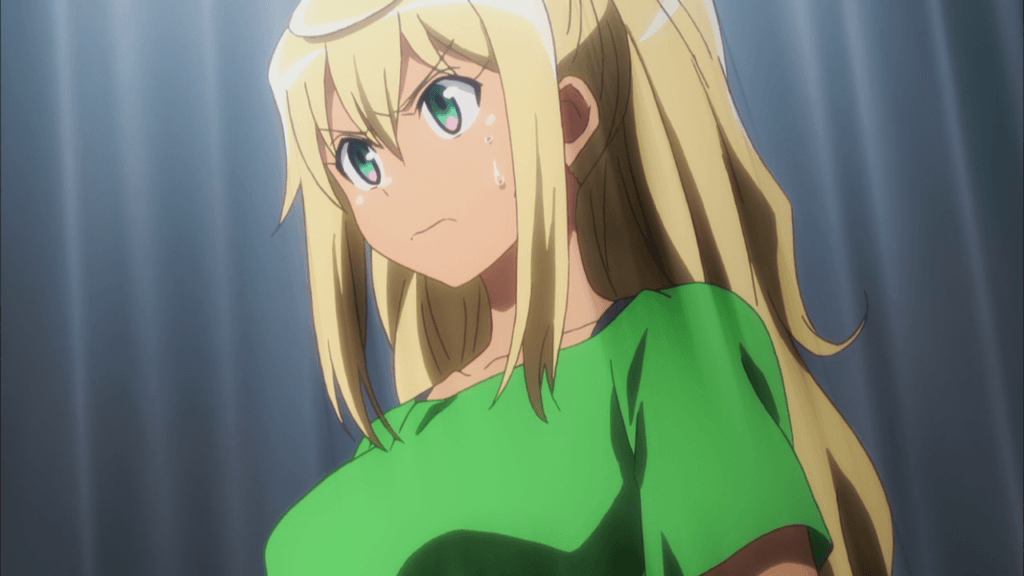 The name of the city, Kubikukuri, which was probably revealed in this scene for the first time, literally means “hanging oneself (by the neck)”. 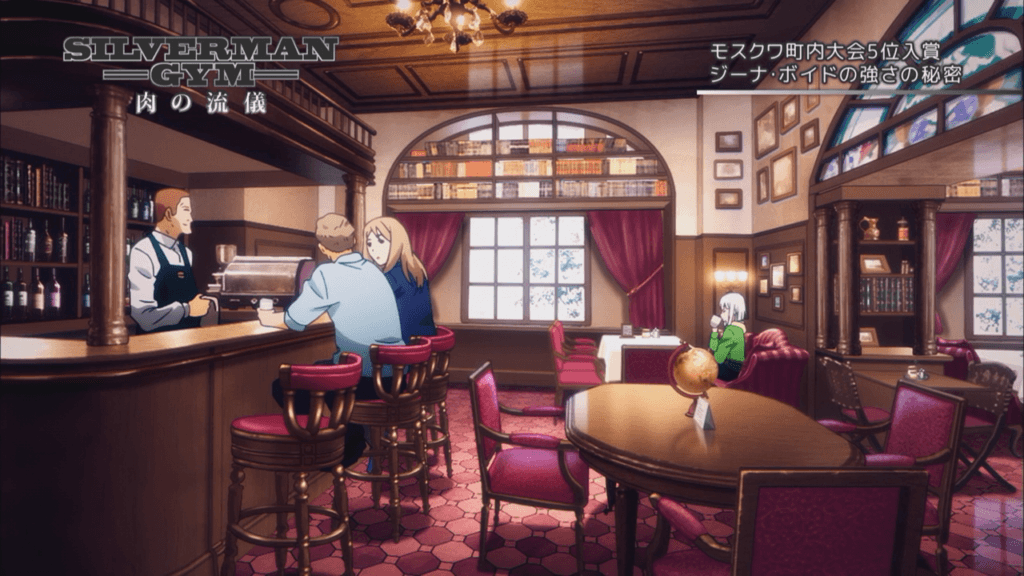 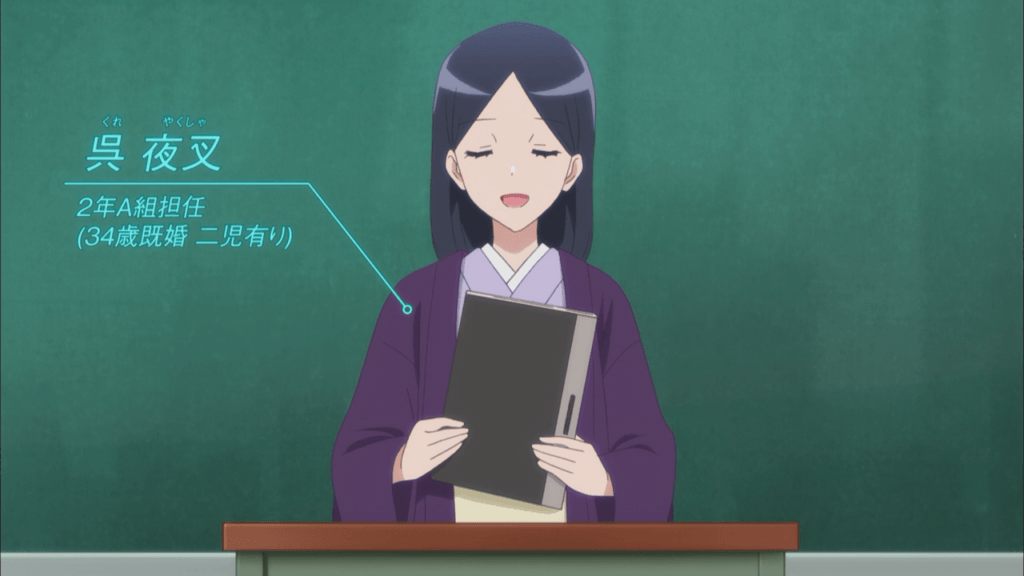 The Kure (呉) clan is the same clan which appears in the manga Kengan Ashura, also written by the author of Dumbbell Nan Kilo Moteru? 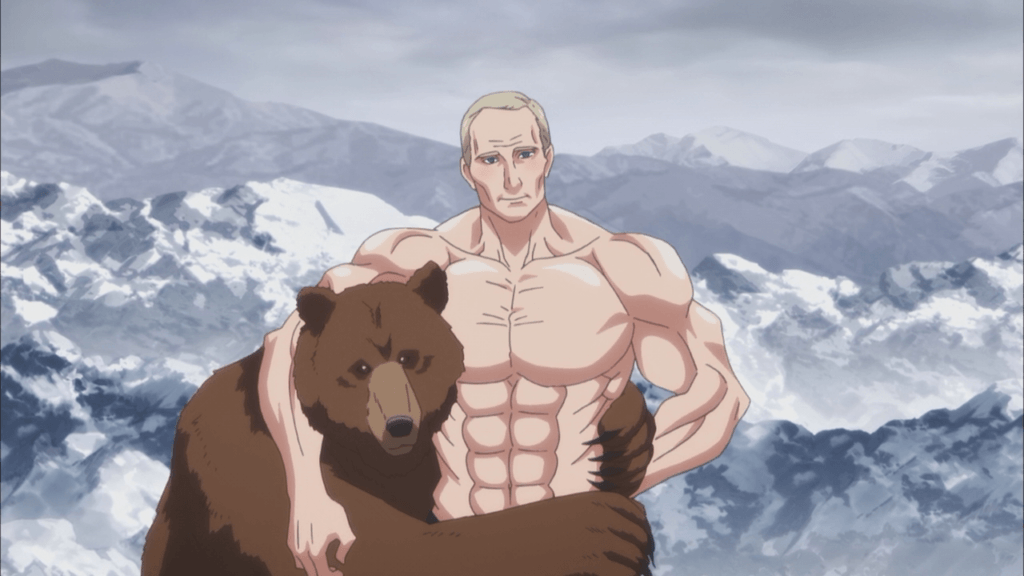 Comrade Poutine (pronounced “peechin” in Japanese) is a parody of Vladmir Putin. The original animal related to Putin should be a tiger but, here, it is parodied as a bear. 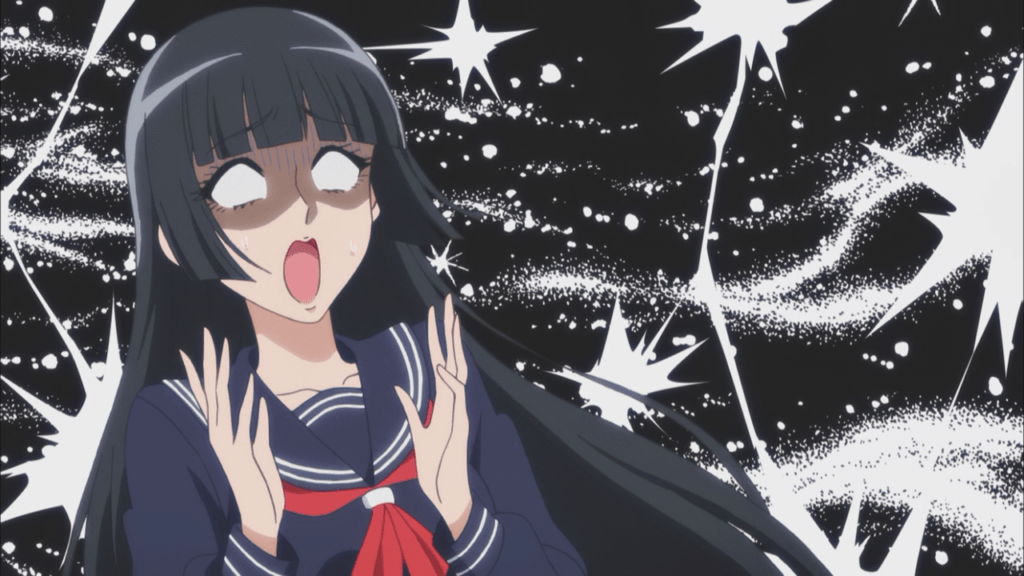 The face made by Akemi in this scene are a reference(parody?) to “おそろしい子! / osoroshii ko!” (literally, “frightening child!”) from Glass no Kamen.