Parodies, references and notes explanation for Dumbbell Nan Kilo Moteru? / How Heavy Are the Dumbbells You Lift? episode 4. 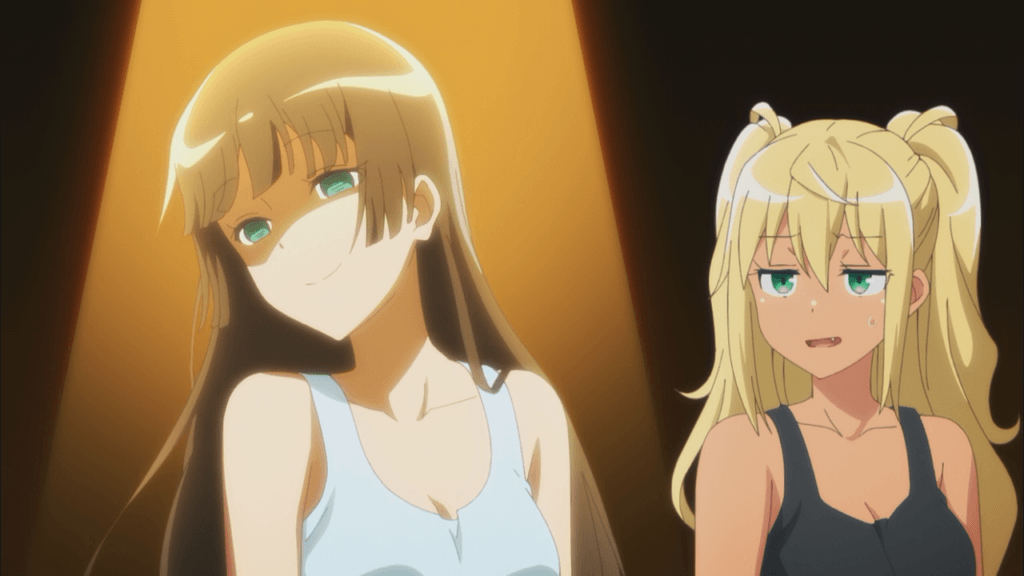 While the official translation of Hibiki’s line was “Has this happened to you before?”, it should be more accurately “Did something happen in your past?”. 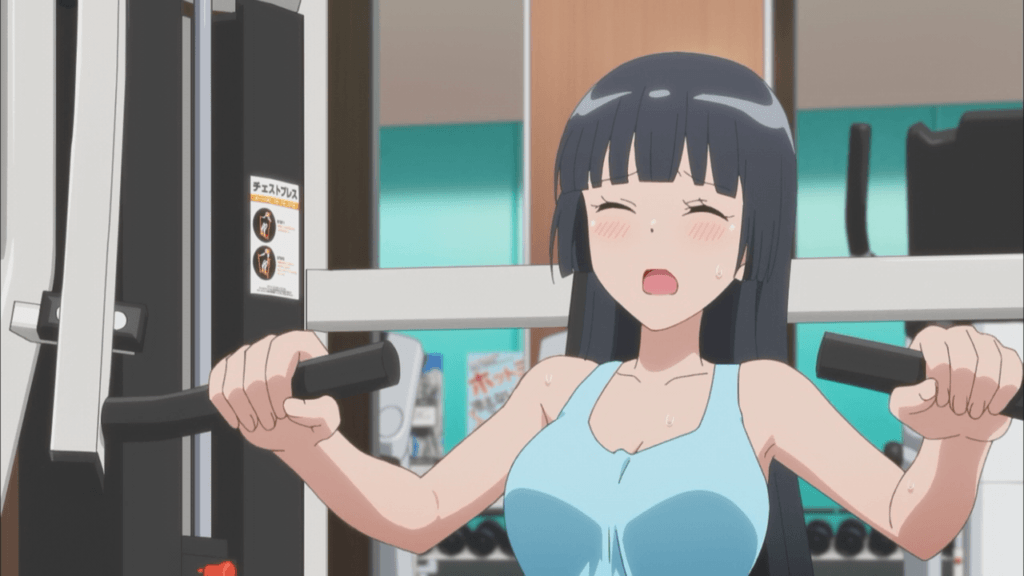 In this scene, Machio-san’s “mune ni juubako nokketen no kai!” was translated as “Like you’ve stacked boxes on your chest!”. However, more accurately, he said something like “do you have juubakos stacked on your chest?!”.

The term “juubako” used in this scene refer specifically to the stacked bentou boxes.

Furthermore, it resembles the  “kata ni chicchai juuki noseten no kai!” line from the opening song “Onegai Mussuru” also said by the in-character voice of Machio-san. 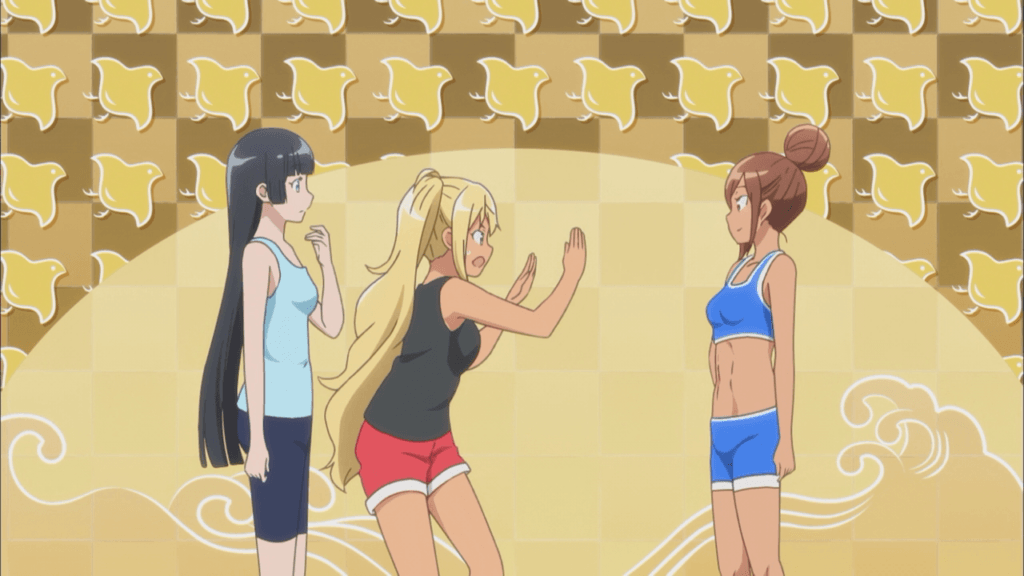 Hibiki’s line “masaka doujou yaburi” was translated as “Did you lose your dojo?”. However, this translation was quite far from the actual meaning of what she said. In the first place, Ayaka works at a boxing gym, not a dojo anyway.

A more accurate translation would be “Could it be dojo yaburi?”. The term “doujou yaburi” (literally, “dojo defying”) refers specifically to the act of visiting another school’s dojo and defeating member(s) in a fight​. Upon winning, perhaps the winner will take down the losing dojo’s sign and messing other kinds of stuff up, etc. Although, what happens after the fights are over probably depend on the individuals. 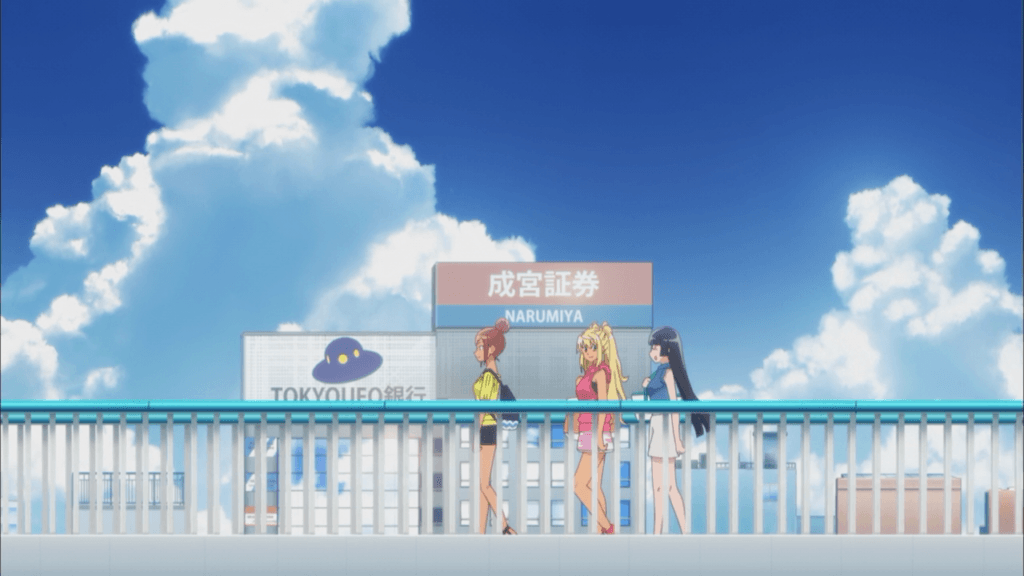 In the background is “TOKYOUFO銀行” which is literally “Tokyo UFO Bank”. 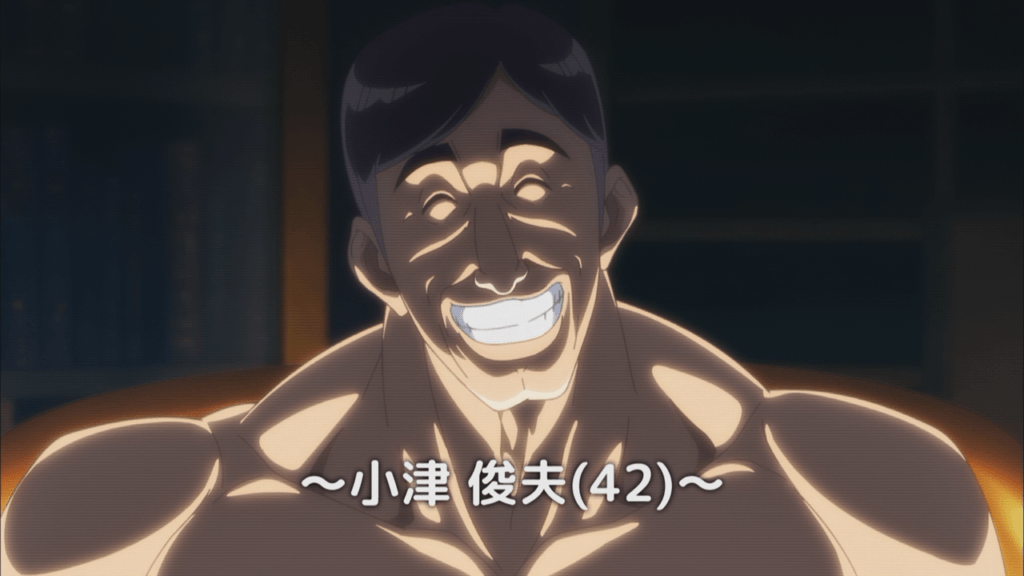 Ozu Toshio is the same character which appears in the manga Kengan Ashura also written by the same author of Dumbbell Nan Kilo Moteru? 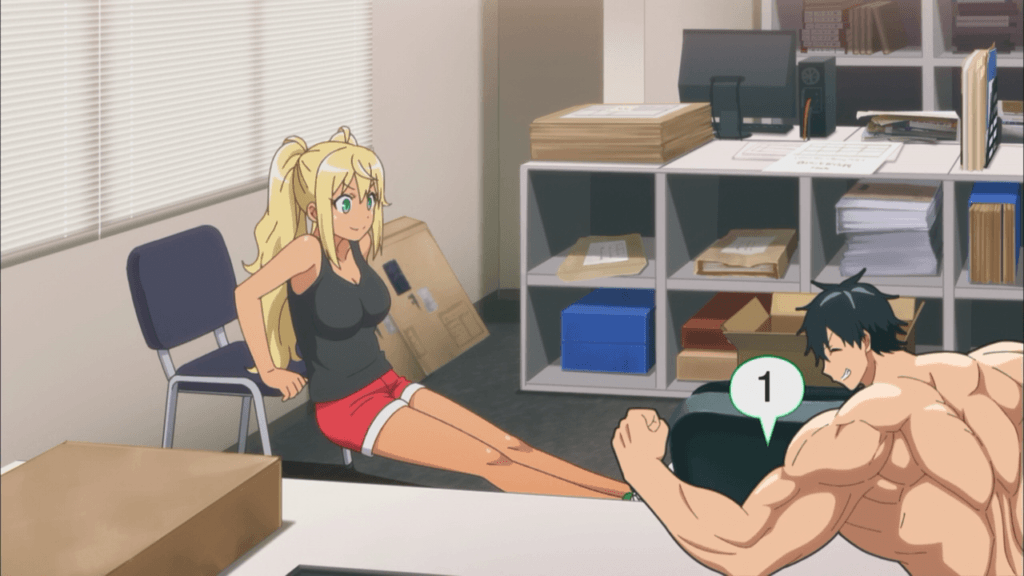 The area in the ending training sequence is noted for looking like an anime animation studio. Possibly, it is the studio which animates the Dumbbell Nan Kilo Moteru? anime.