Parodies, references and notes for Dumbbell Nan Kilo Moteru? / How Heavy Are the Dumbbells You Lift? episode 8. 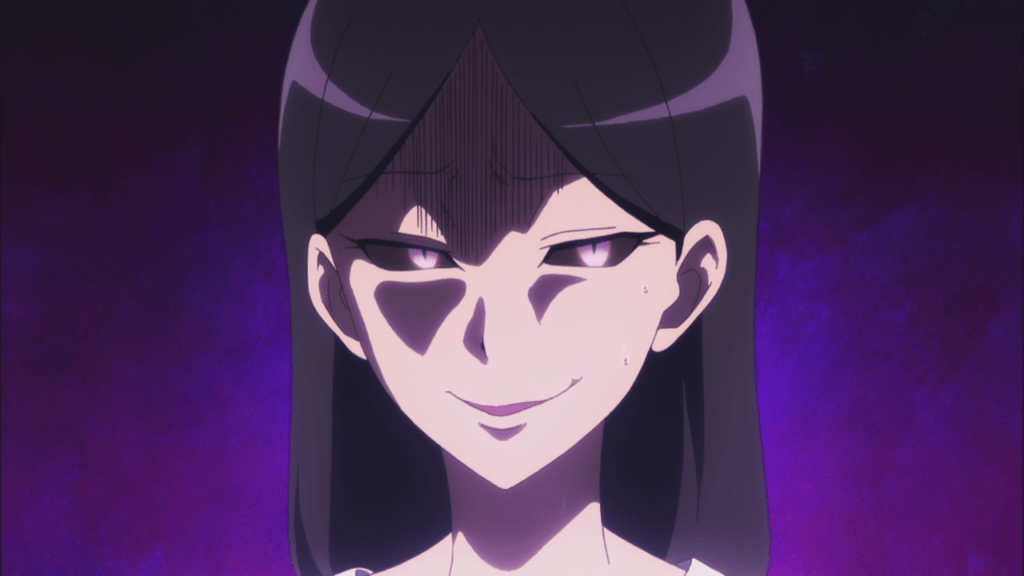 With the knowledge that she is from the Kure clan, the sinister face implied her strength is related to assassinations. 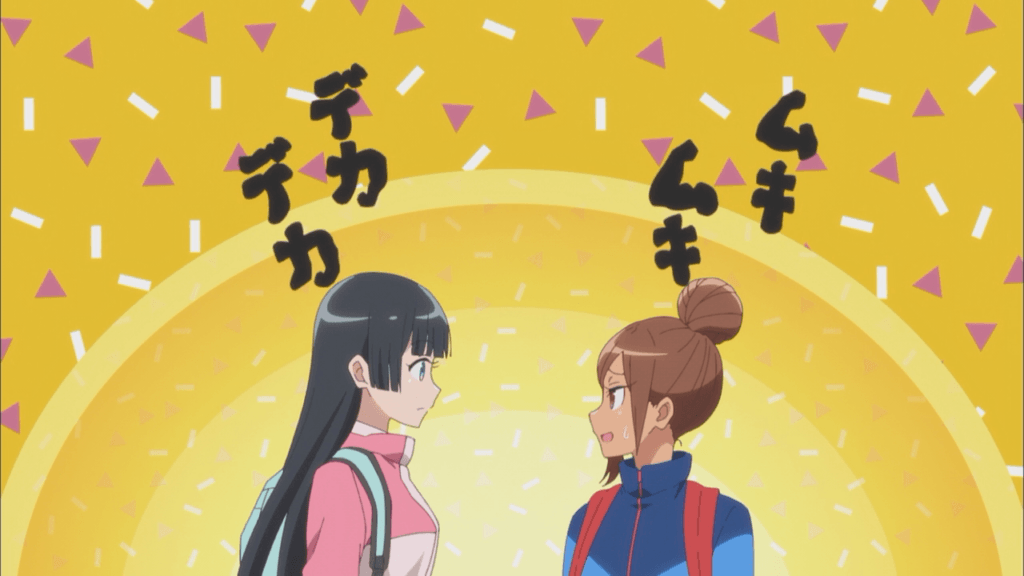 “Muki muki deka deka” (literally, “muscular big big”) is a parody of the phrase “kaku kaku shikajika“ (basically, “blah-blah, yada yada) which is used to make it seem like a speaker and a listener had communicated some information (of any length) without actually showing the speaker saying anything specific.

The katakana “ム (mu)” and “カ (ka)” also appear to have strokes which resemble a flexed arm. 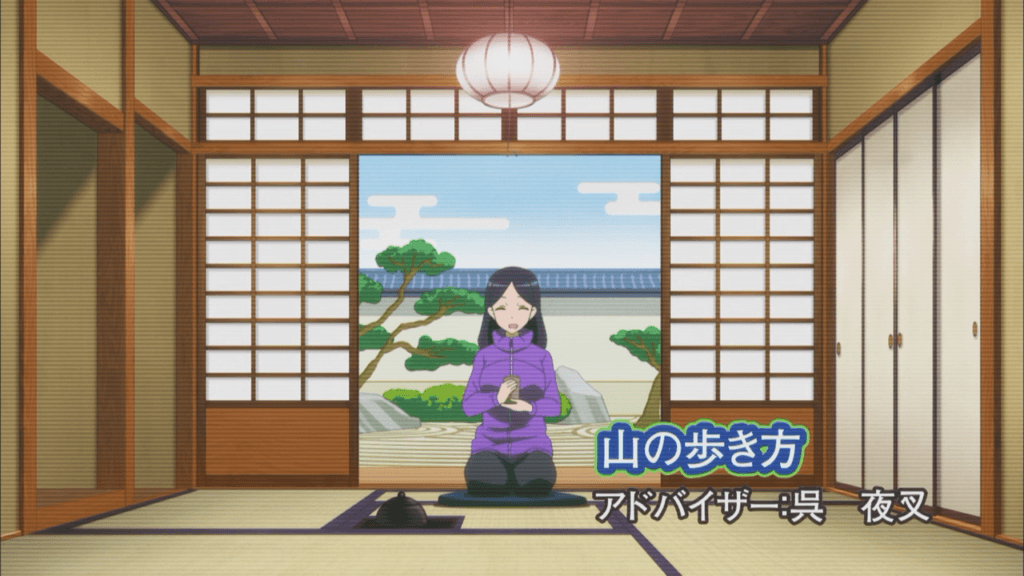 Also present in the “cast” section of the episode 6 credits was Kure Yakusha’s name, “呉夜叉”. “夜叉”, usually pronounced “yasha” when it is a common noun refers to the “yaksha”. 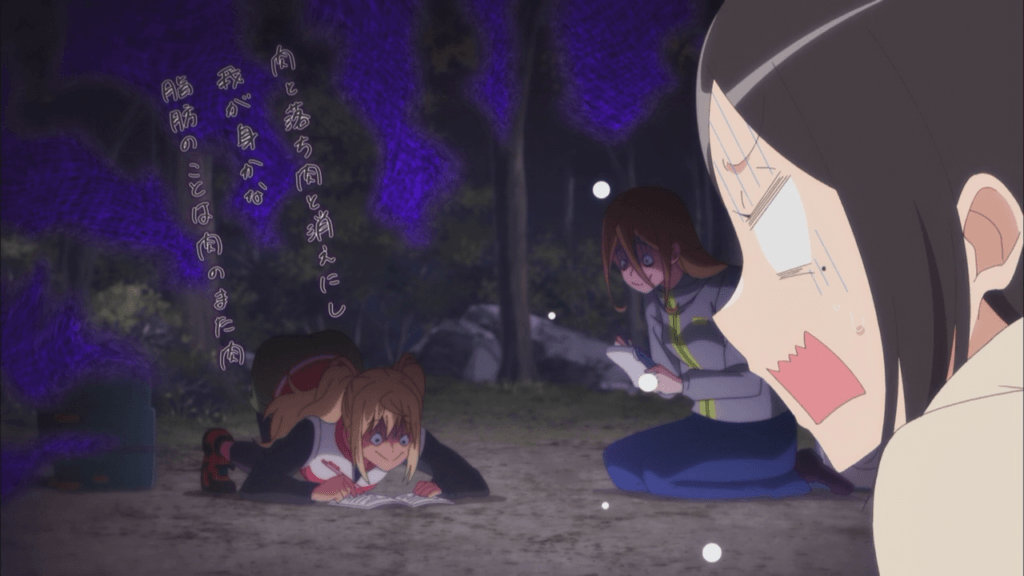 The original was “tsuyu to ochi tsuyu to kienishi waga mi kana naniwa no koto wa yume no mata yume“. A translation from Dan Bornstein is “As dew it fell and as dew it vanished—my transitory self; and what happened in Naniwa was all a dream inside a dream”.

Hibiki’s parody was “niku to ochi niku to kienishi waga mi kana shibou no koto wa niku no mata niku“. Adapting the above translation, it could mean “As meat it fell and as meat it vanished—my transitory self; the fat was just meat within meat”. Additionally, “shibou” was a homophone for “脂肪 (fat)” and “死亡 (death)”. 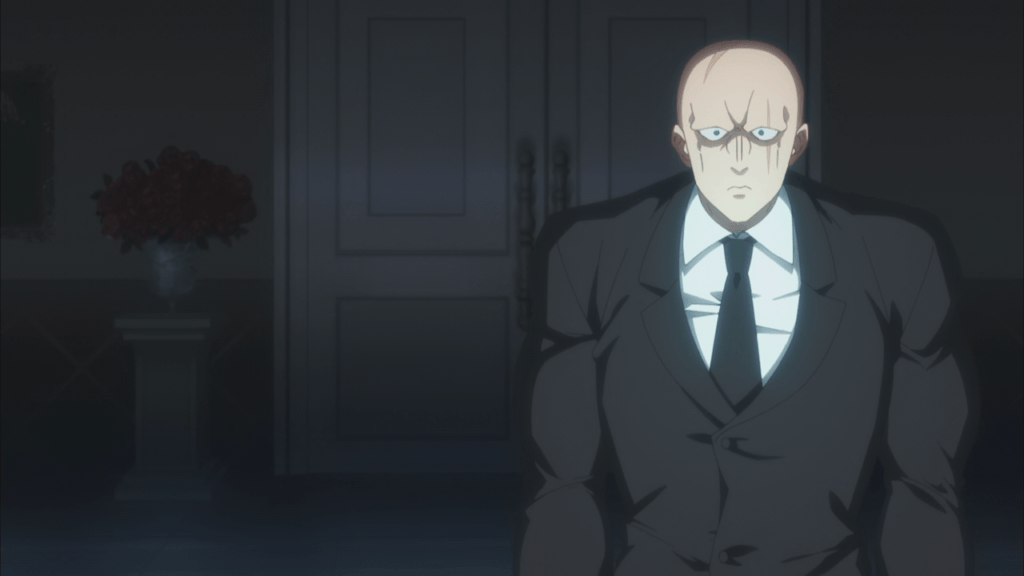 The bald assistant of the Arnold Schwarzenegger parody character is, himself, a parody of Jason Statham. In the credits, his name is “Jeison Sugeesamu” which is a parody Jason Statham’s name (in Japanese, romanised as “Jeison Suteisamu“). In addition, “sugee” is a slangy way of saying “amazing”.