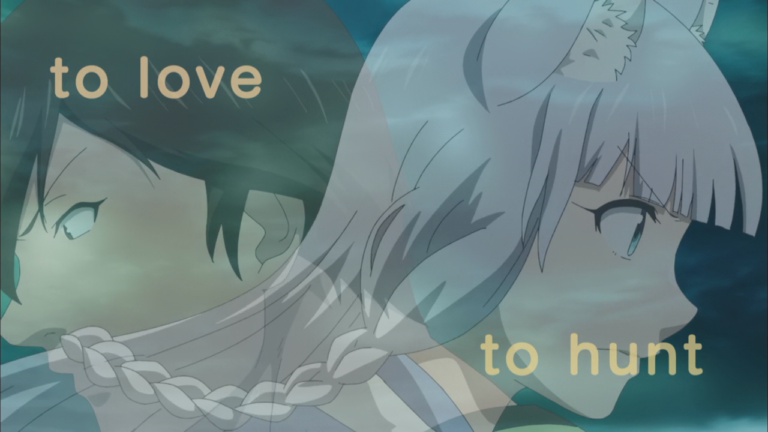 A pun was made using the homophone “katte“. In this case, “katte” was used with the meanings “to keep (a pet)” and “to hunt”. Unsure about “to keep” meaning as it clearly says “to love” which could also be said as “katte“. 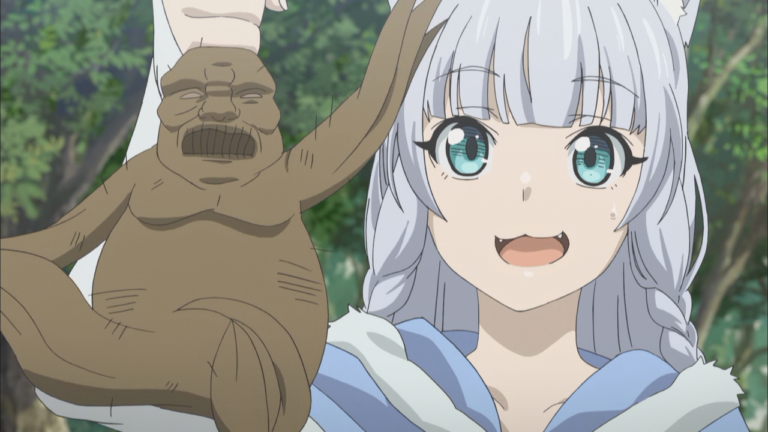 The name dradradogola is a parody of “mandragora” to which the plant creature also resembles. 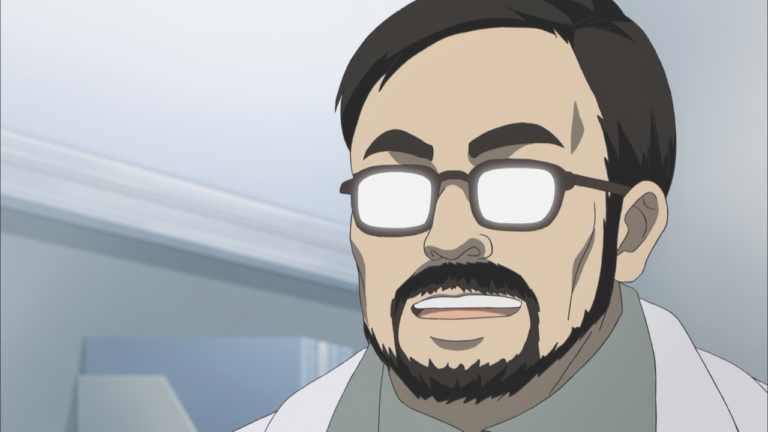 22:04 Demon King is “maou” in Japanese which sounds exactly like or very similar to MAO / Macadamian Ogre’s name depending on whether or not the final “O” is 2 “oo” sounds or just “o”. 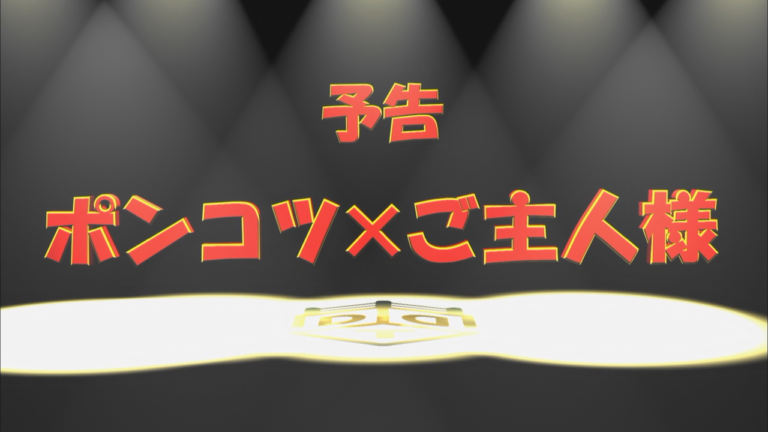 “Ponkotsu” in the next episode title was translated as “loser”. “Ponkotsu“, in this case, refers to a useless person.

5:08 In the translation was “my ancestors were lizardmen”. What Celes said was “senzogaeri“, which means “atavism”, wherein an ancestral trait that was lost in previous generations reappeared in her. It implied that her parents, at the very least, did not have lizardmen traits.

9:27 Celes says “nazo no jobu” which literally means “mysterious job” in regards to “wrestler”. The translation was “weird (wrestler) things”. 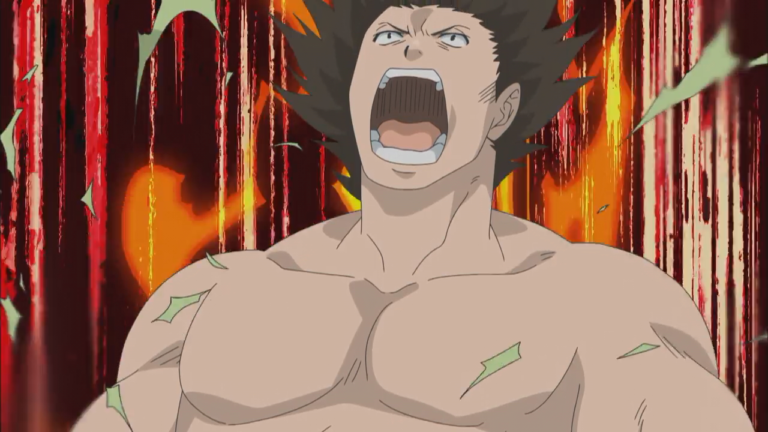 Genzou’s blowing his clothes to shreds is the signature action of the character Kenshirou and his line “temeera no chi wa nani iro daaaa” (literally “what colour is your(plural) bloods?” and translated as “I will bath in your blood”) is from the character Rei, both of the manga Hokuto no Ken / Fist of the North Star.

12:25 “Namerareta” (literally “got licked” and also a homophone with “to look down on” or “underestimate”) was translated as “Messing with you”. Since it was a pun, it was difficult to translate without some kind of explanation. Perhaps it was worth noting since the imagery of “messing with” her stomach and “licking” it would be quite different, particularly as imagining licking her lizard parts would be rather perverted.

18:21 Shigure says “totta doo” (a quirky way of saying “took (it)”) which is the signature line of owarai performer Hamaguchi Masaru who said it in the variety TV show Ikinari! Ougon Densetsu after capturing a fish.