Parodies, references and notes explanations for Watashi Nouryoku wa Heikinchi de tte Itta yo ne! / Didn`t I Say to Make My Abilities Average in the Next Life?! episode 3. 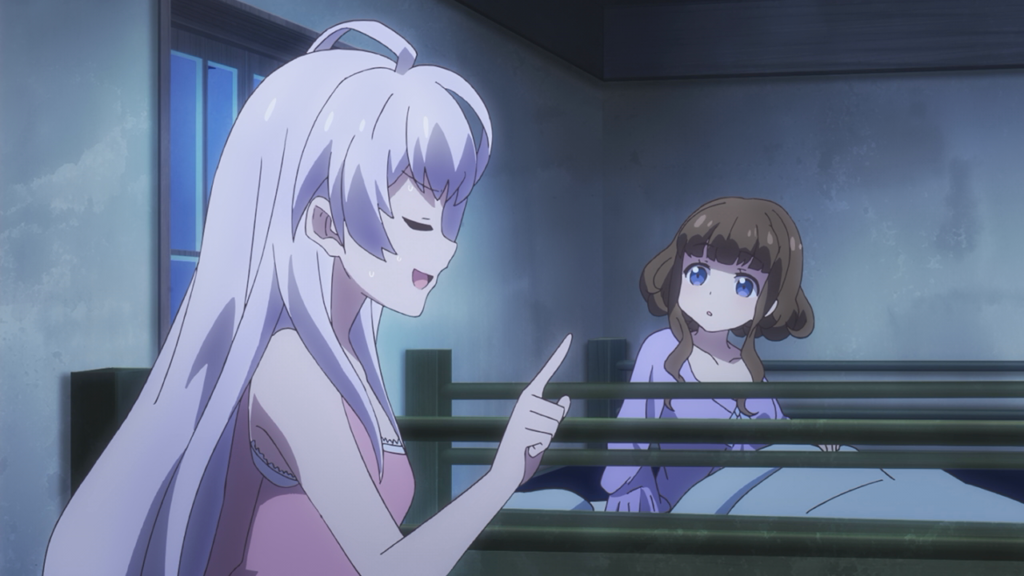 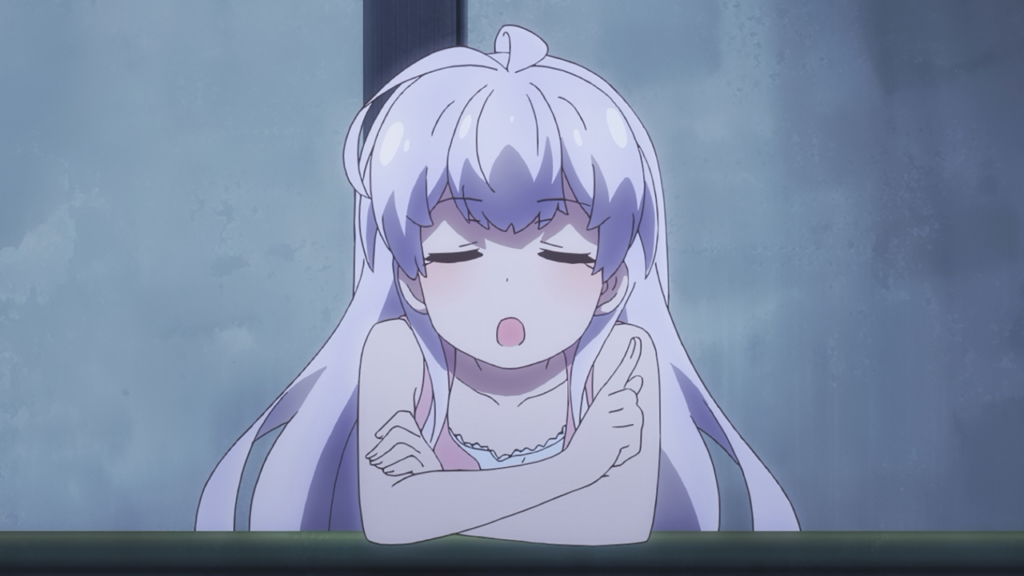 The story of the hero Peach defeating the ogres is a parody of the Momotarou story, in which, Momotarou (literally, “Peach Tarou“) who was born out of a peach, defeats oni creatures. Pauline’s mention the animals being added to his party are also from the Momotarou story. 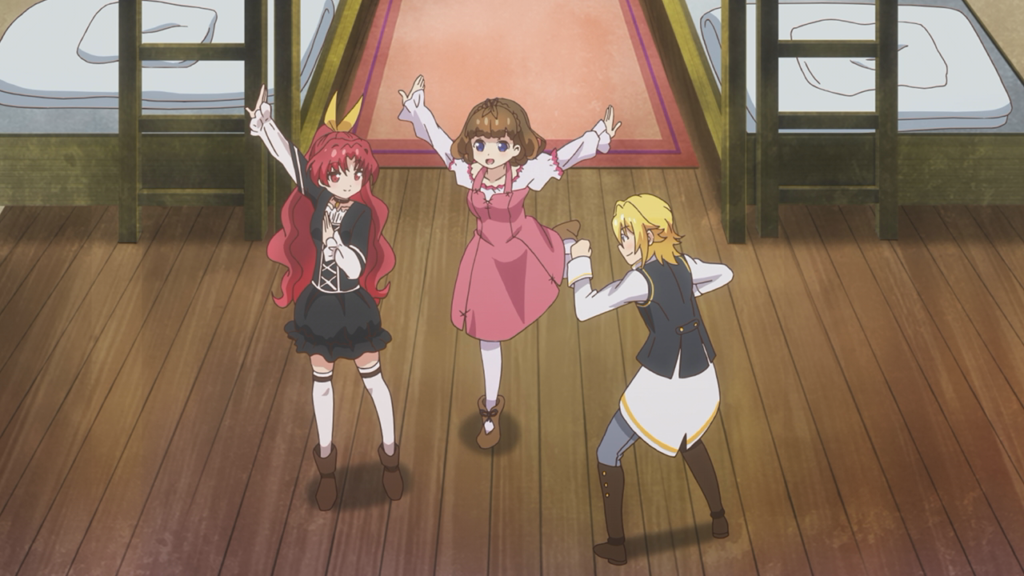 “Goblinger” is a parody combining “goblin” and “ranger”, where ranger refers to various Tokusatsu heroes who are known as rangers. 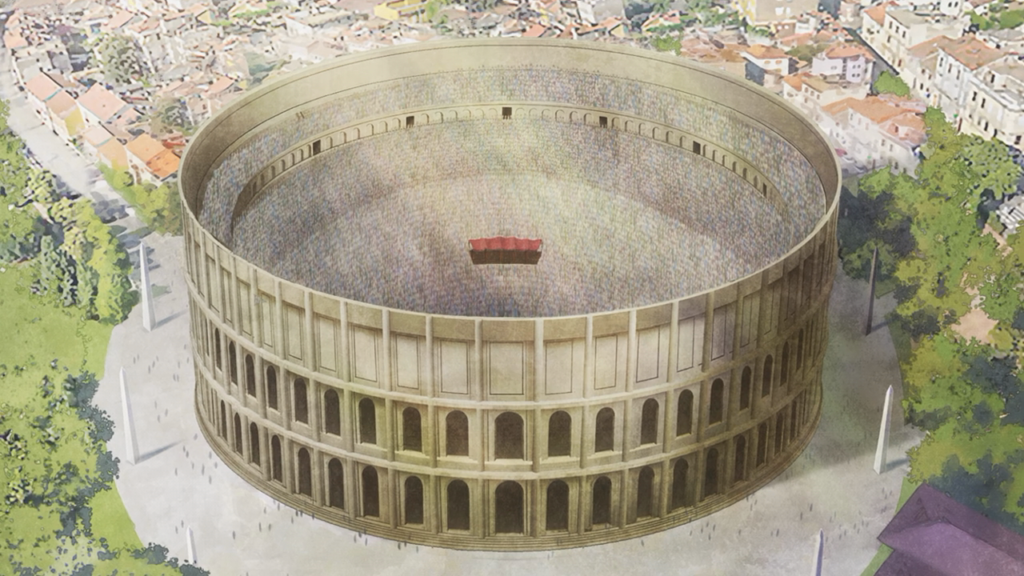 The battlefield stadium appears to resemble the Flavian Amphitheatre or Colosseum. 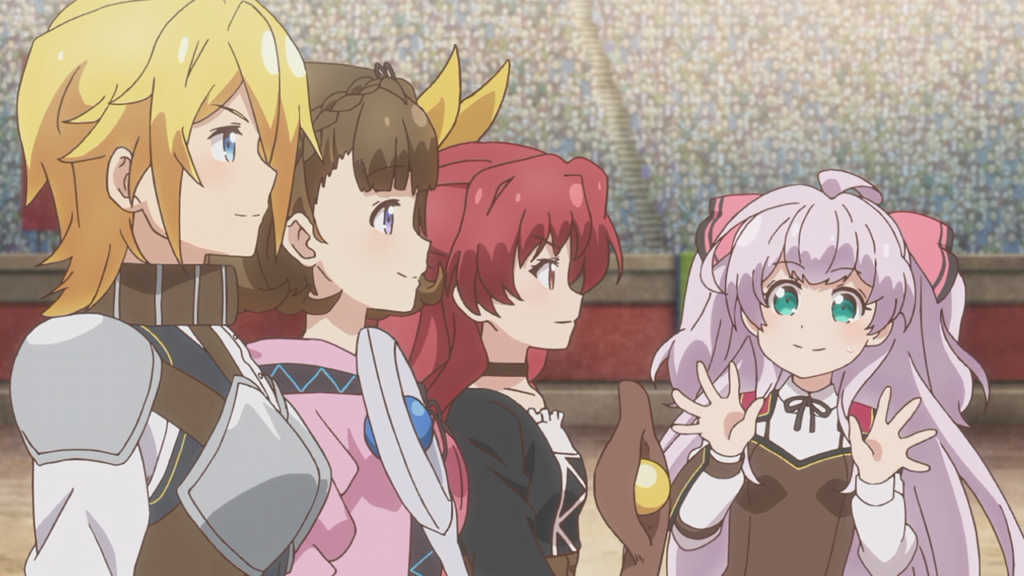 Mile suggested to her party to not “gangan ikou ze” (literally, “let’s go hard” and translated as “Just go for it!”) and instead “inochi daiji ni” (roughly, “(treat) life preciously” and translated as “Go carefully”). The two suggestions were 2 of the possible “tactics” the player can choose for their AI comrades to follow in the game Dragon Quest 4. 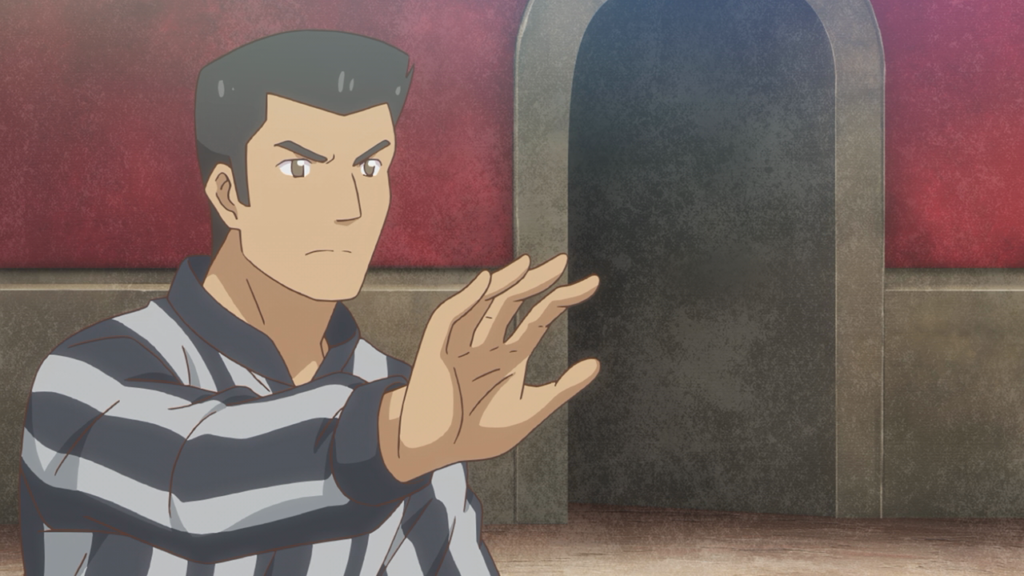 The black and white stripes uniform worn by the umpire resembles that of a common uniform for soccer referees. 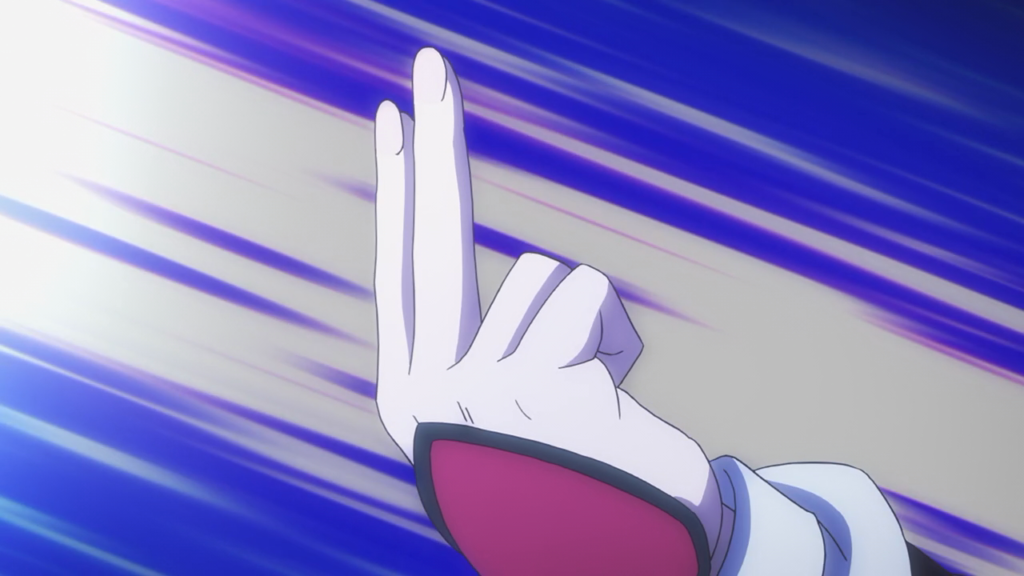 Mile’s use of the index and middle finger with other fingers folded to control the trajectory of the energy beam is the same way the character Yamucha (Yamcha) in the manga Dragonball controlled his ability the “Soukidan“. 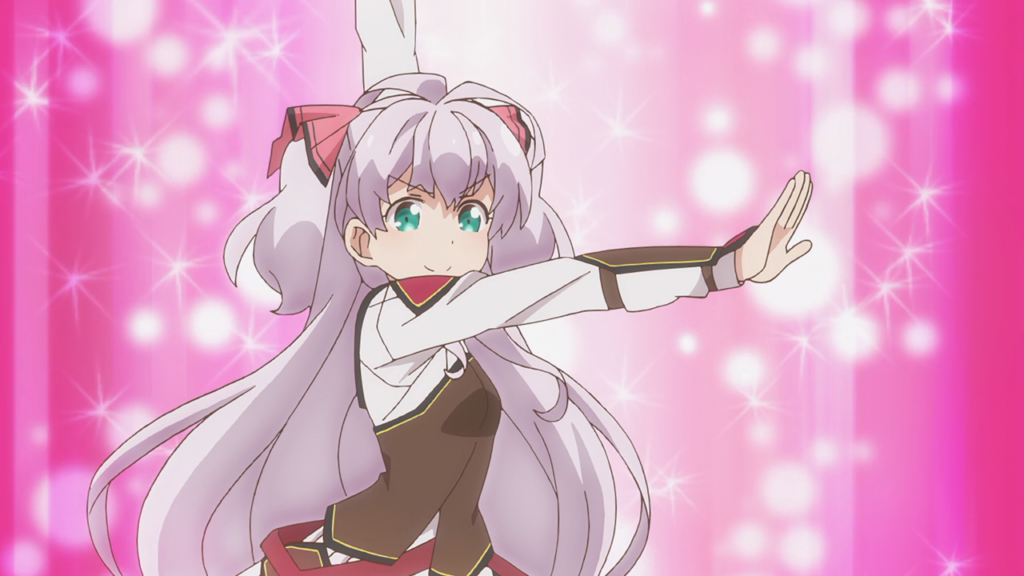 The various poses in the “Crimson Vow” were similar to those of Super Sentai ranger poses and the exploding colored smoke behind them is the same as in the Super Sentai, while the “Crimson Vow / Akaki Chikai“, itself, was a parody of the “Oath of the Peach Garden / Tou En no Chikai“, the vow between Liu Bei, Guan Yu and Zhang Fei to become sworn brothers. In particular, the way they say the vow and the part of them being born in different times resembled that of the original vow.