Parodies, references and notes explanations for Watashi Nouryoku wa Heikinchi de tte Itta yo ne! / Didn`t I Say to Make My Abilities Average in the Next Life?! episode 4 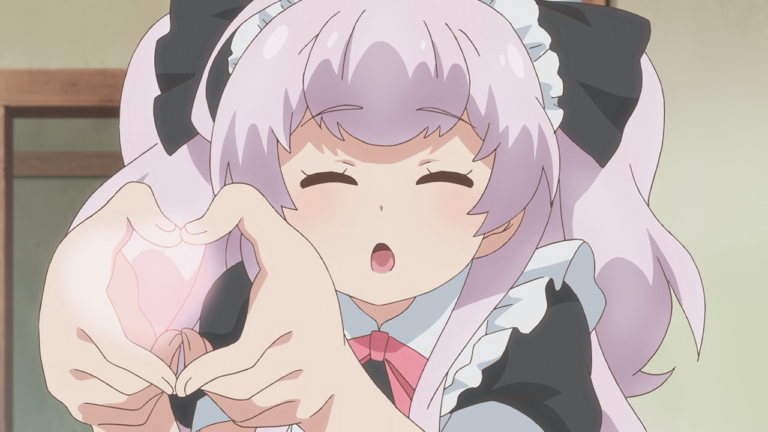 The “moe moe kyun” chant and action is originally from the anime K-ON!. 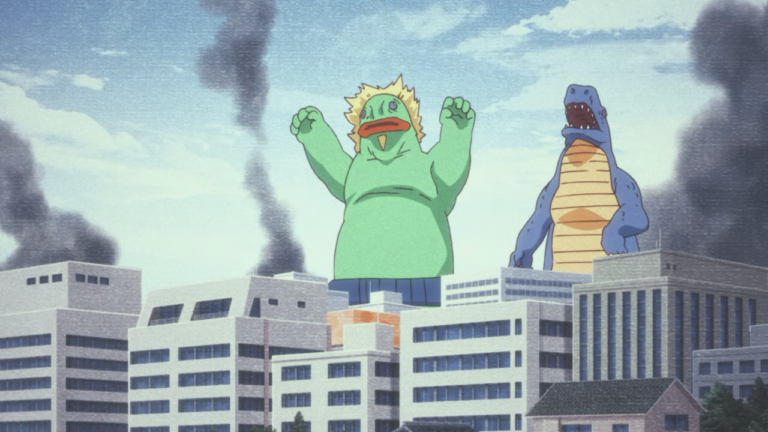 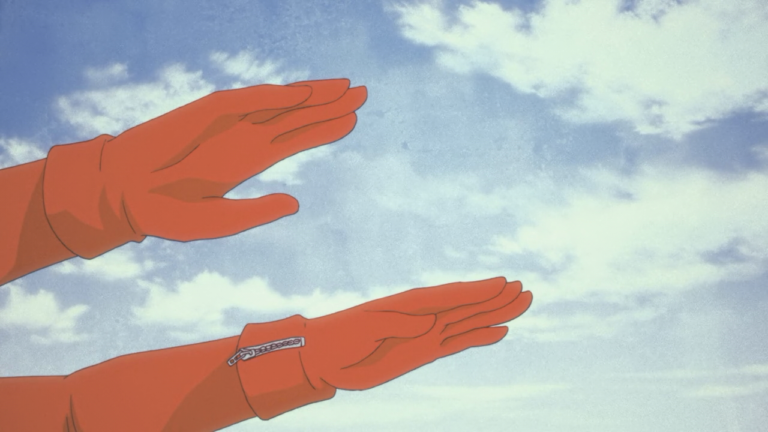 The suit and arms pose is that of Ultraman. 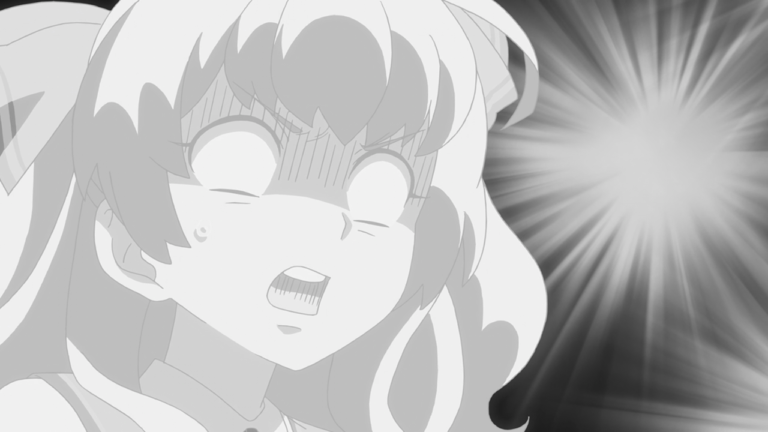 Mile’s expression and the white out colour is the “Osoroshii ko / frightening child” from Glass no Kamen / Glass Mask.

10:38
When the creature flies off it says “baado” which is the Japanese pronunciation of the English “bird”. 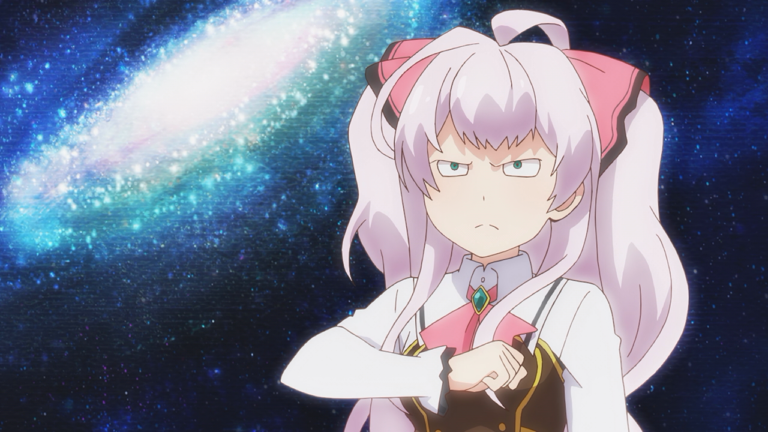 Mile’s expression and statement about “konna koto mo arou ka to / I thought this might happen, so” is from the character Sanada Shirou of Uchuu Senkan Yamato / Space Battleship Yamato.

14:24
Mile mentions “Zuka Joshi”, literally “Zuka Girls”, but translated as “Takarazuka”, which is a reference to Takarazuka Revue? 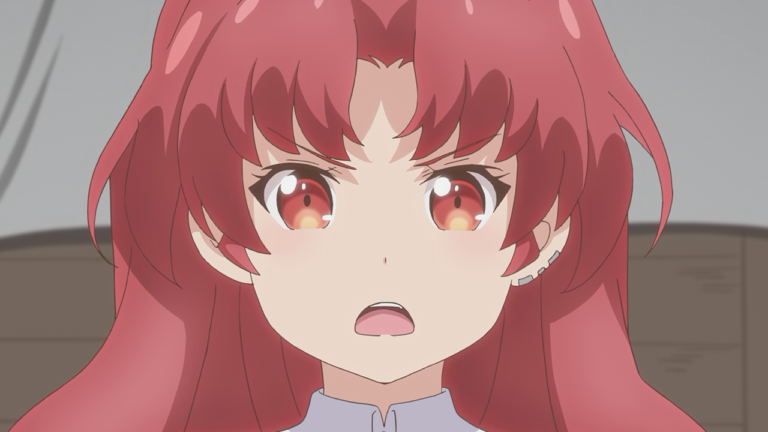 Reina says “me ga kuroi uchi wa” which literally means “while (my) eyes are black”, but is used in the sense of “while (I) am still alive”. However, her eyes are more red than black.

15:47
Mile says “saasen” which is a particularly casual way of apologising and may make it seem like she is taking things too lightly. 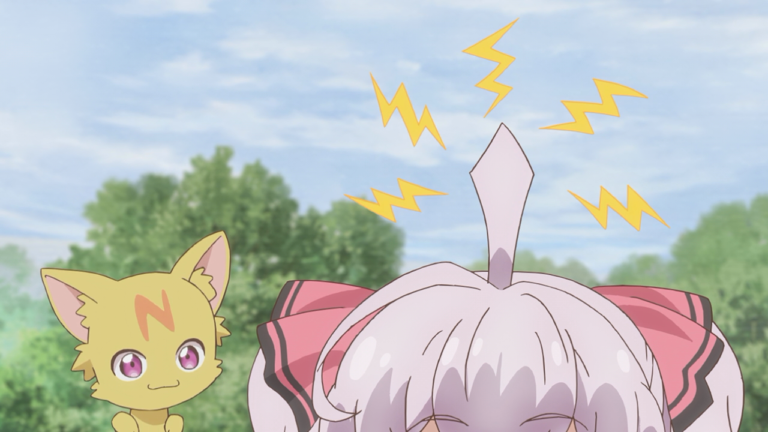 Mile’s hair sticking up and detection ability is from the Kitarou’s “youkai antenna” of GeGeGe no Kitarou. 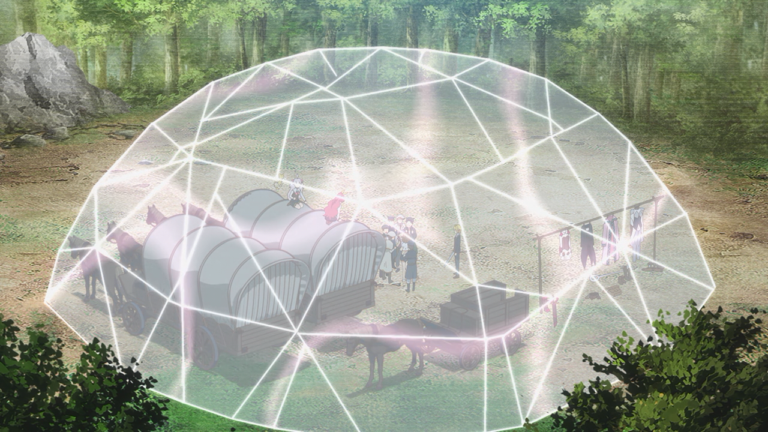 The “Lattice Energy Barrier” in Japanese is “格子力バリア” but is pronounced “koushiryoku baria” which is a homophone for “光子力バリア / Photon Energy Barrier”, the same barrier which appears in the manga Mazinger Z. 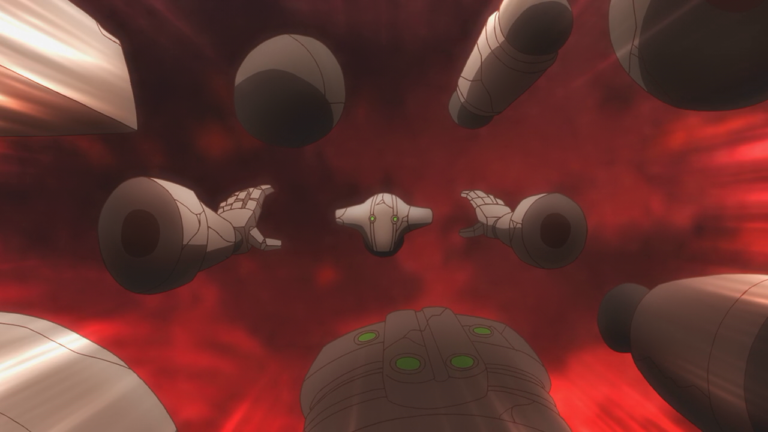 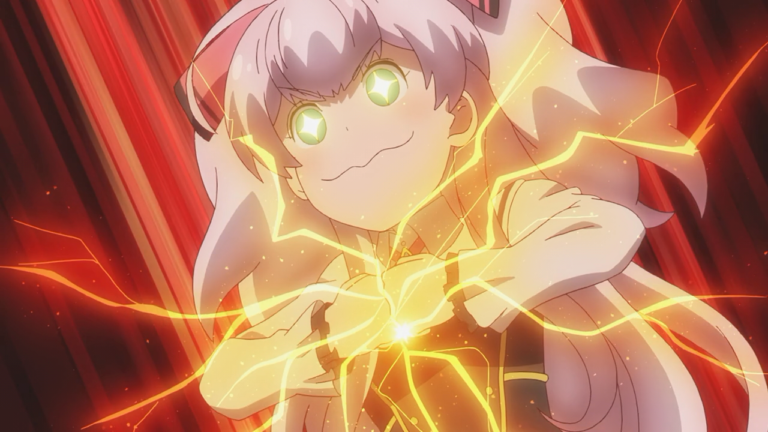 “Build up” and Mile’s pose is the exact same from Koutetsu Jeeg / Steel Jeeg which is performed right before the assembling of the robot Koutetsu Jeeg.

18:10
Mile says “babanban” which was translated as “crash, bang, boom”. “Babanban” is a part of the opening song for Koutetsu Jeeg / Steel Jeeg. 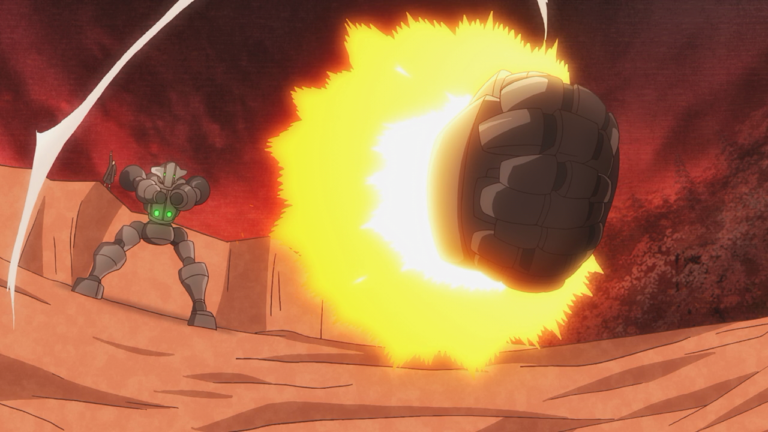 The attack by the golem was the “Knuckle Bomber Sure-kill Punch / nakkuru bonbaa hissatsu panchi” also from Koutetsu Jeeg / Steel Jeeg. The attack is also apart of the lyrics in the opening song. Mile only said as far as “Knuckle”. 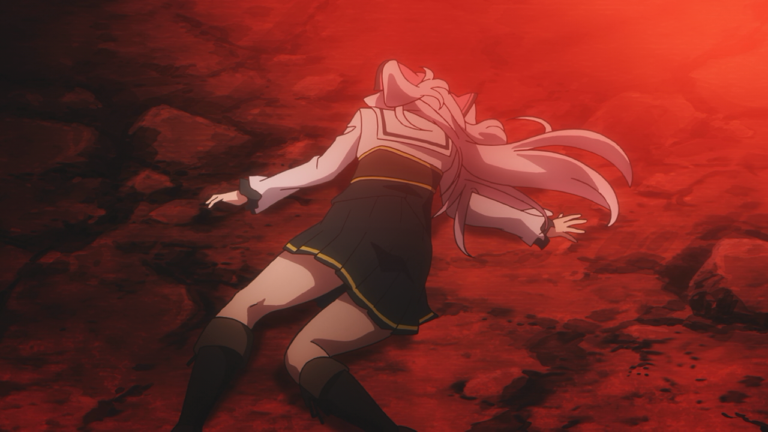 Mile’s body positioning on the ground as if she were dead is similar to that of the character Yamucha / Yamcha’s pose when he was knocked out in Dragonball.

19:11
Reina’s line was translated as “Burn them to ash!”. However, she said “hone made yakitsukusee” which literally means “burn thoroughly up to the bones”. Perhaps a bit of a joke here was that the golem doesn’t have any bones. 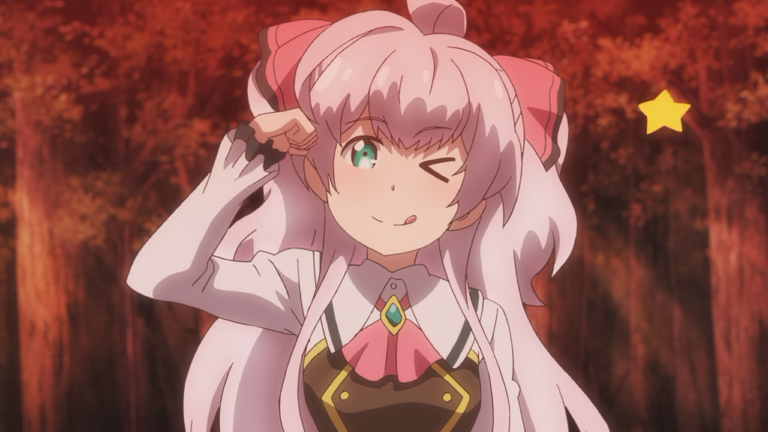 Mile’s expression and lightly hitting herself on the side of the head was the “tehepero / テヘペロ“, a cheeky wink with a tongue sticking out. 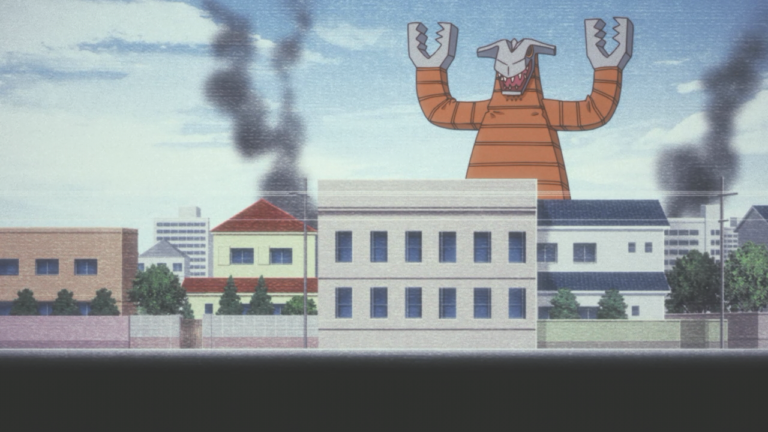