Parodies, references and notes explanations for Watashi Nouryoku wa Heikinchi de tte Itta yo ne! / Didn`t I Say to Make My Abilities Average in the Next Life?! episode 2. 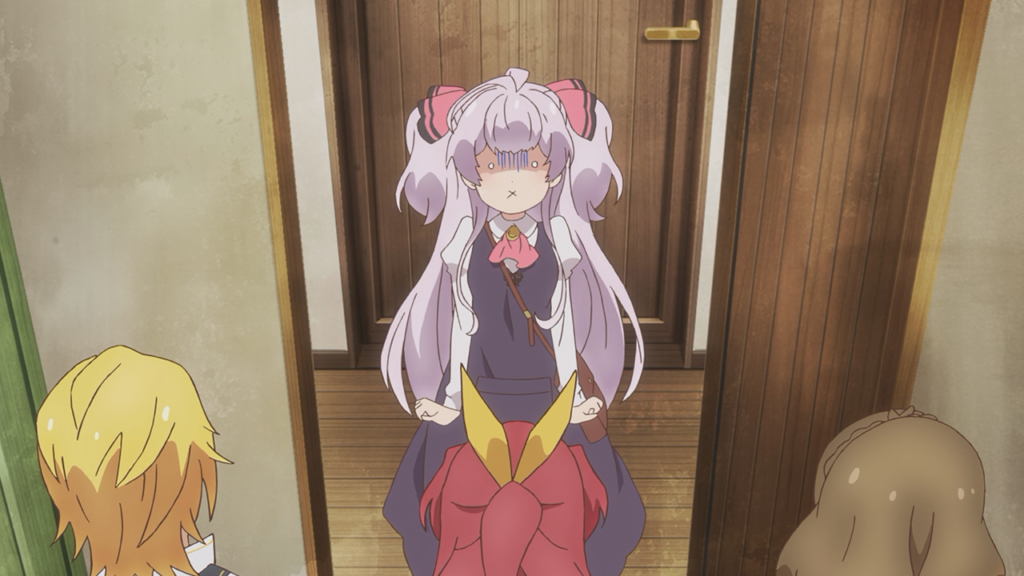 The face Mile makes is the same as that of the rabbits in the Miffy series. 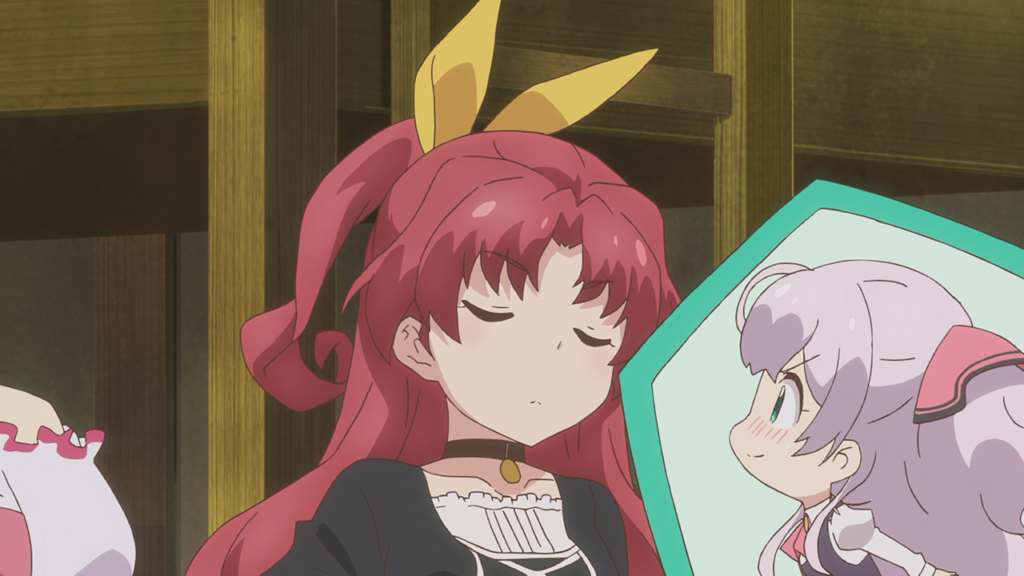 The official translation had Mile saying Reina gave herself the nickname. However, more accurately, it Mile said “she (Reina) said it herself again”. Reina may have or may not have given herself the nickname, but there is no definitive evidence at this point. 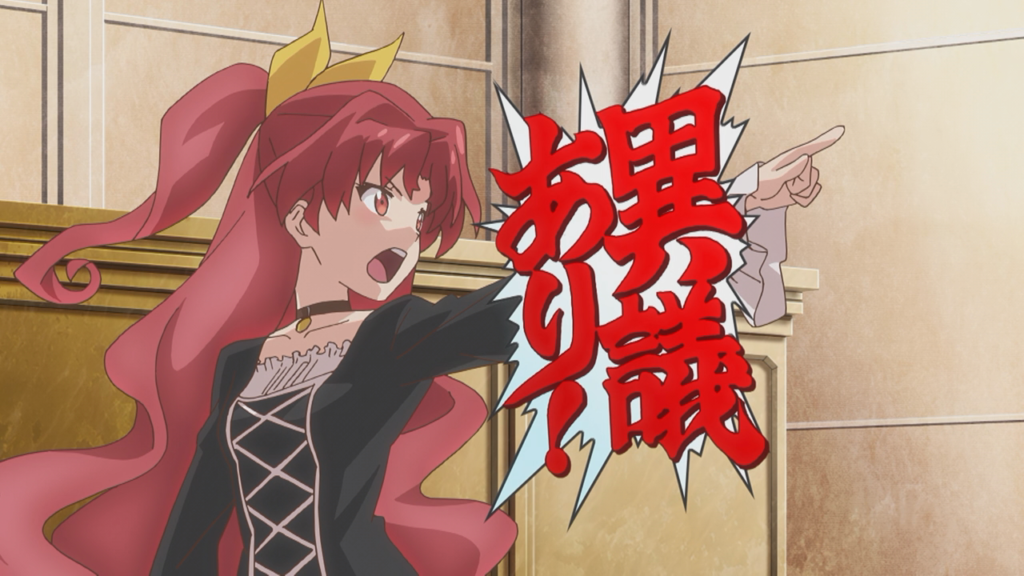 The iconic pose and “異議あり！” (igi ari! / objection) in the courtroom is from the Gyakuten Saiban (Ace Attorney) series. 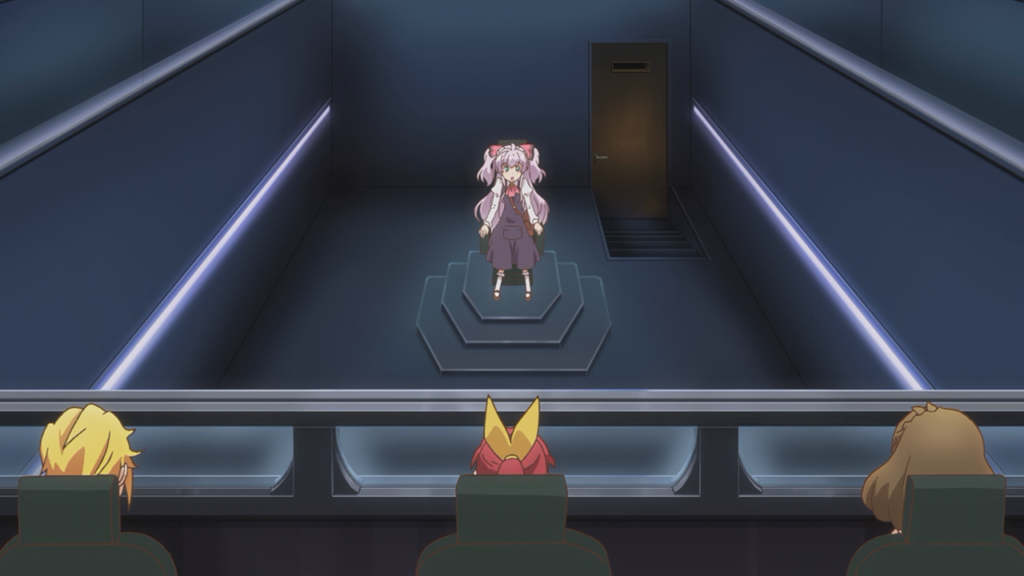 Mile being “inquired” and the room with the 3 inquisitors is from Ginga Eiyuu Densetsu (Legend of the Galactic Heroes) where Yang Wen-li is inquired. 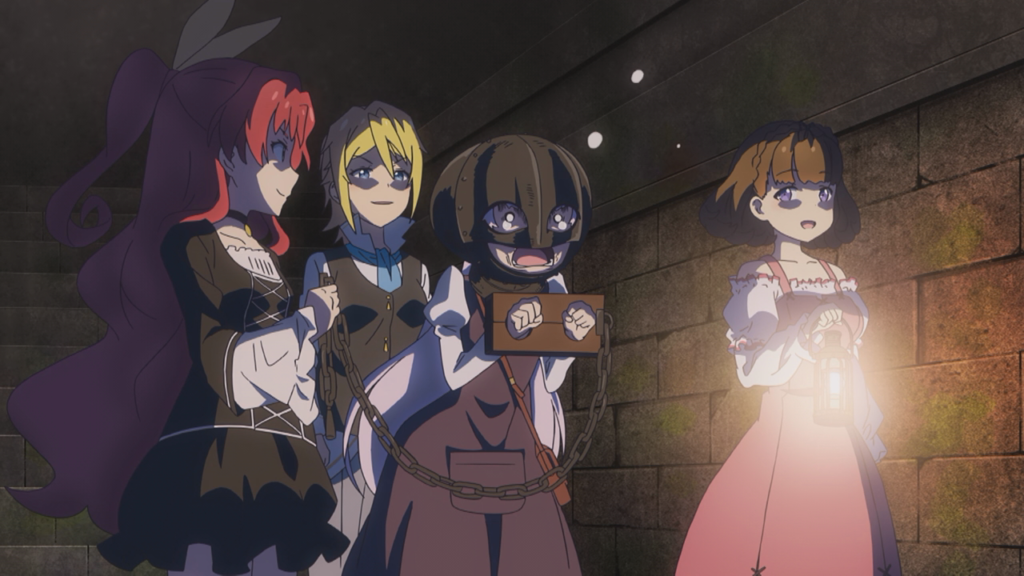 The “torture” imagery and helmet is from the manga series Berserk and its character, Griffith. 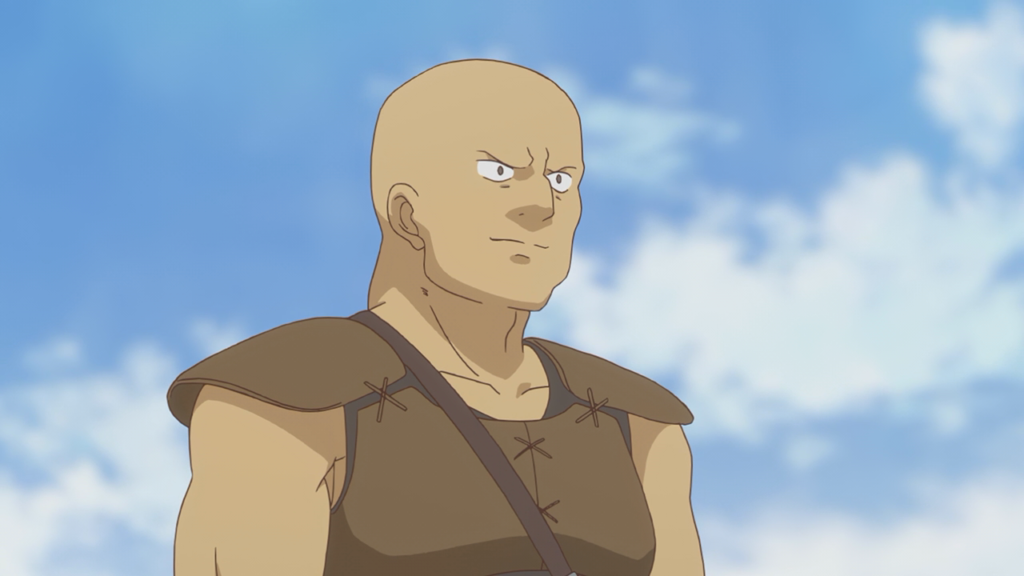 “Moob” is a parody of “mob” as in “mob/unimportant crowd character”. 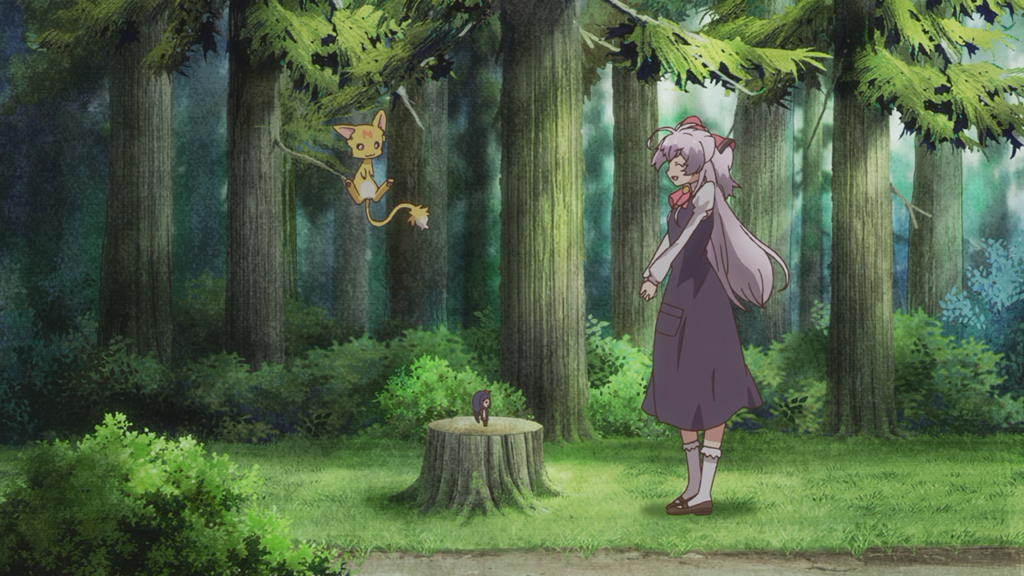 The “listen Marcelina” sequence is a parody of the “アロエリーナ / Aroeriina” commercials, with the lines being mostly the same except for “Aroeriina” being switched out for “Marcelina”. 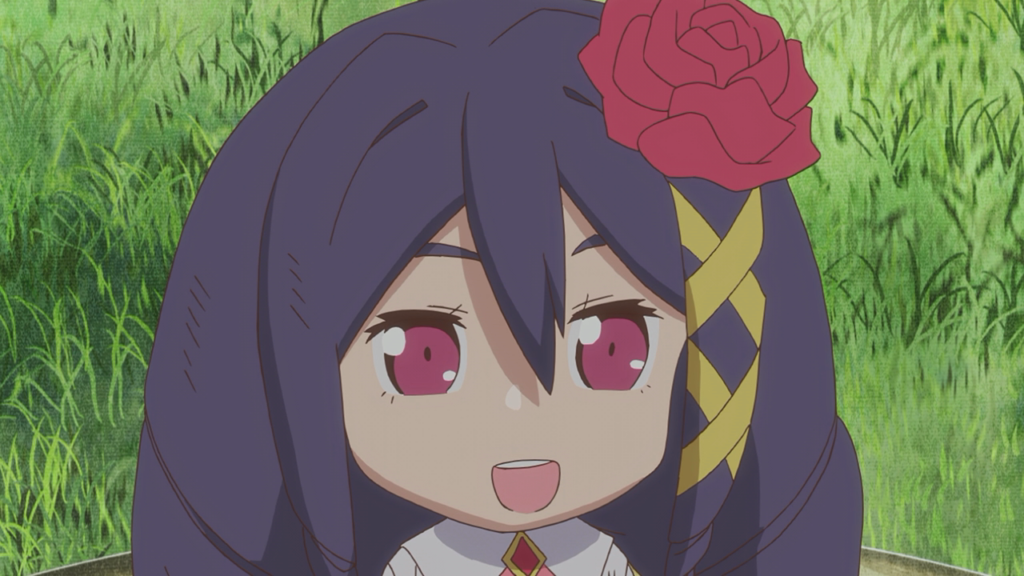 The name “Nendonaroid” is a parody of “Nendoroid”. 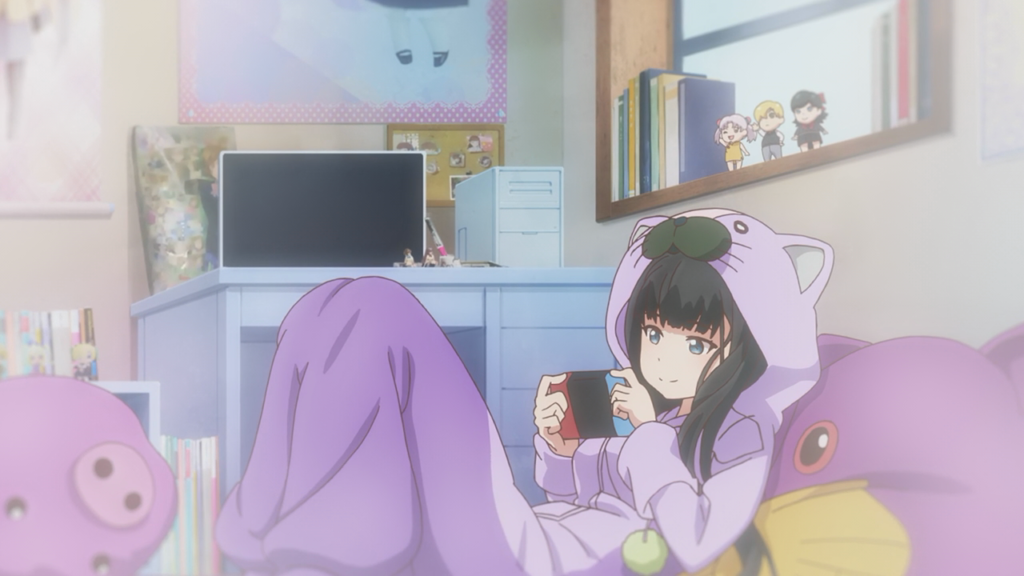 The handheld console held in the hands of Mile’s past life incarnation is the Nintendo Switch. 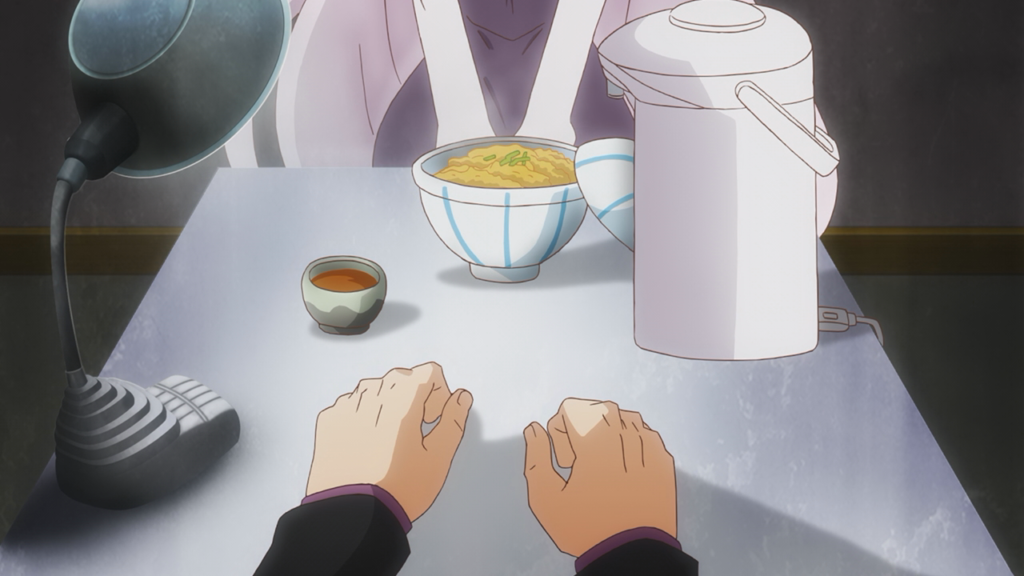 The katsudon being served at the police interrogation room is a trope in Japanese dramas, but is apparently not allowed in the real life. 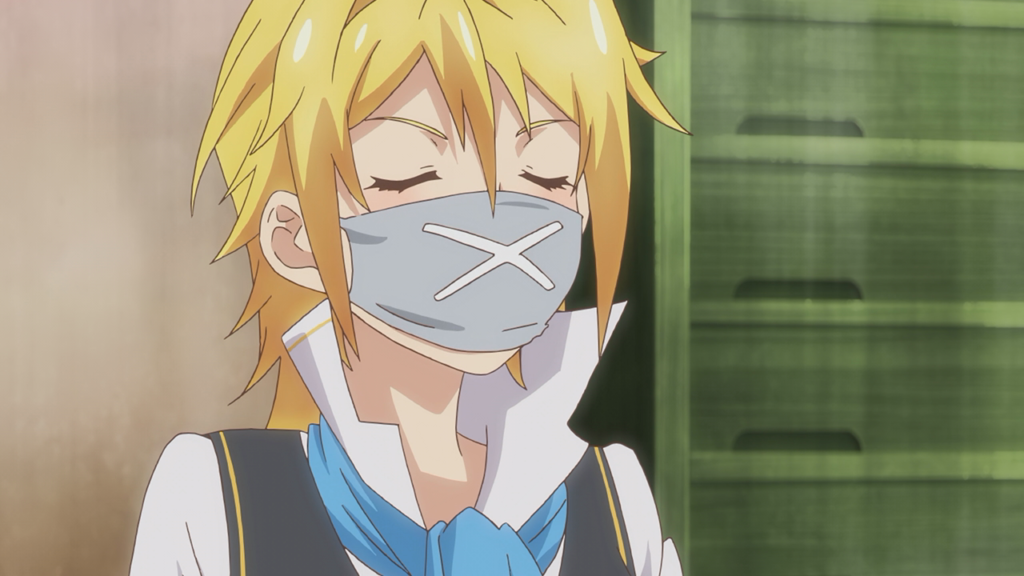 The face mask with the “X” on it is known as the “バッテンマスク / batten mask / X mask”. It is from the 1970s to 1980s Japanese quiz show “クイズ・ドレミファドン! / Quiz Doremifadon!” where a contestant who gives an incorrect answer to a quiz question has to wear it. 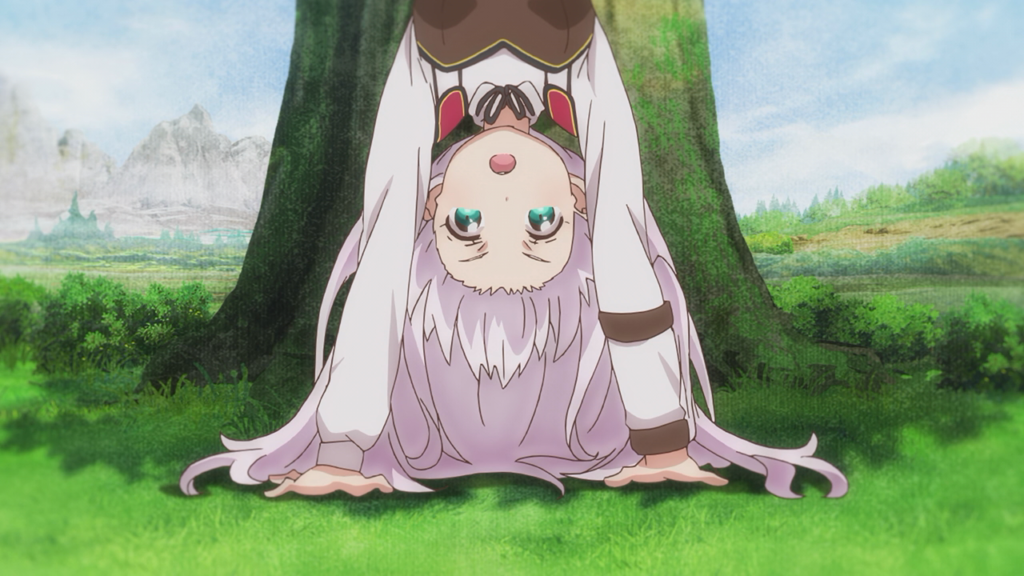 The handstand while thinking and reaching a solution is from the Japanese novel and TV series “あばれはっちゃく / Abarencchaku”. 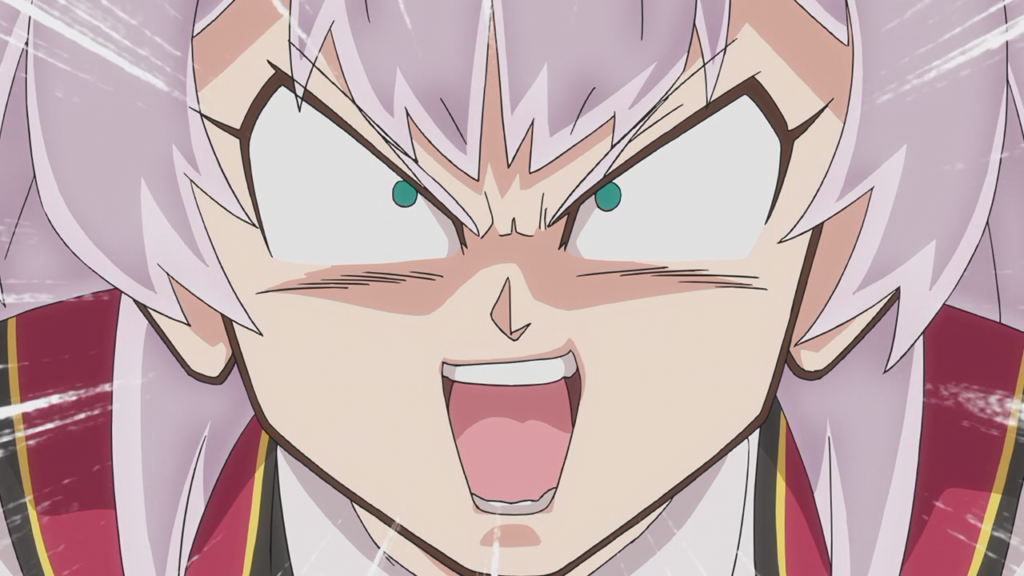 The face made by Mile in different art style while saying “20 times” is a parody of Son Gokuu from the manga Dragonball who used Kaiouken at 20 times in a fight against Frieza. 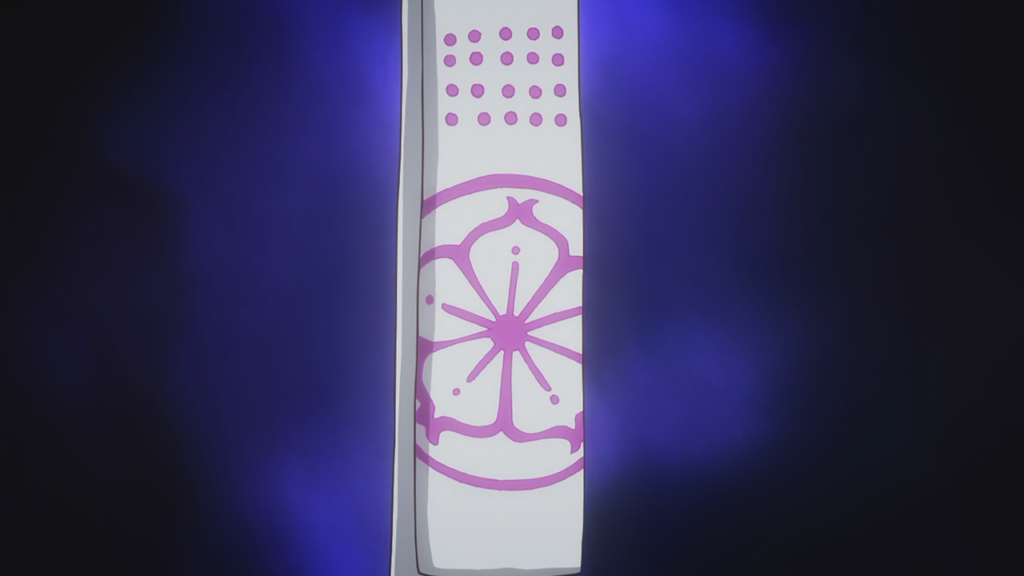 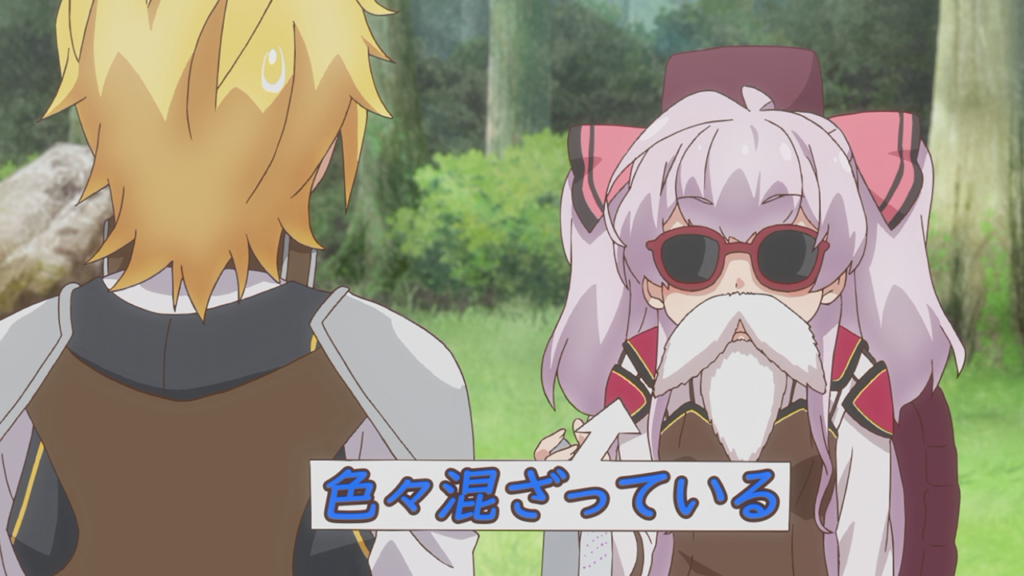 The old man with sunglasses and turtle shell character parodied by Mile is Muten Roushi (Master Roushi) from the Dragonball series. 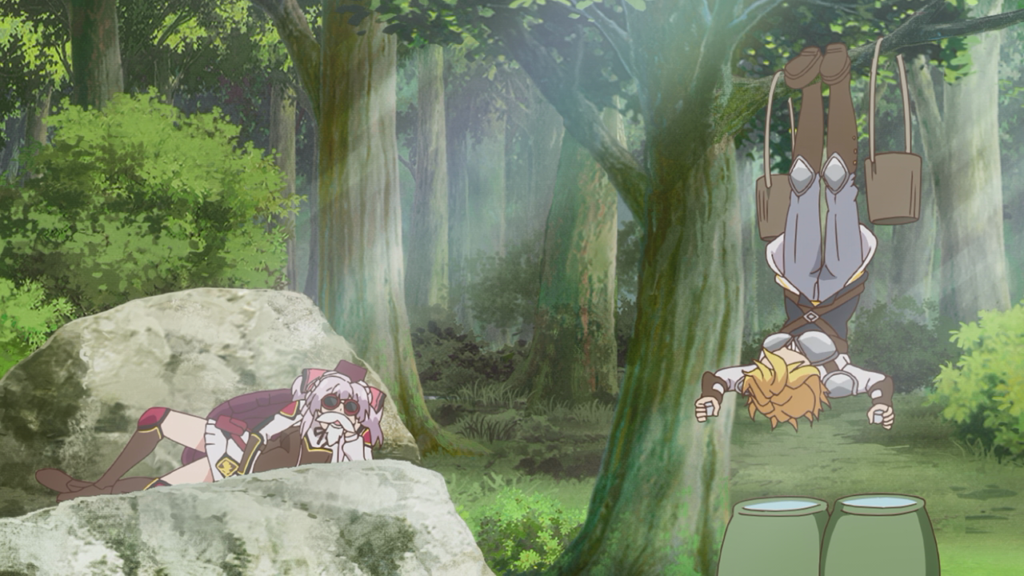 The training involving the vertical hang and transporting the liquid via the two cups is a parody of the training from the film 醉拳 / Drunken Master. The hat on Mile’s head resembles that of Beggar So, the teacher of the protagonist in the film and the way she supervises is also similar to him. 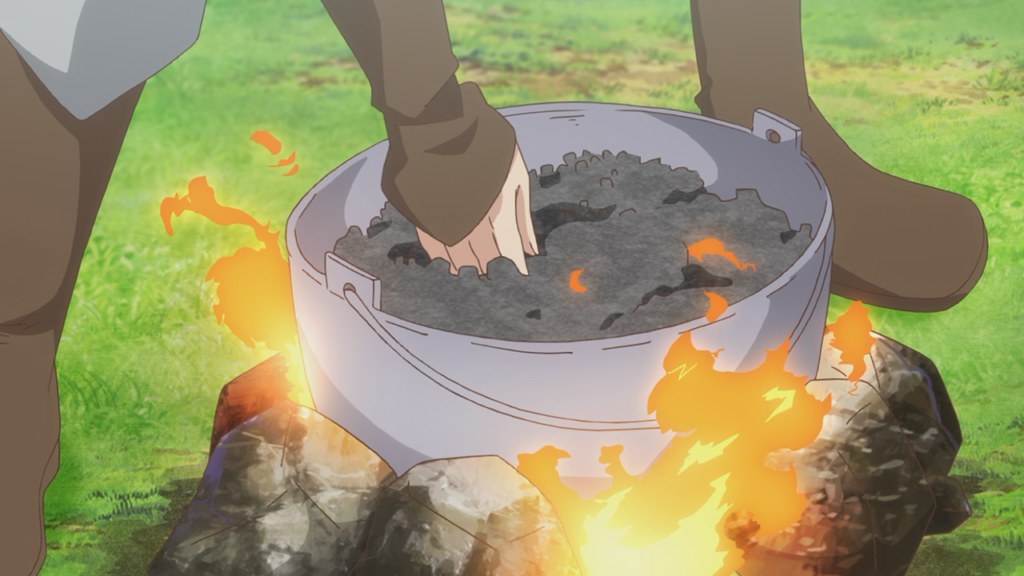 The spear-hand thrusting into some kind of heating powdered material is a typical training for shaolin “iron palm”. 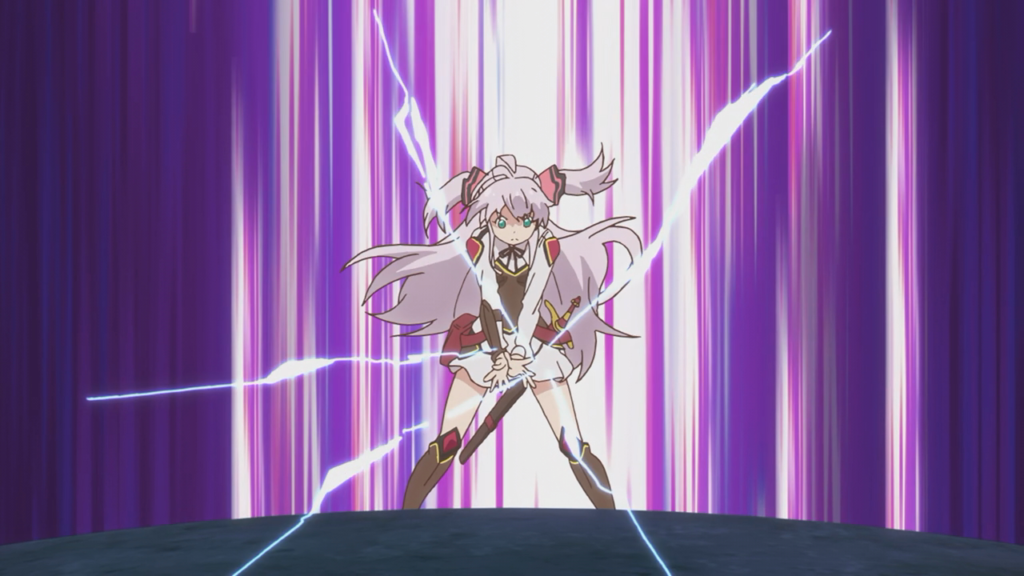 The sword coming out of the fissured earth and Mile’s poses are from the anime Juushin Raigaa (Juushin Liger). 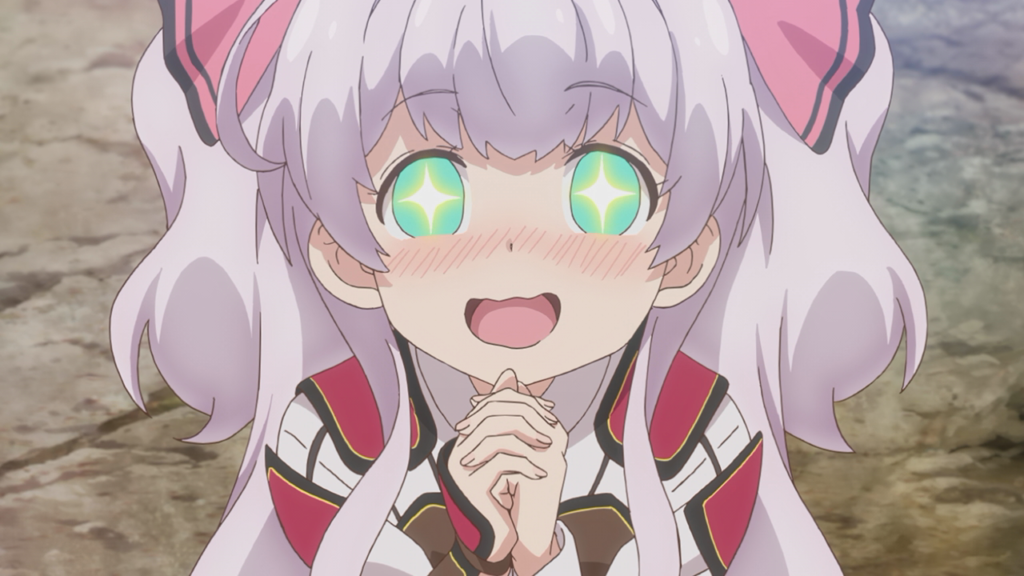 The “babanban” said by Mile is from the 1975-1976 anime series Koutetsu Jeeg opening song Kotetsu Zieg no Uta. The golems being held together by magnetic force is also a reference to the titular giant robot Kotetsu Jeeg (Steel Jeeg) who’s limbs were attached with magnetic force.