Parodies, references and notes explanations for Ore wo Suki nano wa Omae dake ka yo / Oresuki: Are You the Only One Who Loves Me? episode 5.

0:07 Jouro / Kisaragi Amatsuyu says “pyua na kokoro ni wa pyua na jinsei ga yadoru” (roughly “in a pure heart, a pure life dwells” and translated as “a pure life begins with a pure mind”), which is probably a parody of “kenzen naru seishin wa kenzen naru nikutai ni yadoru” a Japanese translation of the Latin phrase “mens sana in corpore sano” (translated as “a healthy mind in a healthy body” in English) which comes from the Satire X of the Roman poet Juvenal. 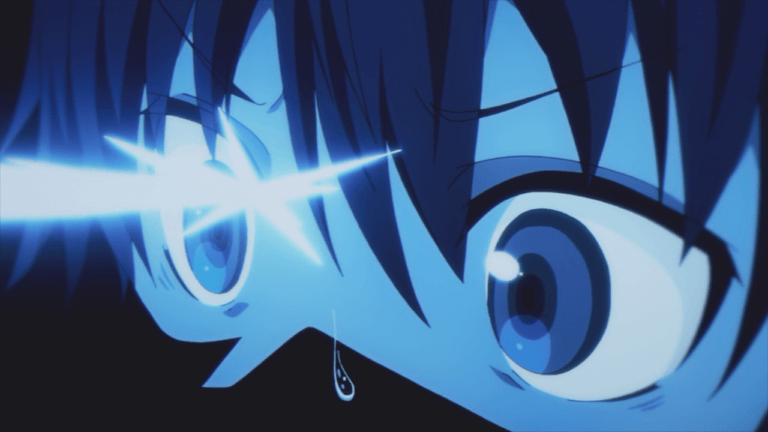 The flash of light and the sound effect are the newtype from the anime Kidou Senshi Gundam / Mobile Suit Gundam. 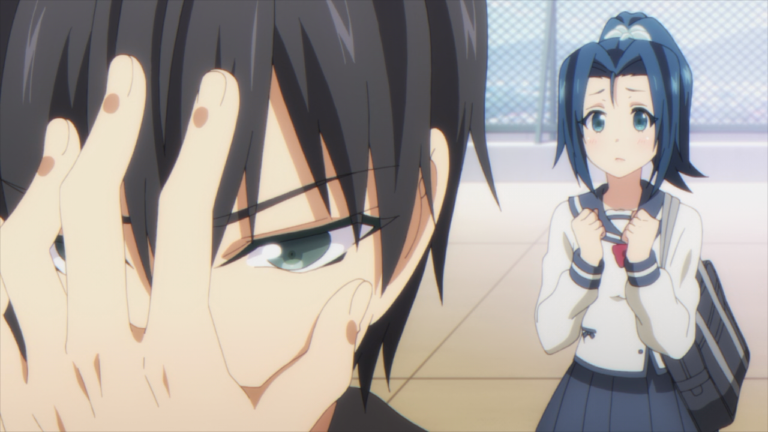 Jouro’s pose with the hand on his face while thinking to himself is possibly a parody of the way Lelouch vi Britannia from the anime series Code Geass does the same.

3:45 Occurring again at the appearance of the bench is the The Imperial March music from film series Star Wars. Also, however, the breathing sounds of Darth Vader from Star Wars can also be heard this time. 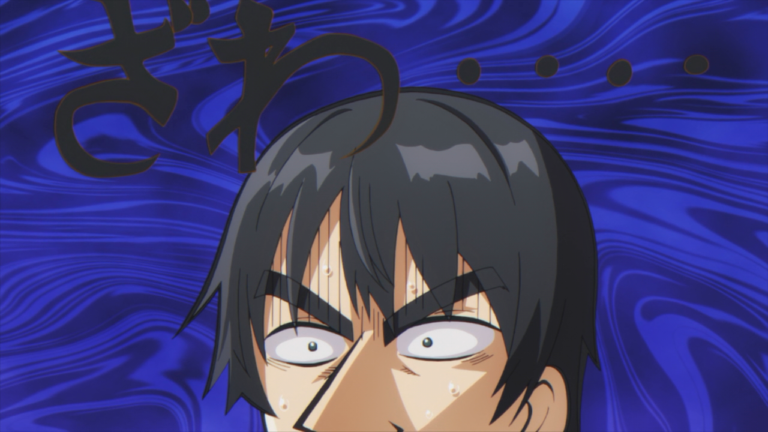 The “ざわ．．．．” is the sound effect from various manga series written by Fukumoto Nobuyuki. In particular, the character shown seems to perhaps resemble Itou Kaiji from the manga Kaiji the most.

3:59 The narration by Jouro resembles the narration style often heard in the Kaiji anime adaptation.

9:07 “Kanshoku” (literally “touch feeling”) was translated as “PDA” which is probably short for “public display of affect”, but it may be inaccurate if the point was him being moved by the sensation of the hands rather than the intention.

9:10 Jouro says “dakedo namida ga decchau rabu kome da mon” (roughly “But tears come out. (It’s) a love comedy, after all.” and translated as “But this is a rom-com with tears!”) which is a parody of the line “dakedo namida ga decchau onna no ko da mon” (roughly “But tears come out. (I’m) a girl, after all.”) from the opening song Attack No.1 of the anime Attack No.1. The way he says the line also resembles the way it is sung in the song.

13:53 The girl / Kamata Kimie said “perorisuto” which is a combination of “pero” (licking onomatopoeia) and terorisuto (Japanese pronunciation of “terrorist”), which results in a word meaning someone who licks things. The translation “slipper man” is inaccurate since it implies Jouro only has a thing for slippers, when the term “perorisuto” applies to the licking of anything and perhaps more than 1 thing most of time.

14:15 The girl said “purofesshonaru ni perorareru” which is roughly “(I’ll) be professionally licked”, but was translated as “The Slipper Man is trying to lick me”. 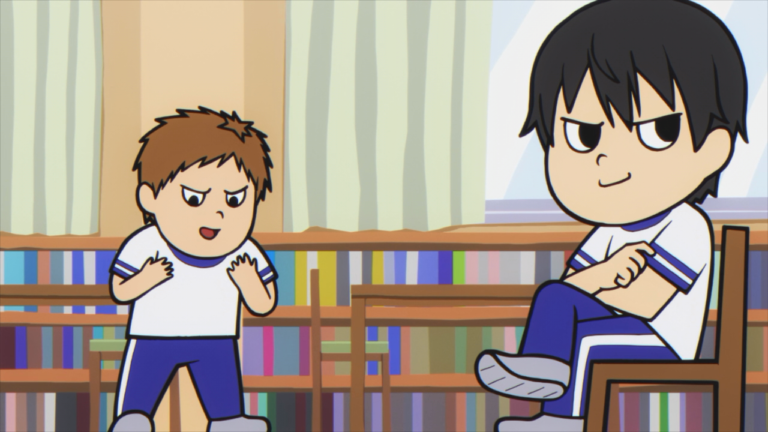 The art and voices resemble that of the anime Himitsu Kessha Taka no Tsume / Eagle Talon.