Parodies, references and notes explanations for Ore wo Suki nano wa Omae dake ka yo / Oresuki: Are You the Only One Who Loves Me? episode 7. 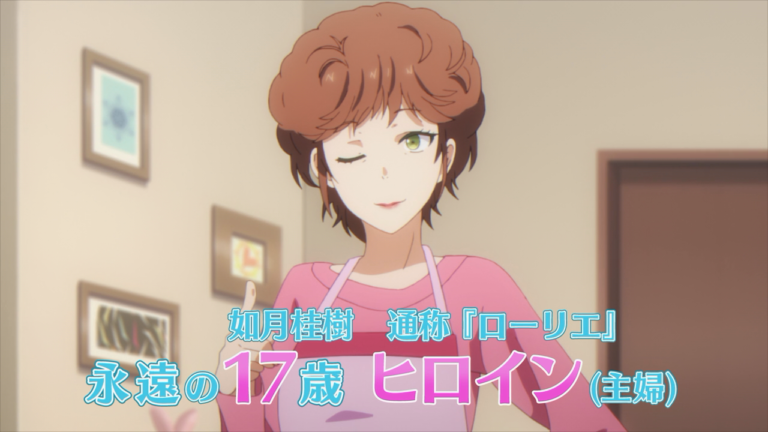 3:50 Laurier says “keiki mitai ni amai ro-rie” (roughly “laurier sweet like a cake”). “Keiki” also means “cake” in Japanese, and may be a pun with her name.

3:54 Jouro says “kime serifu made kanbi” (roughly “even complete with signature line”). “Kanbi” (complete) is also a homophone for “sweet” which may be a pun considering Laurier said she was as sweet cake.

4:01 Pansy / Sanshokuin Sumireko says “osewa ni naru no wa watashi no hou desu” which is literally “the one who is going be taken care of is me”. It is a bit different to saying that Jouro would take good care of her.

12:50 Jouro screams out “ore no jouro da!“, which is literally “my watering can!”. It is a pun on “jouro” which can “watering can” and is also his nickname.

13:37 Jouro says “pai panikku” towards President Cosmos / Akino Sakura’s breasts squeezing the dolphin fin. While it was translated as “boob alert”, “pai panikku” is roughly “boob panic”. “Paipaniku” also happens to be the Japanese title of the pornographic film Bitanic whose title (and possibly contents) is a parody of the film Titanic.

14:15 Part of President Cosmos’s line was translated as “intention to date someone with marriage in consideration”. However, it is a translation error because she said “otsukiai wo zentei ni kekkon suru youtei de wa atta ga” which means “I had planned to marry with the intention to date”. The official translation had the process backwards; date to marry, instead of marry to date.

14:54 Sun-chan / Ooga Taiyou jumping down to mount the dolphin while shouting “pairudaa on” is a parody of the “pairudaa on” from the Mazinger Z manga where a separate flight craft goes to dock with the head portion of the giant robot Mazinger Z while the craft pilot says “pairudaa on“. The sound effects are the same as in the Mazinger Z anime. 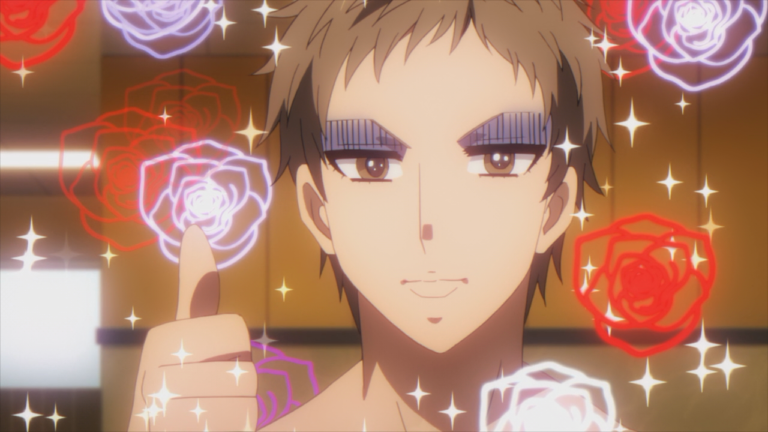 Sun-chan’s is probably a parodying Jack Barbarossa Bancoran from the manga Patariro! / Patalliro!. Jouro’s face then also is drawn in the style of Patalliro!. and he says “chuwan” a more corrupted pronunciation of the “chan” honorific. 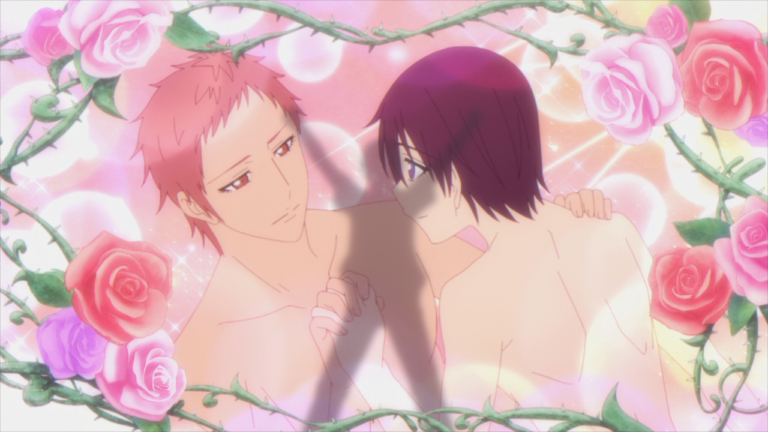 The depiction with roses is a reference to “bara” (literally “rose(s)”) the genre of manga involving gay love between gay men for a gay male audience.

22:52 Due to the transfer student’s name being pronounced “Yooki”, the teacher repeatedly made puns with “yoo” in his sentences.