Parodies, references and notes explanations for Ore wo Suki nano wa Omae dake ka yo / Oresuki: Are You the Only One Who Loves Me? episode 10. 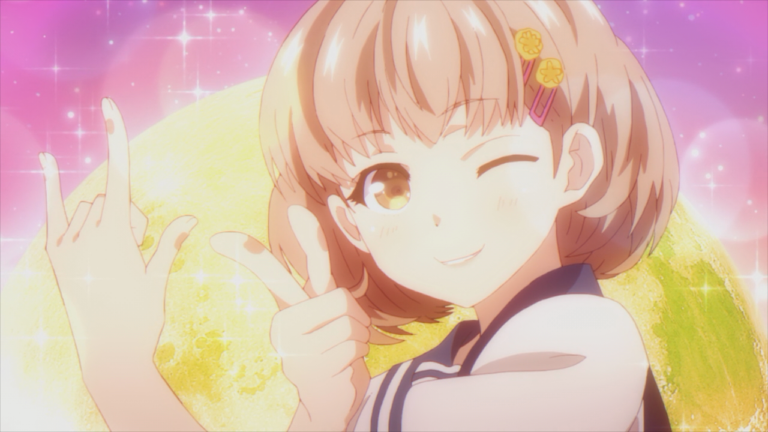 Tanpopo / Kamata Kimie’s pose and gestures with a big moon and sparkles in background are a parody of Sailor Moon’s “tsuki ni kawatte oshioki yo” (roughly “In the place of the moon, it’s a punishment”) from the anime Bishoujo Senshi Sailor Moon. 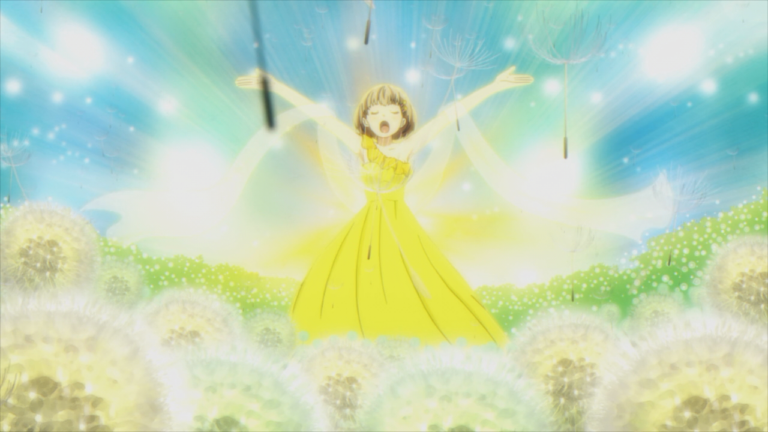 Tanpopo’s name “tanpopo” literally refers to dandelions which is why it is most appropriate that she stood in a field of dandelions as shown.

11:00 The lines by Pansy / Sanshokuin Sumireko in Tanpopo’s fantasy were “soukai zenkai mou tomaranai” (roughly “exhilarating, all out, won’t stop anymore”), which are the lyrics to the song Orange Revolution sung by the Pansy’s voice actress, Tomatsu Haruka.

11:07 Jouro / Kisaragi Amatsuyu’s “ochitsuke reboryuushon” roughly means “calm down, revolution” and was translated as “cool your jets, revolutionary”. Probably the “revolution” part was a reference to the Orange Revolution song previously just referenced.

13:51 “Chinpopo“, the incorrect recall of Tanpopo’s name, was translated as “Peenpopo”. “Chinpopo” is basically “chinpo” (one of the more vulgar ways of saying “penis” in Japanese) + “po”. A “chin” ringing sound can also be heard which censors out the “chin” portion of “chinpopo” but, as a joke, it is the very sound that is censored out.

15:35 Jouro’s name call of Tanpopo was “ganmen muhou jitai” was translated as “Commander Crazypants”. Literally, though, the meaning is something like “face lawless area”.

15:52 Part of Jouro’s line “saki ni uso wo tsuita no wa, Tanpopo, omae daro” was translated as “You’re the one who lied to me not more than a minute ago“. However, it should be “the one who lied first was, Tanpopo, you, wasn’t it?”; referring to Tanpopo lying first rather than her lying recently. 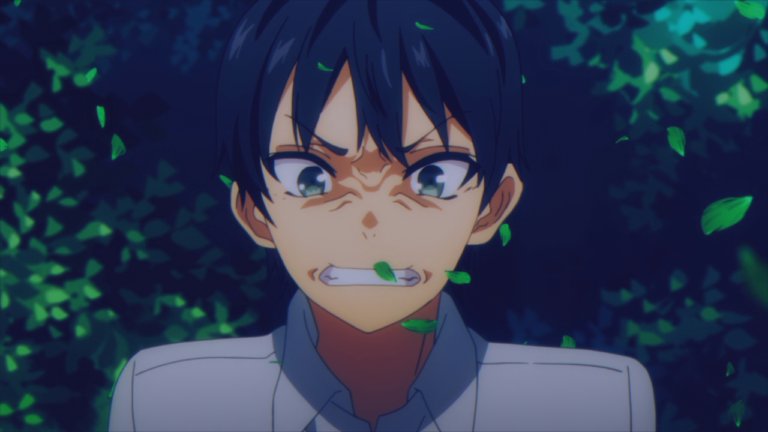 Jouro’s face and lines “damare komusume!” and “omae ni San-chan ga sukeru ka!” (respectively “Silence, little girl!” and “As if you can save Sun-chan!”) are parodies of the lines “damare kozou!” and “omae ni San wo sukeru ka!” (respectively “Silence, kid!” and “As if you can save San!”), which are said by Moro from the anime film Mononoke Hime / Princess Mononoke. The joke also involves the name “San“ because it is the name of the character talked about in the original line from the film but also how the “Sun” in “Sun-chan” is pronounced. 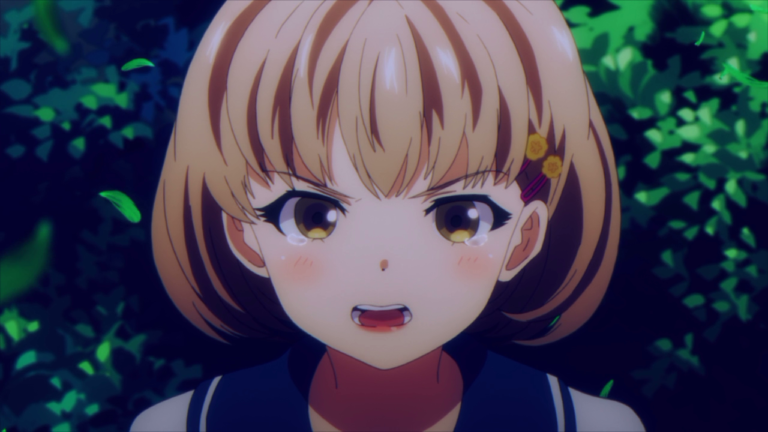 Tanpopo then replies to Moro’s parodied line with “wakarimasen demo tomo ni ikirukoto wa dekimasu” (roughly “(I) don’t know. But (we) can coexist.”) which is a parody of the line “wakaranu daga tomo ni ikirukoto wa dekiru“ (same meaning but more archaic and less polite style) said by Ashitaka in response to Moro in the film. The close up of her face also resembles the shot of Ashitaka when he said the line in the film, except, Ashitaka did not have tears in his eyes. 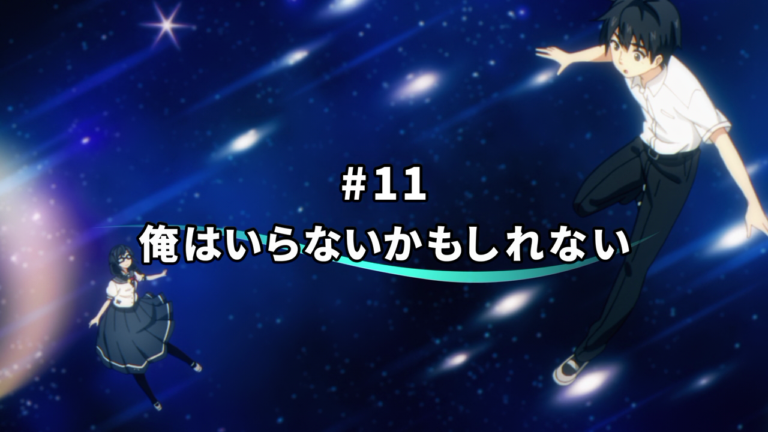 The next episode title screen’s background and the two floating around seems to be a parody of the newtype space, particularly the scene from Kidou Senshi Gundam / Mobile Suit Gundam.