Parodies, references and notes explanations for Watashi Nouryoku wa Heikinchi de tte Itta yo ne! / Didn`t I Say to Make My Abilities Average in the Next Life?! episode 12. 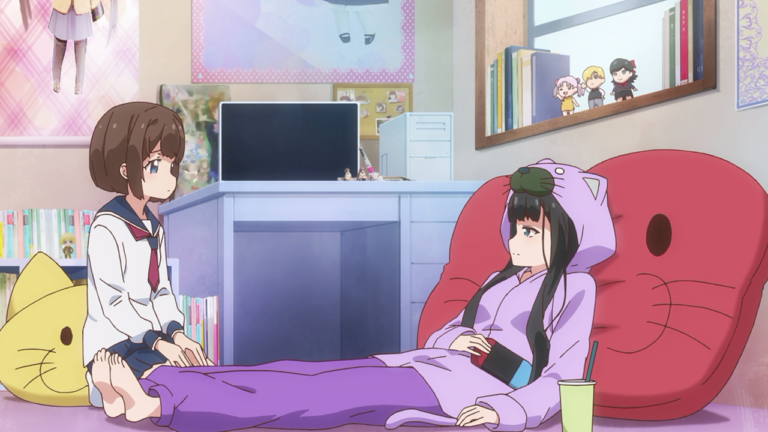 On the bookshelf on the left is the anime figure of Tanya von Degurechaff from Youjo Senki / The Saga of Tanya the Evil.

2:17 Mile’s past life’s mother mentions the “joshi kousei kuchikamizake” (literally “girl high school student mouth chew sake“) and “Yuu no Na wa.”. “Yuu no Na wa.” is a parody of the anime film title “Kimi no Na wa.” (English “Your Name.”) (the full stop is part of the title). “Yuu no” is literally the English “You” followed by “no” the Japanese particle which acts like an “apostrophe s” denoting possession, so “Your Name.” is a correct translation which incidentally turns out to be the exact same was the English title of the film. In the film, a kuchikamisake was made by a high school girl.

3:43 The two girls mention the group being called the “Wonder Four” and that they get dragged around by the leader-like girl. “Wonder Four” is a parody of the manga title “Wonder 3 / The Amazing 3” and their situation resembles that of the group of 3 from the manga: Bokko / Bonnie, Nokko / Ronnie and Pukko / Zero. 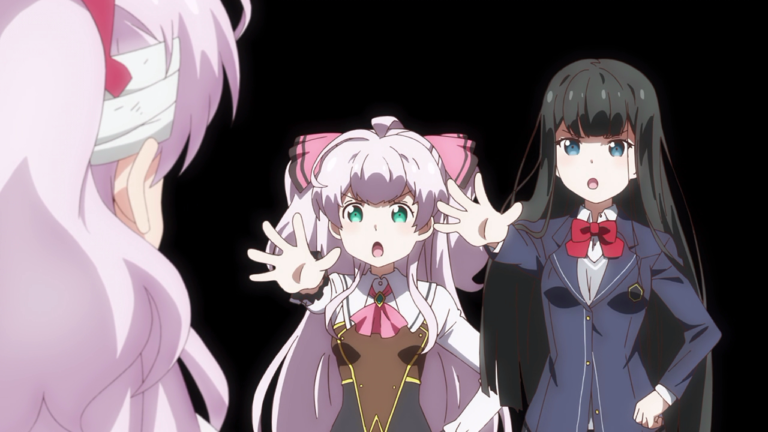 The Mile persona can be seen with her head bandaged while the 2 other personas say “Yamero. Yamerun da mile(seven). Kondo koso hontou ni shinde shimaun da(zo)”. The scene is a parody of a scene from the Ultra Seven TV series. The scene plays out almost identically with the same angle and camera pan zoom effect. The character Seven also had their head bandaged, like Mile, due to an injury being and was told to stop by another persona of himself with the same pose. The line said by Mile’s other personas is “Yamero. Yamerun da Mile. Kondo koso hontou ni shinde shimau zo!” (roughly “Stop! Stop, Mile. This time for sure, (you) will end up dying!”) which is a parody of the line “Yamero. Yamerun da Sebun. Kondo koso hontou ni shinde shimaun da!” (roughly “Stop! Stop, Seven. This time for sure, (you) will end up dying!”) from the original. The Schumann Piano Concerto, in A minor, Opus 54 Mile mentions is the background music that played in that scene in Ultra Seven.

8:13 Mile’s pose and beam from her hand attack is the reigan from the manga Yuu☆Yuu☆Hakusho. 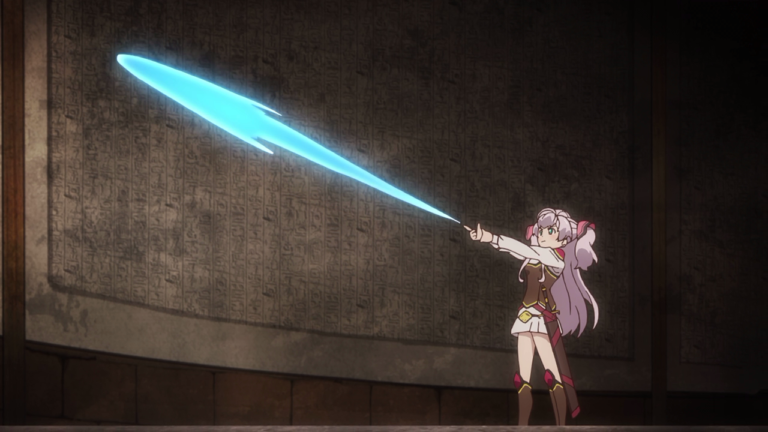 At 9:20, she even says “rei” (spirit) before interrupting herself to say “maggan” (magic gun). 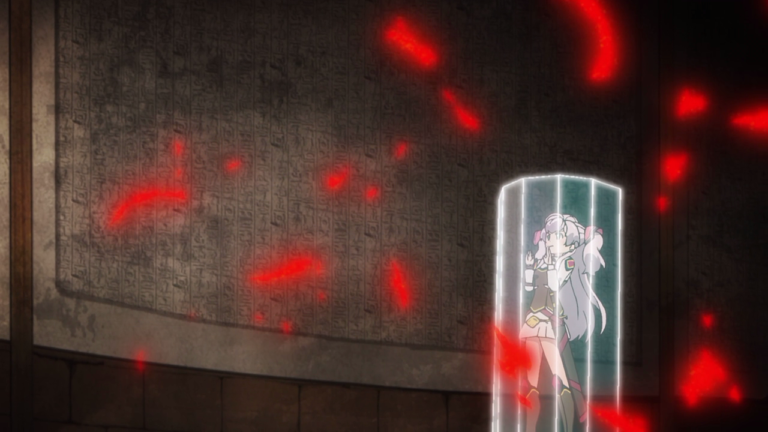 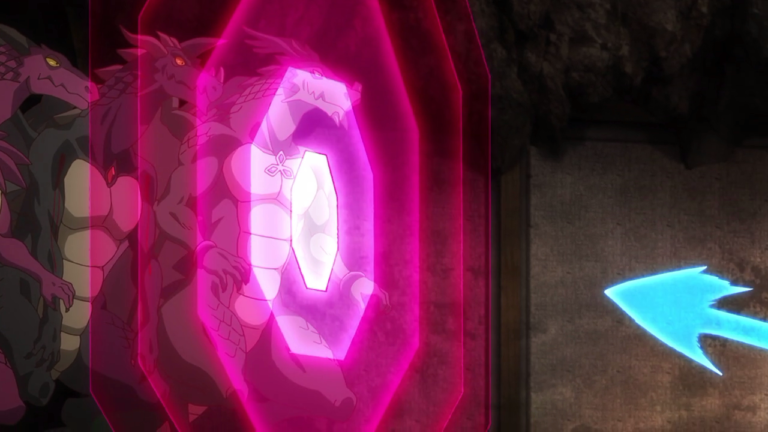 The shield put up by the dragons which looks like layers of semi-transparent coloured octagons is a parody of the A.T. Field from the anime Shinseki Evangelion / Neon Genesis Evangelion.

11:18 Mile says “hontou wa faia ransu dakedo koryuu ga kuyashigaru nara sou itte ageru” (roughly “in truth, it was fire lance but if the elder dragon will feel bitter, (I) will say it like that“) which is a parody of the line “hontou wa chigau kedo Kaazu ga kuyashigaru naru kou itte yaru ze!” (roughly “in truth, it’s not but if Kars will feel bitter, (I) will say it like this!”) said by Joseph Joestar from JoJo no Kimyou na Bouken / JoJo’s Bizarre Adventure.

18:32 Mile says “kami-sama ga inai sekai” (literally “a world without God”) which may be a parody of “Kami-sama no Inai Nichiyoubi / Sunday Without God“, the title of the light novel series and the line said within the story.