Parodies and translation notes explanations for Watashi Nouryoku wa Heikinchi de tte Itta yo ne! / Didn`t I Say to Make My Abilities Average in the Next Life?! episode. The official translation for episode 1 had many translation errors.

The title in Japanese is “戦ｘ恋” which is literally “battle x romantic love”. 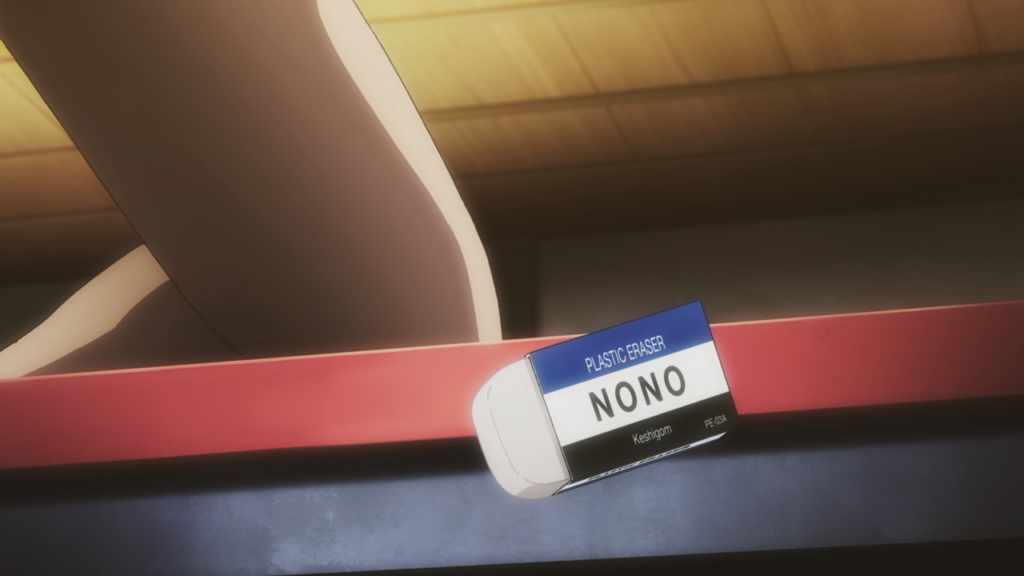 Parody of the MONO brand name and eraser cover. 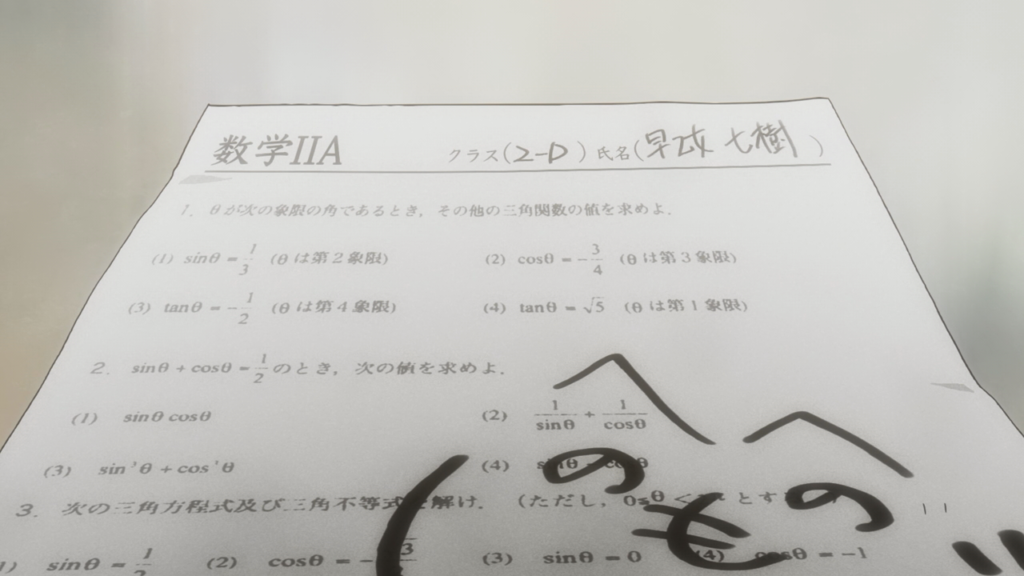 The face-like drawing over the sheet of paper is what is called the “henohenomoheji / へのへのもへじ” which is a face made by arranging the hiragana used in its name in the specific way shown. 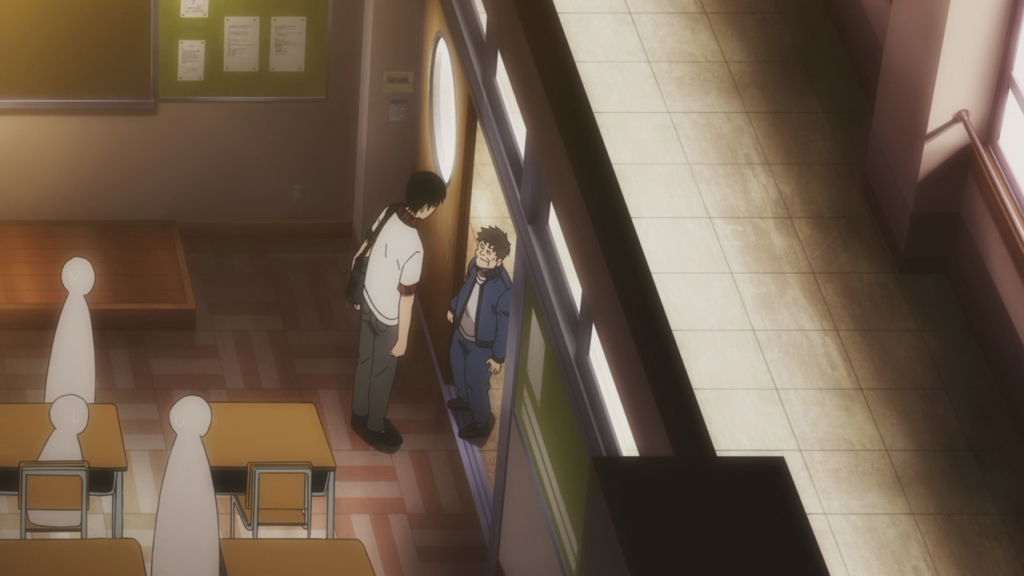 In the subtitles, it has the teacher(?) saying “have you done it again?” which suggests Takuma has done bad things in the past and has done something again. That is incorrect. It should be “have you finally gone and done it?”. Takuma has never done anything bad but it has always been wrongly suspected that he would do something bad, which makes the teacher(?) seem like a terrible person for suspecting him. 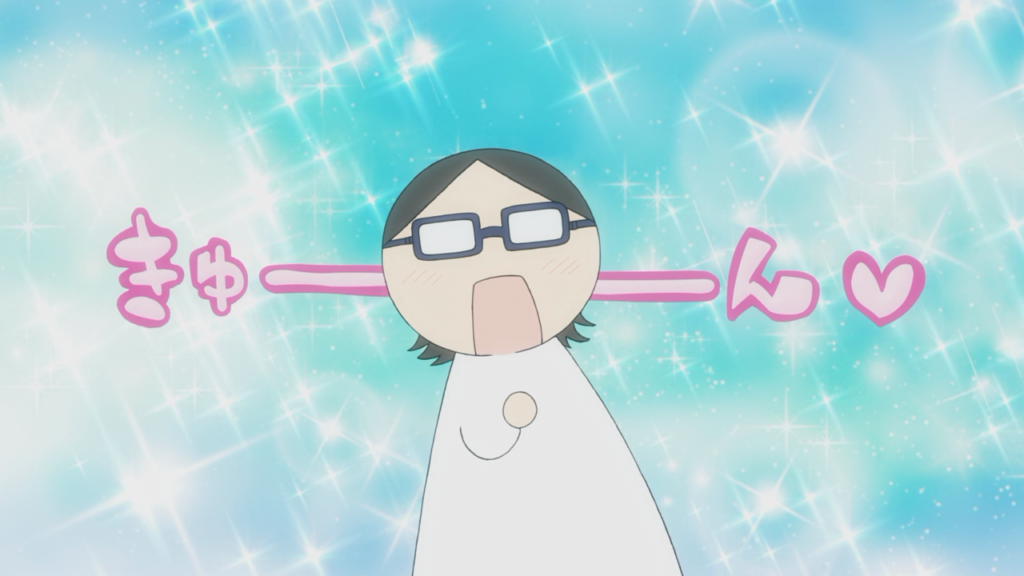 In the background is “きゅーん♡ /  kyuun  ♡ ” which is the sound of the heart tightening up instead of beating once like “ba-dump”. 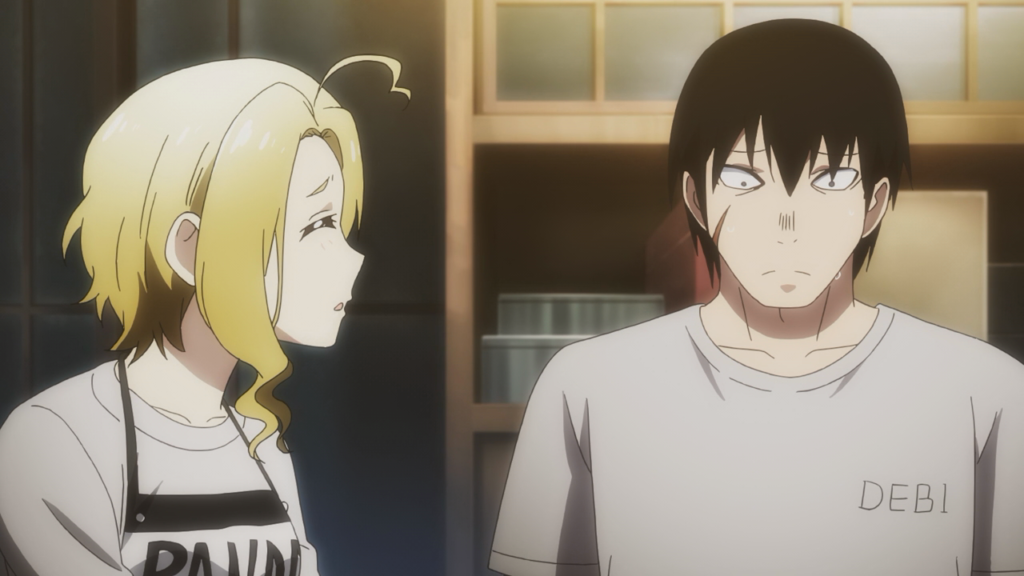 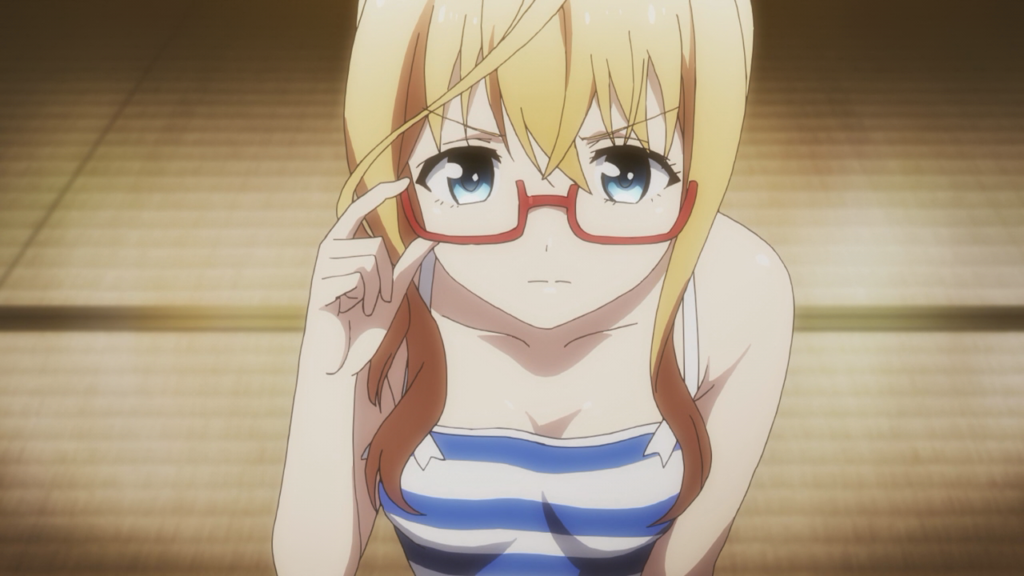 Official translation: I only wear them when I’m studying. Glasses are something you wear when studying, right?

Should be: I’ve finished studying at least that much. Study time is when one wears glasses, right?

What it implies is that she learned from somewhere that glasses are to be worn when studying and that such knowledge is so basic that she’s done at least that. In addition, she suggests studying involves wearing glasses rather than glasses being an item worn for studying. 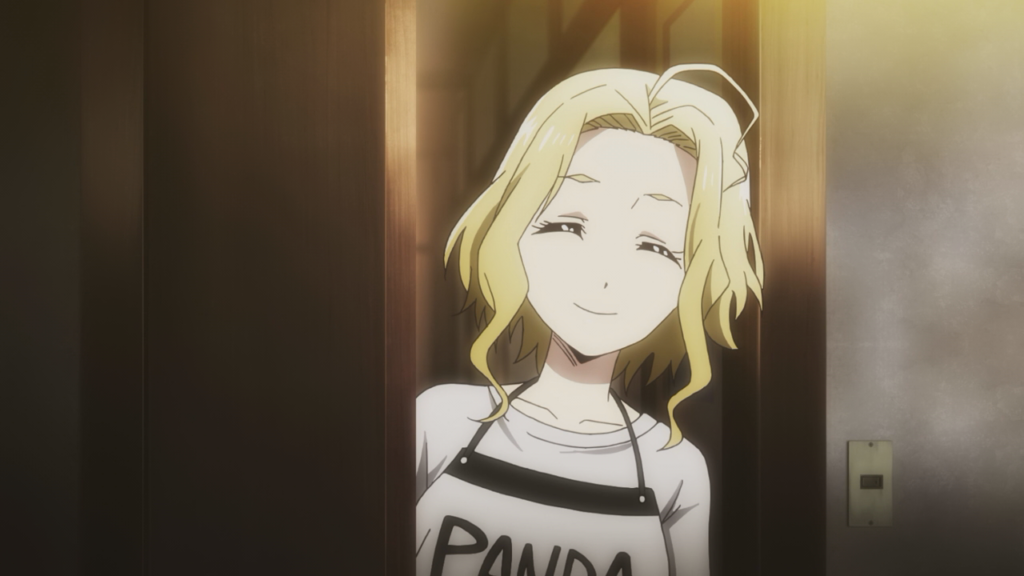 Official translation: Are the two of you just about done studying?

Should be: You two, as for the studying, it seems like you’re reaching a bit of a conclusion, right?

In this scene, Saotome Futaba incorrectly uses the term “nitsumatteru” which correctly means “to approach a conclusion” but is often incorrectly used to mean “come to a standstill”. She was actually trying to say that they were not progressing in their study as evidenced by why she suggested them to take a break. If they were about done studying, it is questionable why she would temporarily stop them. 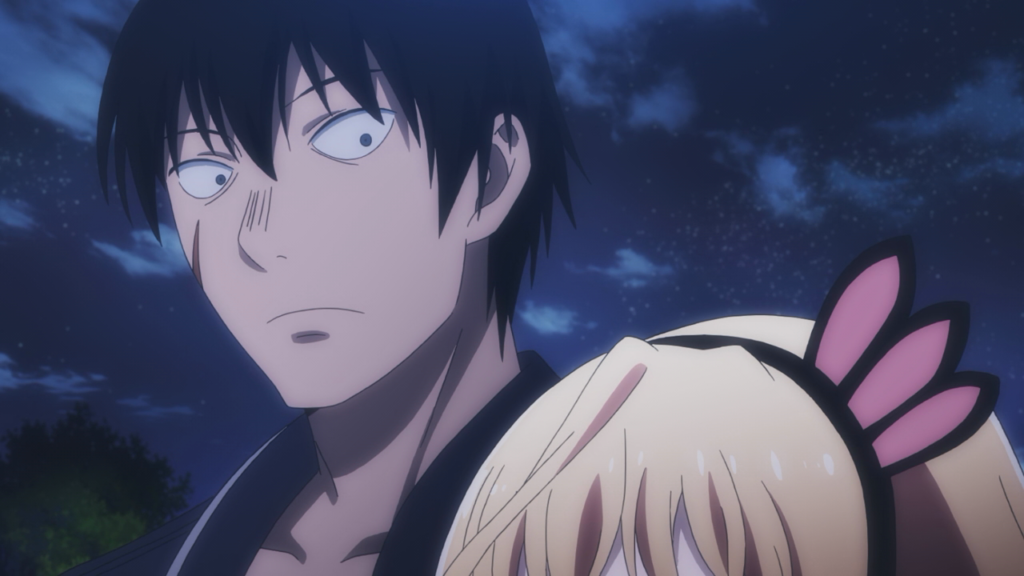 Official translation: It’s because they see an incident in the classroom, and you let everyone continue to misunderstand it.

Should be: Like with the classroom incident, at this rate, you are going to stay misunderstood.

The official translation suggests that she thinks he is suspected to be the one behind the “akuma incidents” from only 1 incident in the classroom. However, he was likely to have been suspected just for his looks and aura, and way before he caused any incidents. 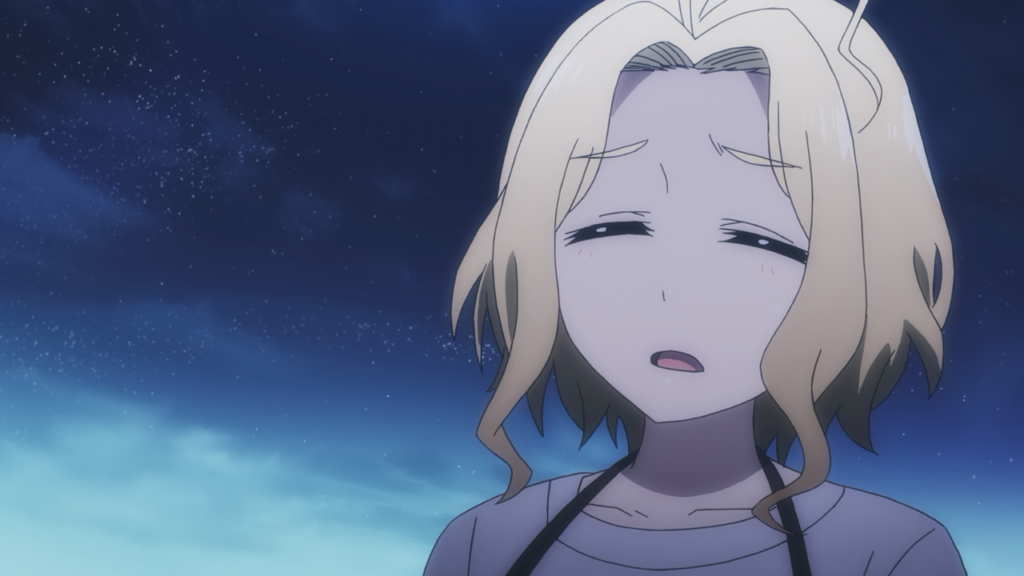 Official translation: Does this mean that Father’s oracle is one hundred percent true? 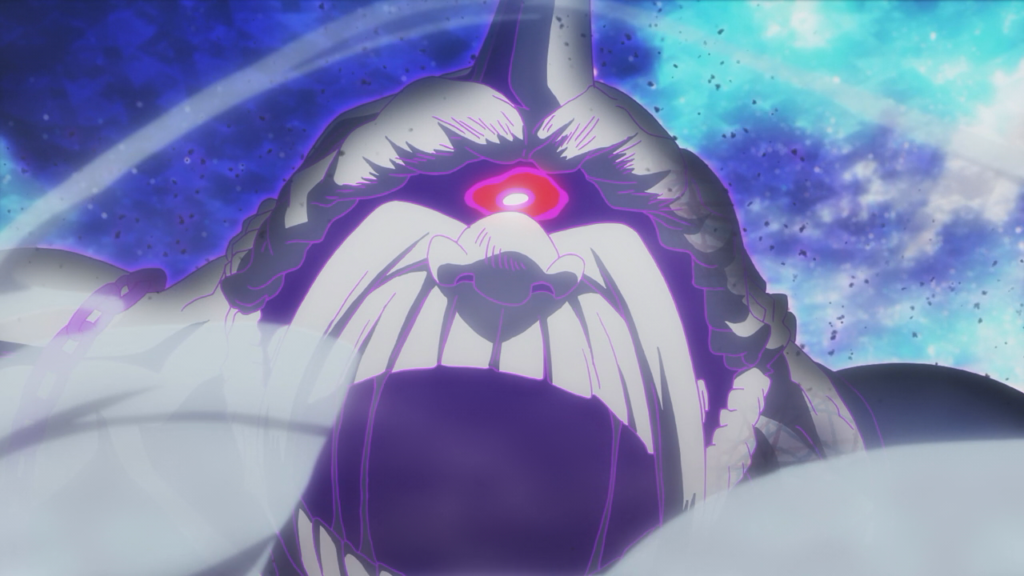 Official translation: I can’t buy us any extra time for the barrier!

Should be: The likes of the barrier will not even stall for time!

The official translation suggests she needed to buy time for “the barrier”. However, what she really was suggesting was that a barrier and similar kinds of things would not even buy any time against the high-level demon because it was so strong. A barrier may or may not have already been put up already. 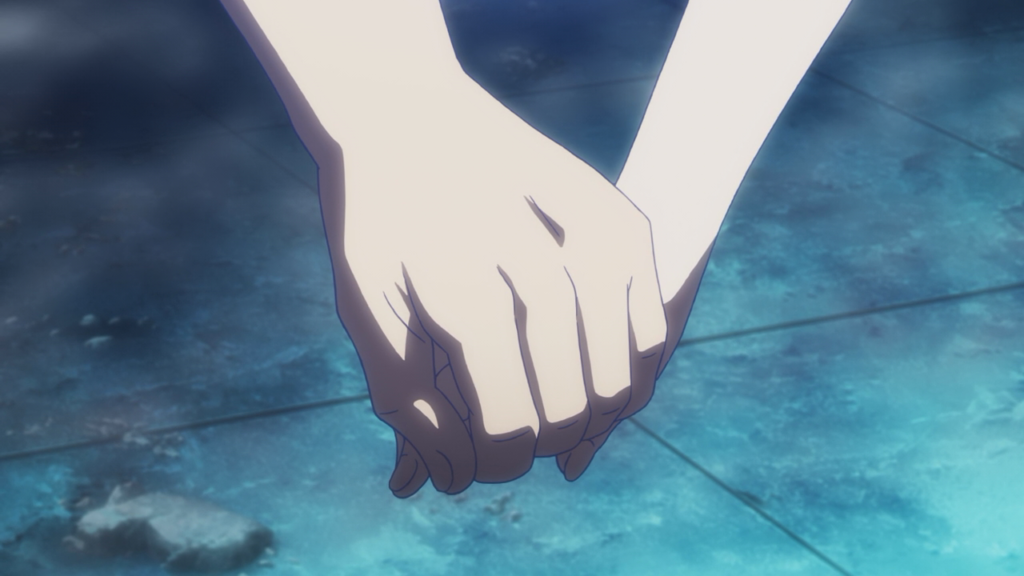 Official translation: I’ll lose the opportunity to raise my level if I hold hands and shop.

Should be: It has stopped being a situation where I can hold hands and go shopping to increase my level.

The official translation suggests that there were some opportunity to level up which she would miss if she continued holding hands and shopping. However, the plan from the start was to level up in such way. Probably just doing that could be a level up, but not enough of a level up in the situation where such a high-level demon is attacking people.

Official translation: As long as a Valkyrie is in love, she will grow stronger.

Should be: As much as a Valkyrie loves (romantically), she will grow stronger.

Official translation suggests Valkyries will grow stronger as long as they love. That is, a binary condition where, if they love, they get stronger and, if they don’t, they don’t get stronger. However, the voice suggests the more the Valkyries love the stronger they grow, as in the intensity of the love matters. Also, the love has to be specifically romantic love, not other kinds like family or friendship love. 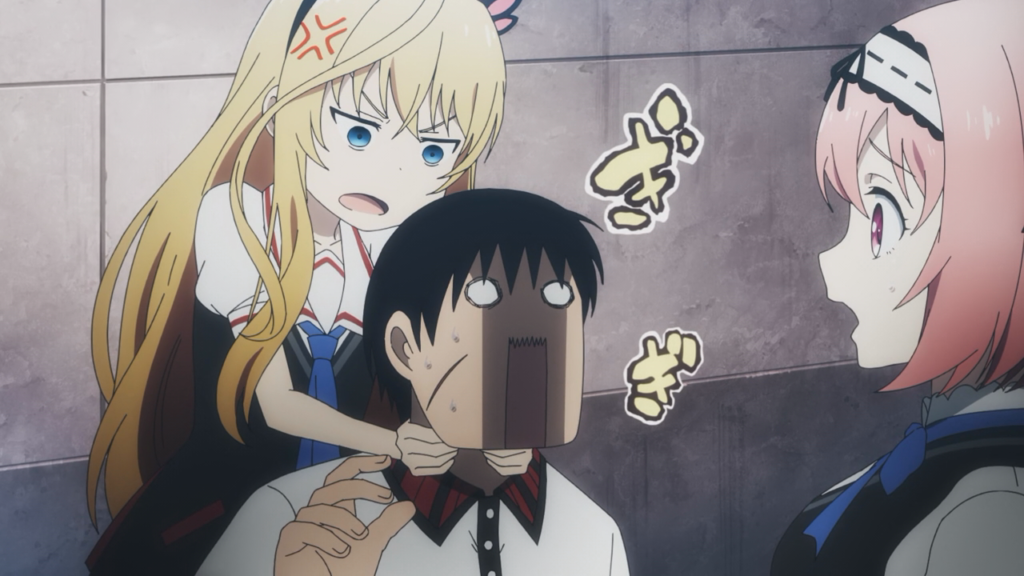 Official translation: Okay. The Val Love sure have a lot of different levels.

Should be: Oh. So we will do various Val Loves, will we?

The correct meaning talks about doing various “Val Loves”, most likely, specific actions like those previously seen which increase the Valkyries’ levels. There is no “the Val Love” thing, and no mention of “lots of different levels”.