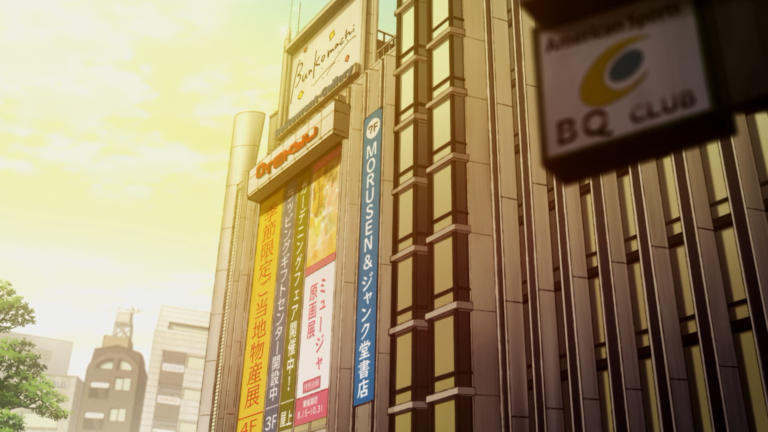 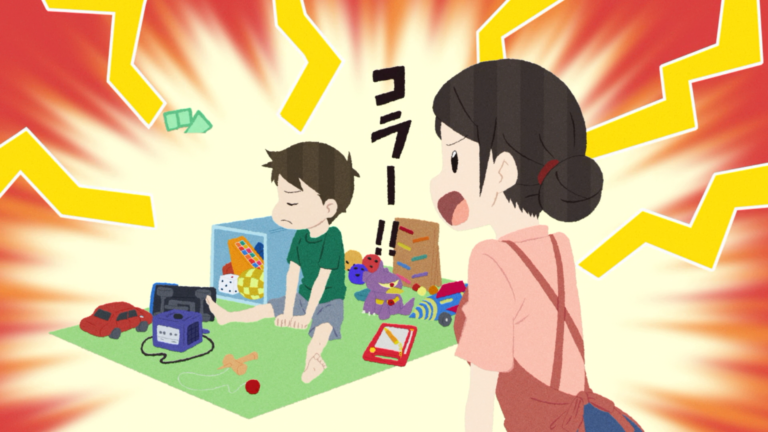 The art is in similar style to that of irasutoya. There is a Nintendo Game Cube on the floor. 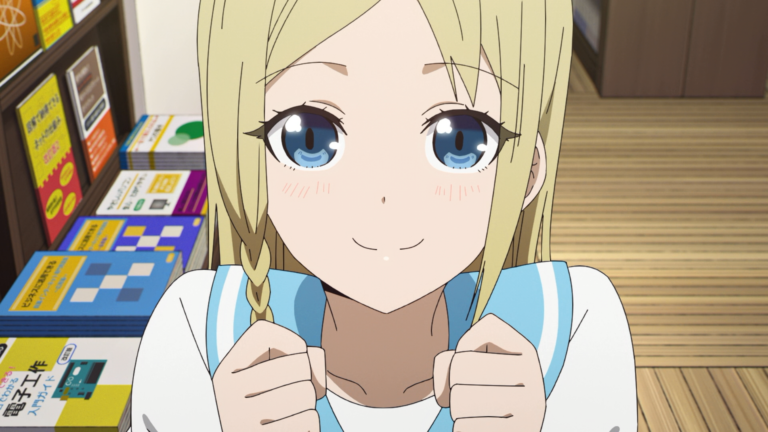 The book closest to the view has an Arduino board on the cover. 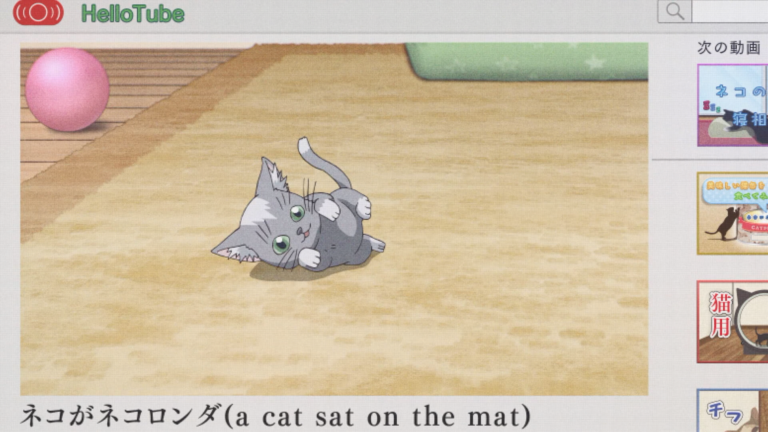 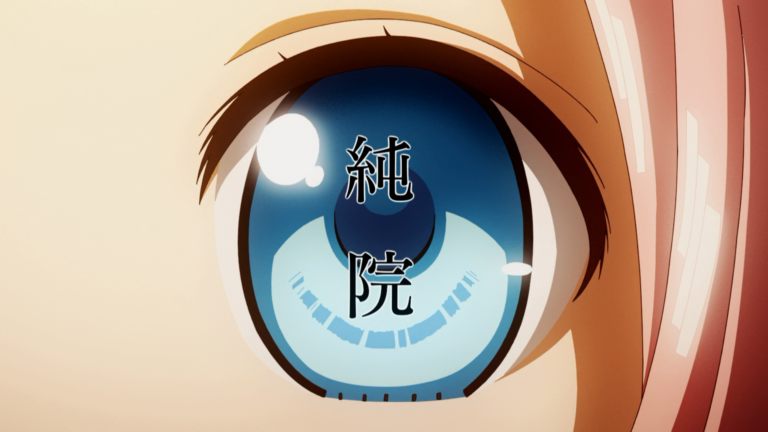 The Japanese characters in the eye presentation resembles that of the Monogatari Series anime series. 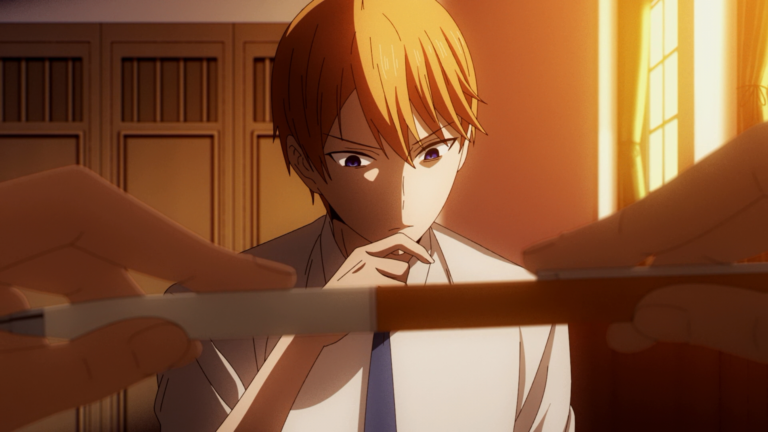 The discussion scene between Shirogane and Fujiwara in the classroom during sunset, with the particular angles and closeups, and especially the shot shown is a parody of the scene with Hanekawa Tsubasa and Araragi Koyomi in the first episode of the anime Bakemonogatari. 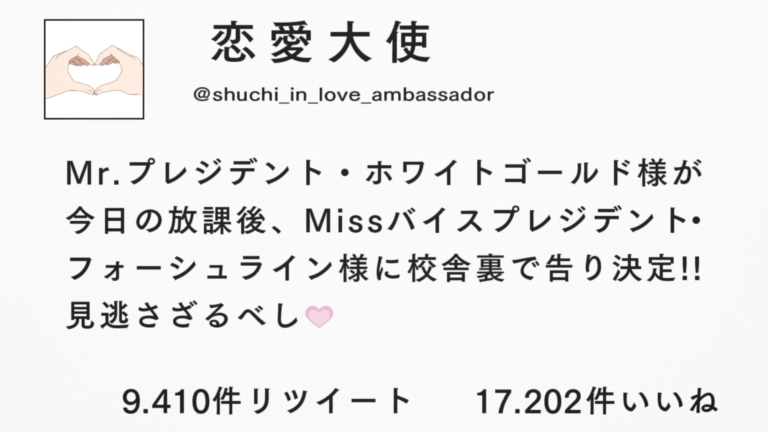 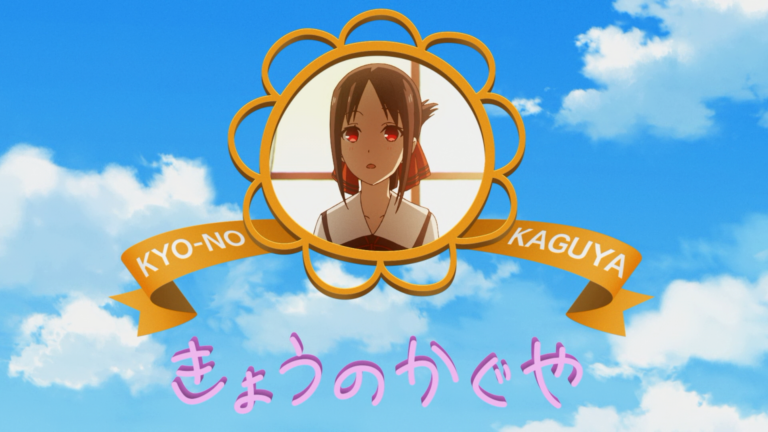 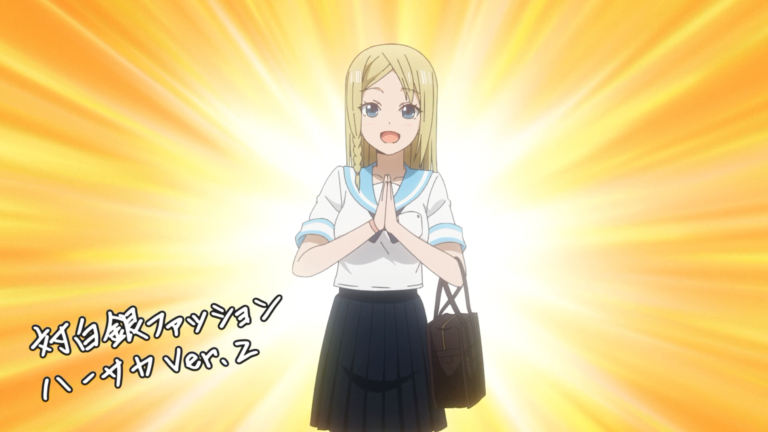 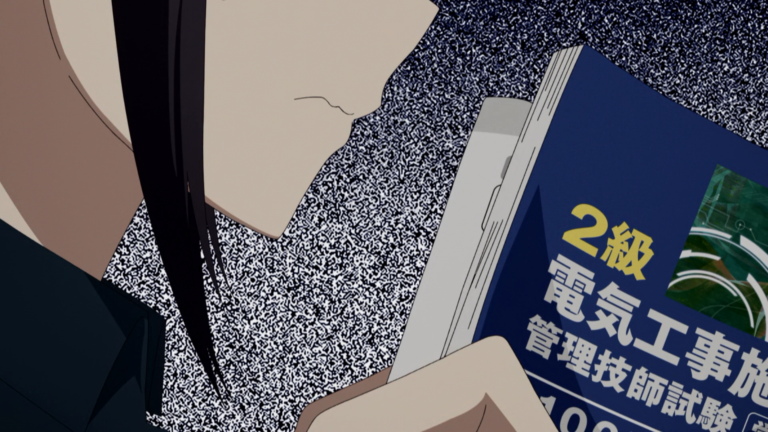 The book Kaguya is reading is the exam book for Level 2 electrical work construction management technician. 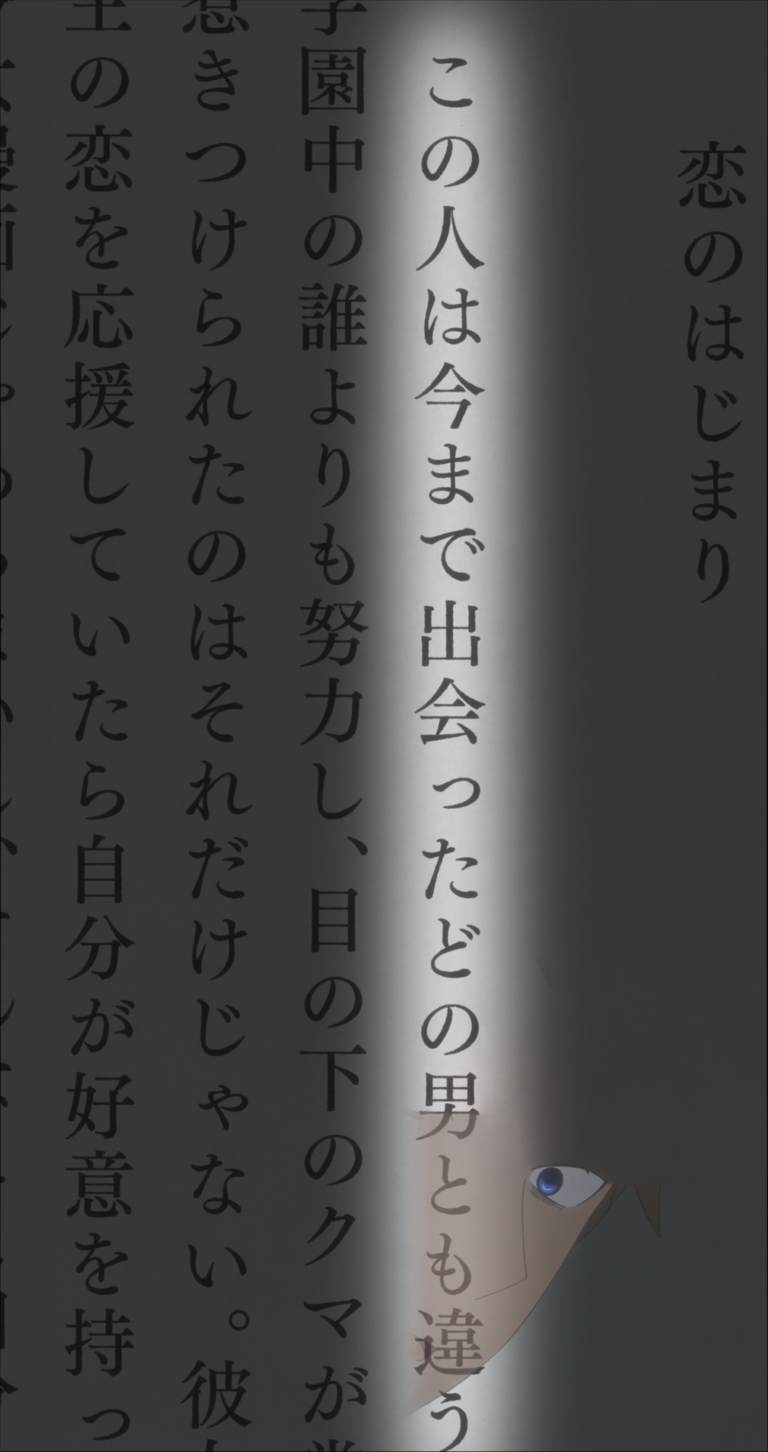 Parts of the text are untranslated. From right to left: 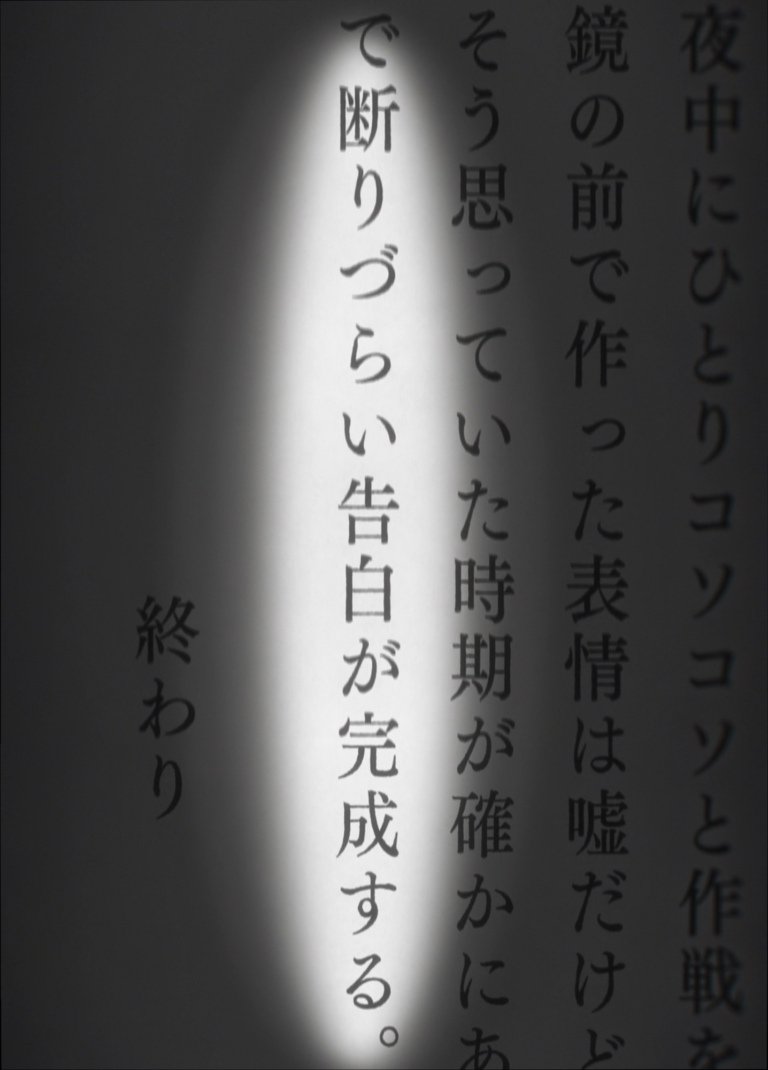 Parts of the text are untranslated. From right to left:

10:19 “Ouen enzetsu” was translated as “campaign speeches”. However, it means “support speech” (probably only 1 speech as well) which is a speech where a supporter of the candidate says things which recommends the candidate. Normally, the presidential candidate will also have their own speech.

10:45 Shirogane’s line, “ima no maji no jiko hyouka datta no?“, was translated as “You were talking about yourself just now?”. It is more accurately “that was a serious self-assessment just now?”, which implies he thought Fujiwara Chika was joking, not that he didn’t know who she was talking about.

Most of the tweet parody was not translated. The bottom 2 parts are the “retweet” and “like” counters respectively. The main text reads: “Mr. Purejidento Howaitogoorudo-sama, after school today, is confirmed to to confess love to Miss Baisu Purejidento Fooshurain-sama behind the school building!! Must not miss it ❤ 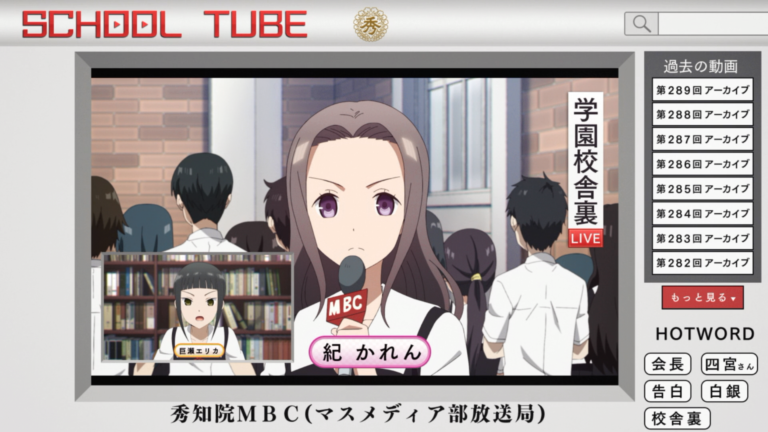 17:14 They said that Iino Miko was “seiseki wa gakunen ichi” which means “(her) grades are first in the school year”. However, the translation was “top of her class”. The same was said of Shirogane which was also translated as “top of his class”. Considering the school is likely to have more than 1 class per year and that being top of 1 class does not mean being the top of all students in all the classes of the year, the official translation does not convey the correct situation.

17:44 Iino calls Ishigami Yuu “furyou” which means ‘delinquent”, but it was translated as “burnout”. 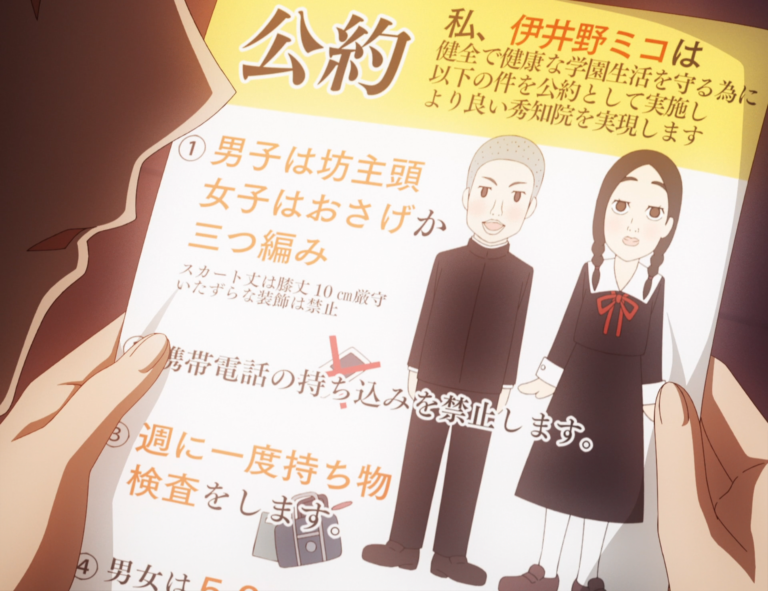 The entire flyer(?) was untranslated. It’s contents would have helped to explain why Fujiwara tore up the paper and wanted to go back to the other side. From top to bottom, it read: