Parodies, references and notes explanations for Watashi Nouryoku wa Heikinchi de tte Itta yo ne! / Didn`t I Say to Make My Abilities Average in the Next Life?! episode 11. 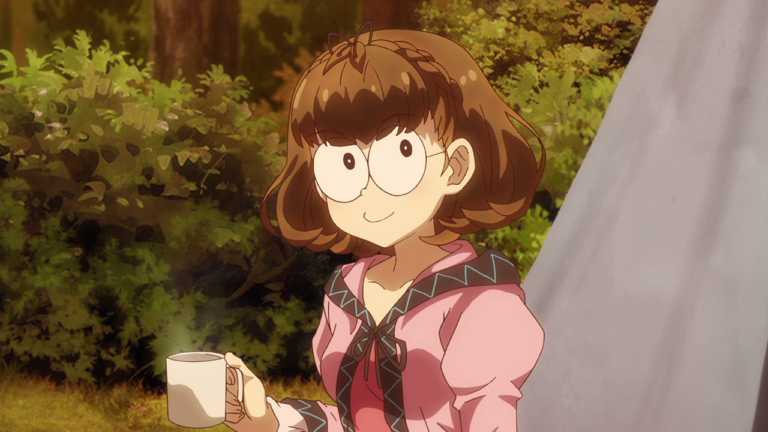 Pauline, Reina and Mavis all seem to have their faces resemble that of Nobi Nobita from the manga Doraemon.

1:15 Mile wondered “Dorae[crow caw] tte konna kimochi datta no kana” (translated as “Did Dorae— —feel like this too, I wonder”), which is a reference to the titular robotic cat Doraemon from the manga Doraemon. In the manga, Doraemon was often depended upon by Nobita to provide him with various convenient gadgets similar to the other 3 girls are of Mile. 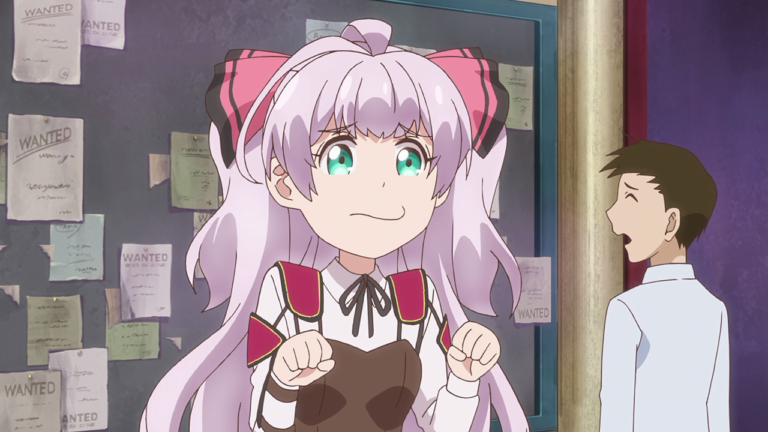 Mile is drawn in the style of the Doraemon character and she imitates his voice as well while telling a non-present “[sneeze]bita-kun” to wait. The part inaudible under the sneeze was “No” to form the full “Nobita-kun”, the character from Doraemon who depends on Doraemon’s help.

9:05 The “soutou na sacchi nouryoku” part of Mavis’s line was translated as “highly intelligent”. However, it should be more along the lines of “considerable sensing ability”. In the scene, whatever dodged the projectile by Mile probably did so due to an ability to sense danger or something rather than figuring out something via intelligence. 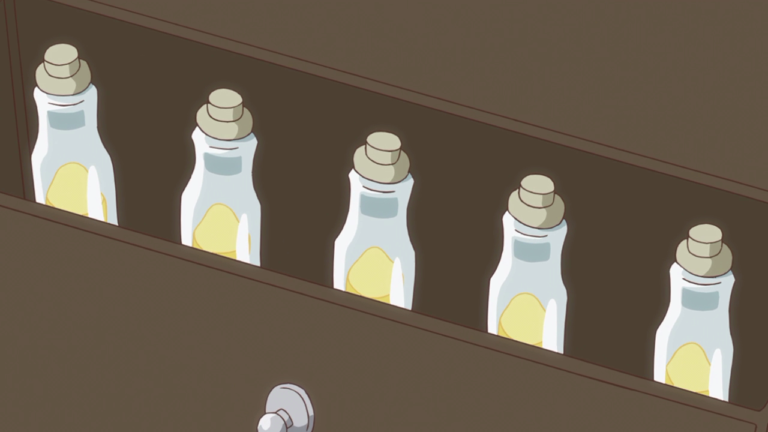 The “Mikurosu” (rendered as “Micross”) is possibly a parody of the Mikurasu / Miclas capsule kaijuu from TV series Ultraseven. The box and 5 capsules also resembles the capsule kaijuu case which contains 5 capsules. 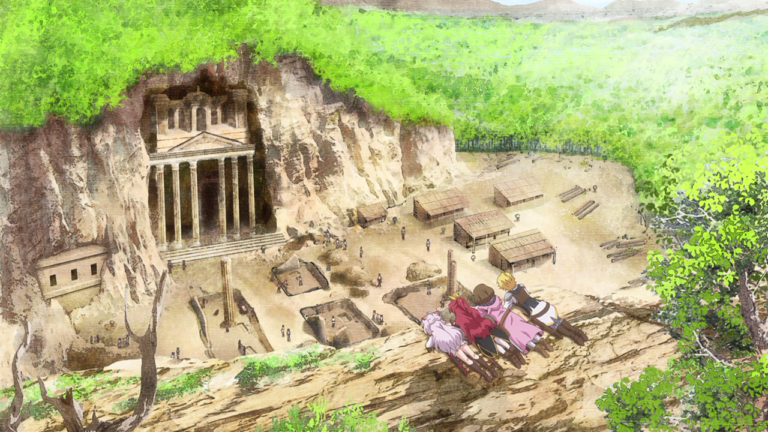 The ruins resembles and is possibly a parody of the Al-Khazneh temple in Petra.

15:55 Mavis says “kono naka de watashi wa saijaku da zo” (translated as “I’m the weakest among us”), which is possibly a parody of the line “yatsu wa shittenou no naka demo saijaku…” (roughly “that one was, even out of the 4 heavenly kings, the weakest…”) from the manga Gag Manga Biyori. 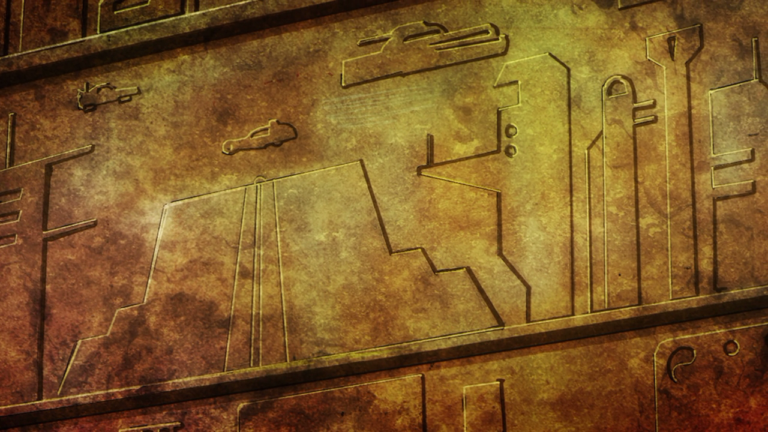 The art (carvings?) on the wall contained various references such the 2001: A Space Odyssey space station, Blade Runner spinner, Thunderbirds vehicles, and the Columbian Golden Jet.

20:00 Mile uses “bakuretsu mahou” (translated as “explosion magic”) which may be a reference to the “bakuretsu mahou” of Megumin from light novel Kono Subarashii Sekai ni Shukufuku wo! which has the same name and is an explosive fire-like magic.