Parodies, references and notes explanations for Watashi Nouryoku wa Heikinchi de tte Itta yo ne! / Didn`t I Say to Make My Abilities Average in the Next Life?! episode 10.

5:12 Mile’s sleep-talk line, “mou onaka ippai desu” (roughly “(my) stomach is already full”) was translated as “I can’t eat any more”, but that would suggest that it is the cliched line “mou taberarenai” (same meaning), which it isn’t. 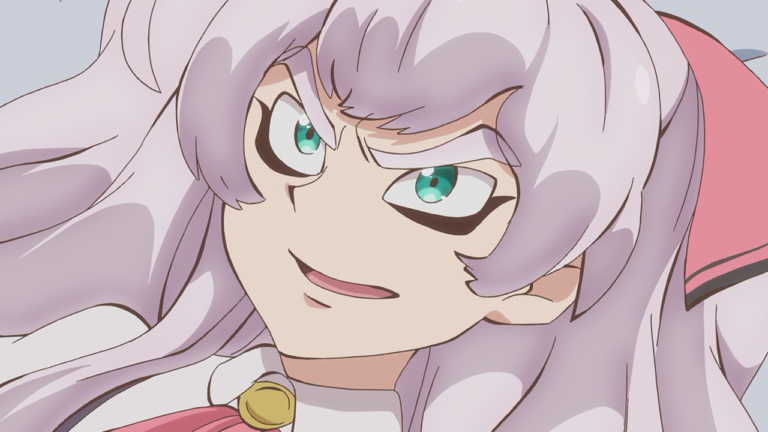 Mile’s line, “Mairu iyaa wa jigoku mimi” (translated as “Mile ears hear all”) , is a parody of “debiru iyaa wa jigoku mimi” (roughly “devil ears are hell ears (ears which never forget what it hears or are the first to hear of any secret)”), which are a line in the lyrics of the 1972 TV series Devilman opening theme song. The face she makes resembles the style of the titular character Devilman. 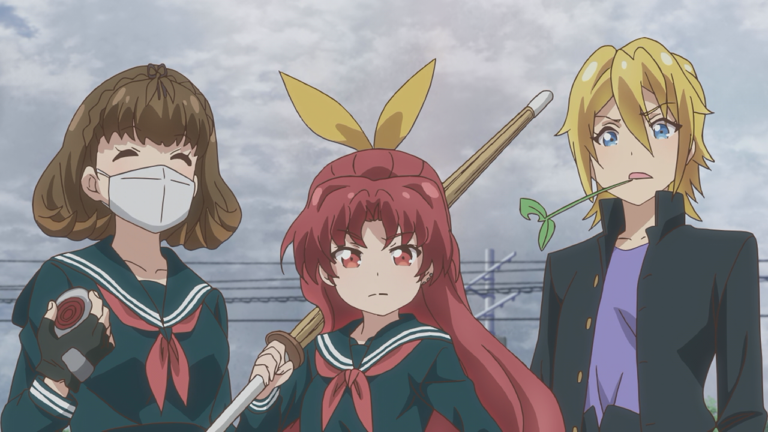 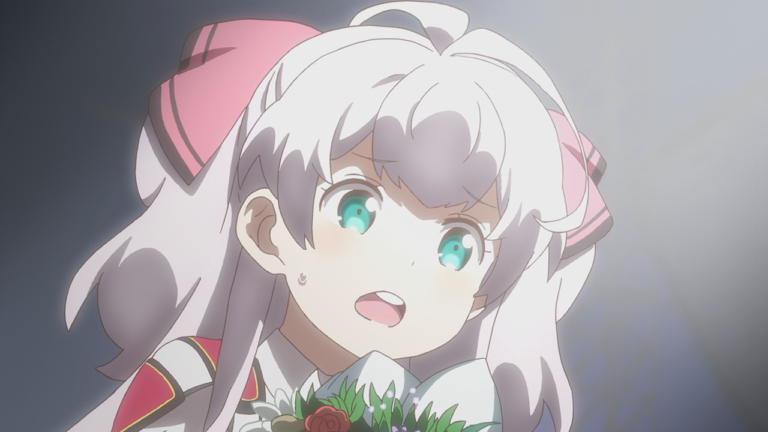 The situation with Mile being replaced in a group on a stage and the concept of “graduation” is probably a reference to the Japanese idol groups which involve members of the group “graduating” (leaving) the group and often new members join the group. 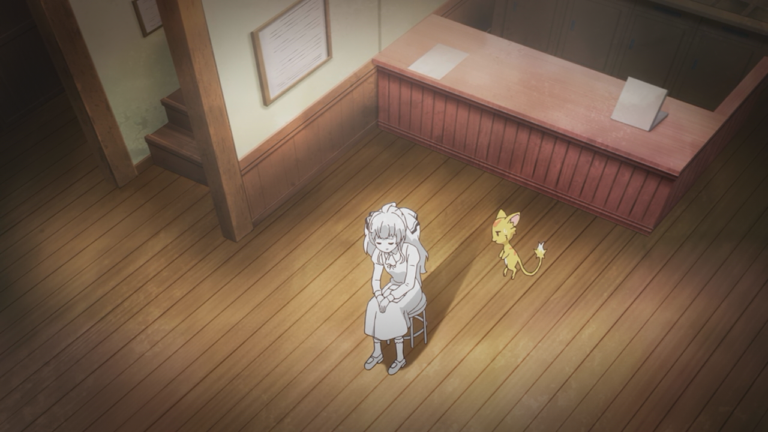 The scene of Mile being all white is a parody of the ending of the manga Ashita no Joe where the main character, Joe, sits on a stool at the end of his boxing match. The lines “Owatta. Nani mo kamo masshiro ni. Moetsukita. Masshiro na hai ni.” (translated as “It’s over. Everything’s gone white… Burned through with nothing left… but white ash.”) is a parody of Joe’s lines in the manga. The original lines by Joe were “moeta yo…. masshiro ni…. moetsukita…. masshiro na hai ni …. ….” (roughly, “burned…. into pure white…. burned through…. into pure white ash….”). The part of the lines after the bolded part are the exact same.

The parts where she asks the old man to take off her gloves (“Otsan otsan yo”, “gurabu hazushite kure”) and for Youko to that “these” (referring to the removed gloves) (“Youko wa iru ka”, “koitsu wo yo moratte kure”) are lines more closely resembling the anime adapatation of the Ashita no Joe ending scene rather than the manga. The lines in the anime were “Otsan otsan yo”, “gurabu hazushite kureya“, “Youko wa iru kai“, “koitsu wo yo moratte kure” (basically the same meaning). The gestures also resemble the scene in Ashita no Joe. Compared to the often parodied/referenced “white ash” part, the part about the gloves has probably never been parodied before. 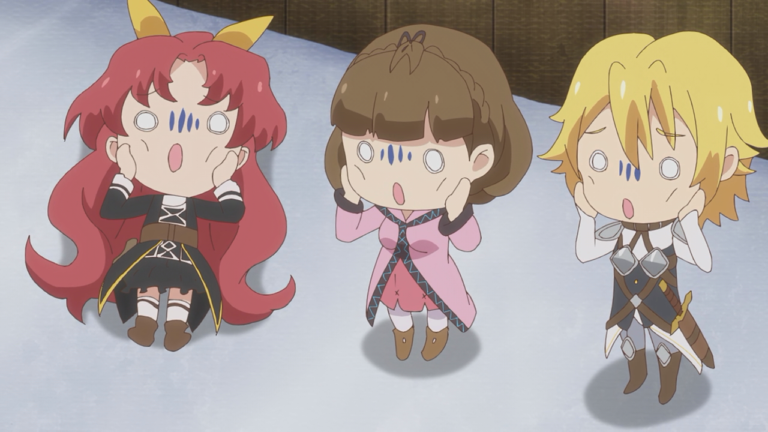 The faces of the figures resemble that of the agonised figure in the Edvard Munch’s painting Der Schrei der Natur / The Scream. 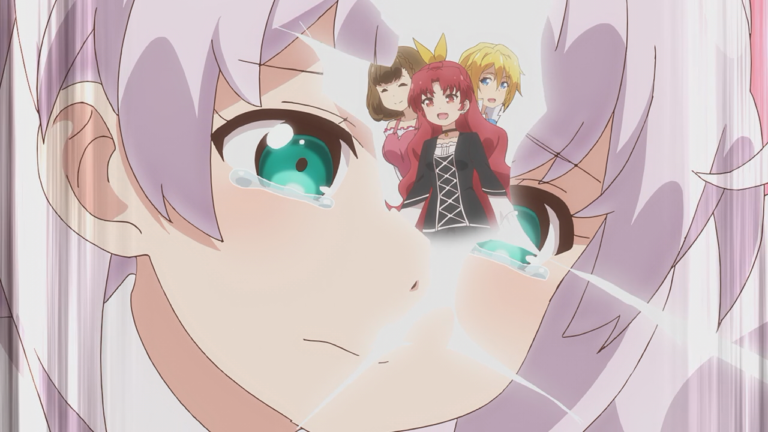 The scene of Mile picturing the other 3 inside the flash of light as if sensing they were in some danger is a parody of the newtype ability of specifically Amuro Ray from the anime Kidou Senshi Gundam / Mobile Suit Gundam.

17:53 “Kusatta mikan no houteishiki” (translated as “the problem of the rotten mikan”) is the reference to a concept in San-nen B-gumi Kinpachi-sensei / Mr. Kinpachi in Class 3B derived from a certain line by a teacher towards delinquent students about a mikan (Citrus unshiu) rotten in a box of mikans. The line talks about the rotten mikan causing nearby mikans in the box to also become rotten, and therefore, needs to be removed to save the other mikans.

18:01 “Mairu! Ushiro, ushiro!” (translated as “Mile, behind you! Behind you!”) is a parody of “Shimura! Ushiro, ushiroo!” (literally “Shimura! Behind, behind!”), the line by audience members to warn performers of a danger they don’t notice coming from behind them in the 8ji da yo! Zen’in Shuugou owarai/variety TV show.

18:05 “Hinyuu ja dame nan desu ka!” (translated as “Is being flat so wrong?”) is possibly a parody of the phrase “ni i ja dame nan deshou ka” (roughly “Is 2nd place no good?”) often used on people who are unsatisfied with anything but 1st place.