Parodies, references and notes explanations for Watashi Nouryoku wa Heikinchi de tte Itta yo ne! / Didn`t I Say to Make My Abilities Average in the Next Life?! episode 9.

8:34 As Mile is preparing to throw Reina, she says “ikazuchi no tori” (literally “bird of lightning”) which is a parody of the “Thunderbirds” from the British TV series Thunderbirds.

9:18 Mile names the move “yatsuzaki poorin” (translated as “Pauline the Shredder”), which is possibly a parody of “yatsuzaki kourin” (roughly “tearing-apart light ring”), Ultraman’s attack from the Ultraman series.

13:44 “kamikaze no jutsu” (literally “god wind technique”) is the name of the technique which gives rise to a gust of wind from the manga Sasuga no Sarutobi. In the manga, the technique is sometimes used to flip the skirts of girls.

13:54 “i no oto no jutsu” was translated as “Stomach Rumble”, but more literally means “sound of stomach techinque”.

14:01 Mile says “Watashi no taan! Doroo” (translated as “My turn. Draw!”) which is a parody of the signature line, “Ore no taan! Doroo!” (which means the same thing but with a different first-person pronoun), of Atem from the manga Yu-Gi-Oh!.

14:13 Recurring again is a parody of Sanada Shirou. 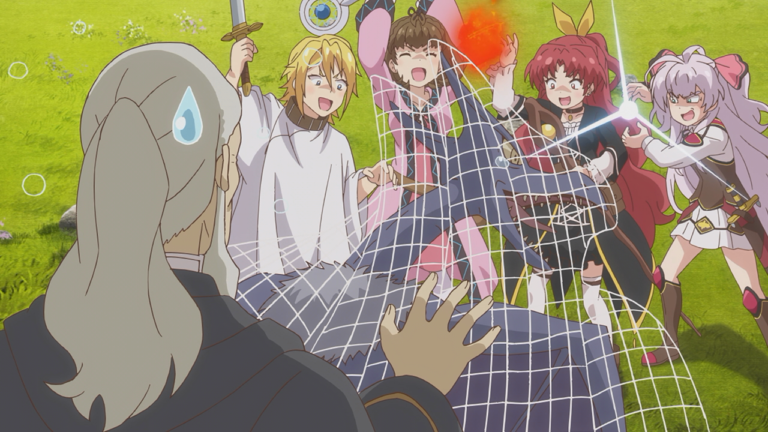 Mile’s face resembles that of Dragonball characters, and her pose and light in her hands looks like an energy beam attack such as the kamehameha attack from Dragonball.

15:08 The flashback story of the wyvern is a parody of the book Rascal: A Memoir of a Better Era. The events such as finding the wyvern, keeping him in the house and releasing him via canoe are basically the same as the book except the raccoon is replaced with a wyvern. At about 16:34 Mile calls the wyvern “Rascal” which is the name of the raccoon in the story.

16:38 The translation of “kaichou Gyaos” was merely “Gyaos bird”, but should be more something like “strange bird”. The “kai” in “kaichou” is the same “kai” in “kaijuu” which means “strange beast”. Gyaos is the name of the kaijuu which first appeared in the film Daikaijū kūchūsen: Gamera tai Gyaosu / Gamera vs. Gyaos. Gyaos resembles the wyvern here somewhat. At 17:09, Mile references that Gyaos’s cry is “gyaa”.

16:44 Lopross is the name of the huge robot in the form of a pterodactyl from the manga Babel Nisei / Babel II.

18:27 Bibiru Nisei translated as “Baffled II” is a parody of the title of the manga Babiru Nisei / Babel II and the titular main character. Mile called him the name because he called the wyvern “Lopross” by mistake as if he were Babel II. 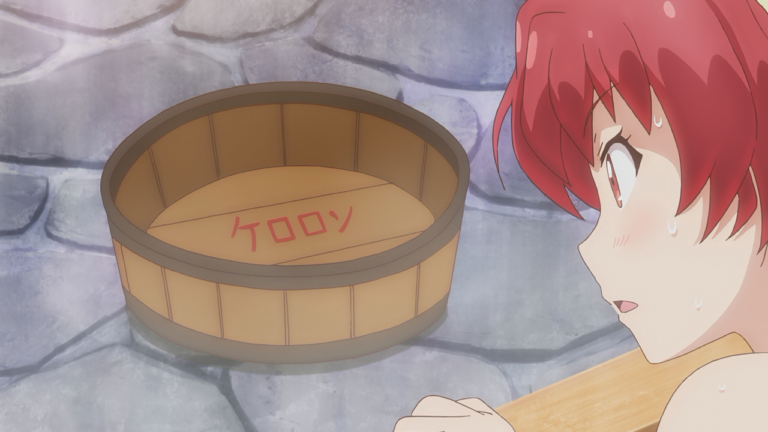